Chief of Defence Forces General Robert Kibochi has concluded a three-day visit to troops at Mariakani Garrison in Kilifi county, Manda, Sarira and Baure in Lamu County, and, Wajir, Konton and Burahache in Wajir County as part of his end of year official visit to Services, Formations, Bases and Forward Operating Bases.

The CDF‘s visit was aimed at boosting the troops’ morale as they continue with operations, affirm the personnel’ operational and mission readiness as well as convey messages of happy holidays and new year.

In his address to the troops, General Kibochi emphasized on high level training, better equipment and improved health care systems as the pillars that enhance the mission readiness of a soldier.

He noted that upgrading of the health care system has ensured that KDF personnel receive the best medical services from the various level IV regional hospitals in Eldoret, Isiolo and Kahawa in Nairobi.

“The first pillar of mission readiness for a soldier is high level training. To ensure this all soldiers are to continuously train in order to effectively fight the adversary. The best welfare for a soldier is first-class training,” he said.

CDF observed that there are many training institutions in KDF and, “National Defence University-Kenya is meant to upscale knowledge in KDF and certify most of the KDF trainings we have,” said General Kibochi

He further noted that efforts to better equip the soldiers were underway and various modernization programs for infrastructure were already ongoing. He also spoke about future projections to improve the mission readiness of the force.

“Kenya Navy projects such as the midlife refit of Kenya Navy Ship Shupavu undertaken by the Kenya Shipyards Limited (KSL) will contribute greatly to the National Industrial Development,” said the CDF.

The CDF encouraged the troops to register with Defence Savings and Credit Cooperative Society to help them budgeting for their money wisely, provide banking services and, access to regulated and affordable loans.

“KDF will soon introduce a veterans’ affairs department to ensure that its personnel access KDF facilities even upon retirement,” he added.

At Wajir Air Base, the CDF noted that modernization of KDF equipment was on track and are being manufactured to specifications that they have been designed to meet.

CDF encouraged the troops to keep soldiering on and remain extra-vigilant, especially, during the festive season to deter and defeat any threats to security.

During the visit, General Kibochi laid a wreath at Mariakani Garrison and Kenya Navy Base Manda Bay monument in honor of service personnel who paid the ultimate price in defence of the country’s sovereignty and territorial integrity.

He also visited Mariakani Garrison Hospital and Kenya Navy Base Manda bay Trauma Center to assess their operational levels and cheered-up patients, at the latter, who are recuperating.

Present during the visits were the Service Commanders and Formation Commanders at their respective Service cantonments. 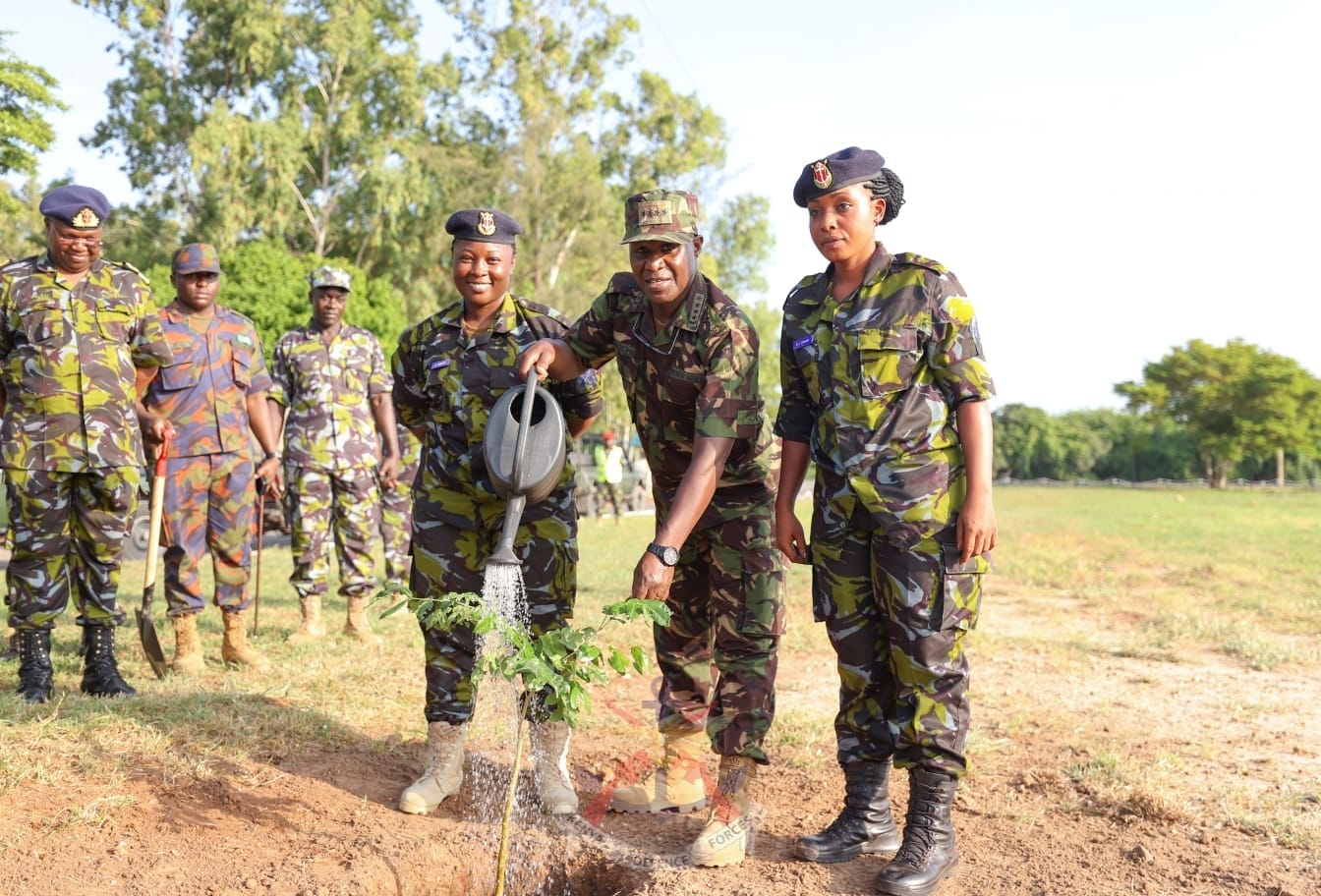 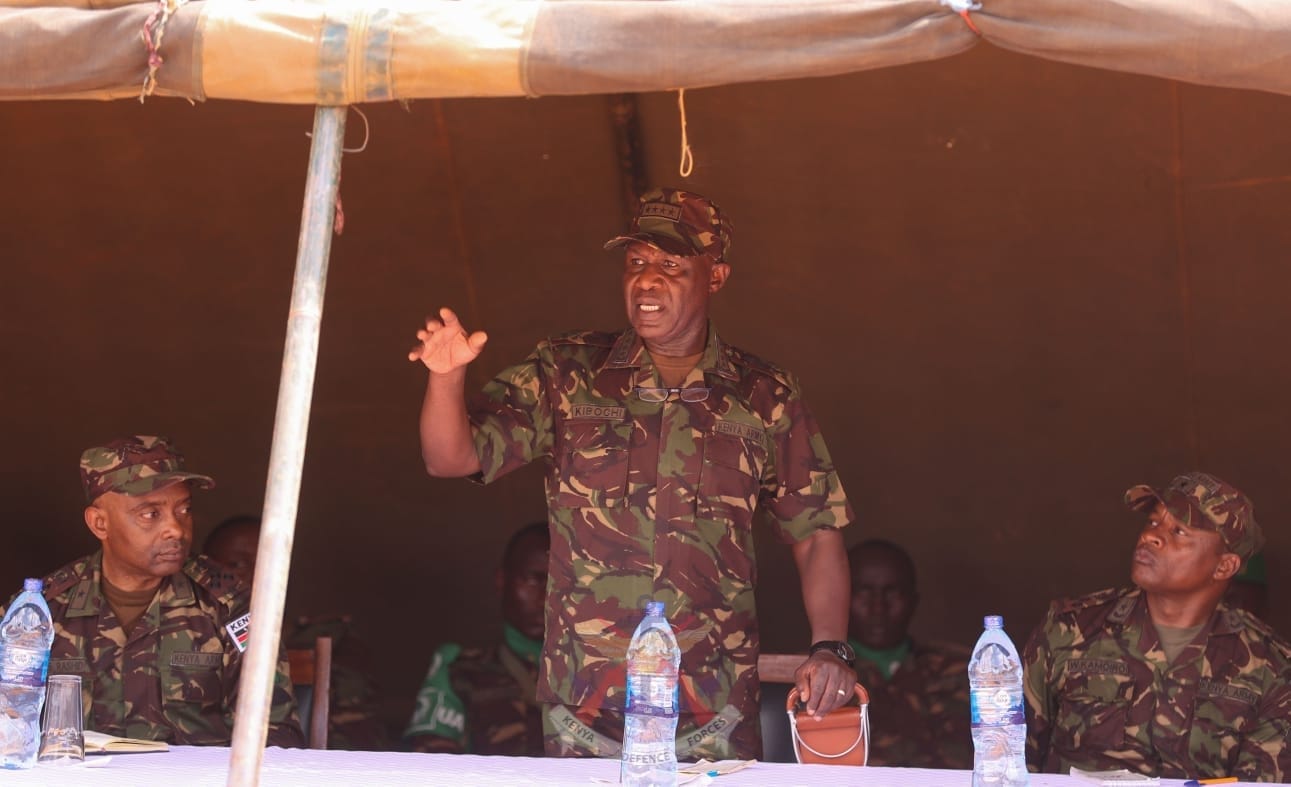 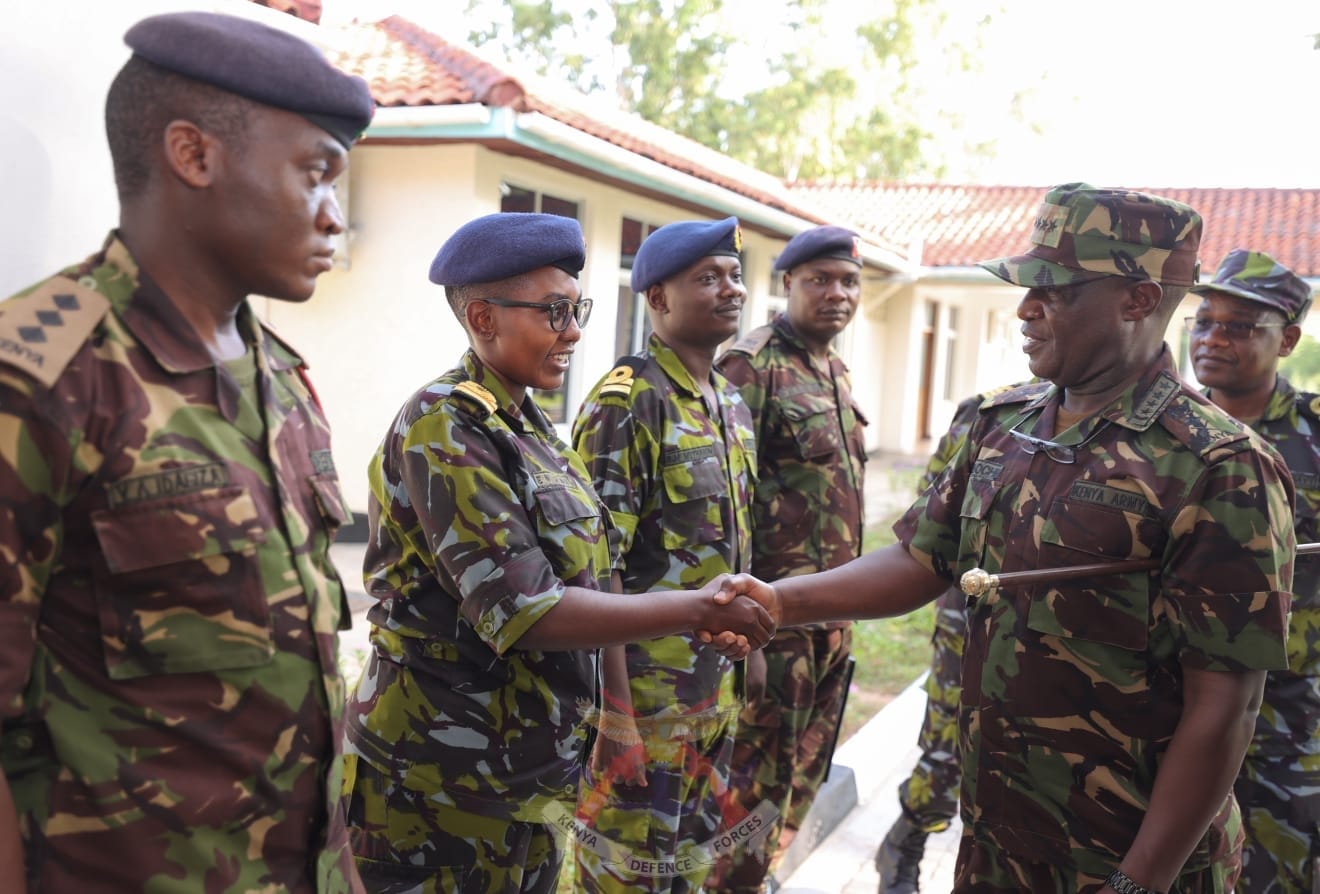 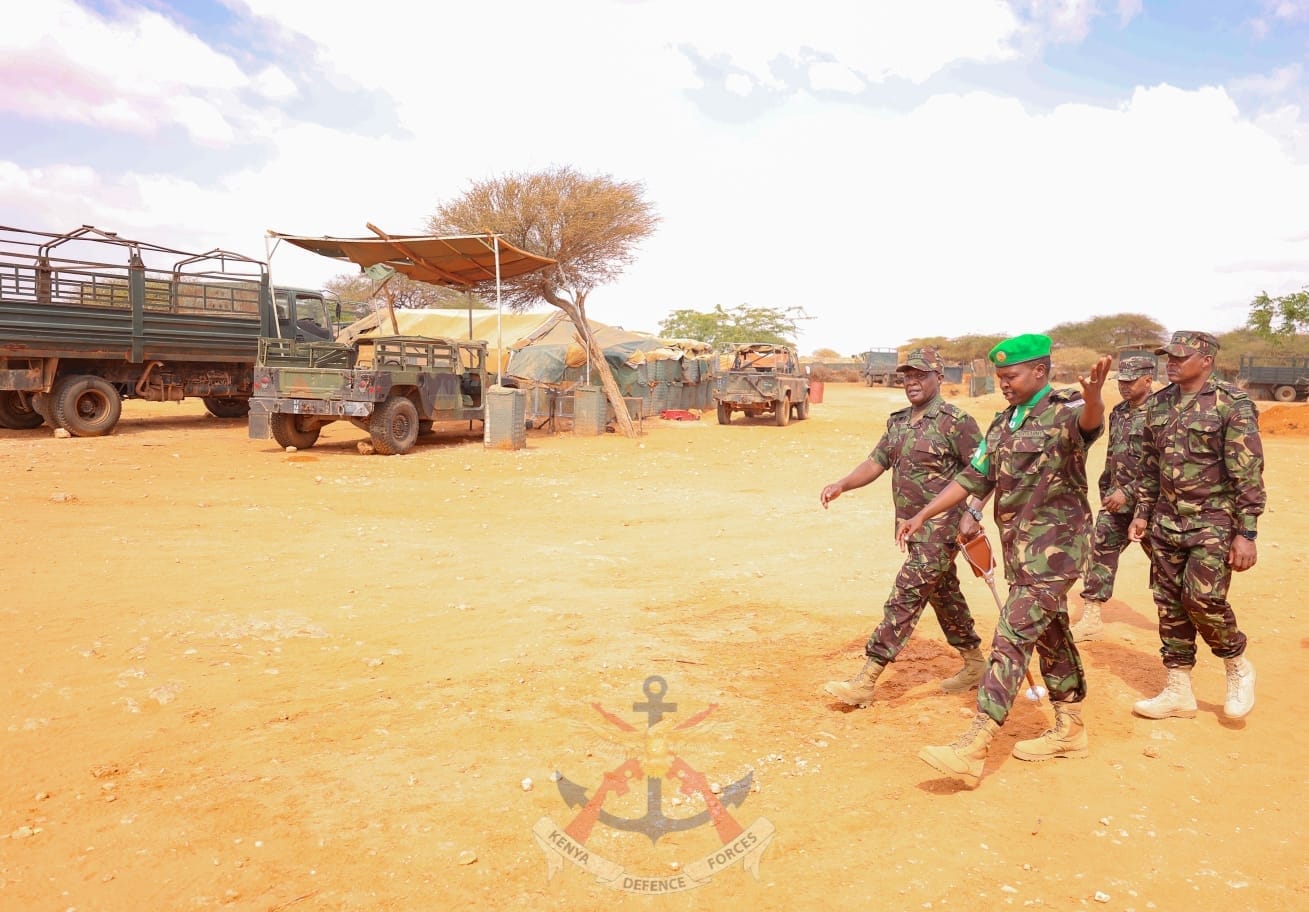 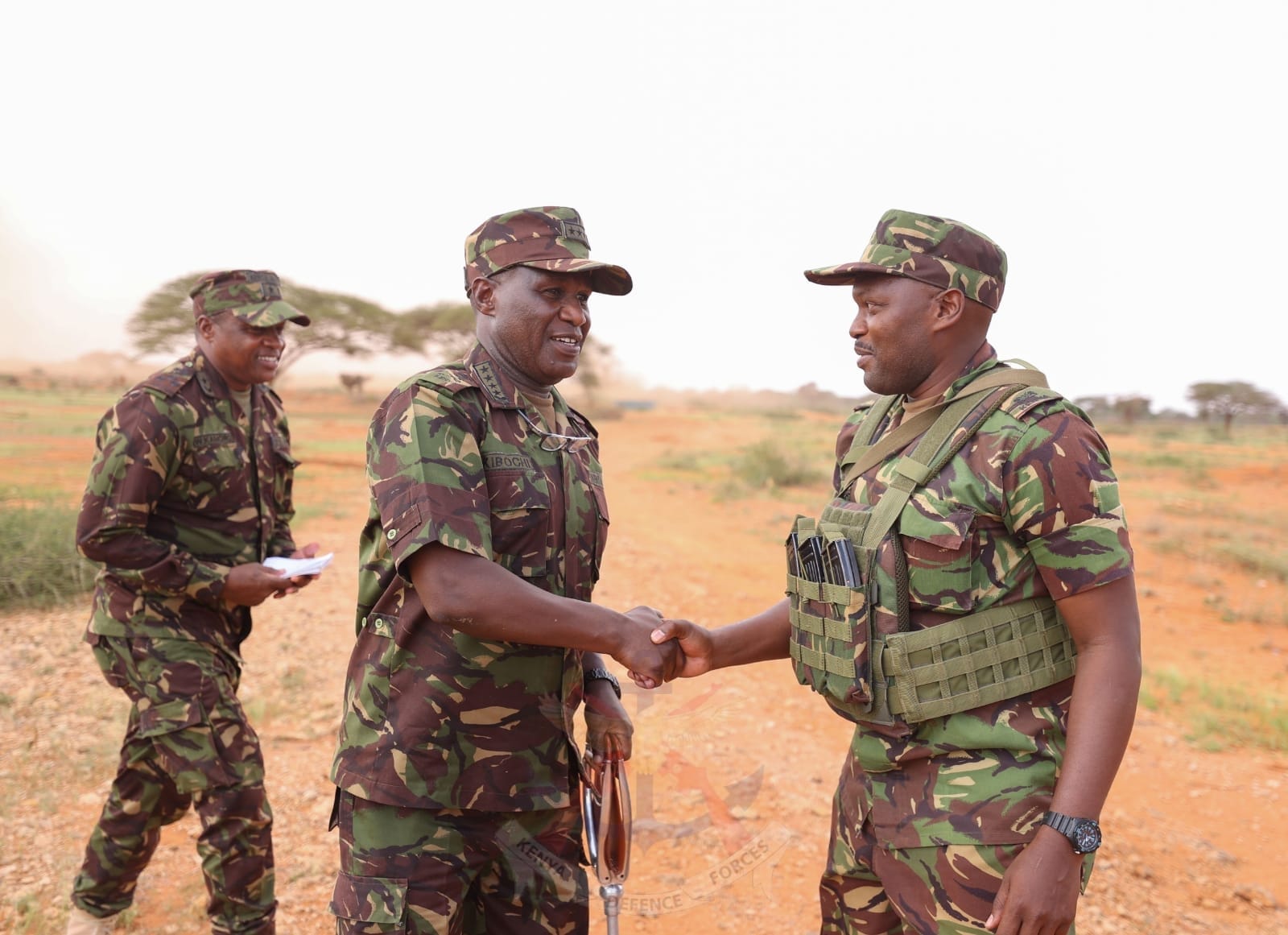 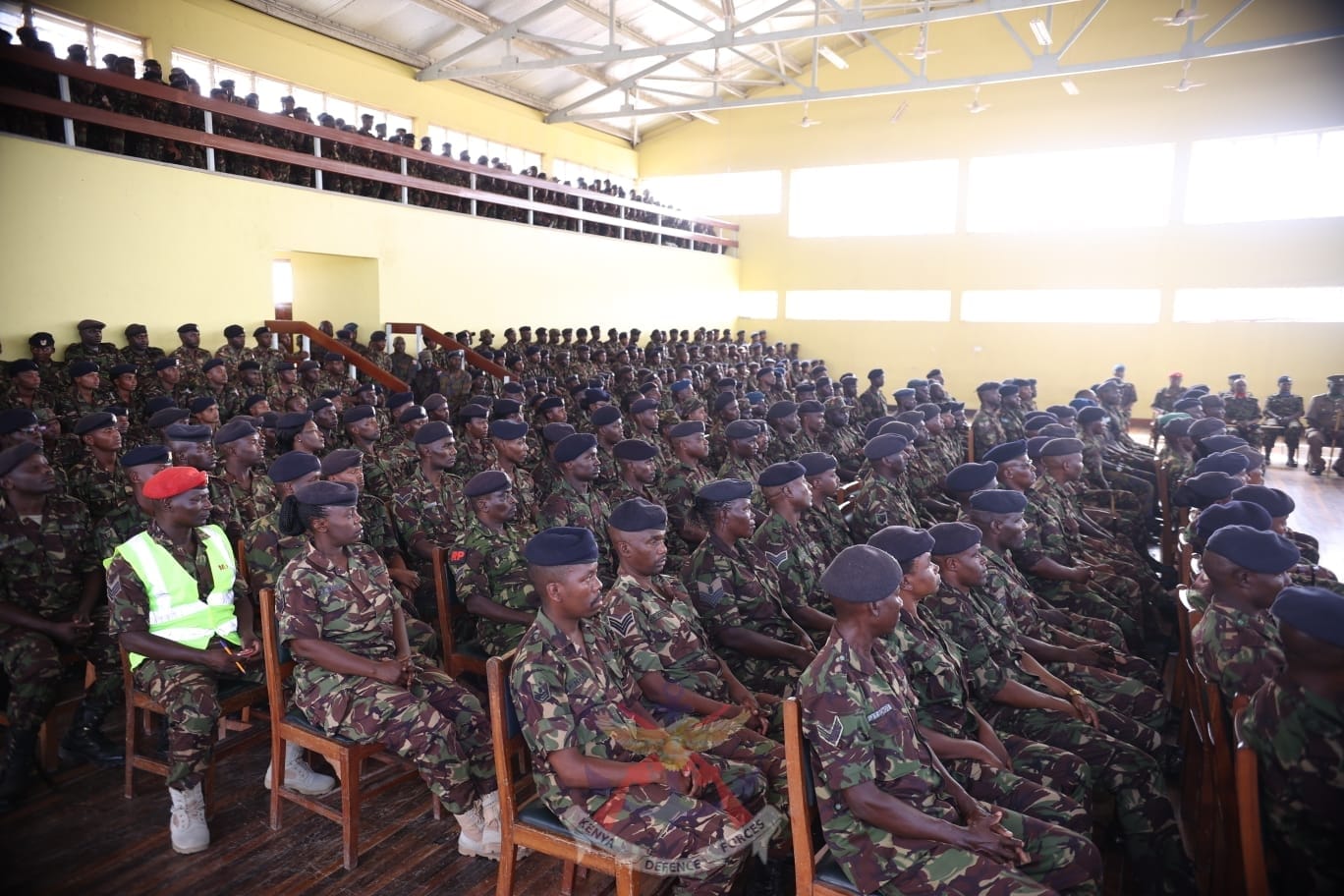 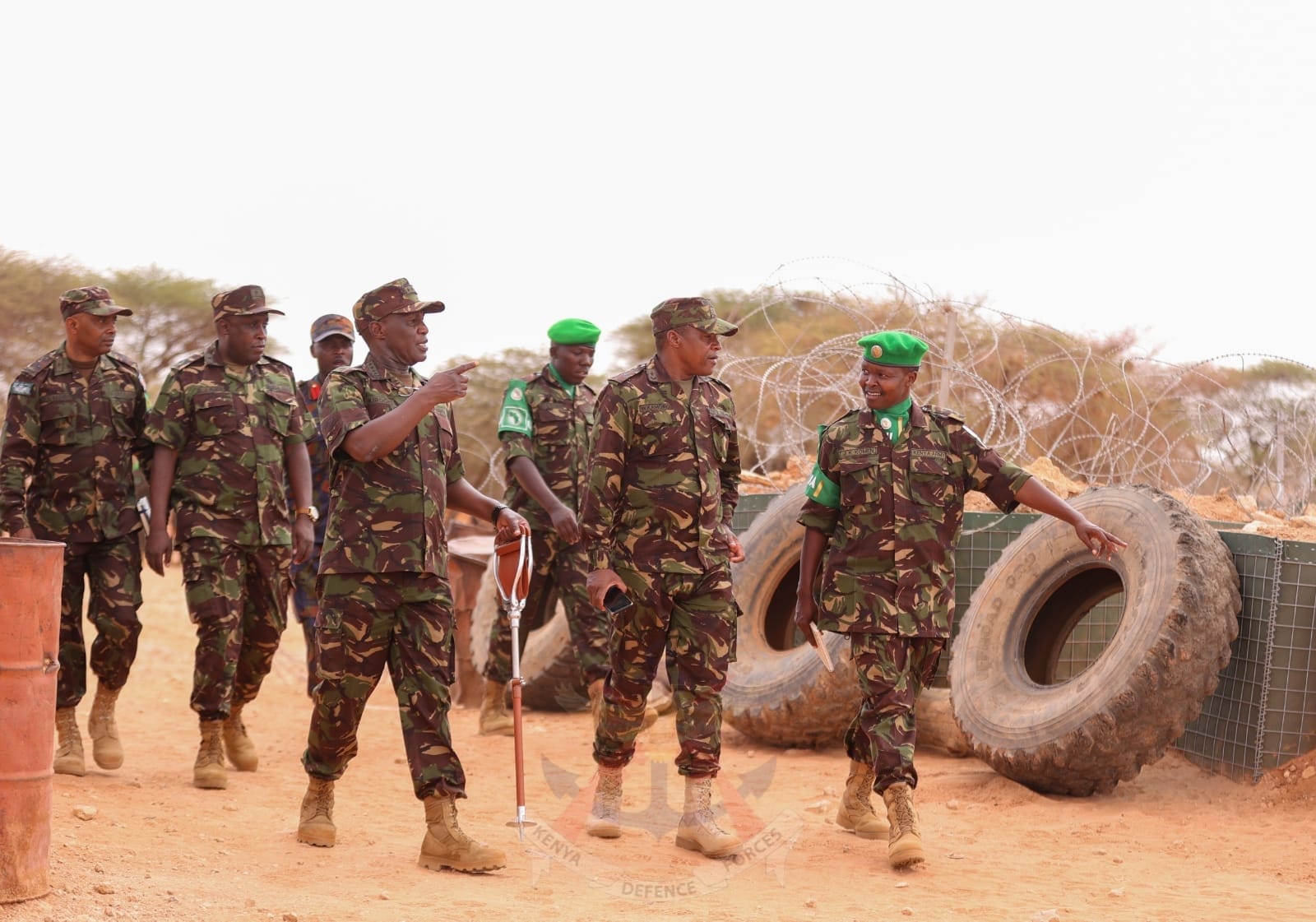 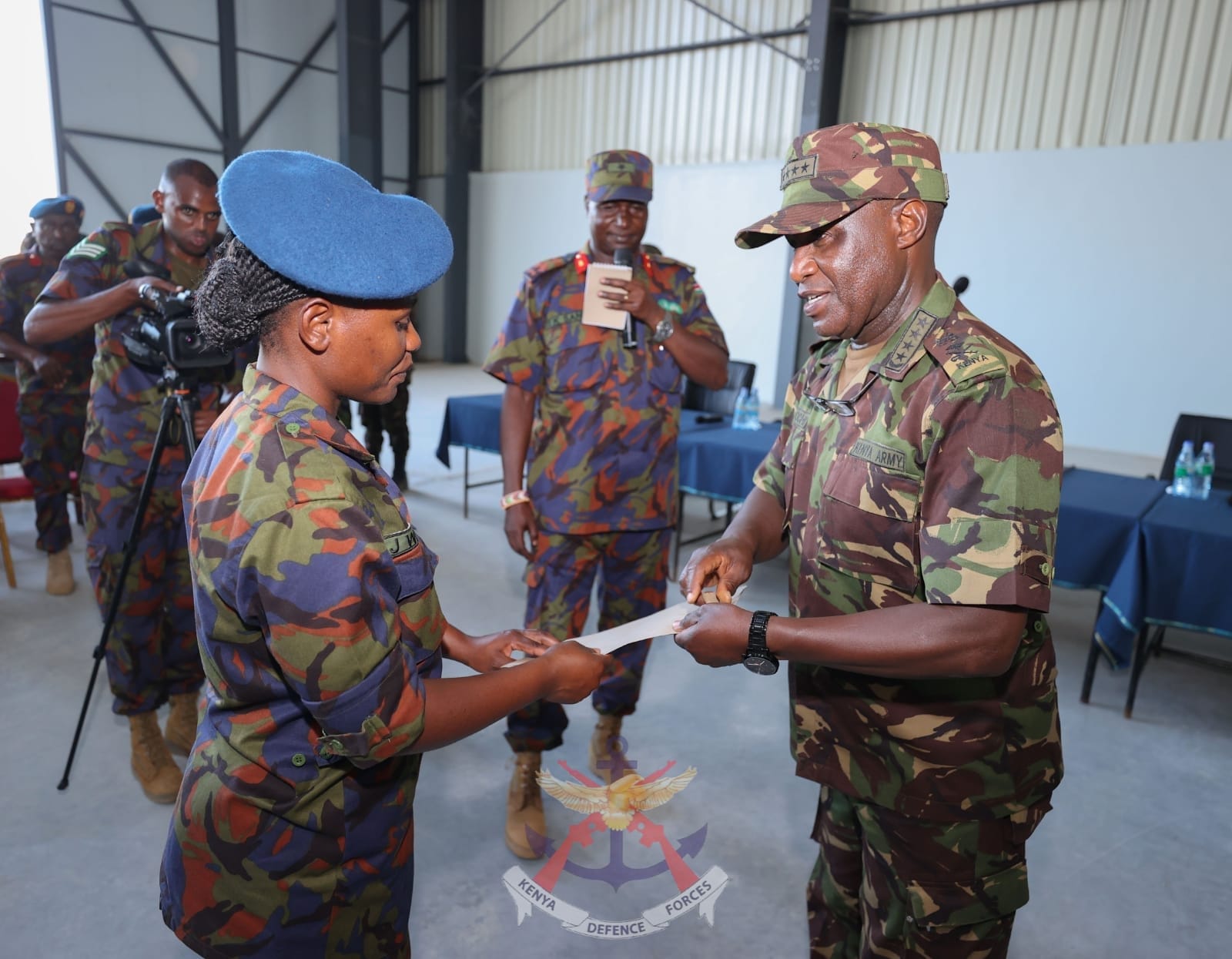 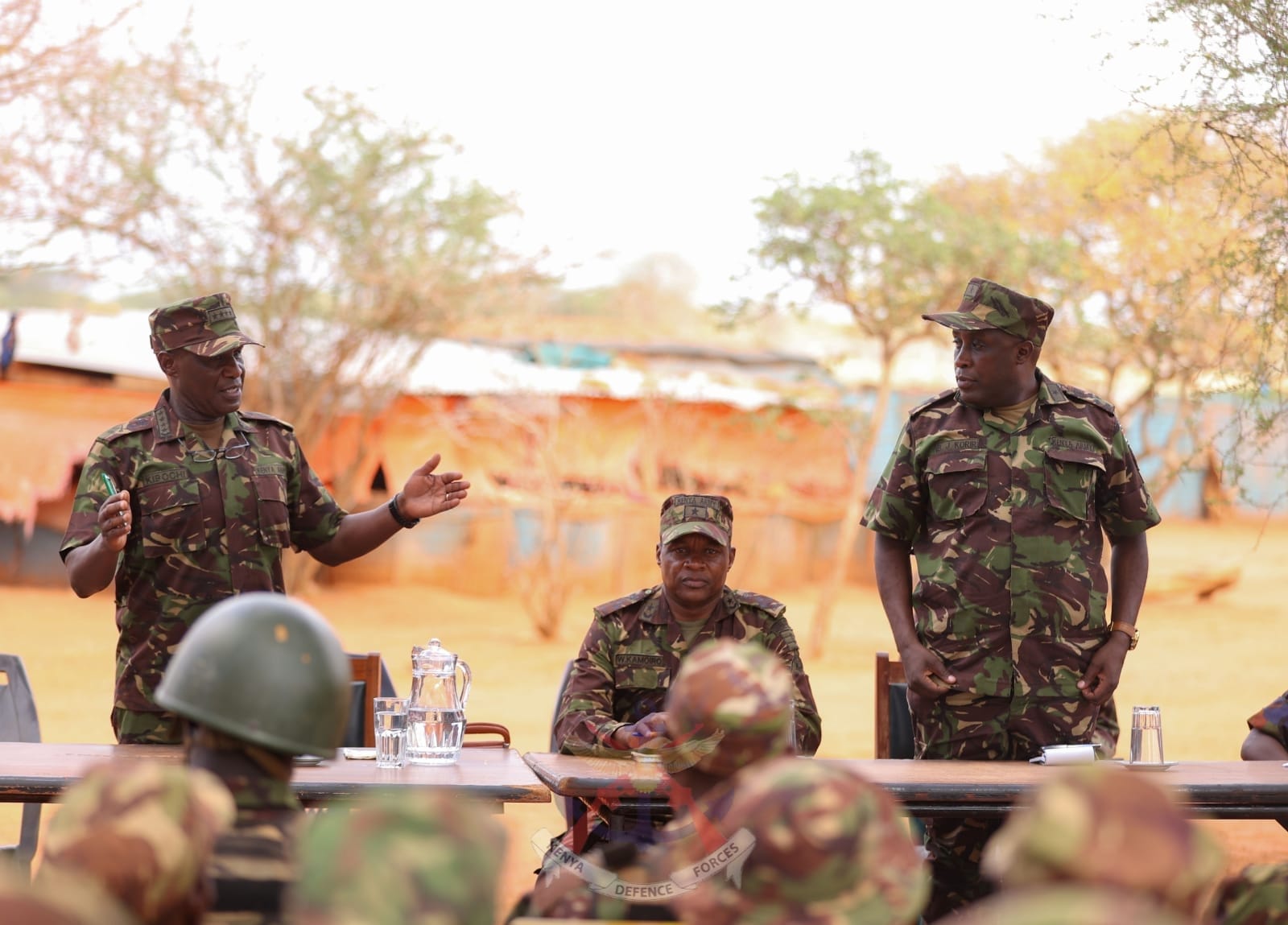 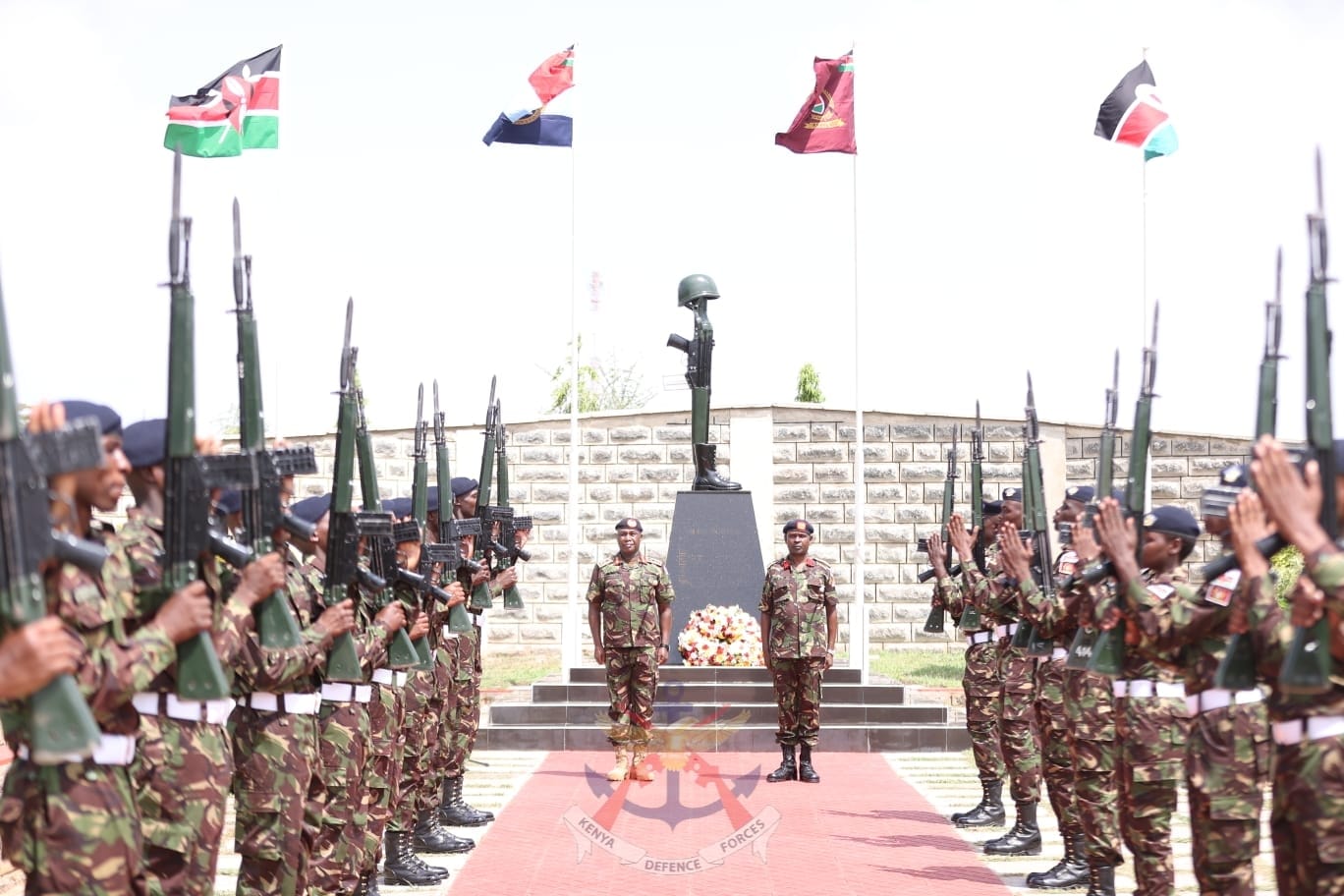 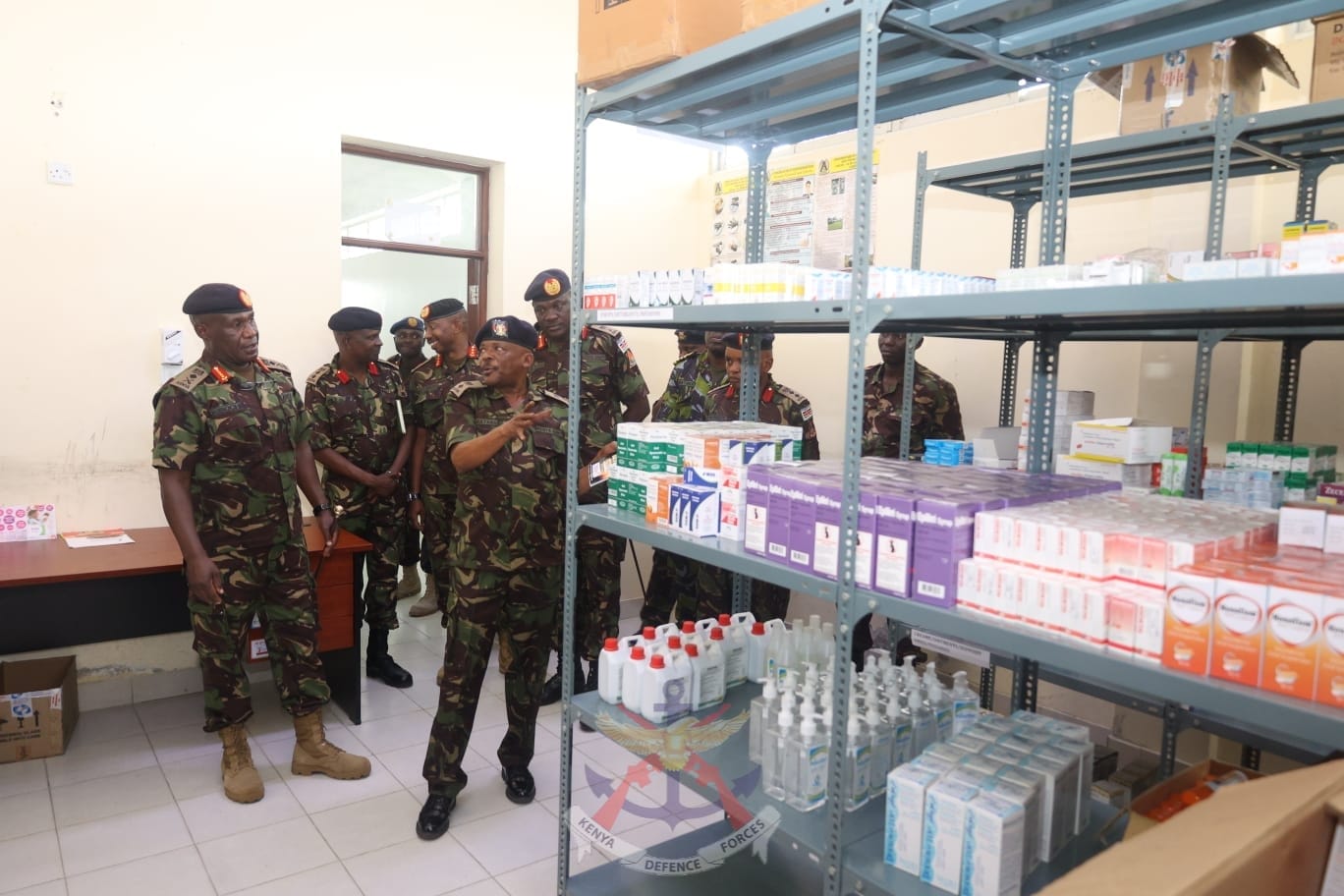 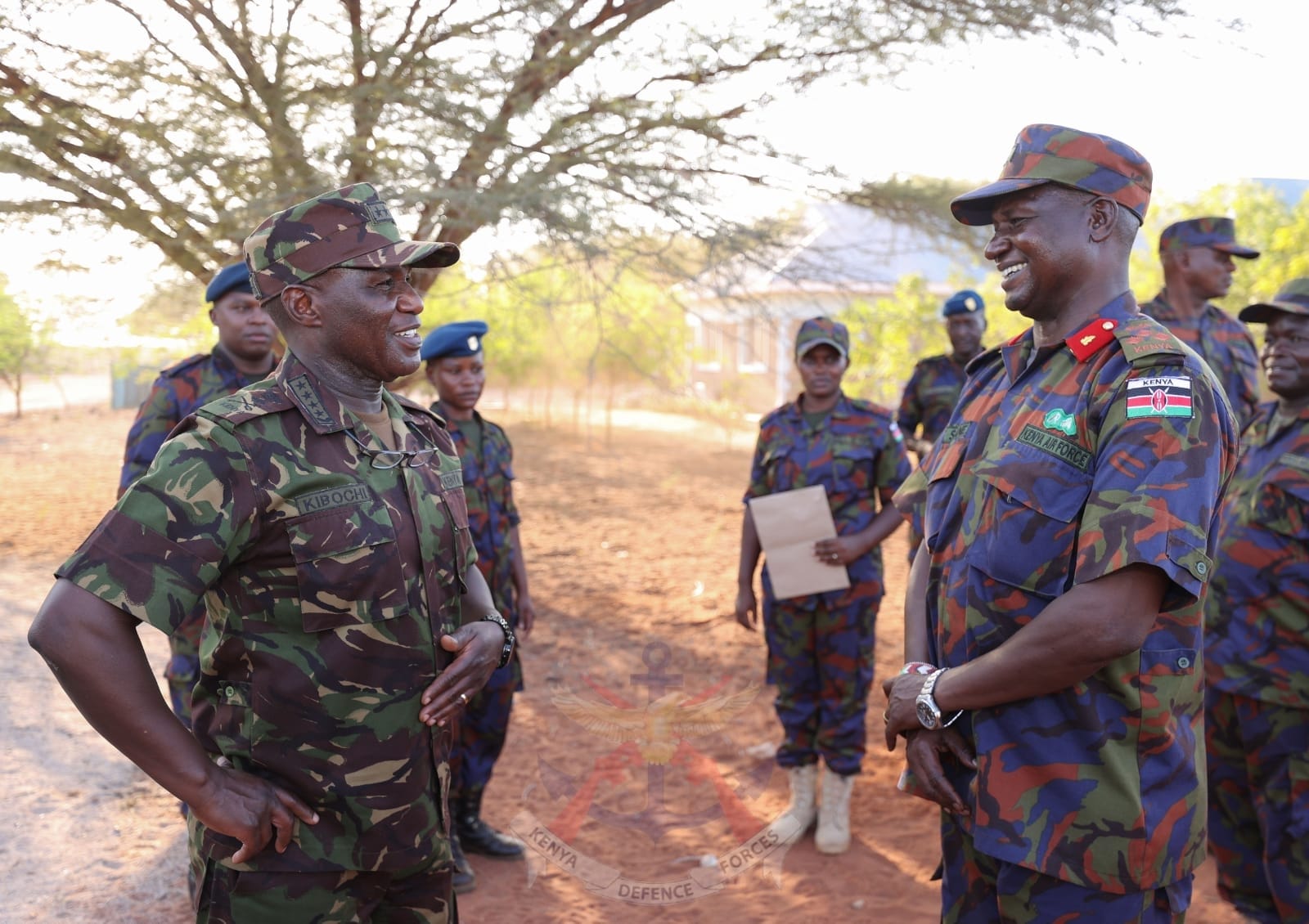 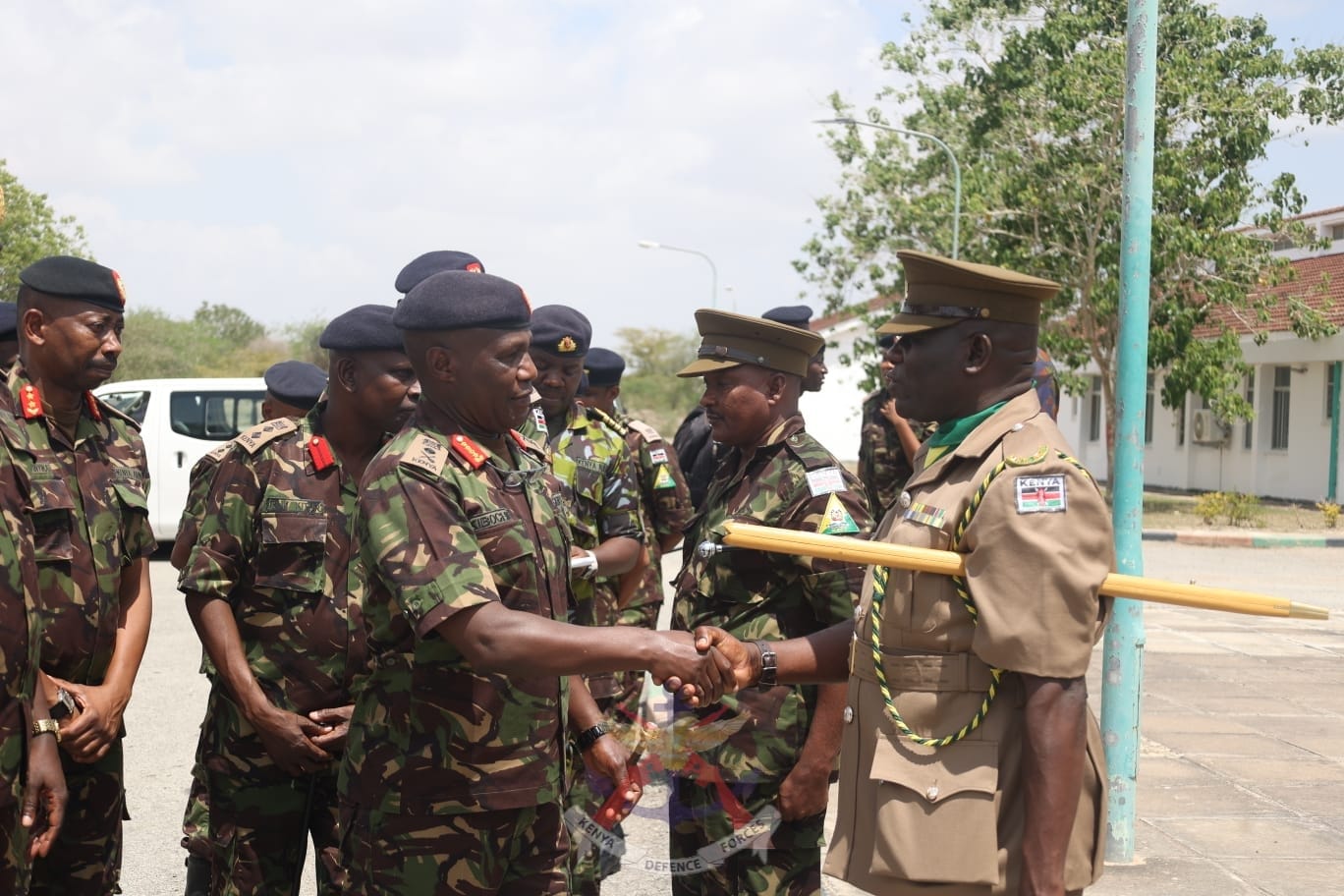 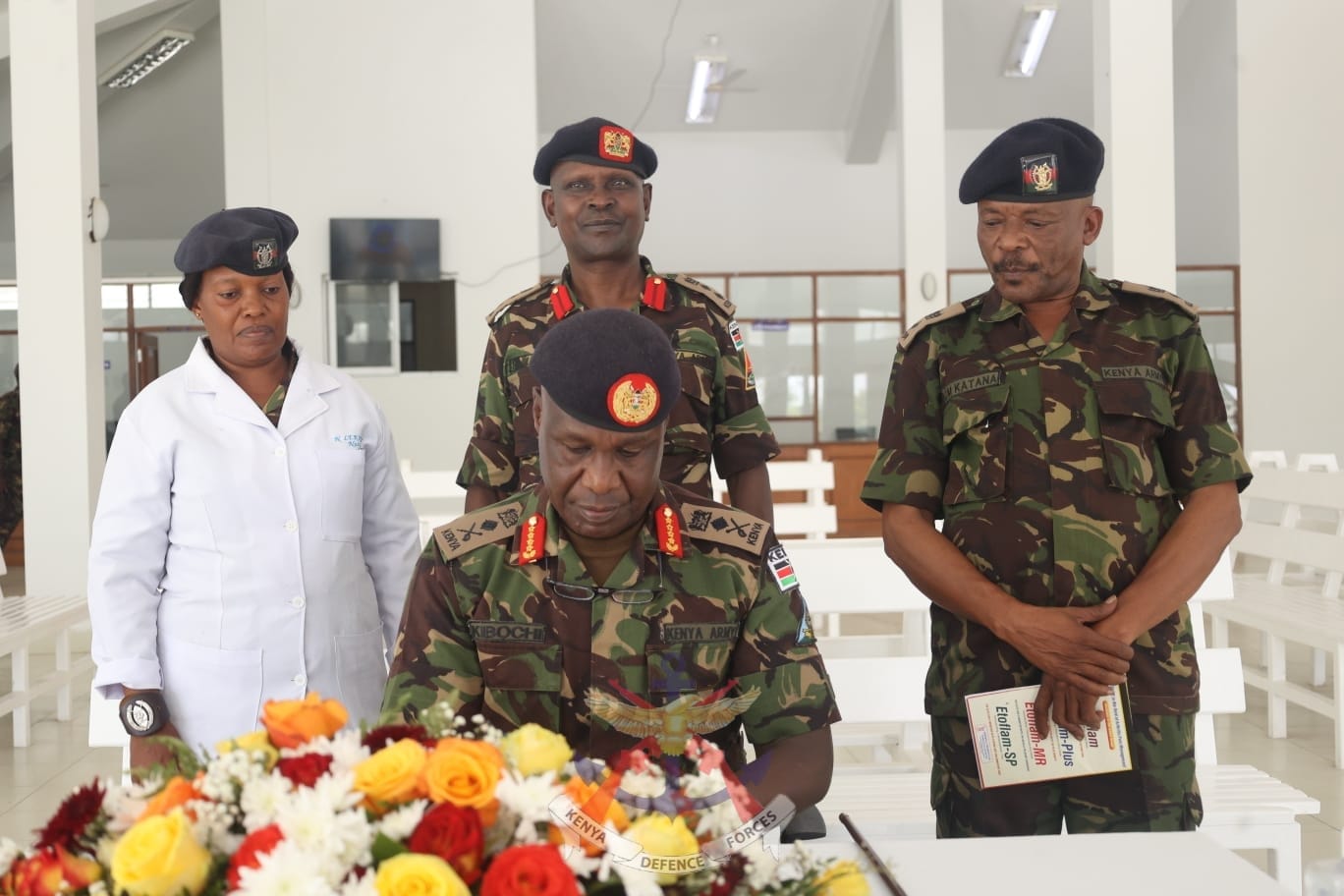 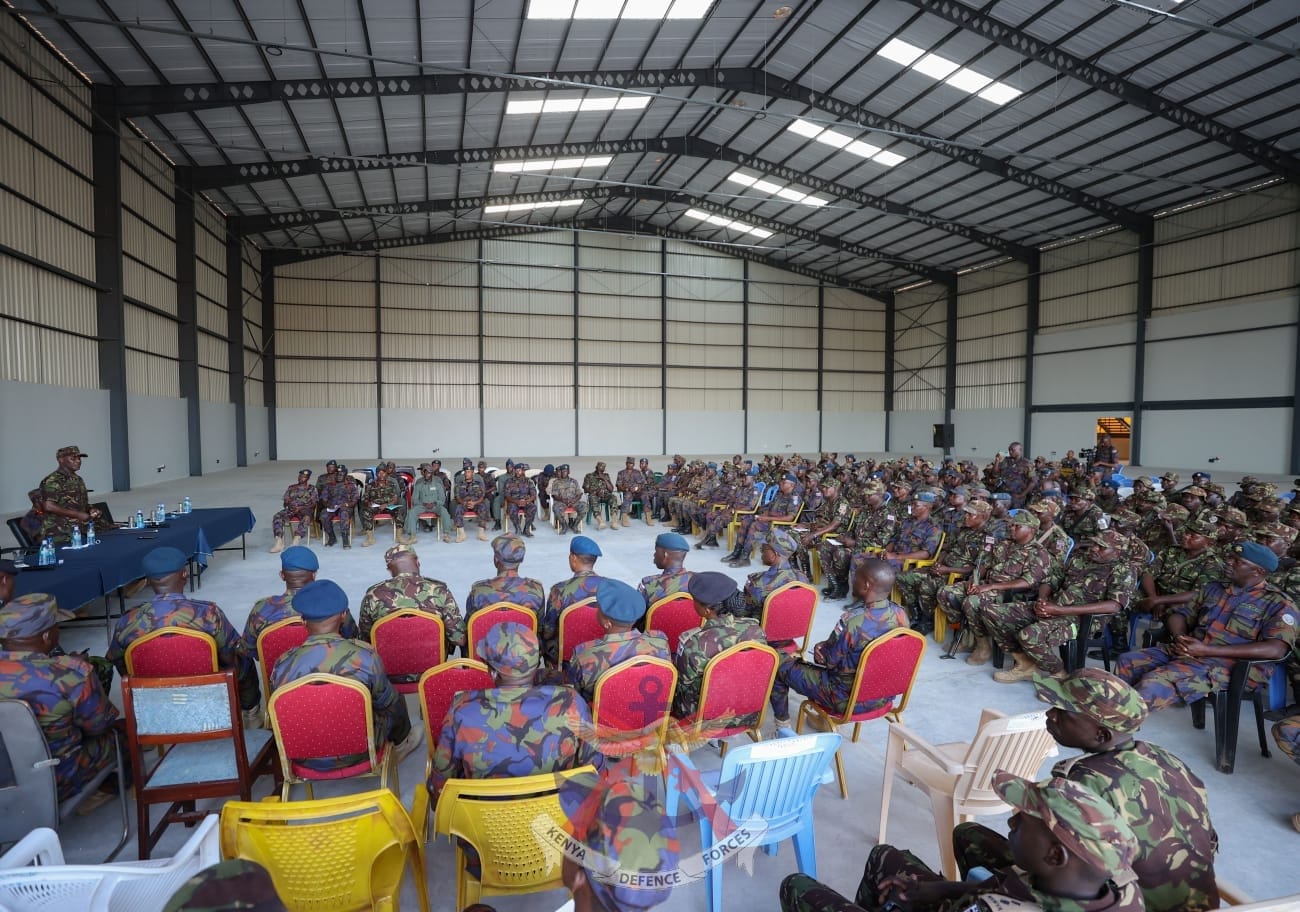