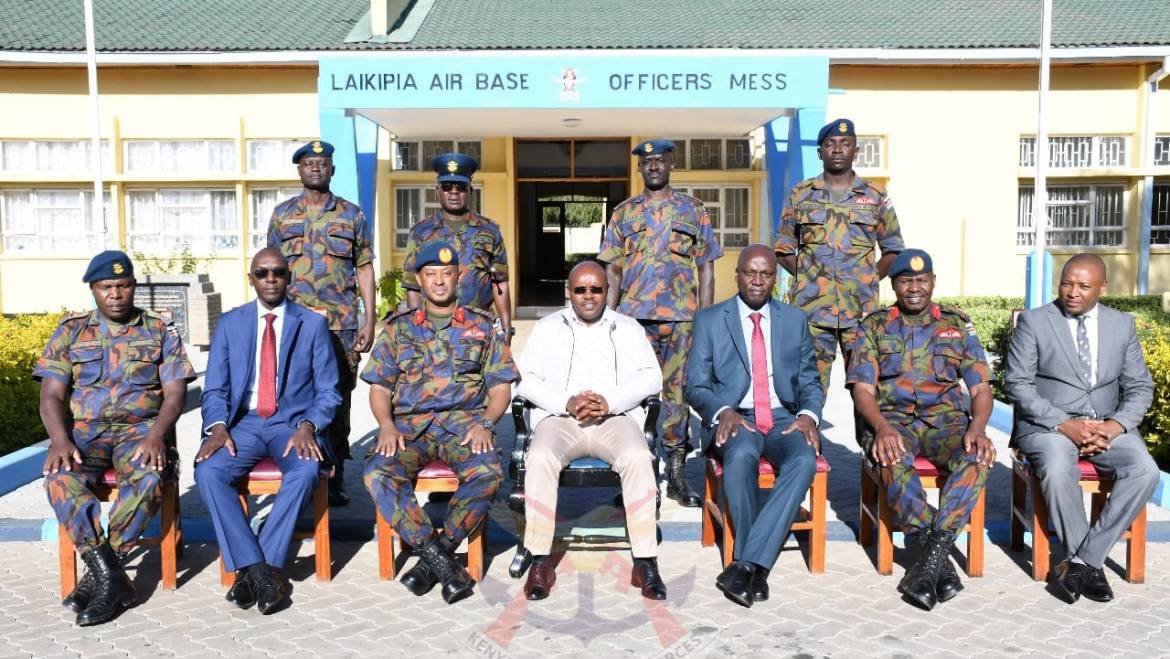 Principal Secretary (PS) in the Ministry of Defence Mr Patrick Mariru on Thursday, 05 January 2023, made a maiden tour of Laikipia Air Base (LAB).

The PS was received by the Base Commander LAB Brigadier Mohamud Farah who briefed him on the operation of the Base at the Officers’ Mess Conference room.

Mr Mariru was then taken for a tour around the Base where he viewed an aircraft static display, an ongoing liquid nitrogen and oxygen plant, engine test cell and the Aviation Center of Excellence (ACE). 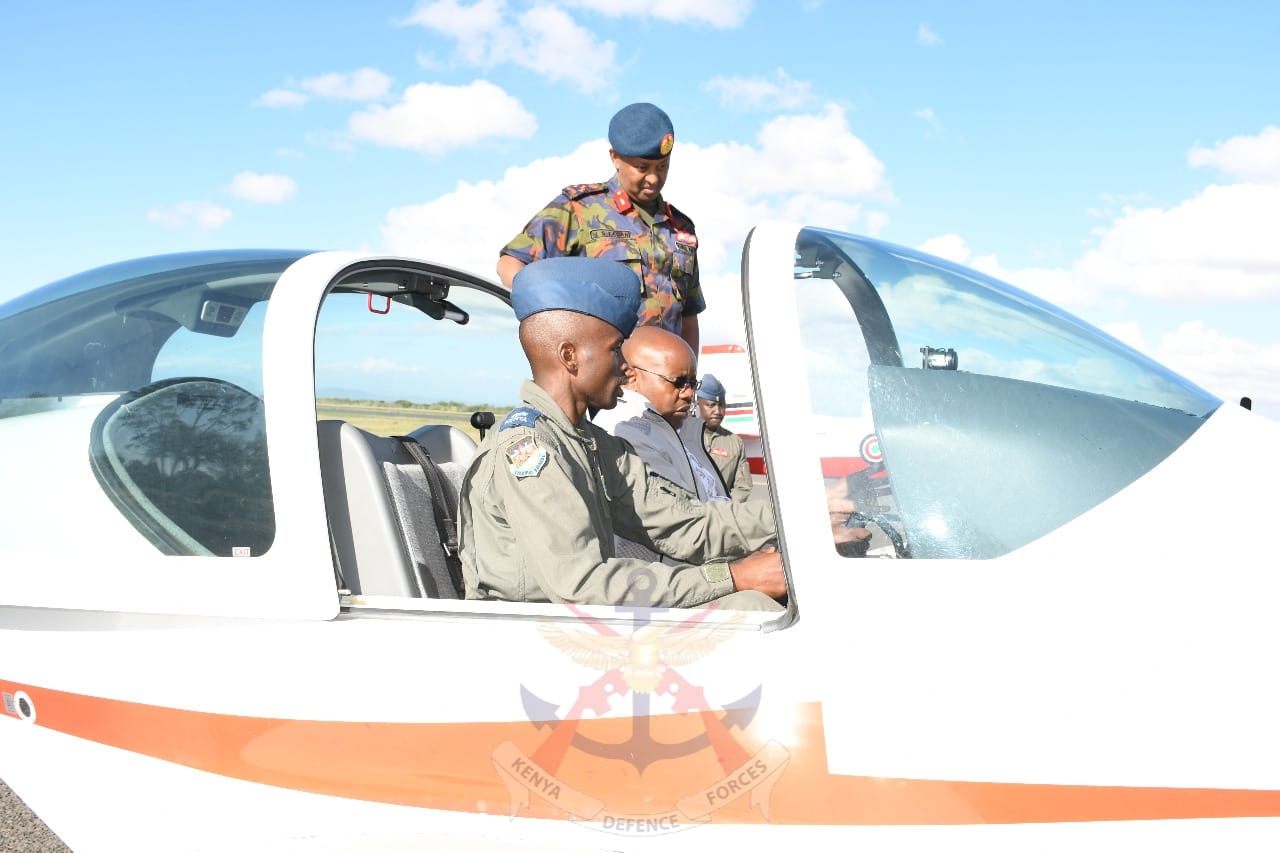 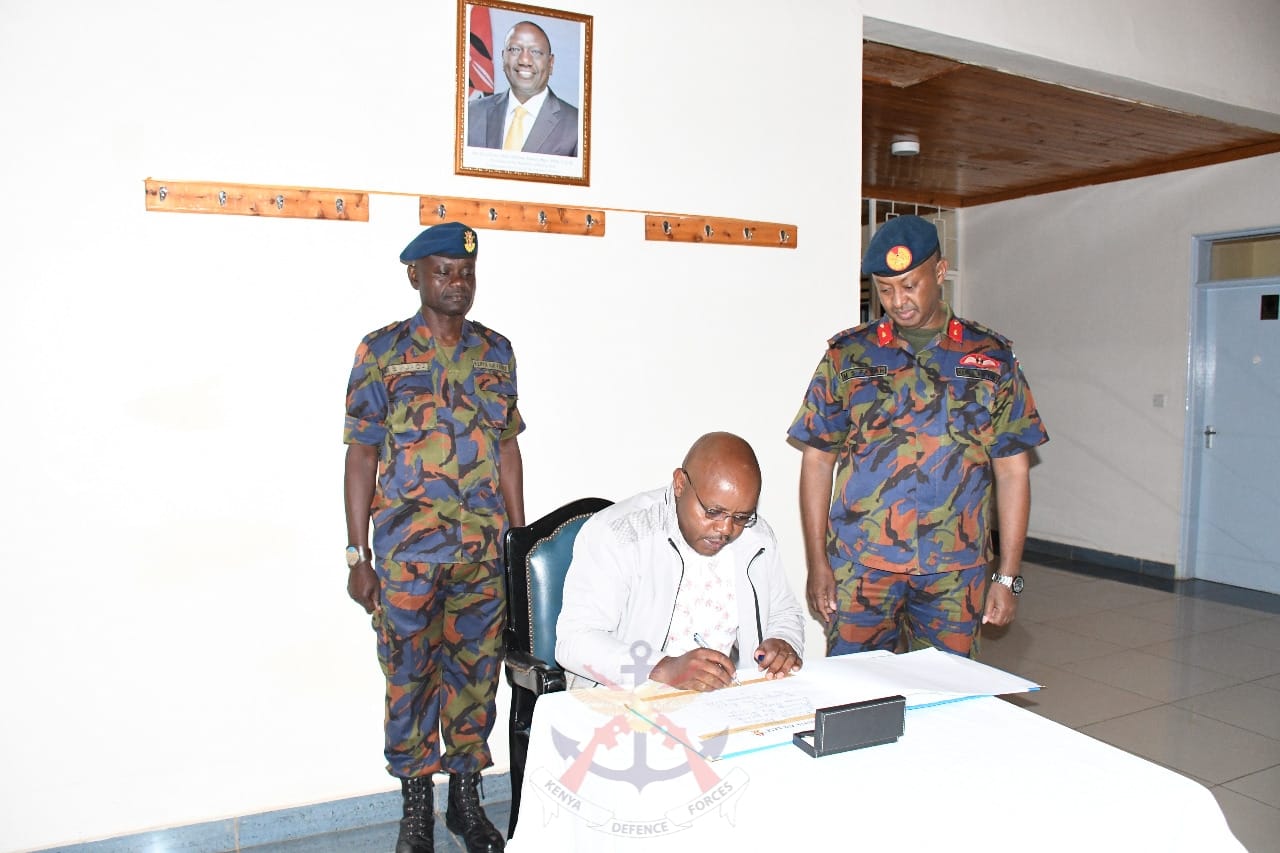 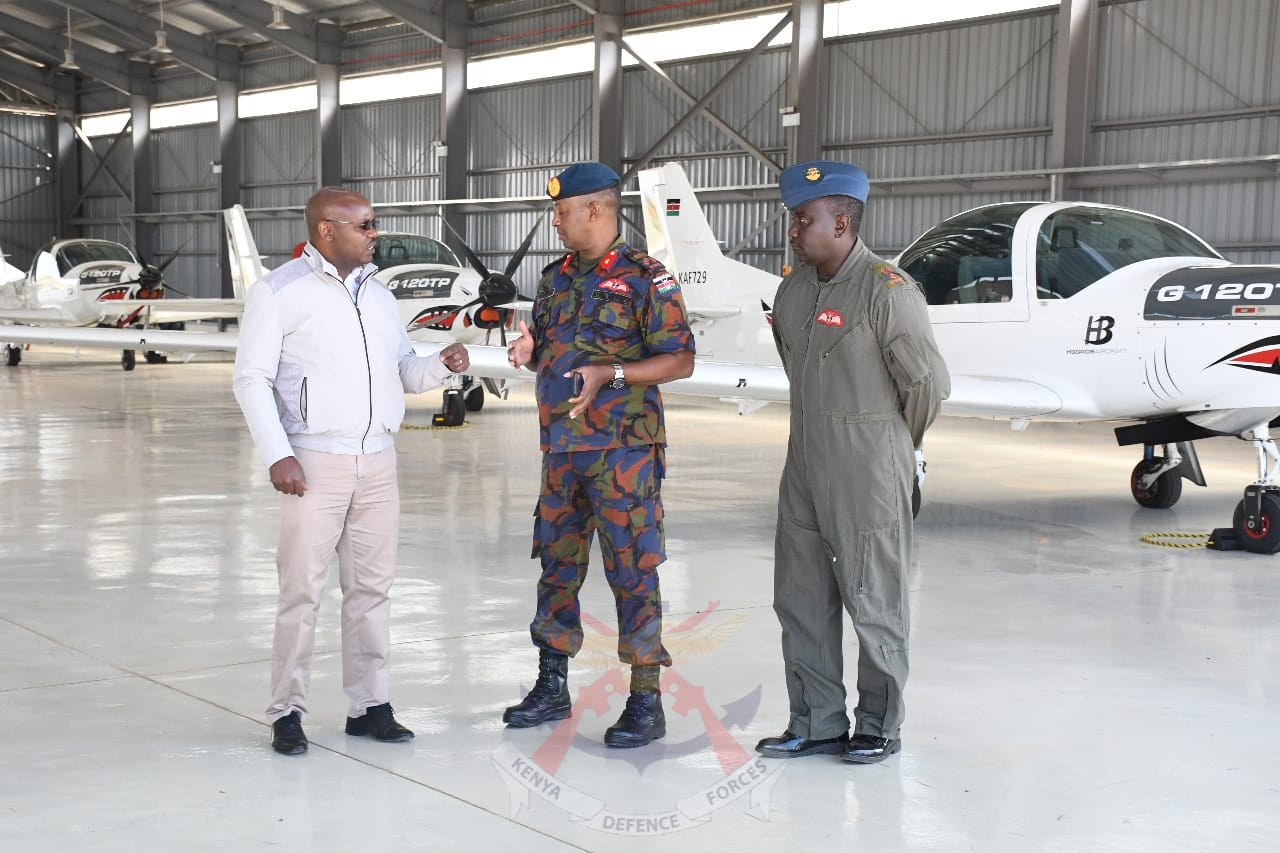 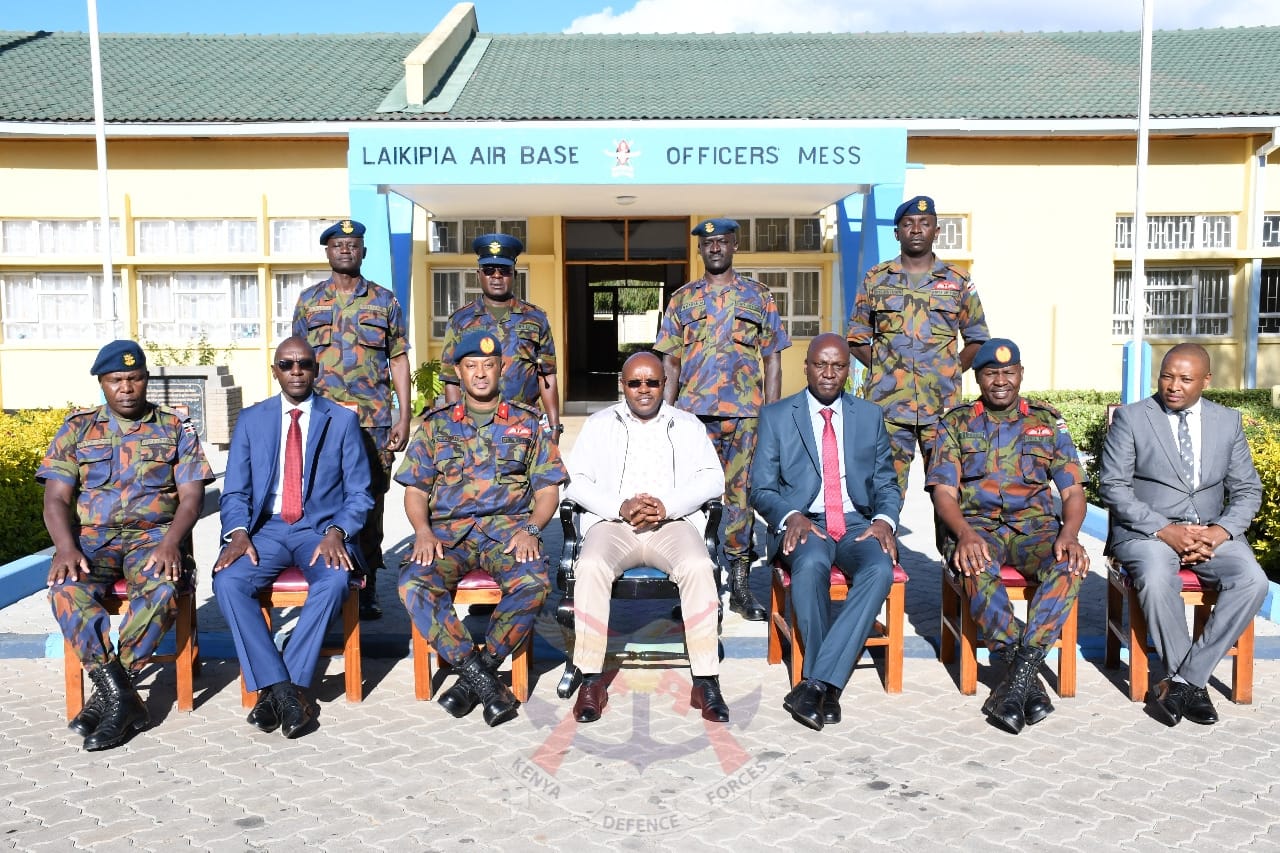 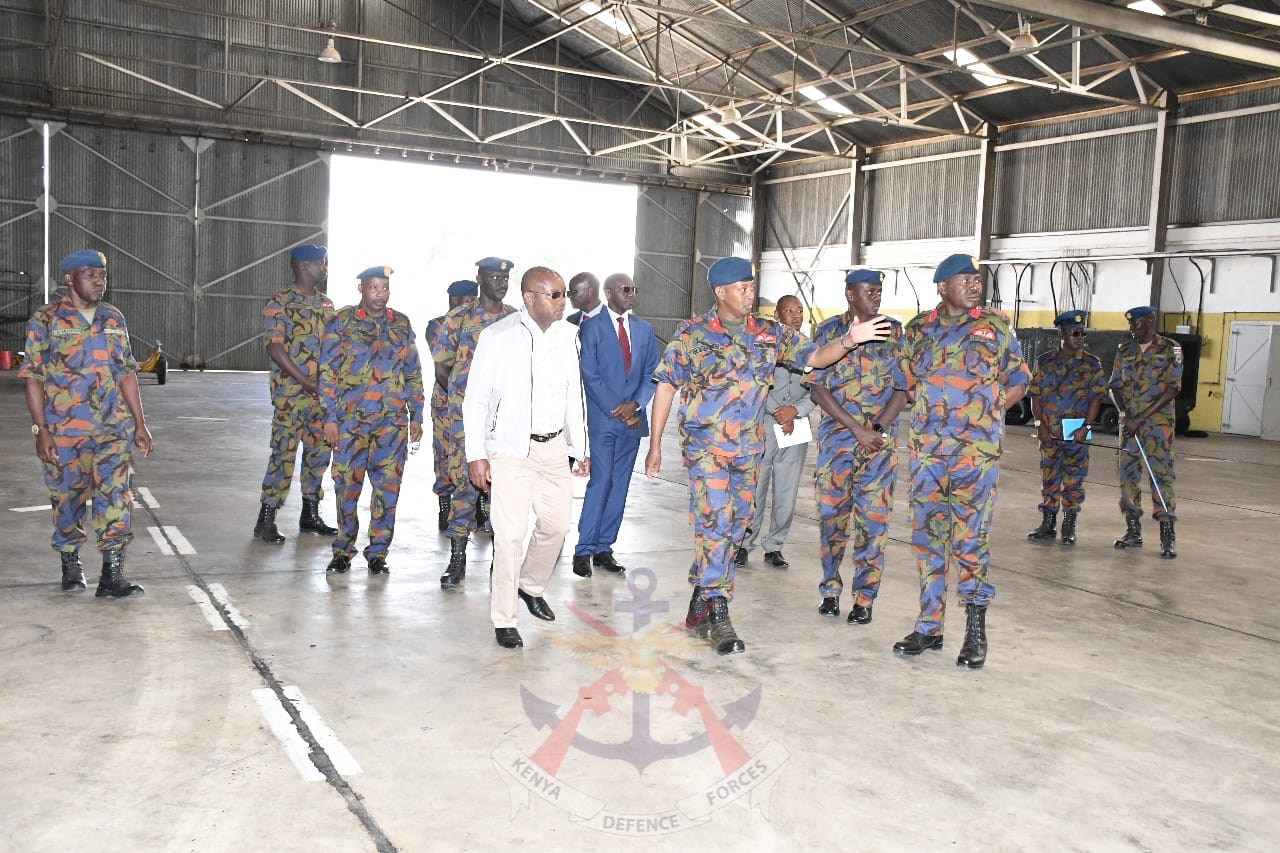 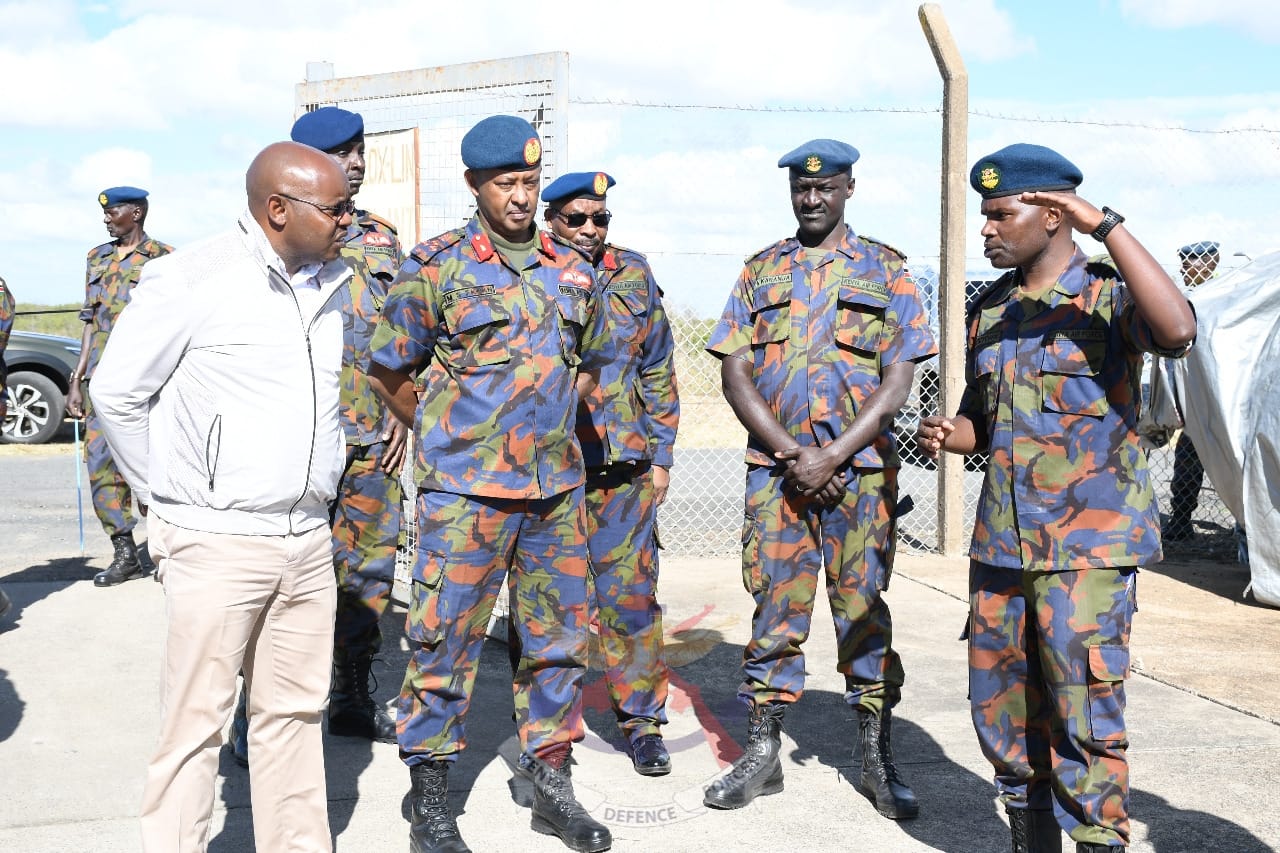