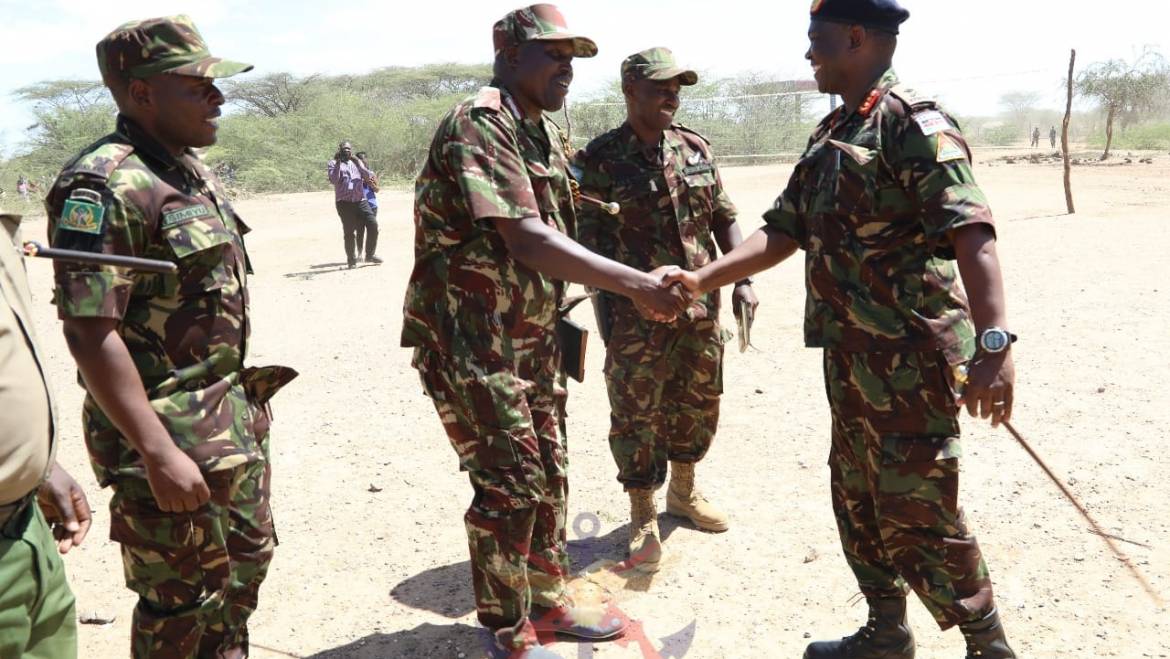 The meeting brought together representatives from the Ministry of Defence, Ministry of Interior and Co-ordination of national government, Ministry of Education, Ministry of Health and Ministry of Water, and irrigation The meeting was geared towards reflecting on the ongoing operation and how to make it more efficient in providing lasting solutions to peace and security in the region.

Major General David Tarus(GOC Westcom) sensitized on the importance of security agencies to continue providing coverage mostly on the affected areas, social- economic aspects to be addressed and also the task force to formulate strategies to help in achieving normalcy in the North Rift region.

On the same platform, the local administration commended on how the operation has been ongoing with the peaceful co-existence with the community. They also thanked the KDF for the ongoing CIMIC activities, noting the latest dam construction at Chesitet in Tiaty East Sub-county, spearheaded by Lt. Col Ambrose Mwabili, The Commanding Officer 20 parachute Battalion. 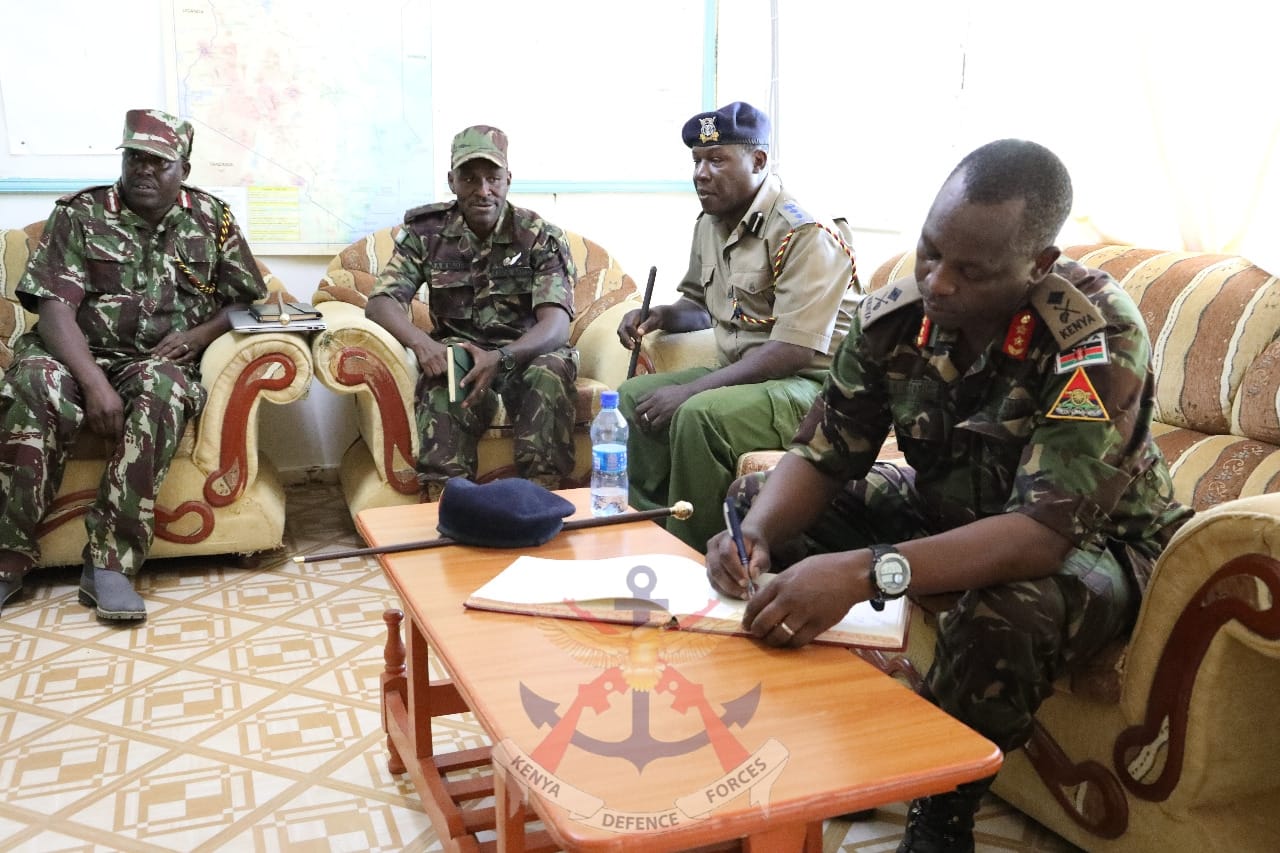 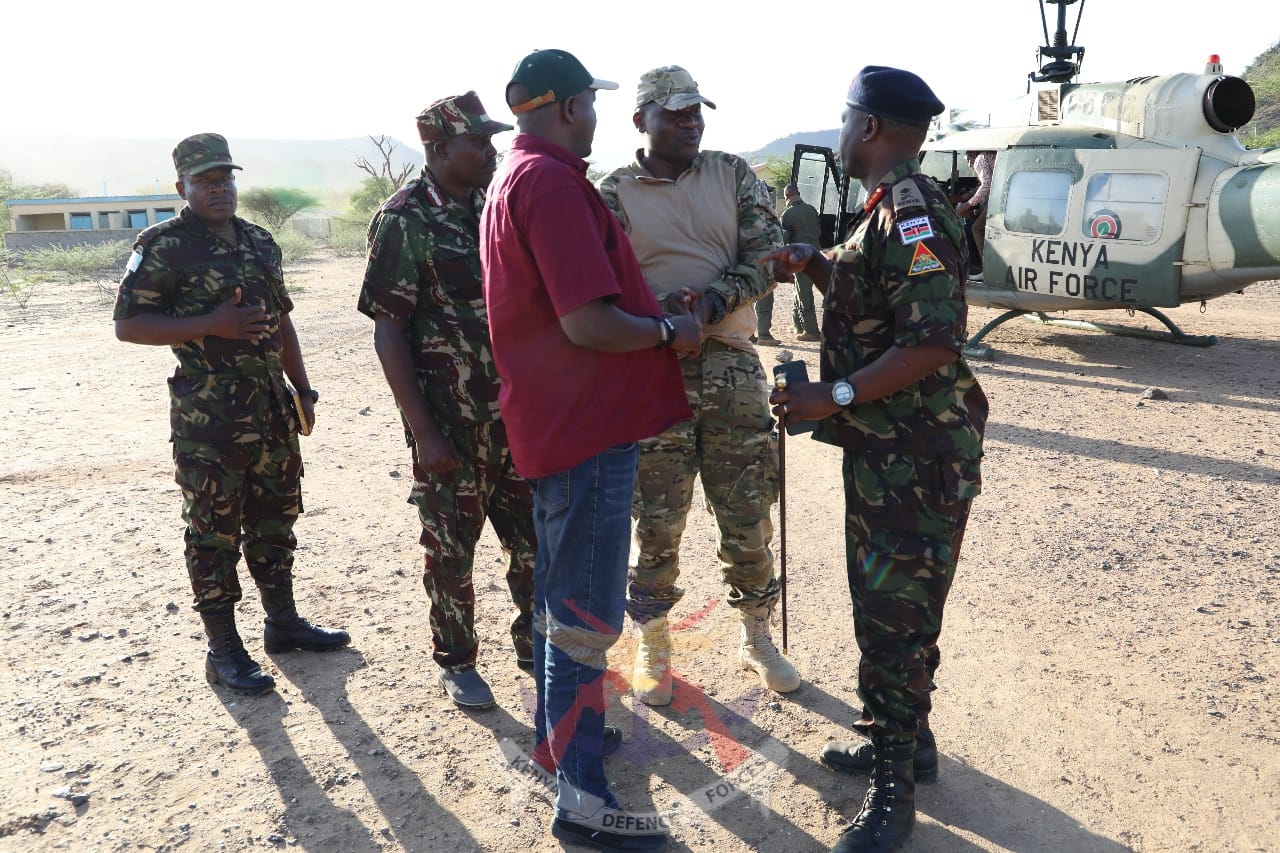 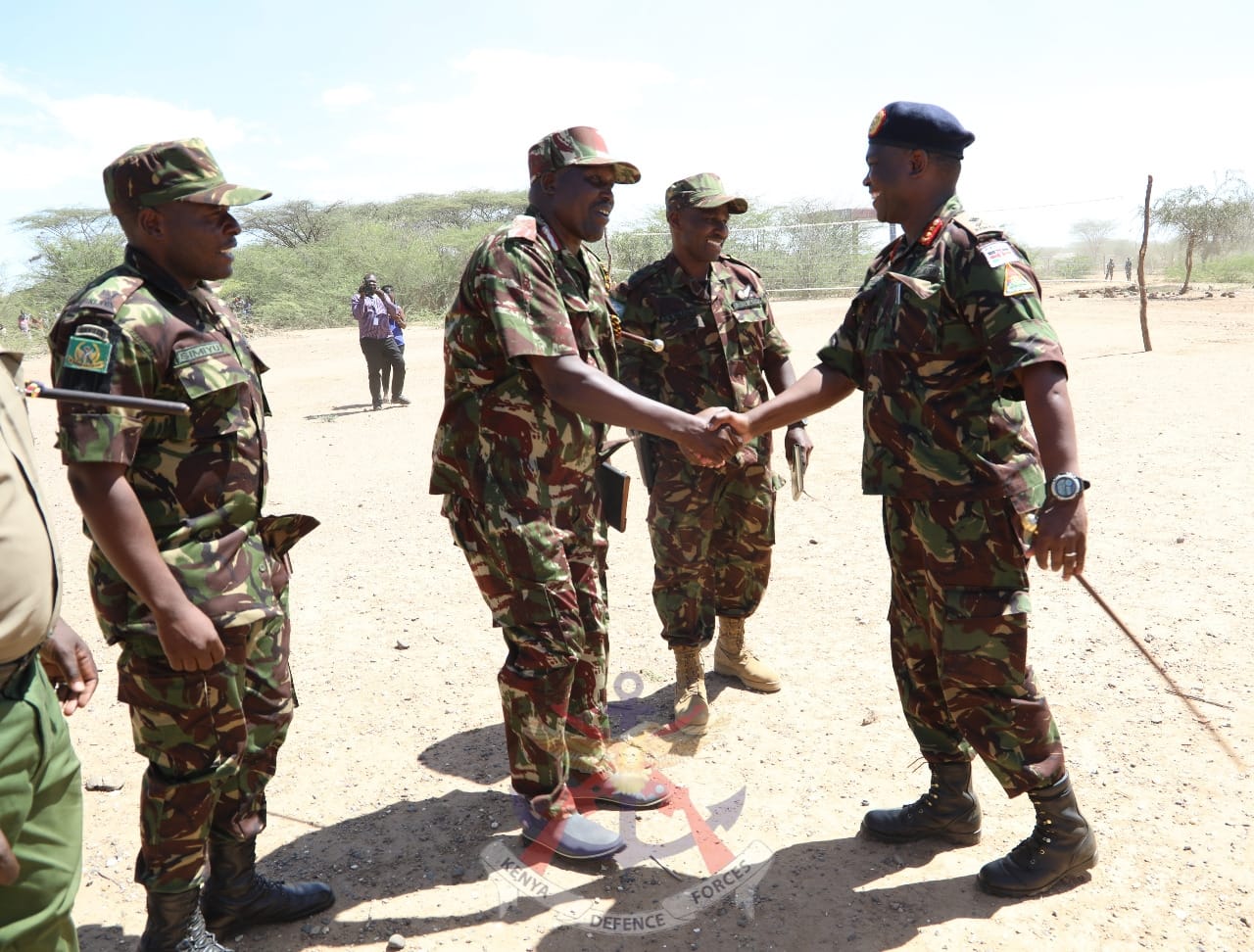 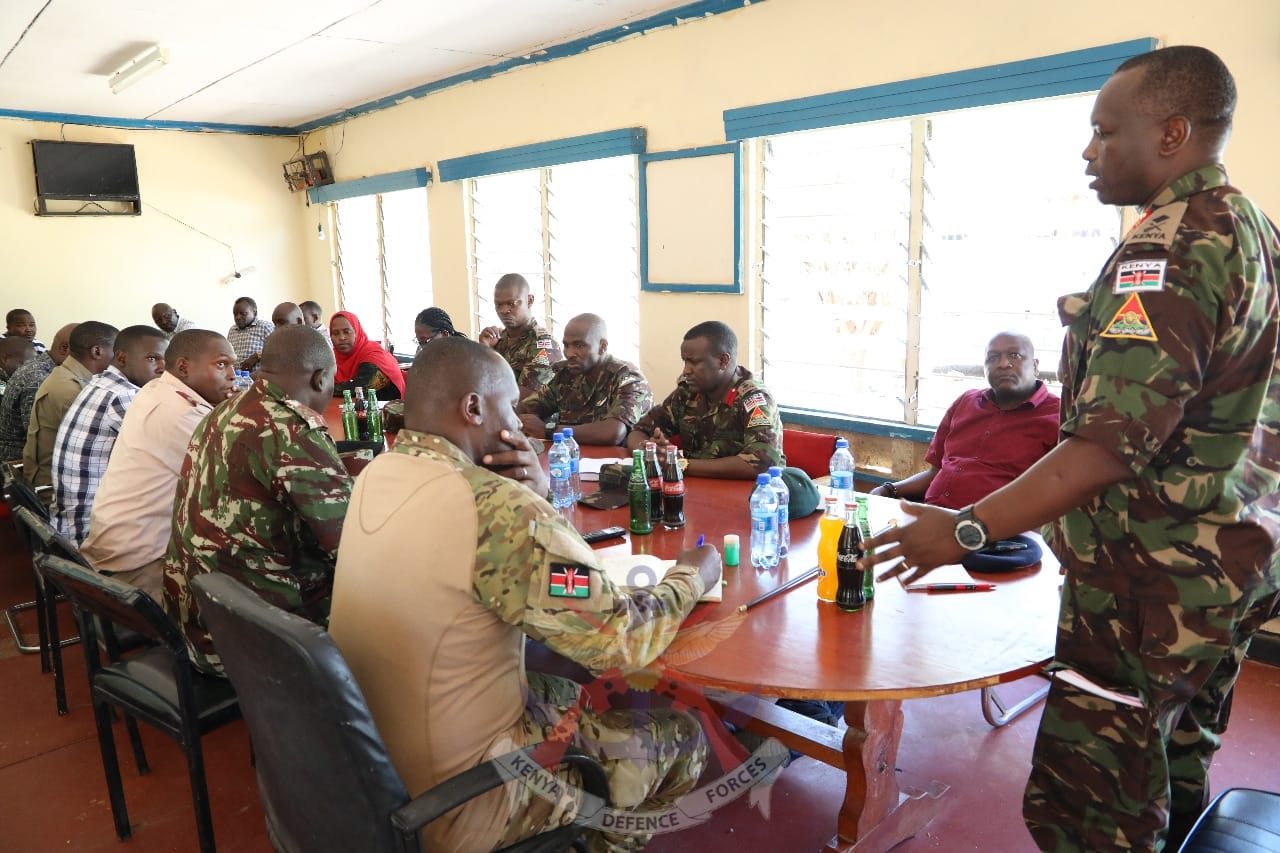 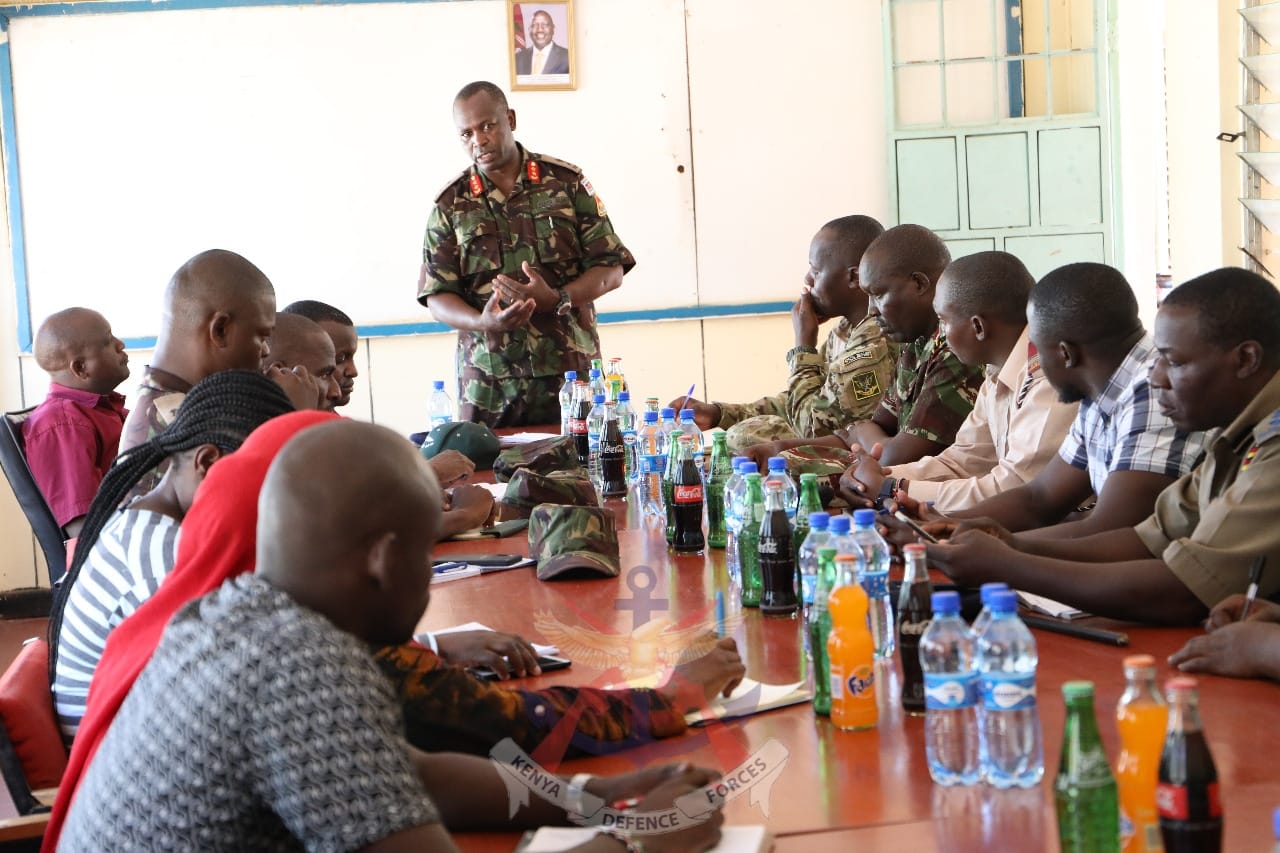 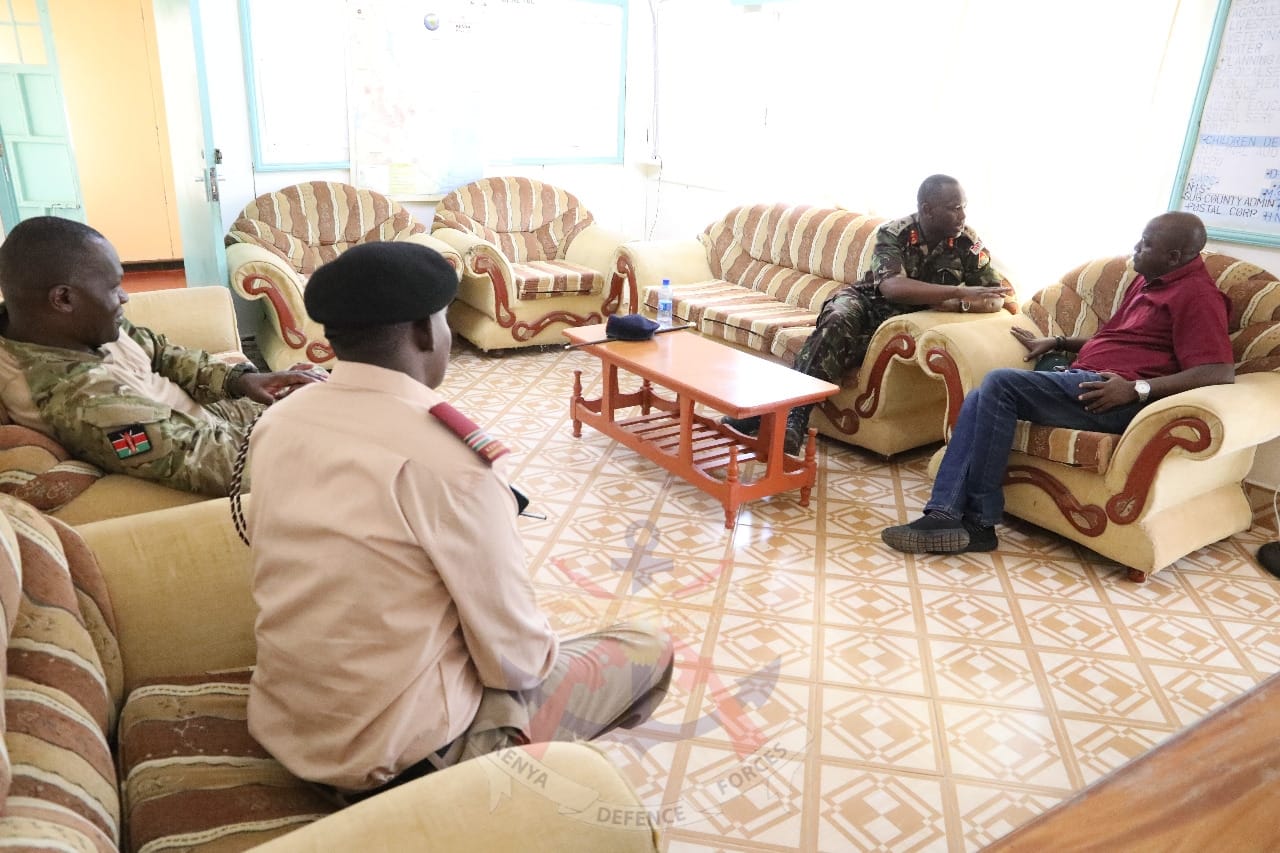