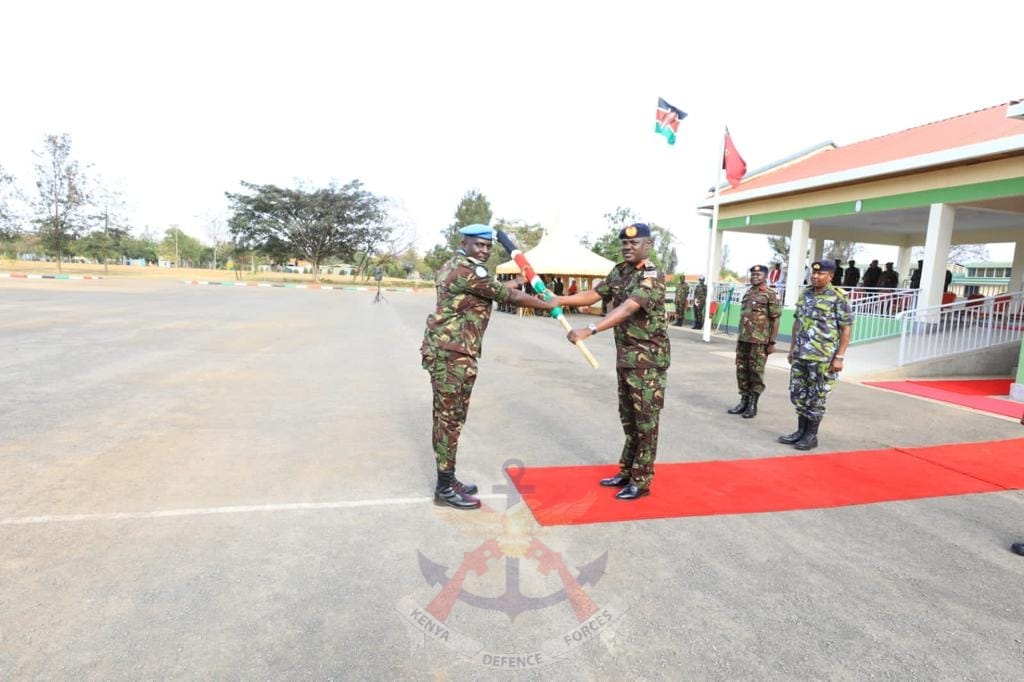 Commander Kenya Army Lieutenant General (Lt Gen) Peter Njiru on 13th October 2022, presided over the flag handover ceremony at Kahawa Garrison to the Kenya Signals Company (KENSIG) which is set to deploy to the Democratic Republic of the Congo (DRC) as part of the United Nations Organisation Stabilisation Mission in DRC (MONUSCO).

In a message relayed by Lieutenant General Peter Njiru, Chief of Defence Forces General Robert Kibochi lauded the team for their resilience and dedication during the Pre-Deployment Training period and urged them to maintain high standards of discipline and uphold the image of KDF and that of the Country.

“You are well prepared, adequately trained, organised under cohesive unit, mission ready to deploy in MONUSCO. In good state of morale, adequate understanding of your mandate, mission specific roles, conduct and discipline matters and have demonstrated your capabilities in high risk everyday environment. I am confident that you are mission ready and capable,” read the CDF’s message in part.

Lt Gen Njiru urged the team to uphold the exemplary performance registered by the Kenya Quick Reaction Force Company (KENQRF) troops deployed in MONUSCO and to take advantage of the tour of duty to also learn through interaction with other partner militaries in the mission.

“It’s a big honour to be chosen to represent your Service, KDF and the Country. The rigorous Pre-Deployment Training (PDT) you have undergone is aimed at enabling you to attain the highest level of preparedness for deployment,” he said.

Further, Lt Gen Njiru urged the troops to be good ambassadors of the Republic of Kenya by maintaining a high sense of professionalism and discipline in all their undertakings.

“This flag is a symbol of the ambassadorial role bestowed on you, uphold the good image of the country and don’t forget where you have come from,” said the Commander Kenya Army.

The Deputy Army Commander Major General Peter Muteti on his part urged the troops to take care of the families they were leaving behind.

“The welfare of your families will be of utmost importance for the period that you will be away. I urge each one of you to make the necessary arrangements to ensure that your families are comfortable,” said Maj Gen Muteti.

KENSIG troops have undergone rigorous Pre-Deployment Training geared towards mission readiness ahead of their deployment. The Company’s key objective is to provide and support communication connectivity and information technology services to the Mission and the Force.

Further, the troops are expected to continue with the implementation of MONUSCO’s mandate to protect civilians, support stabilisation and neutralise armed militia as well as working together with other deployed militaries in the Eastern DRC.

The ceremony was attended by KDF personnel from the Kenya Army, the Kenya Air Force and the Kenya Navy. 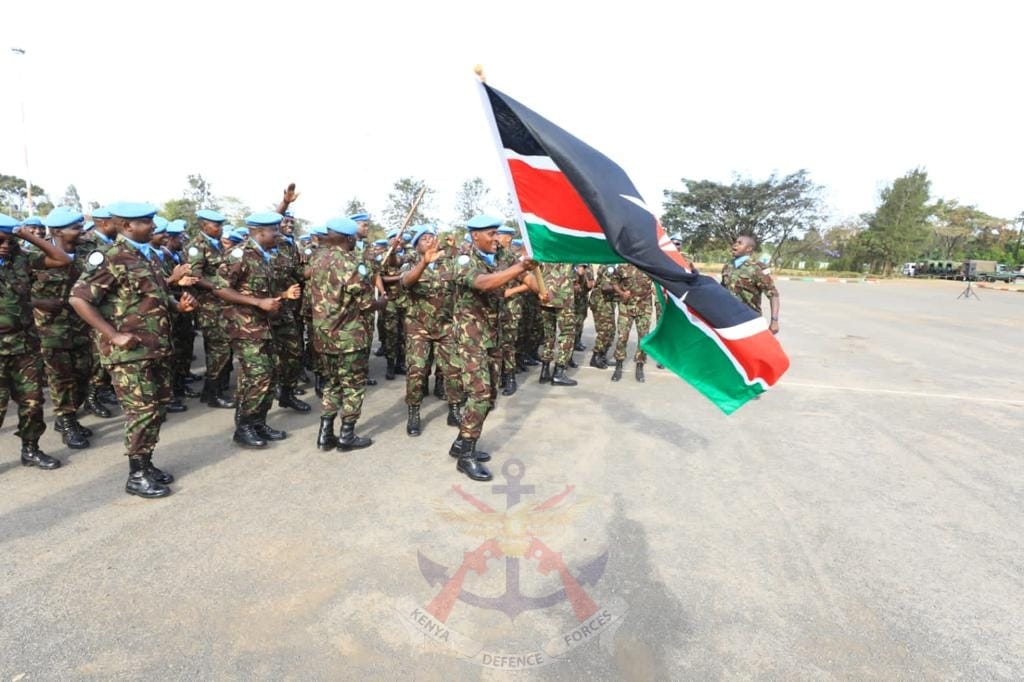 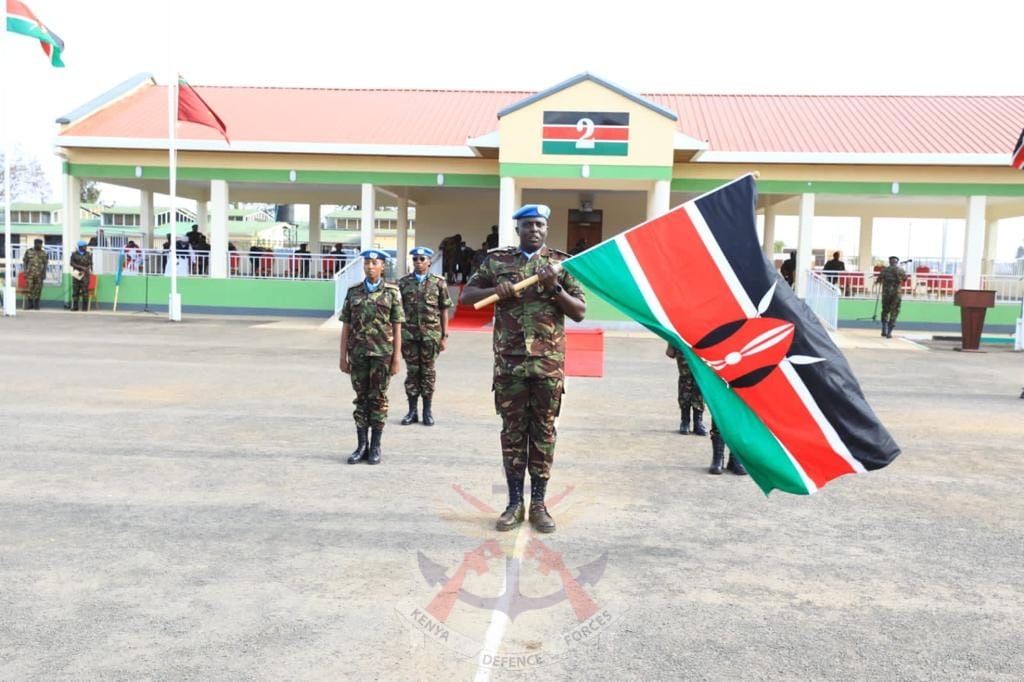 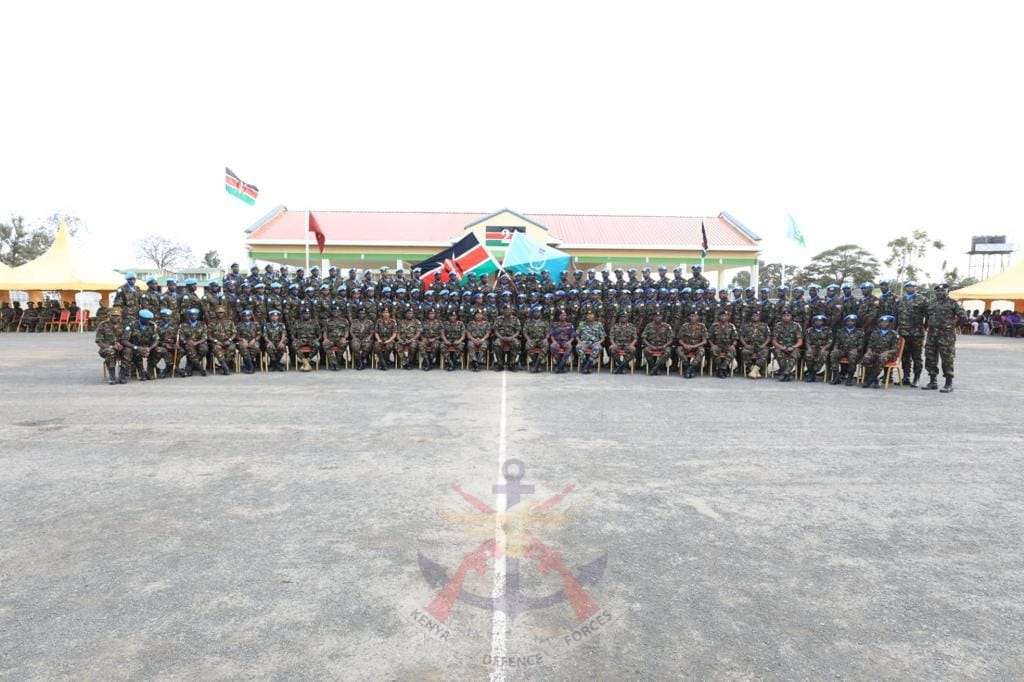