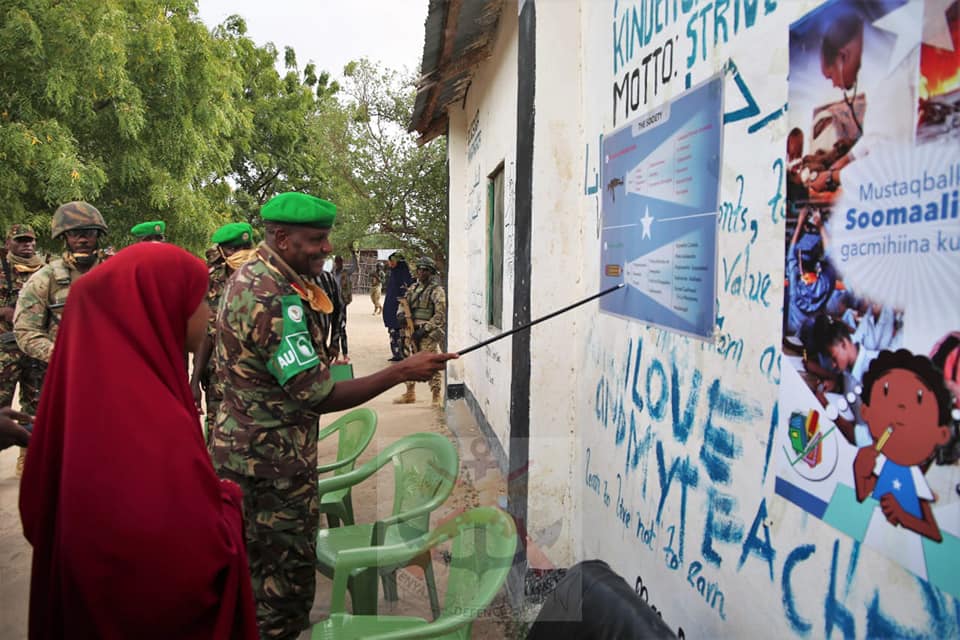 Kenya Defence Forces (KDF) troops serving in Somalia under the African Mission in Somalia (AMISOM) donated 56 desks and assorted food items to students of Mwangaza Primary School and their families during this year’s KDF Day celebrations.

The donation by Sector II Headquarters troops in Dhobley was in line with this year’s theme, ‘Enhancing Peace and Security through Civil Military Cooperation.’ KDF’s contingent Commander Brigadier Paul Njema who led the celebrations in Sector II Headquarters Dhobley, underscored the vital role played by Civil Military Cooperation (CIMIC) activities as an avenue that creates a conducive environment for peace. “CIMIC is the human face of the soldier.

It makes it easy for the civilian population to connect with the soldiers in addressing the most pressing issues that would otherwise impede peace and stability,” said Brigadier Njema.He noted that KDF soldiers will continue fabricating desks and constructing classrooms before the contingent’s end of tour, giving success examples of Hoosingo, Afmadhow and Dhobley.

Mwangaza Primary School Head teacher Mr. Mohamed Mire appreciated the KDF soldiers for providing desks to the school saying that continued enrolment of students had overstretched their infrastructure and the assistance came at the right time. “We shall forever be thankful for what you have demonstrated today especially for the children,” said Mire.

Dhobley District Commissioner Mr. Siyadh Mohammed said Mwangaza is a community-funded school that offers free education to IDPs, returnees, refugees and other needy children in the society with numbers increasing due to the peace that is taking root Somalia. 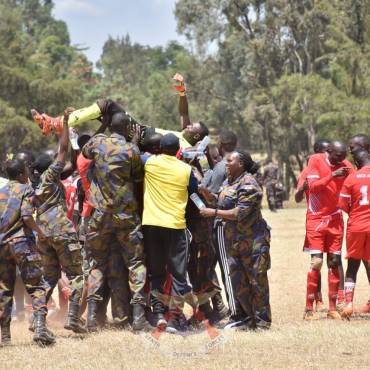 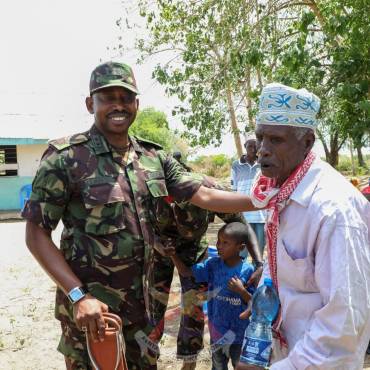