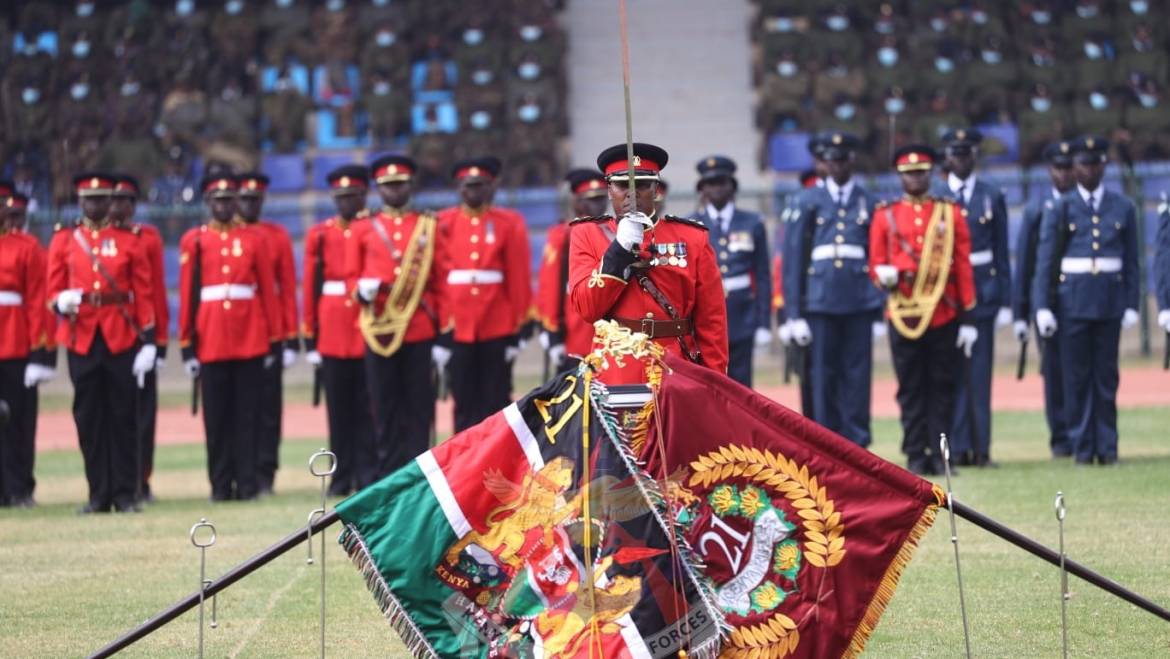 The two Colours were presented to the Unit by His Excellency Hon Uhuru Kenyatta, the President of the Republic of Kenya and Commander-in-Chief of the Defence Forces.

The Presentation was preceded by a consecration ceremony that was led by chaplains from the Anglican, Roman Catholic and Muslim faiths.

After the presentation, 21 KR, led by its Commanding Officer Lieutenant Colonel Gilbert Kinanga, trooped the Colours in slow and quick march. The Unit was escorted in the parade by the Kenya Defence Forces Tri-Service Band and personnel from the Kenya Air Force and the Kenya Navy.

In his speech, the President termed the ceremony as historic since in his ten years of service he has had the privilege of presenting of Colours to all the three battalions (17, 19 and 21 KR) that constitute the 6th Infantry Brigade of the Kenya Army.

“We are very grateful for having granted the 21 KR the Colours. This is the youngest battalion and now the whole bridage is full operational capable having the two other battalions presented with both Presidential and Regimental Colours, ” said the President.

The Chief of Defence Forces General Robert Kibochi challenged the new battalion to go forth and fulfill its mandate as per requirements saying the Government and Kenyans at large expect the unit to compliment others in ensuring the country’s security.

“This day marks a very critical milestone of this particular battalion, and for them now is to deliver according to the mandate that they have been given. It is true to the old adage that for whom much is given, more is expected,” said the CDF.

The Colours symbolizes the spirit of the Regiment. The bear the battle honours and badges granted to the Regiment in commemoration of gallant deeds performed by her troops. The Colours are the highest honour of any Regiment/Unit and a loss of the colour would lead disbandment of the Unit. 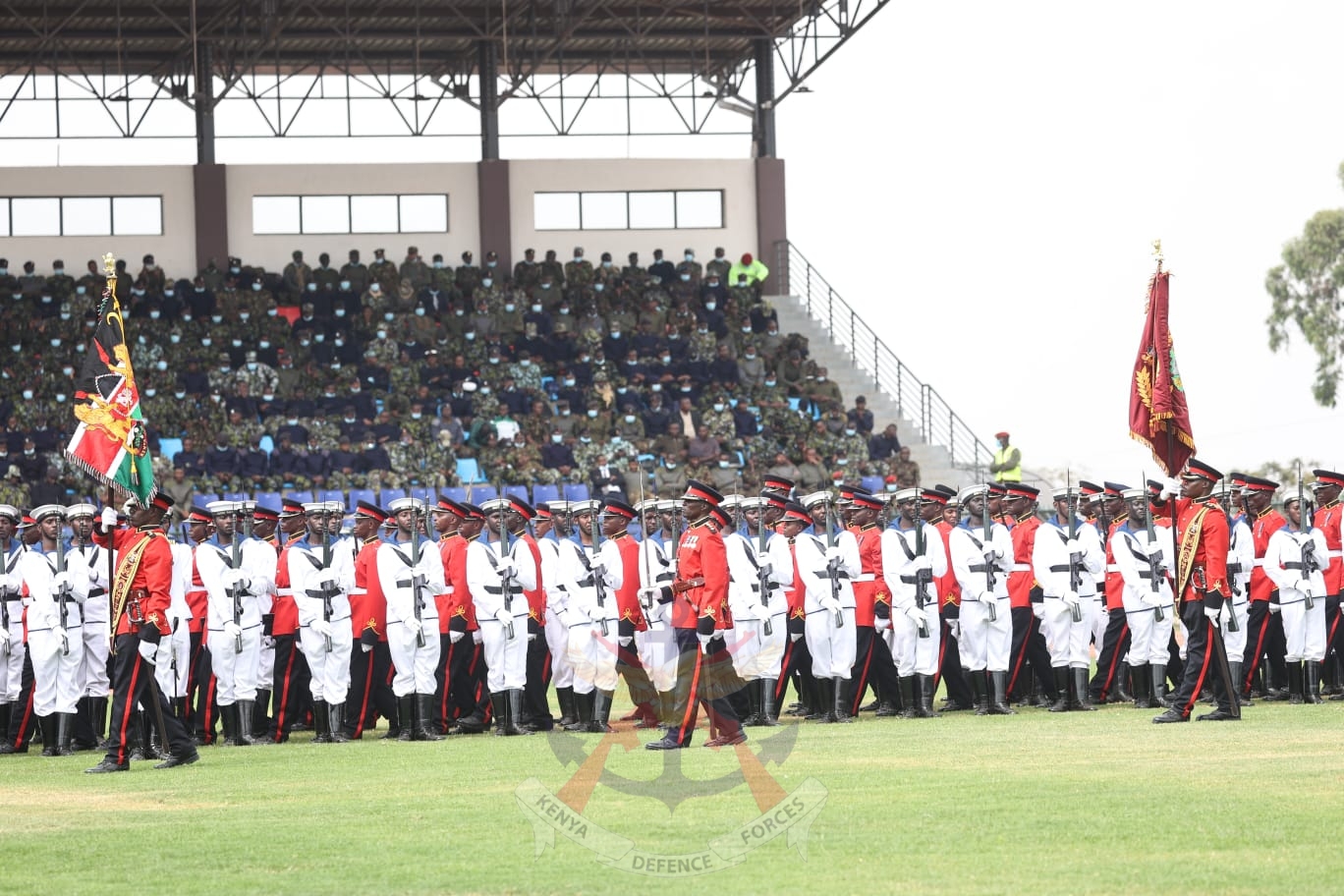 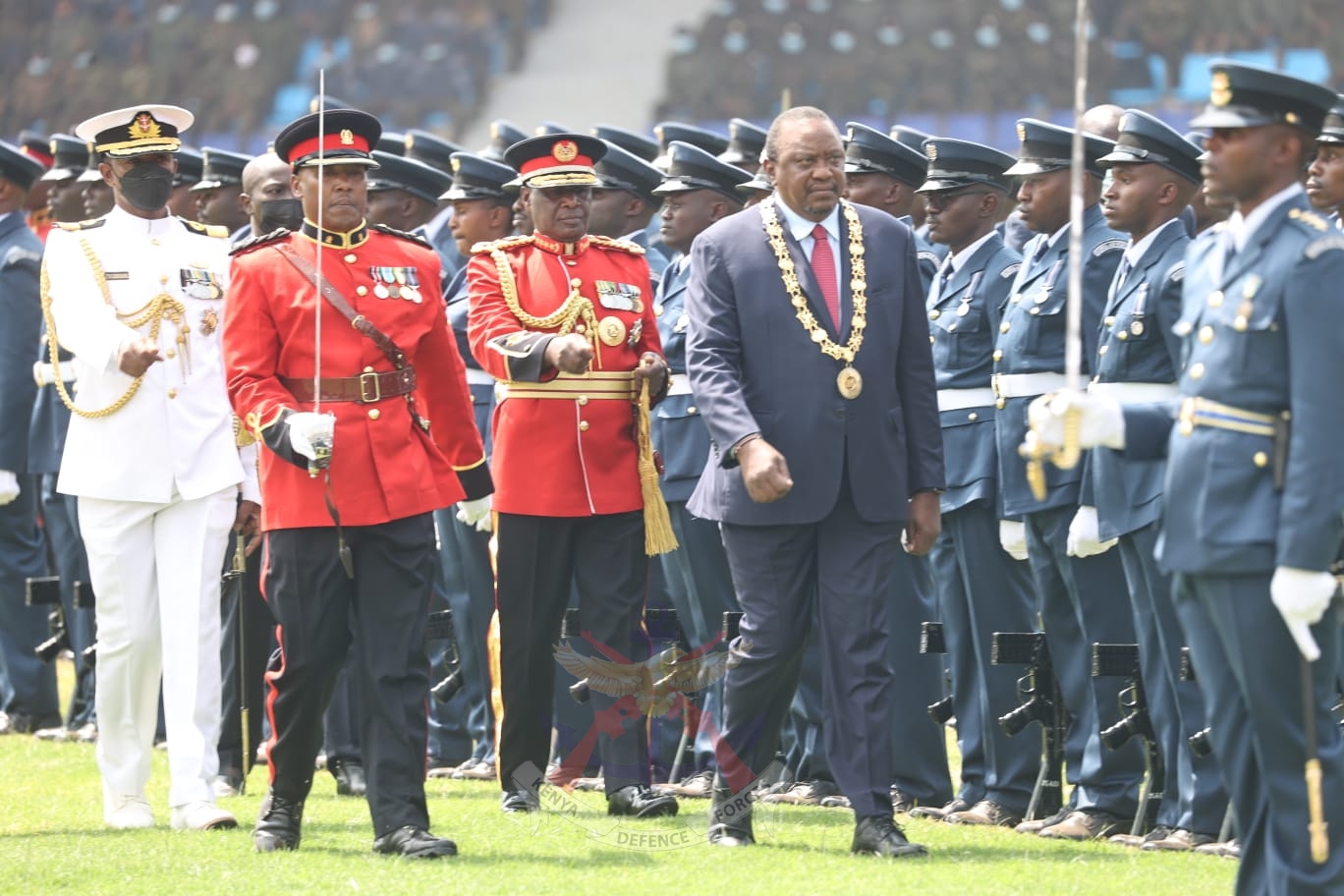 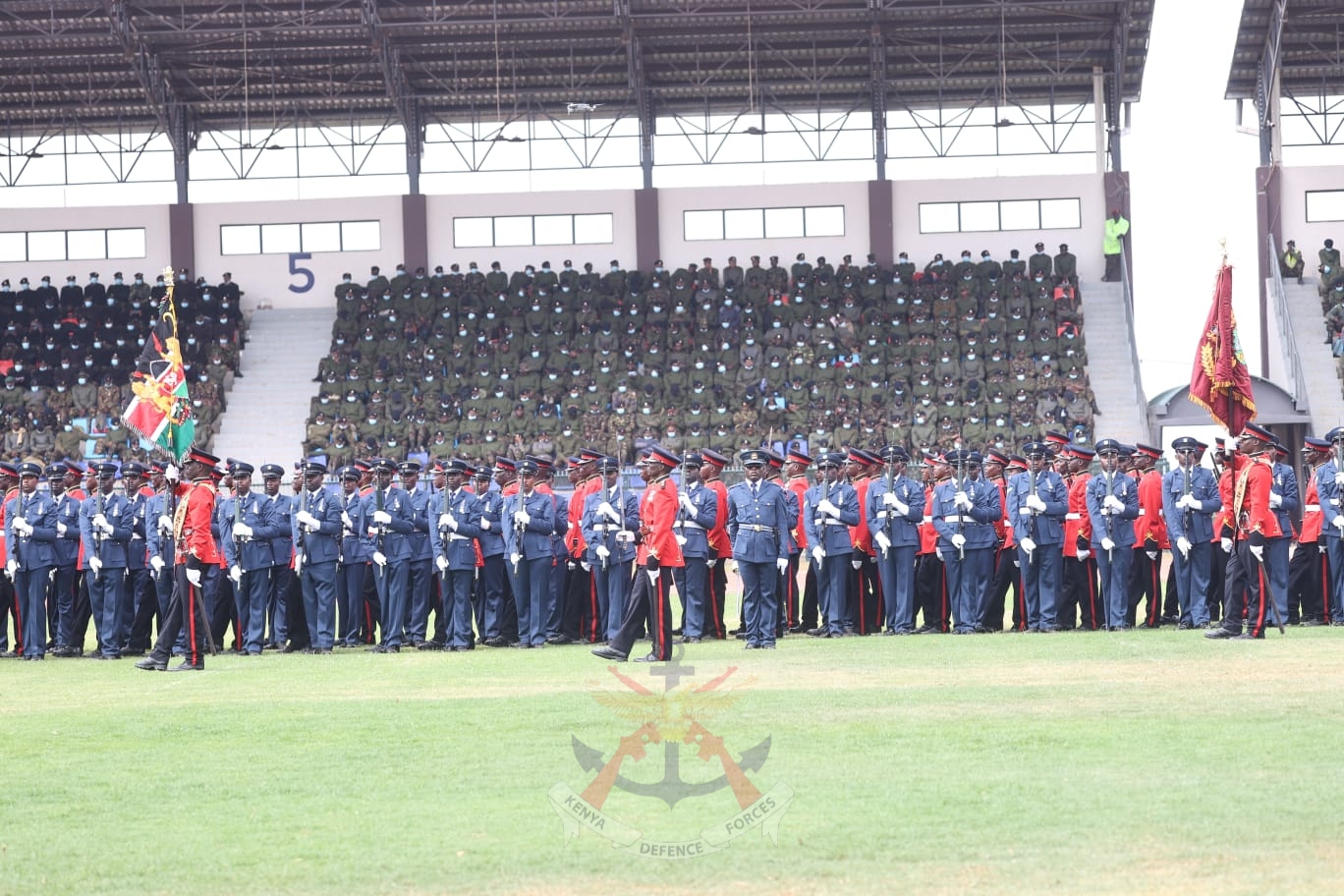 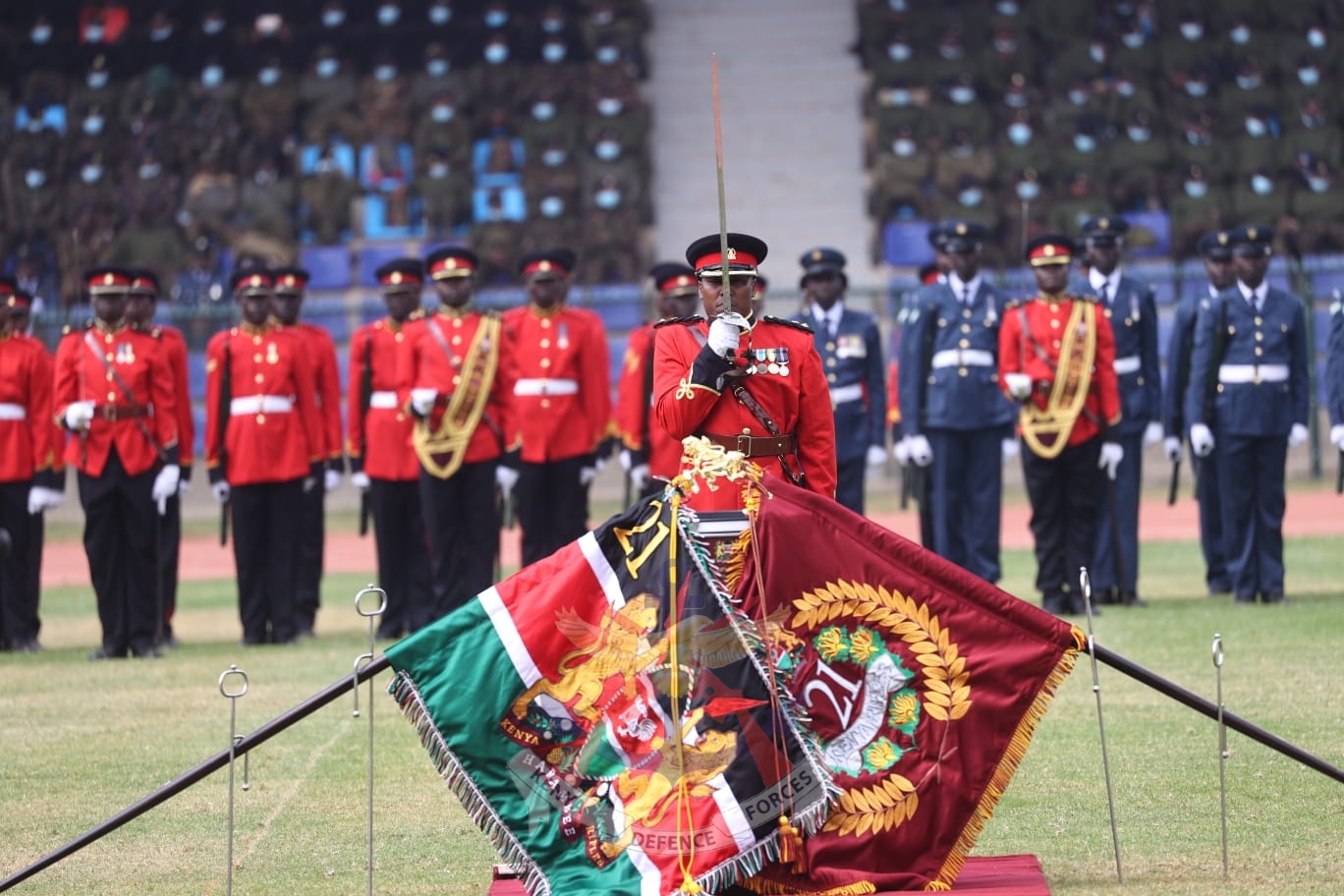 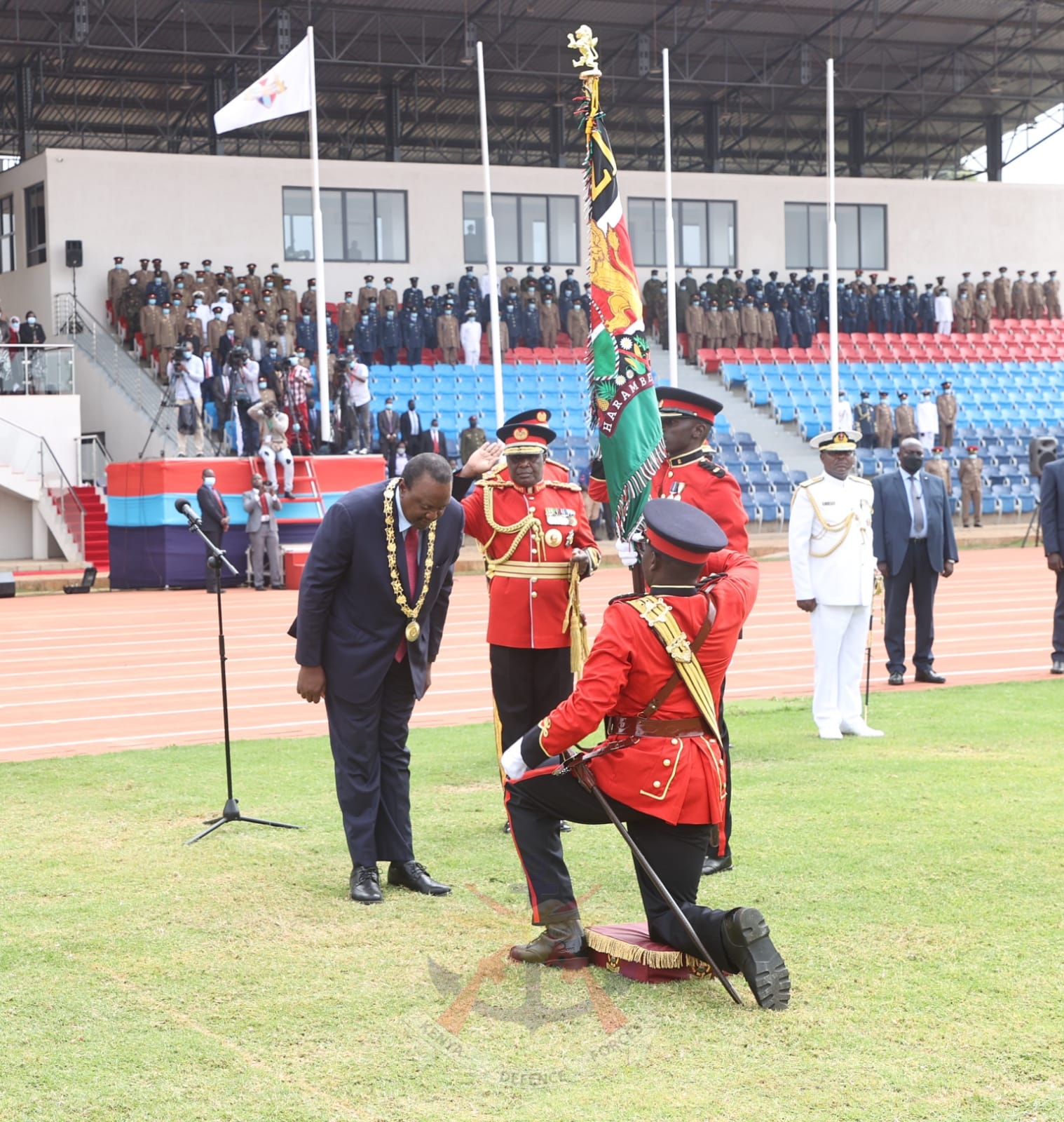 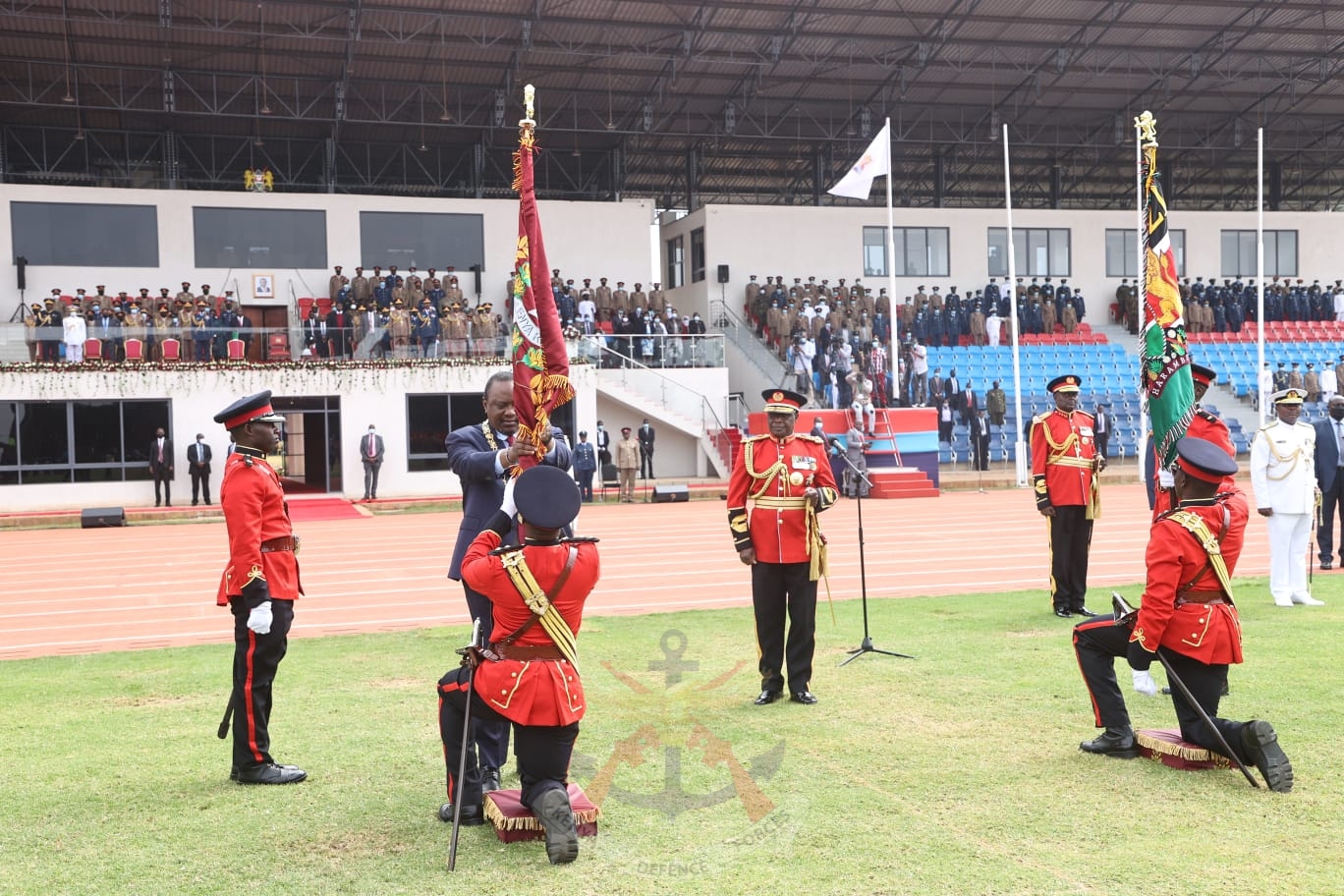 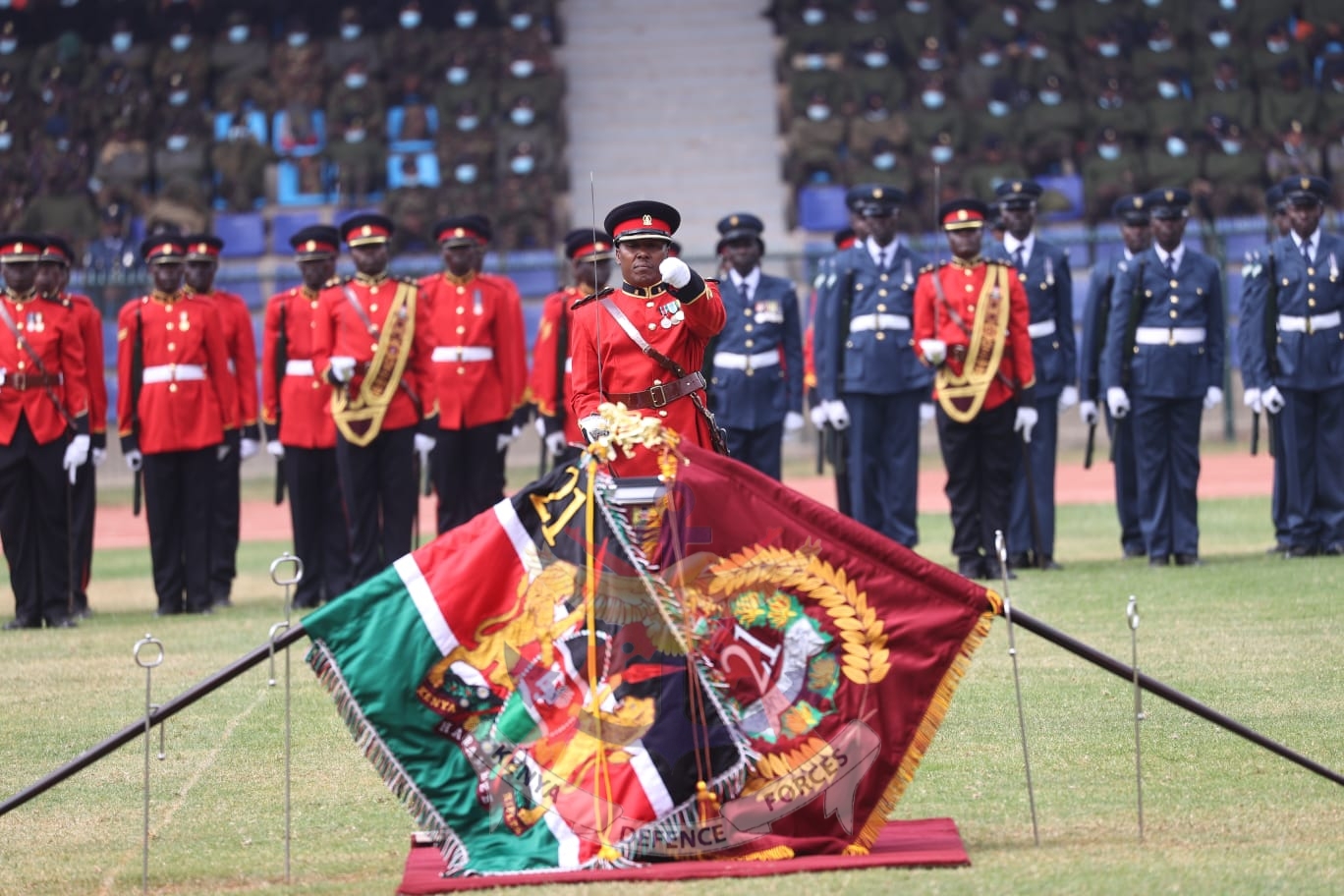 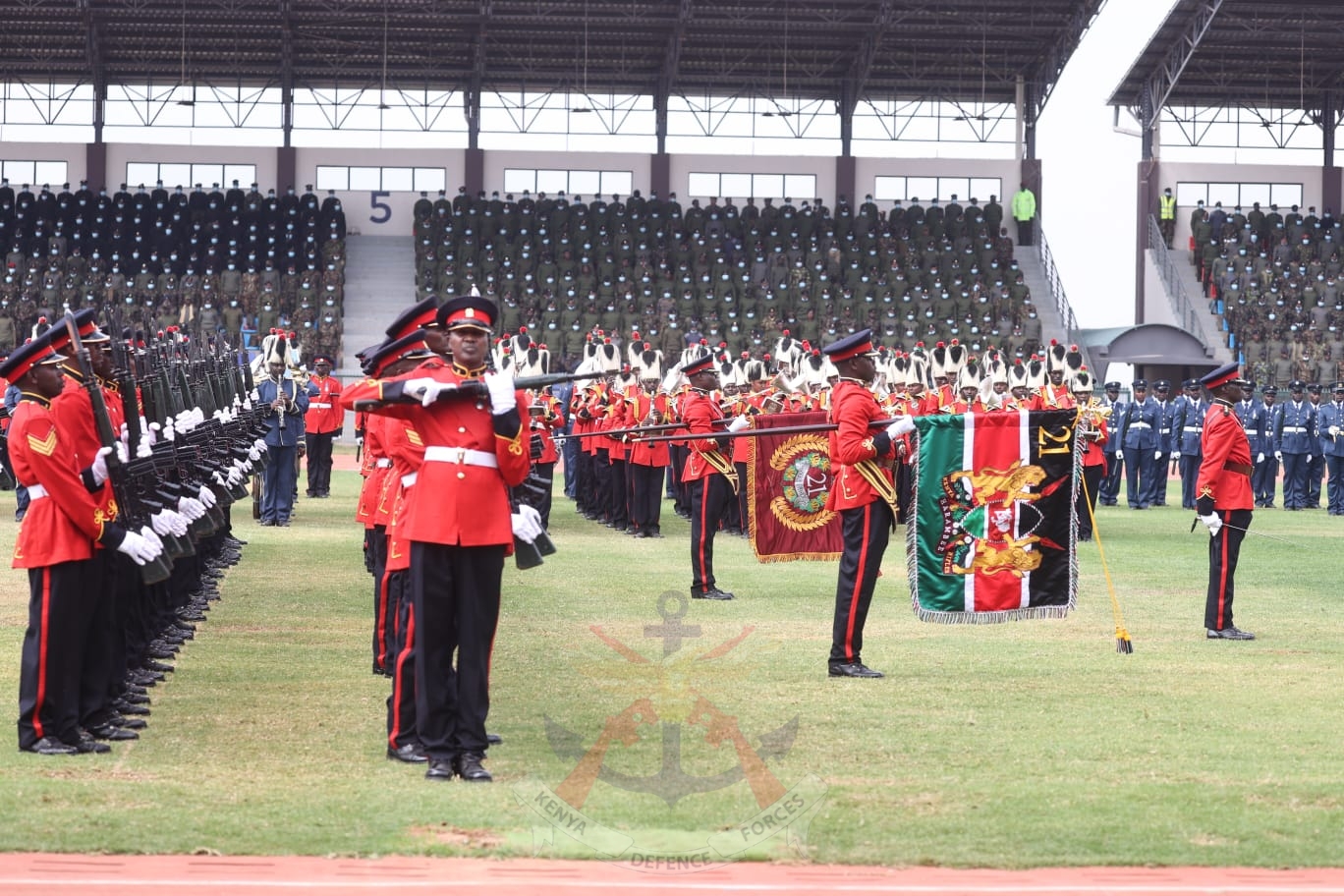 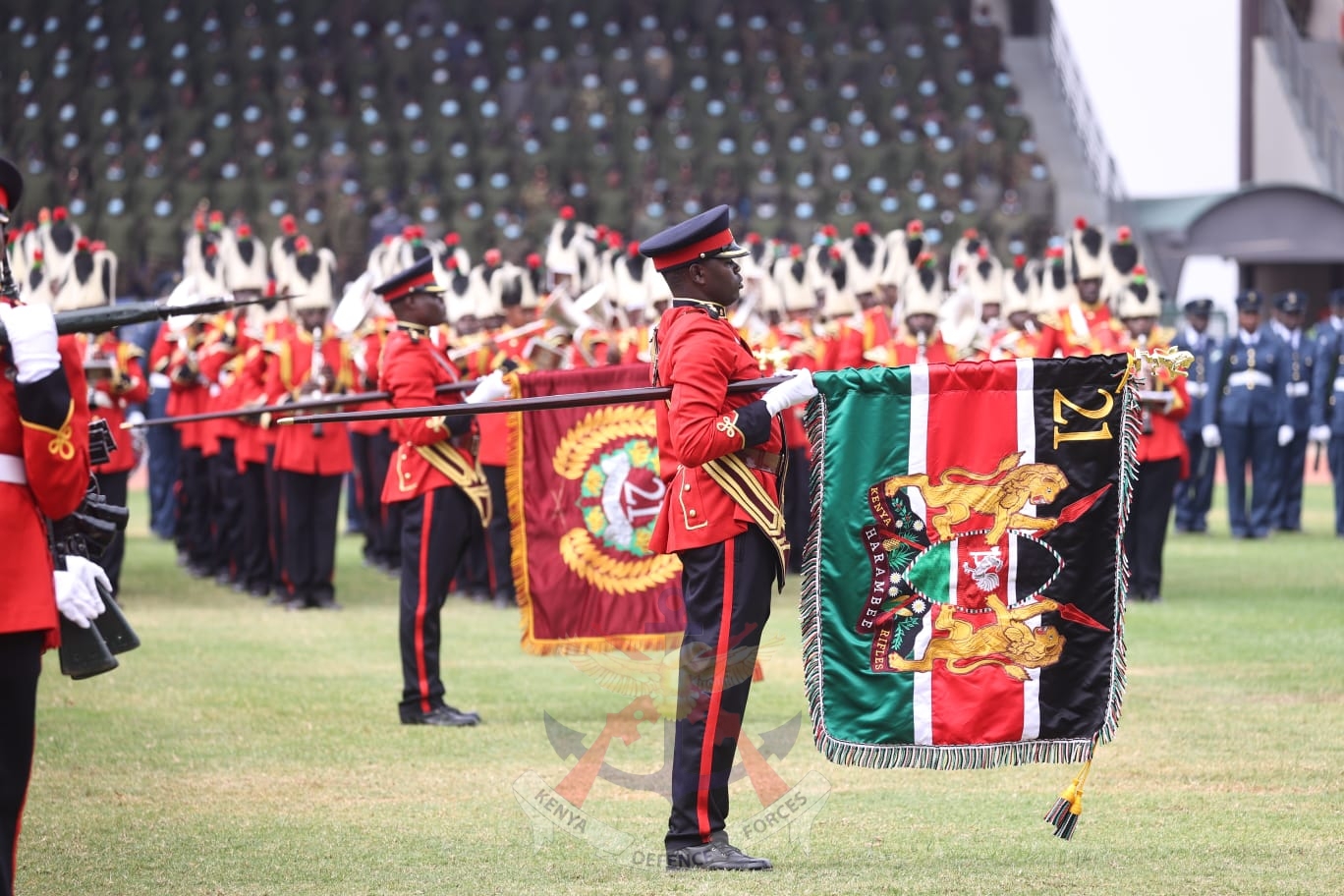 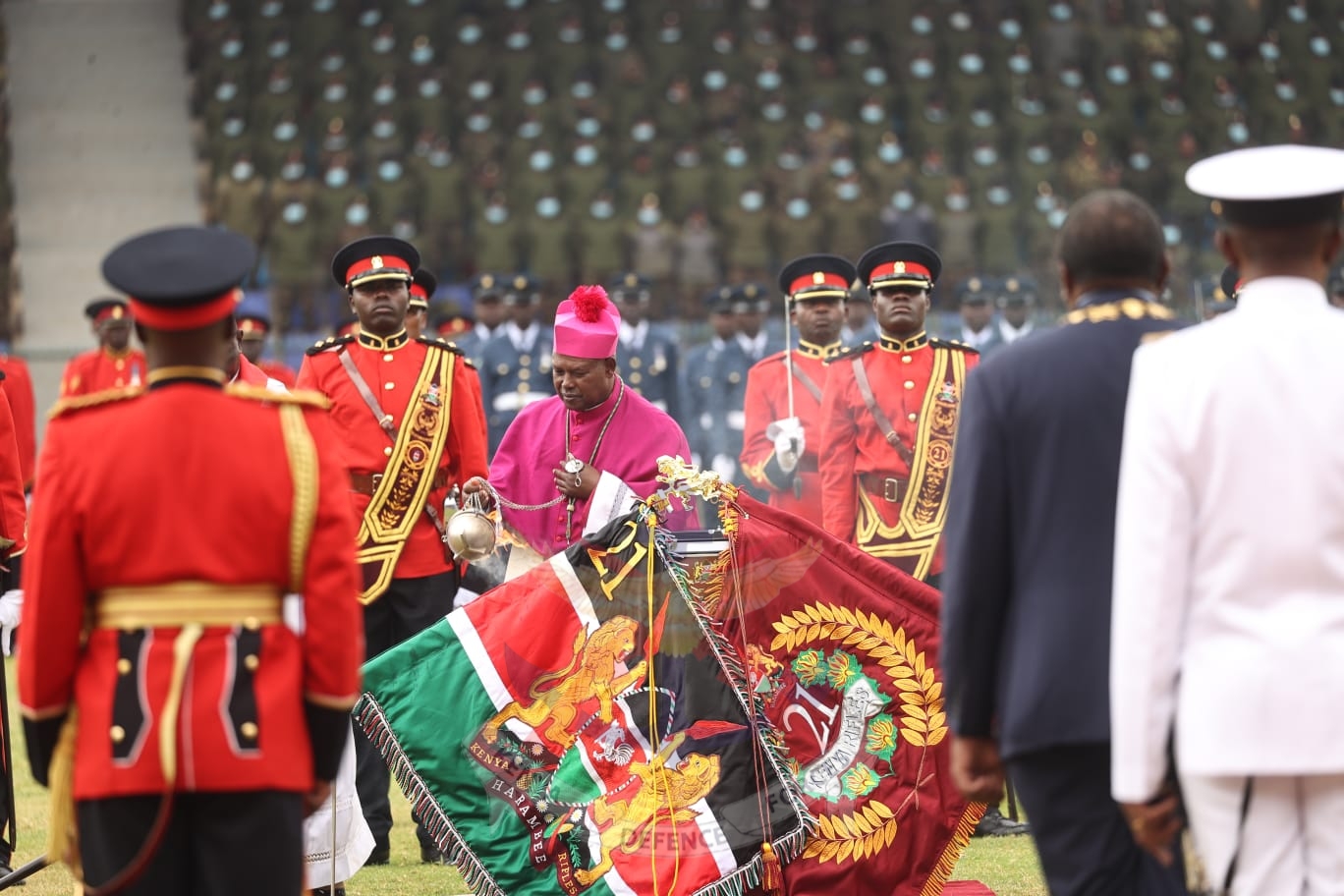 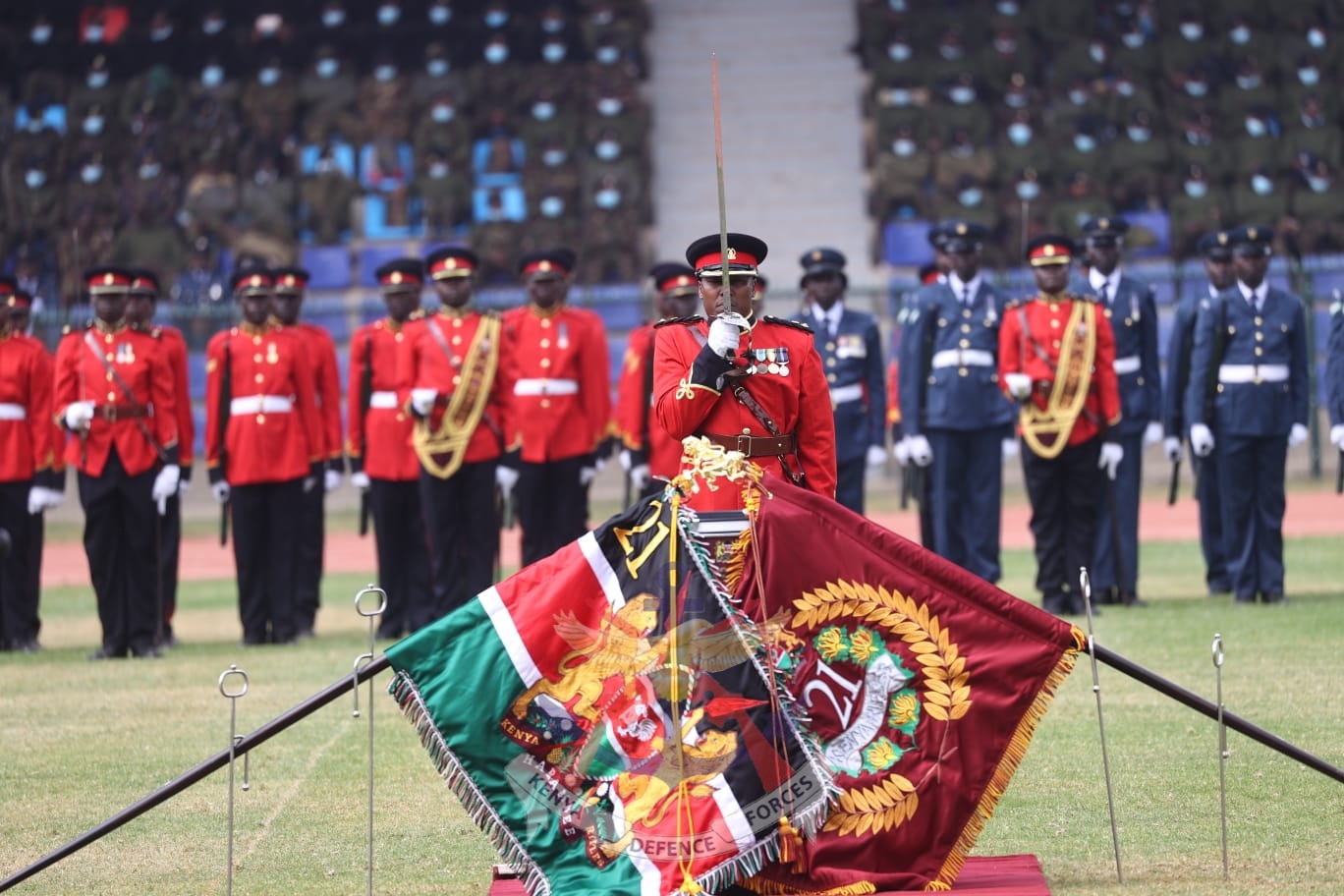