NEW DEFENCE CS TAKES OVER THE REIGNS AT ULINZI HOUSE 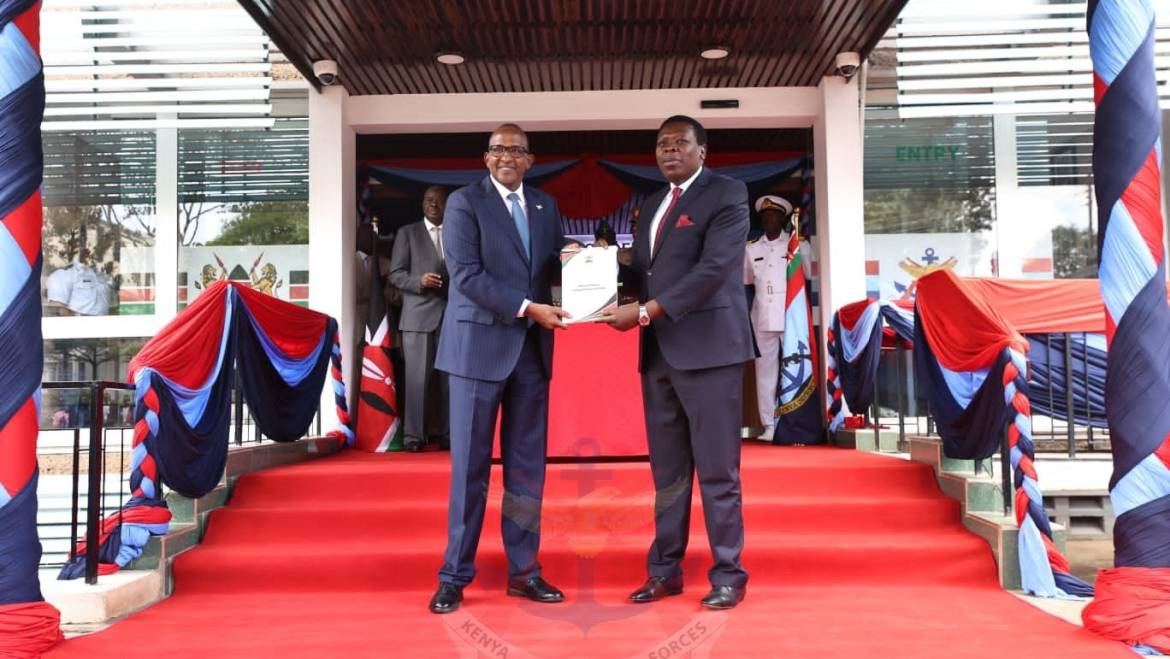 The new Cabinet Secretary for Defence Hon. Aden Bare Duale has today Monday 31 October 2022 taken over the leadership at the Ministry from his predecessor, Hon. Eugene Wamalwa at the Defence Headquarters in Nairobi.

The CS who becomes the 11th Cabinet Secretary to represent the Defence Ministry since independence was sworn-in last week by His Excellency Dr. William Ruto, the President and Commander-in-Chief of the Kenya Defence Forces after successful vetting and approval by the National Assembly.

In his remarks as the new CS, thanked his predecessor as well as the KDF and civilian leadership and personnel at the Ministry for their warm welcome and hospitality.

He committed to diligently execute his duties and responsibilities in his new office and promised to consult in order to get wise counsel from top KDF leadership to steer the docket to even greater heights.

“I will participate with the leadership of KDF in the full implementation of our National Security Policy 2021/2030 in order to maintain our status as an anchor nation in this region. I will work hard to ensure KDF sustains the high levels of professionalism, loyalty, trust, integrity, discipline and respect that will help us project a positive image of the Force at all times,” said the incoming CS.

He thanked the KDF for the noble work they are doing in the drought-stricken counties where they are supplying relief food and water using water boozers as well as sinking boreholes.

“I want to assure you that I shall support the KDF attain their mandate in accordance with the constitution to defend and protect the sovereignty and territorial integrity of our country, assist and cooperate with other authorities in times of emergency and disaster and at the same time deploy troops in any part of the country affected by unrest or instability,” said the CS.

He maintained that he shall take special attention towards ensuring the welfare and morale of KDF personnel in terms of housing, health, terms of service as well as budgetary allocation and approval.

He thanked the outgoing CS for serving in the Ministry with dedication during his one year stint at the Ministry having taken over from Amb. Dr. Monicah Juma in October 2021.

In his address, the outgoing CS thanked the KDF and MoD leadership and personnel for their support during his tenure saying the various milestones registered couldn’t have been possible without their valuable input.

He recognized the significant role the KDF has continued to play globally in peace keeping missions outside the country making them be endeared in the global community of nations.

The Chief of Defence Forces General Robert Kibochi congratulated and welcomed the new CS saying they are ready to offer any kind of assistance he may require.

The outgoing CS and Chief Administrative Secretary (CAS) Hon. Peter Odoyo were presented with gifts and accolades by both the civilian and military leadership for his exemplary leadership. 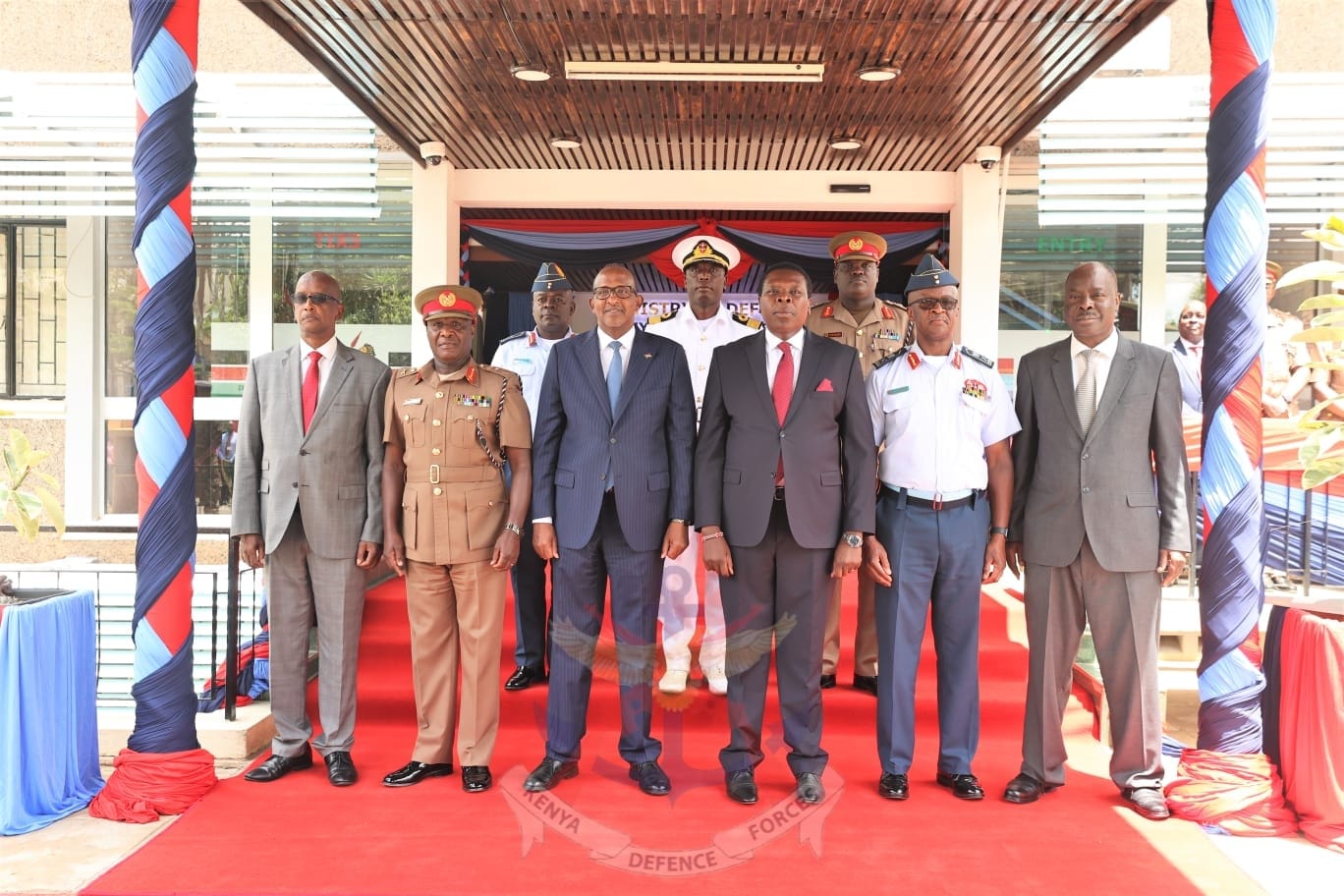 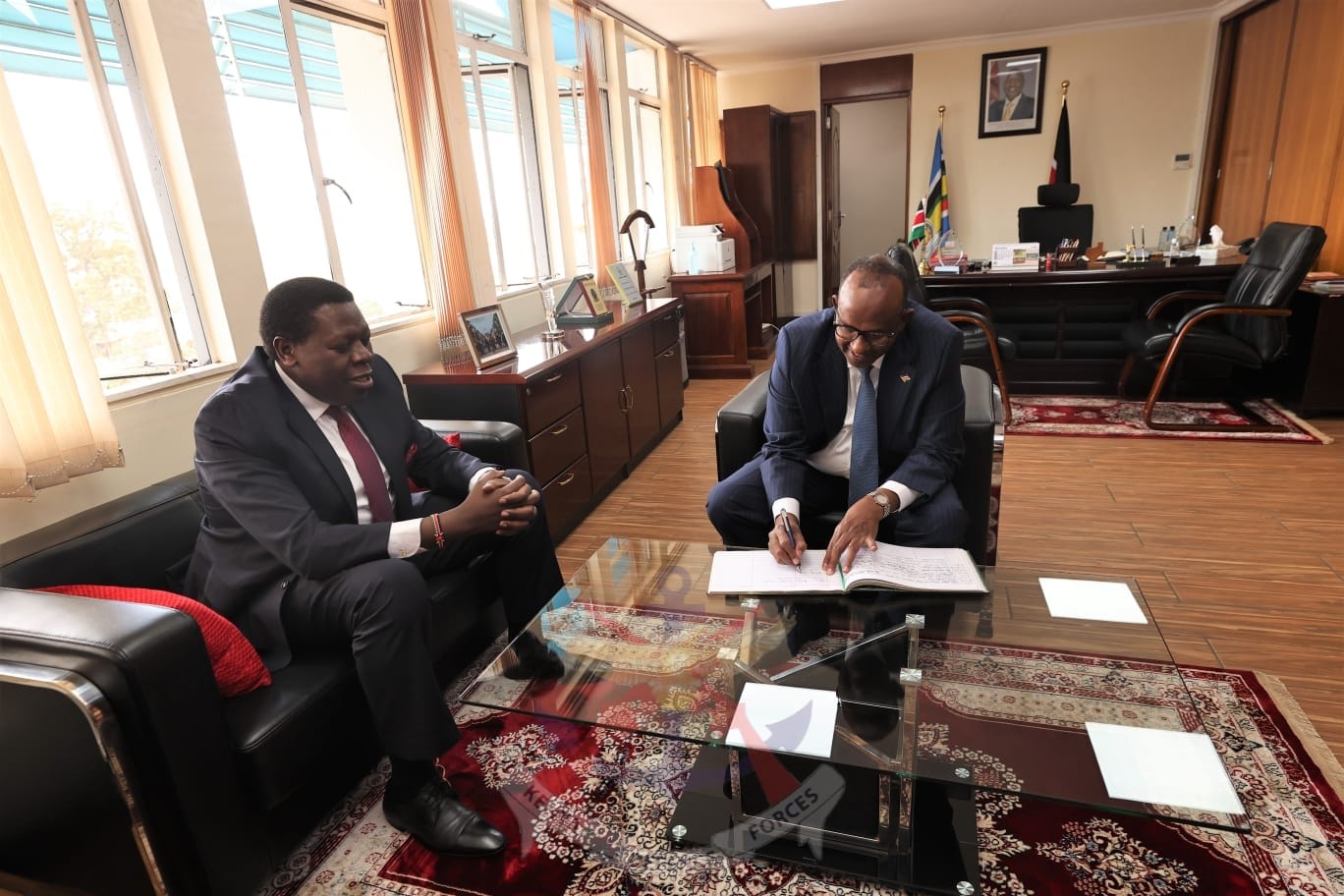 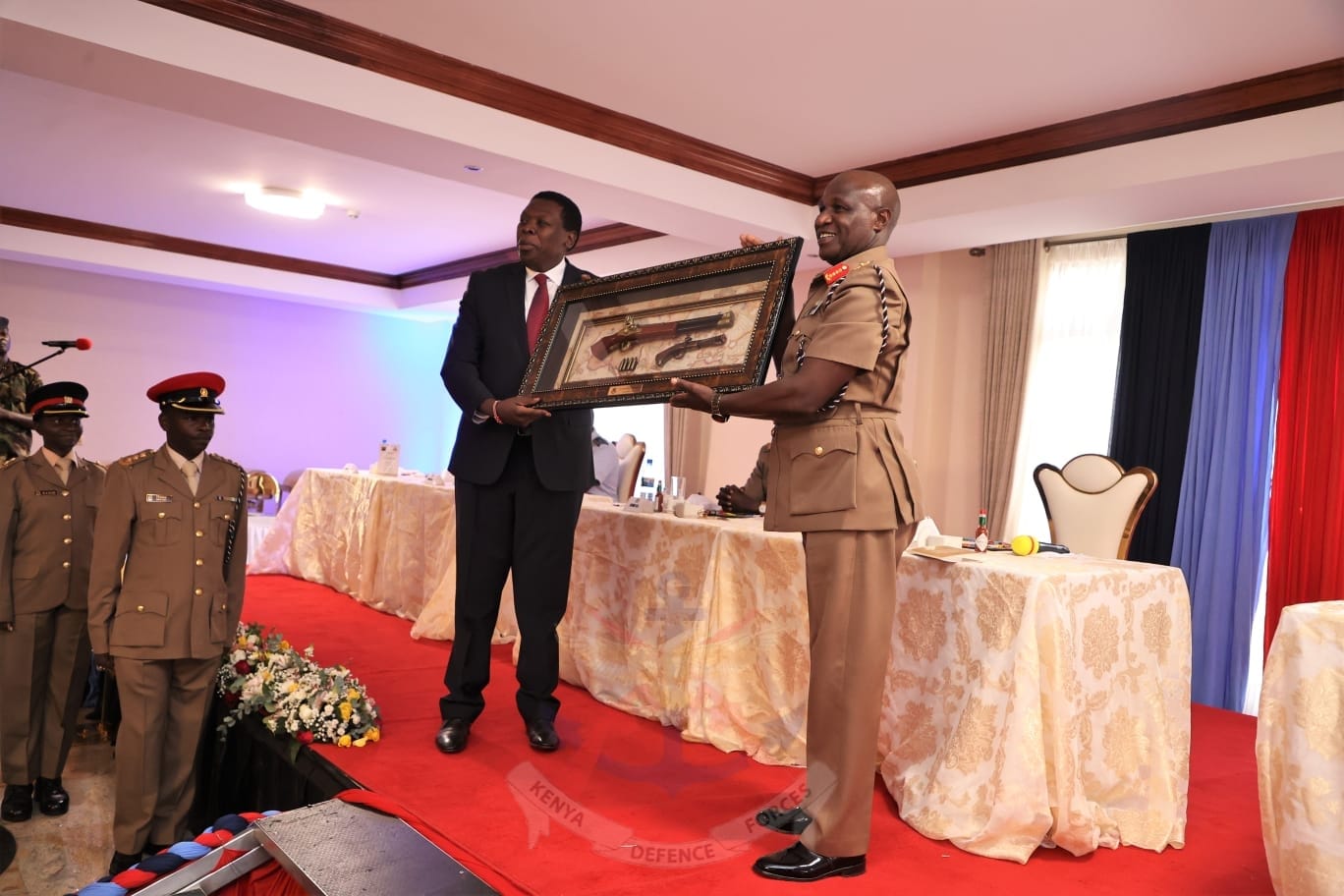 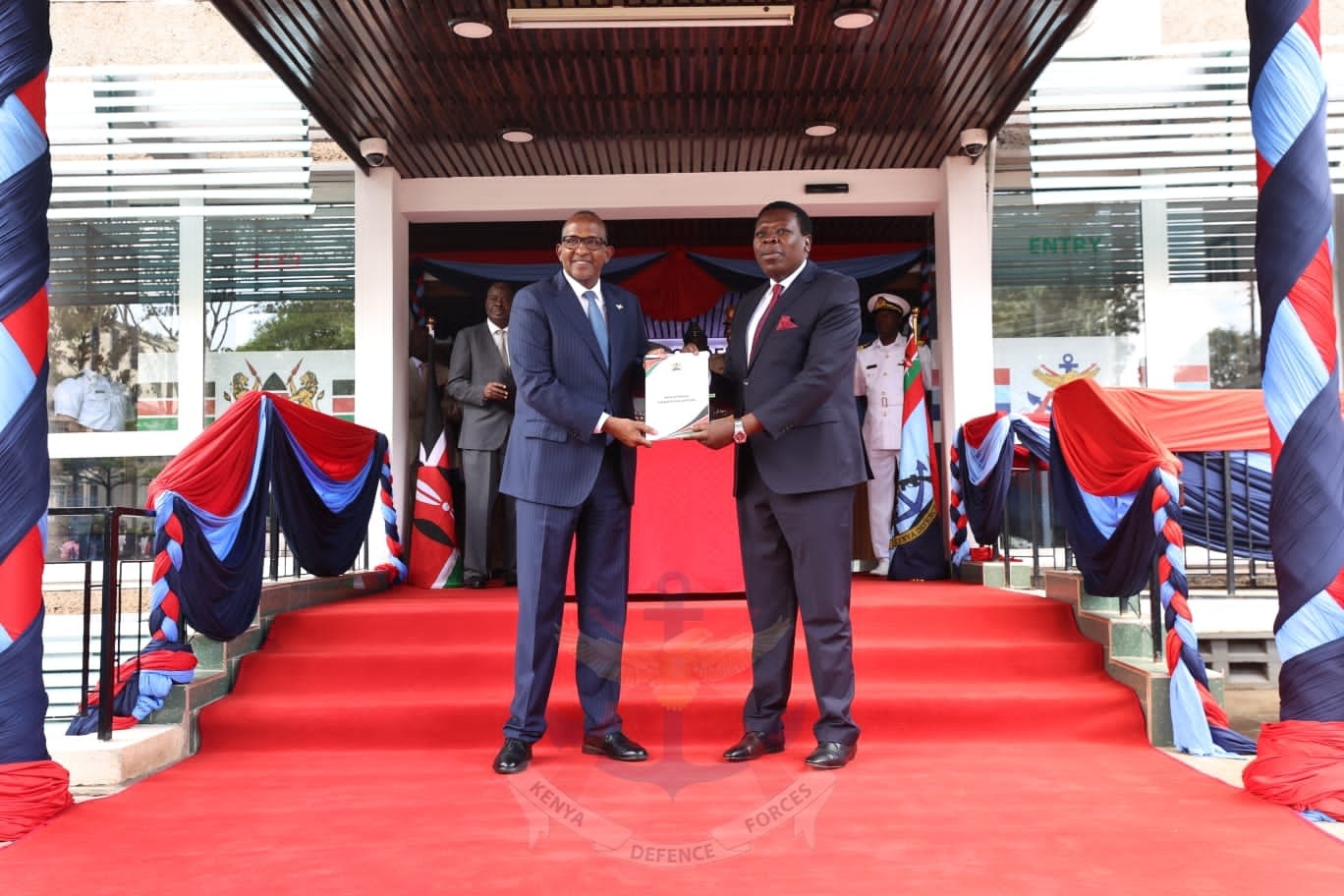 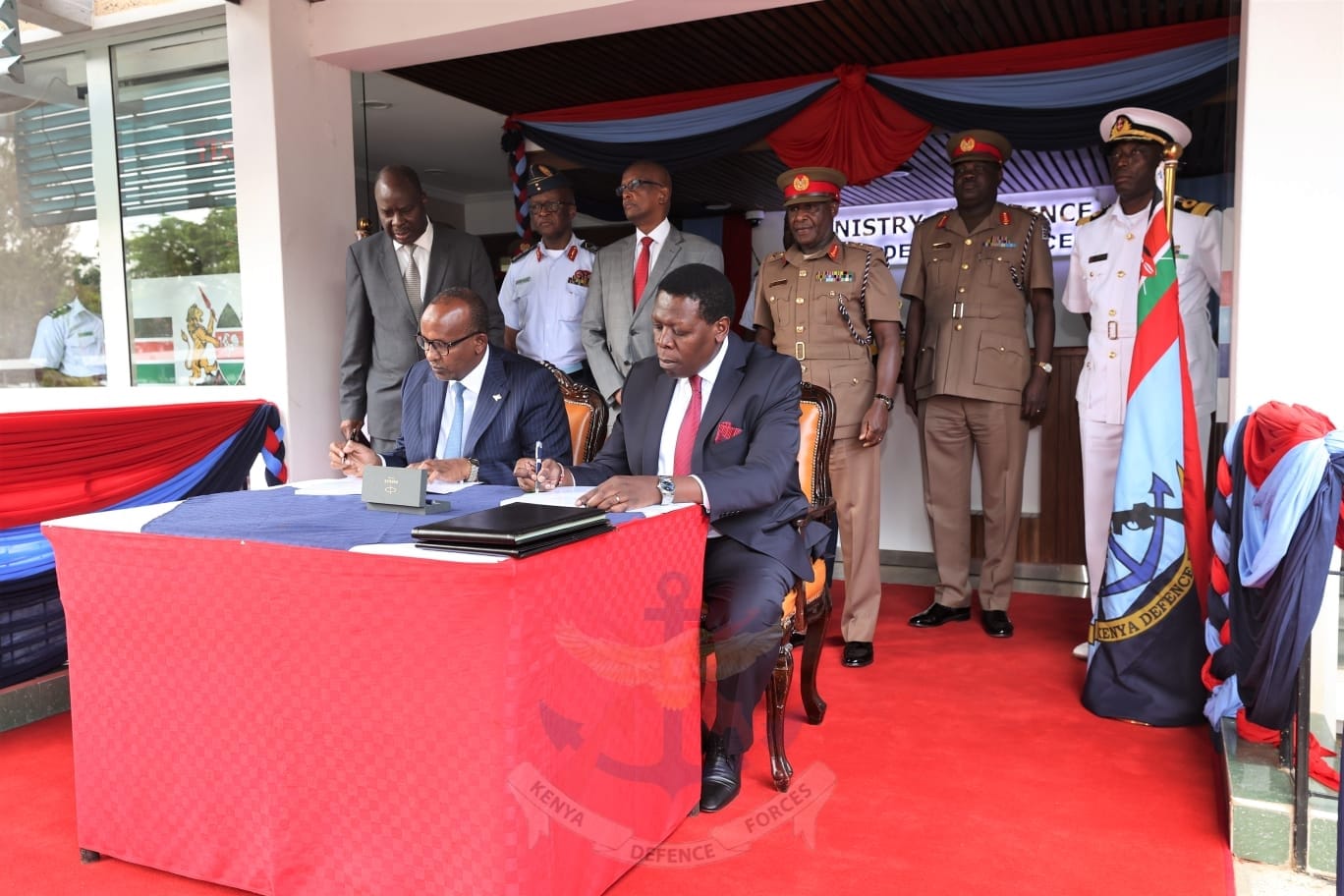 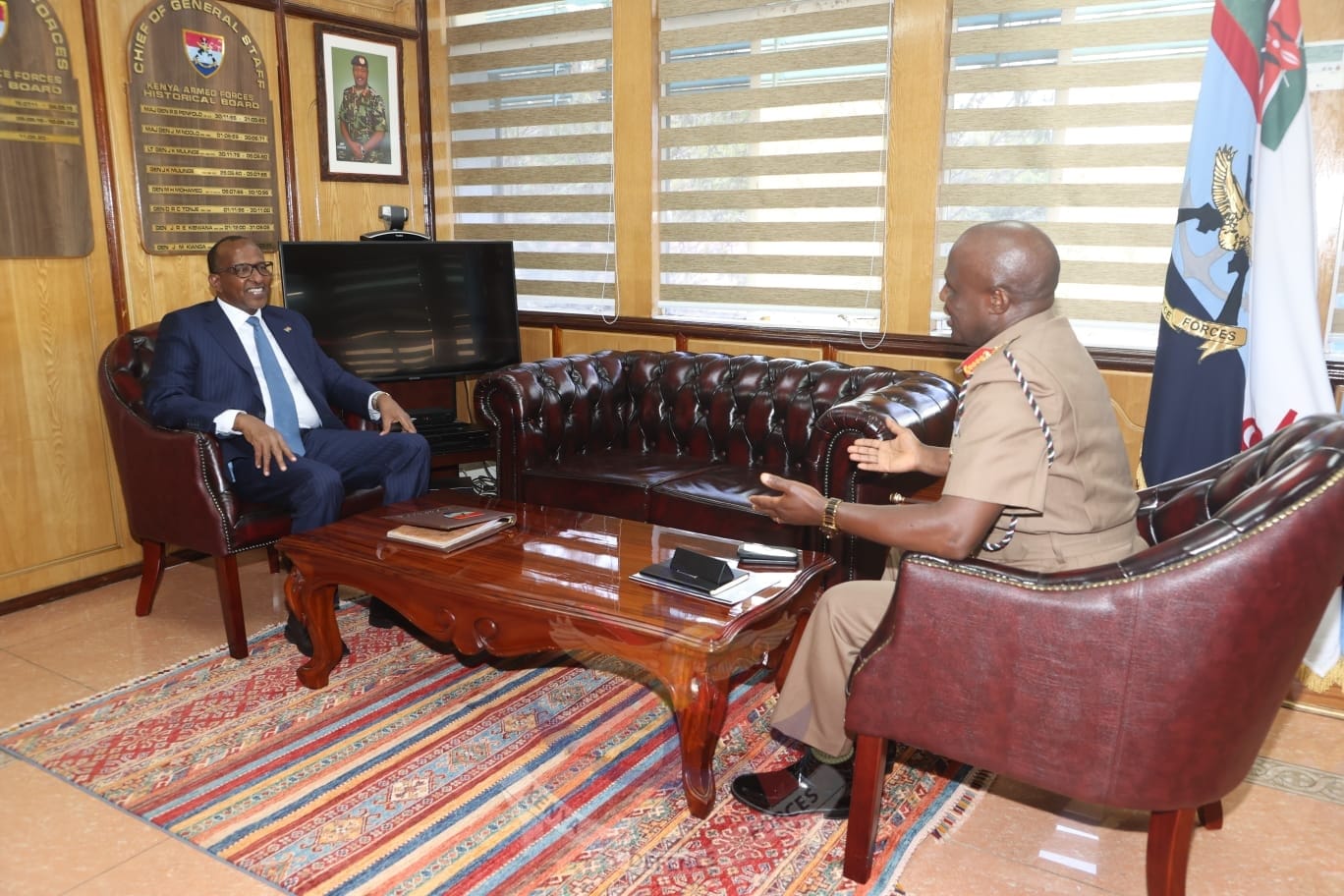 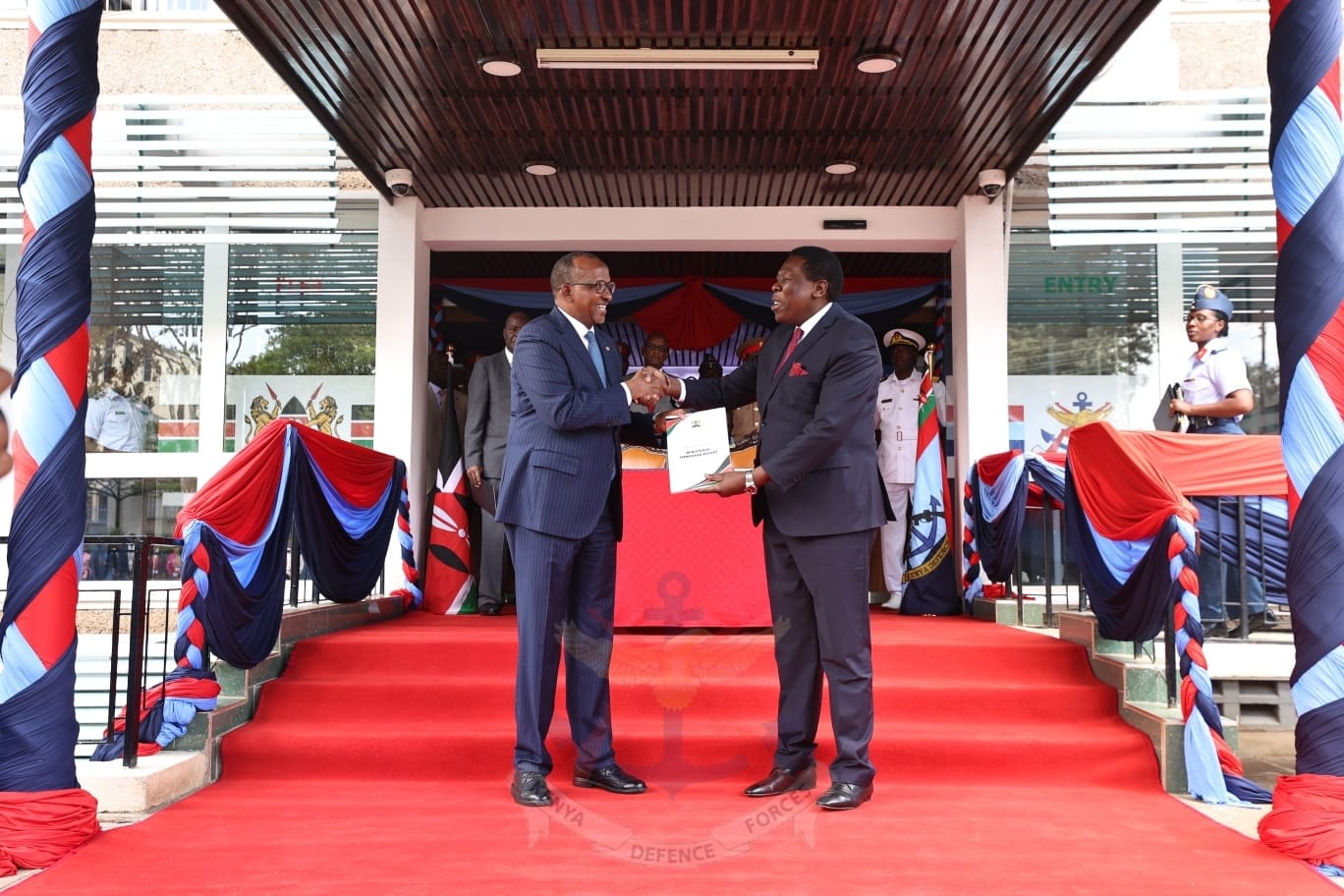 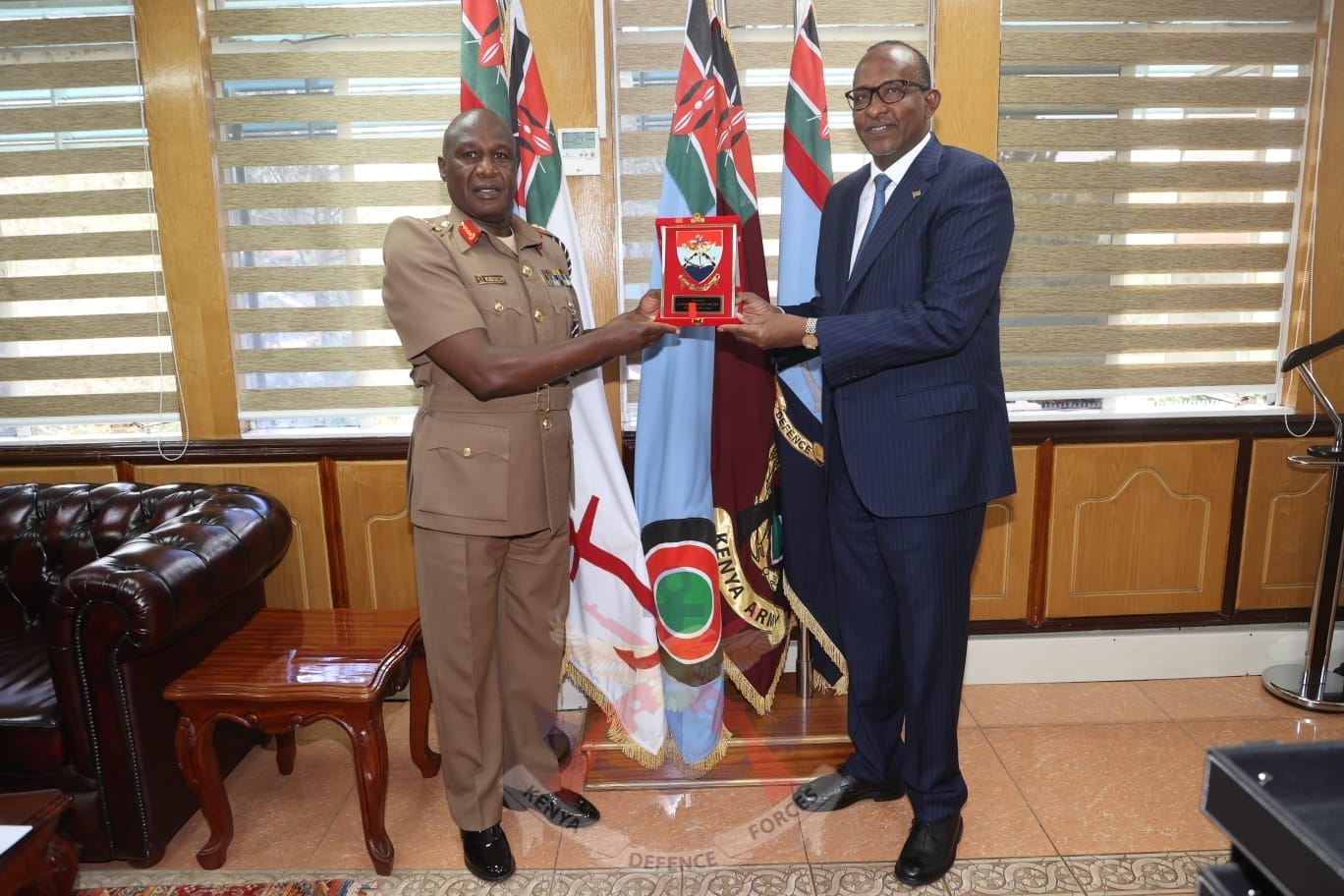 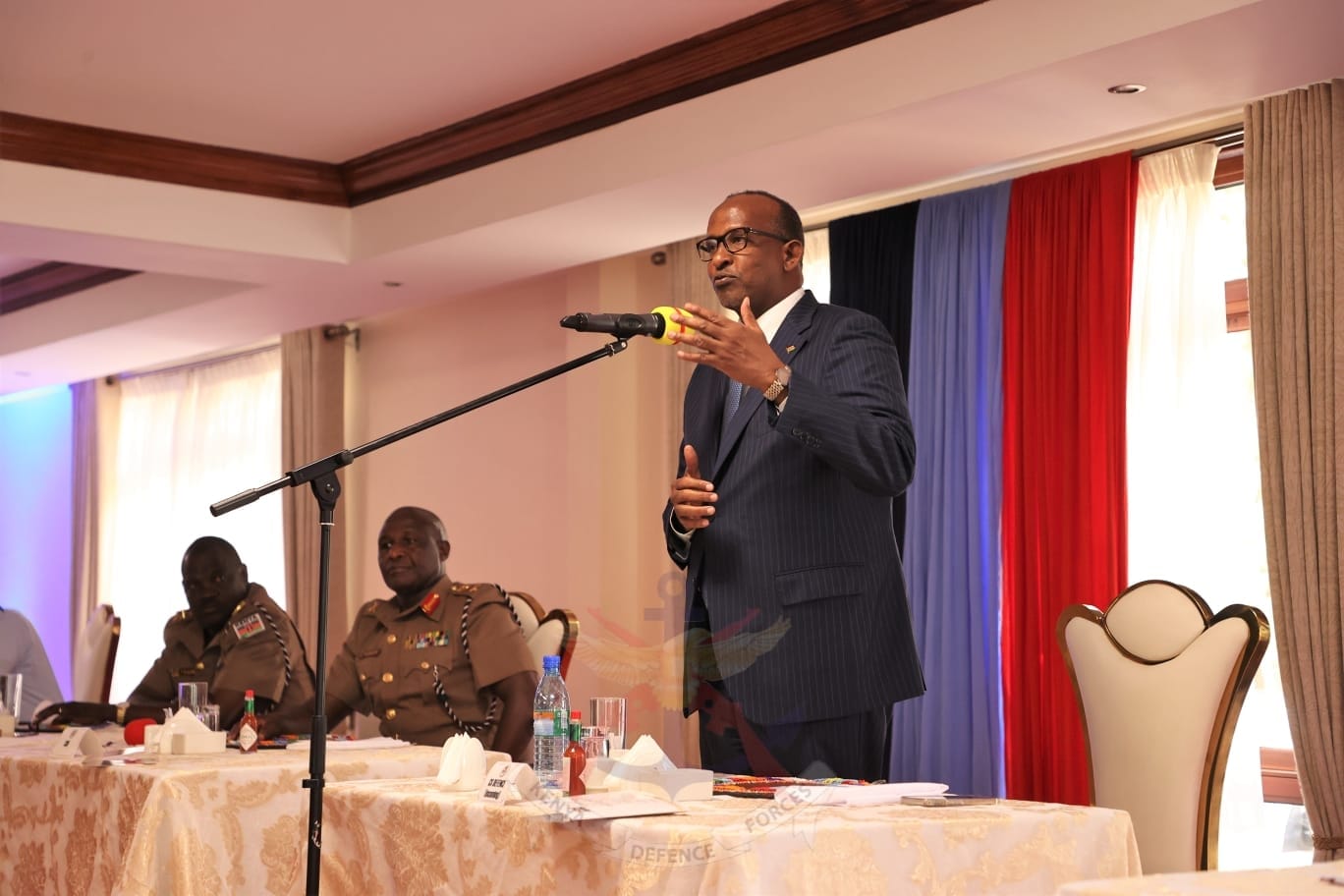 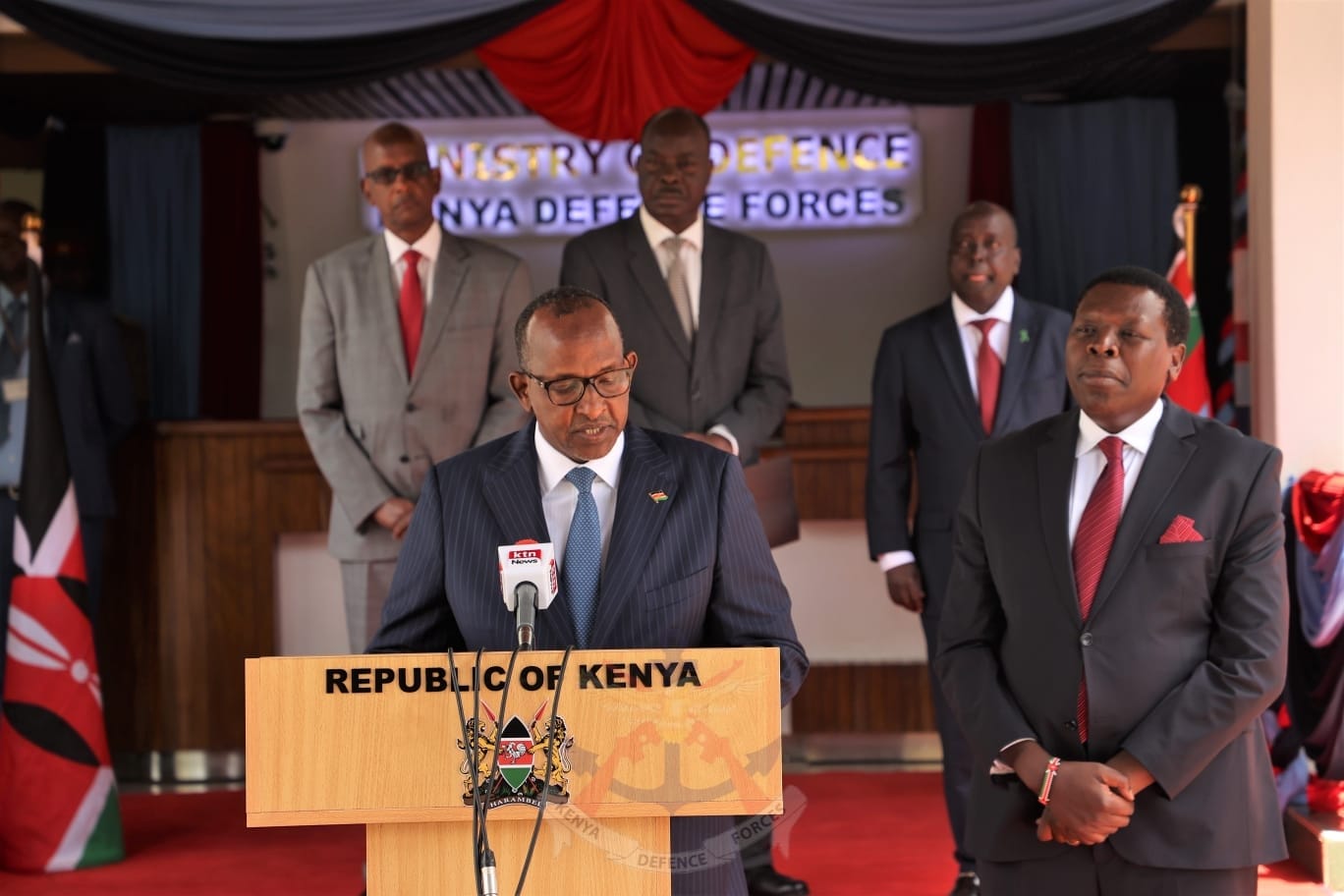 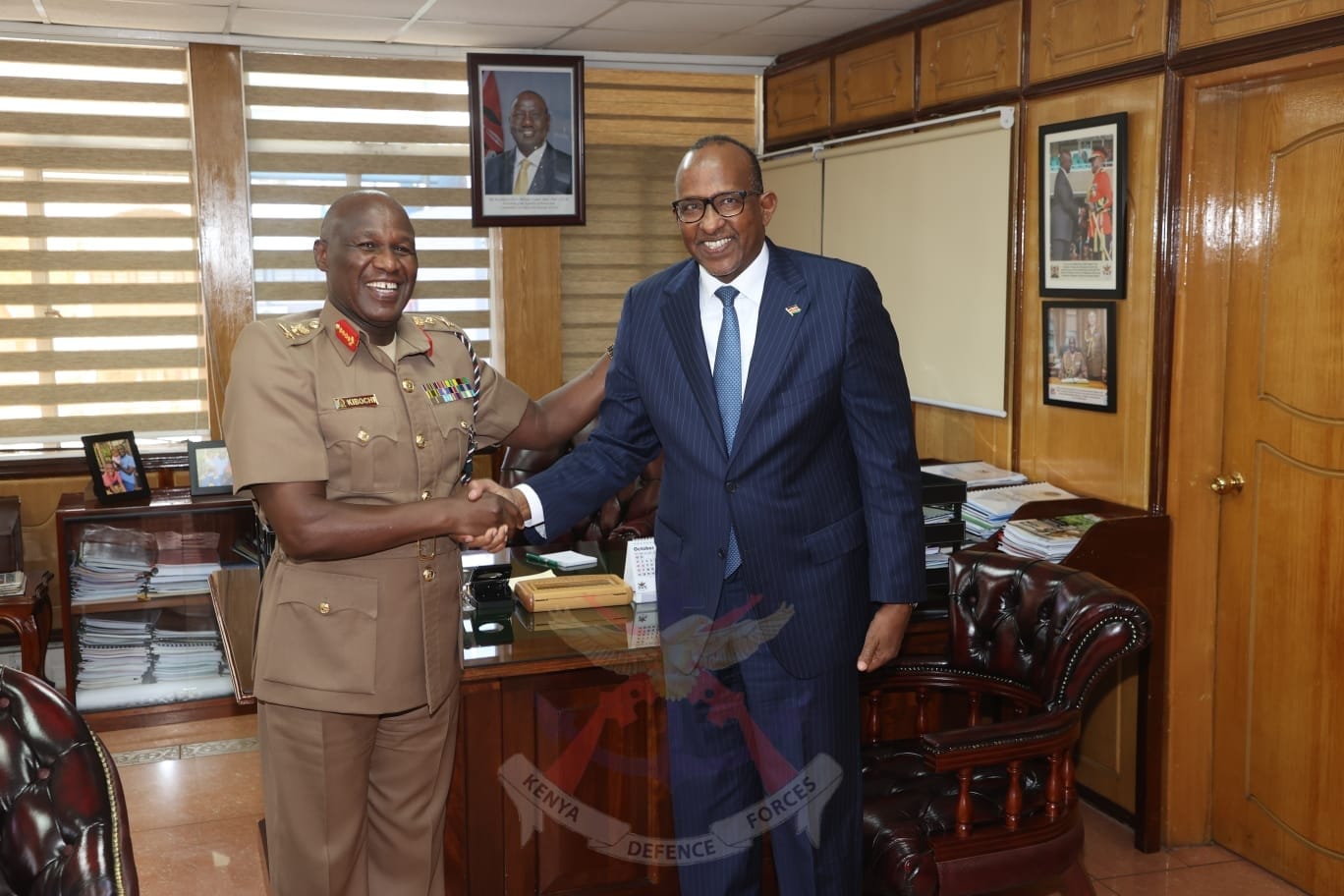