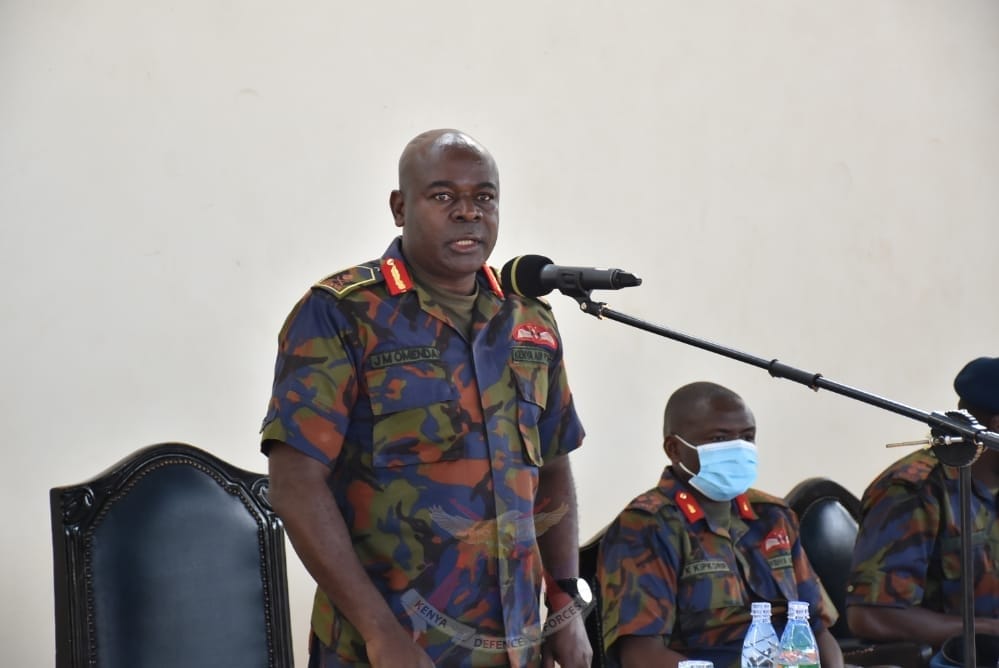 The new soldiers who have just finished their basic military training at the Recruit Training School (RTS) will undergo an induction course aimed at augmenting the basic training.

The induction will familiarise them with the organisation, functions and roles of KAF, KAF formations and units as well as other relevant life skills. This is geared at equipping them with the necessary skills and knowledge that will develop their character and enable them perform their duties effectively thereby ensuring they are mission ready.

Speaking during the event, Commander KAF advised them to take their work seriously as it is a calling to serve the nation. “You took an oath to obey all laws and carryout your duties without fear or favor and you should be ready to do this 24/7,” reiterated Maj Gen Omenda.

Finally Commander KAF, emphasized on core value of being apolitical. “The nation is at critical stage of exercising National elections which will commence in about two weeks time, let us remain impartial and whoever will win we will embrace as our Commander in Chief,” he said. 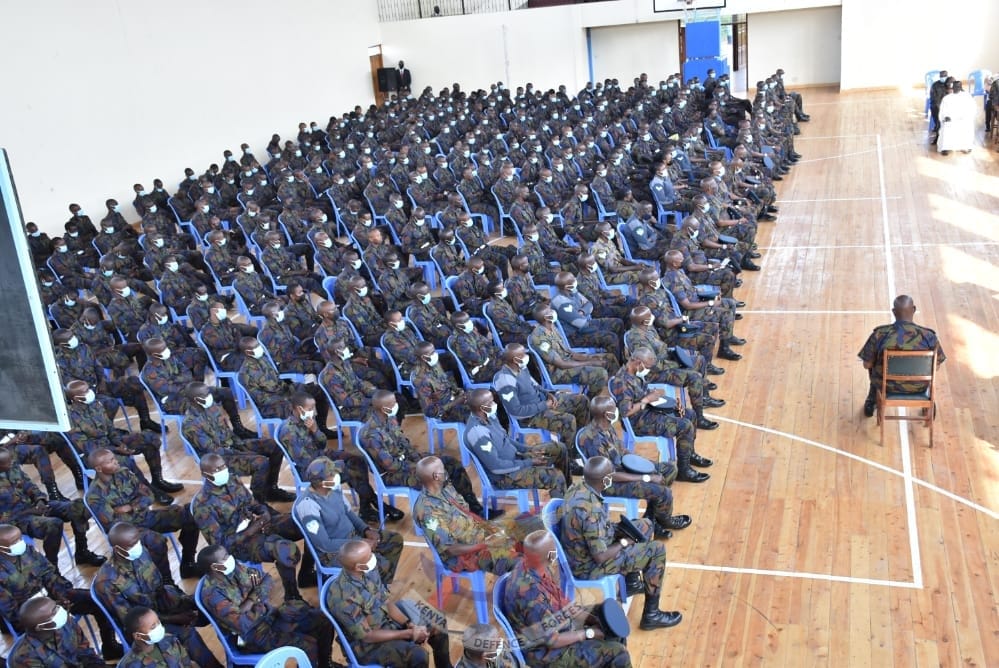 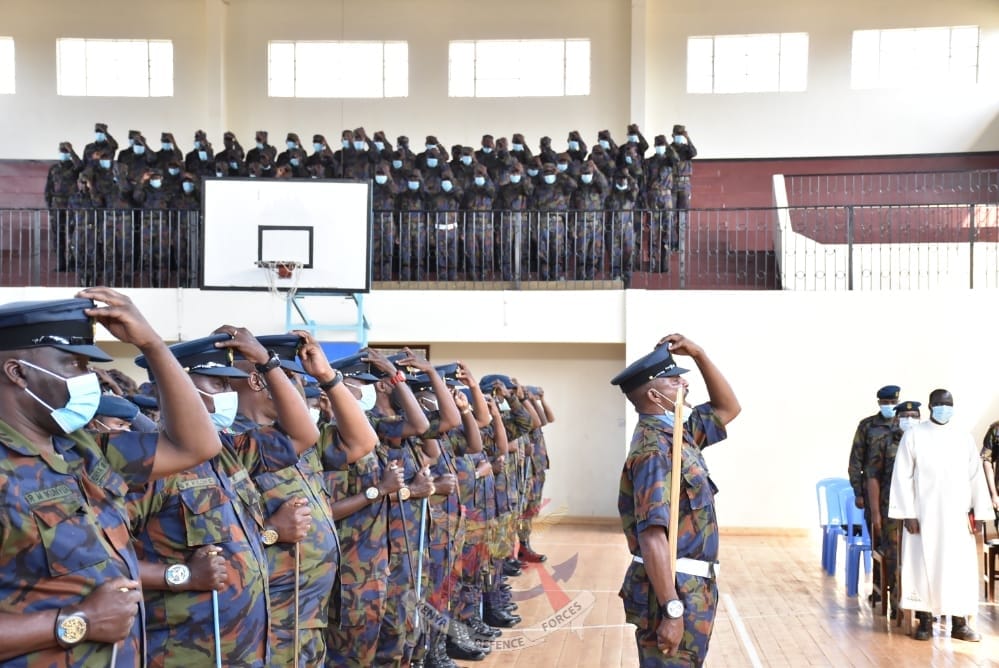 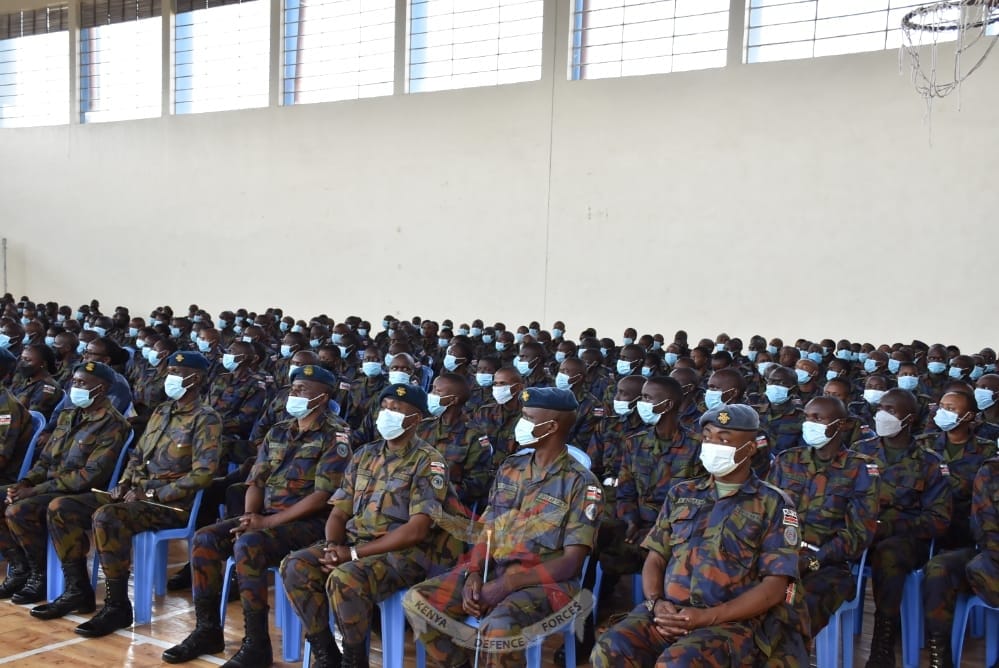 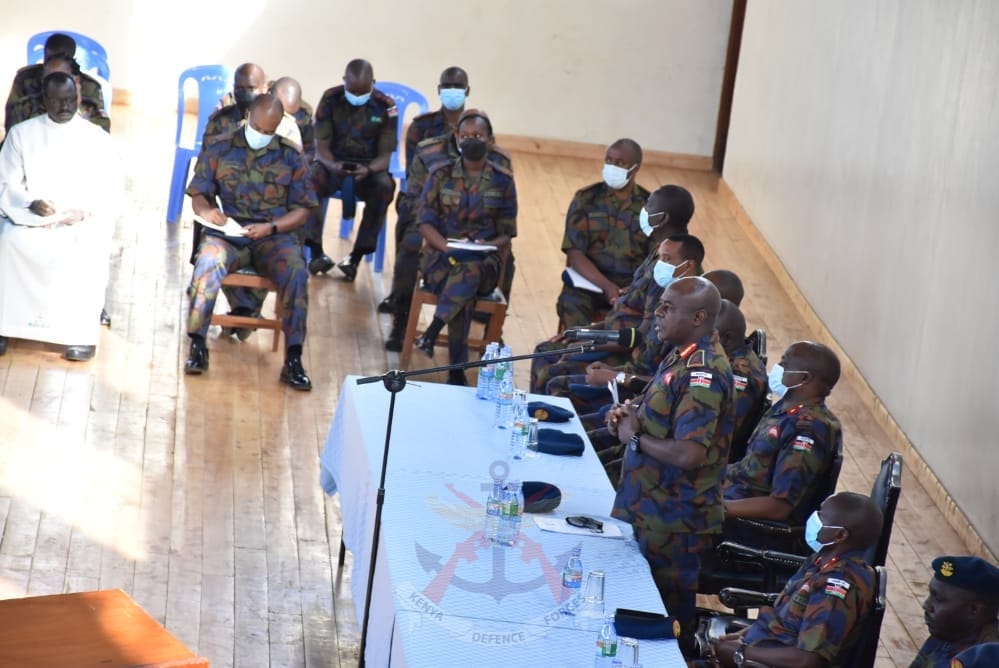 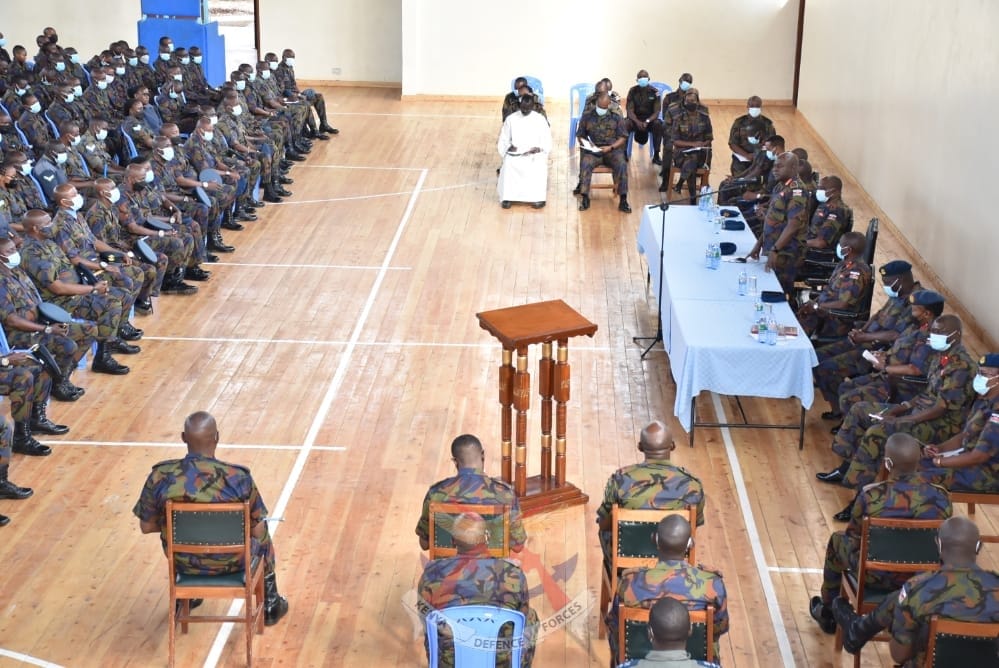