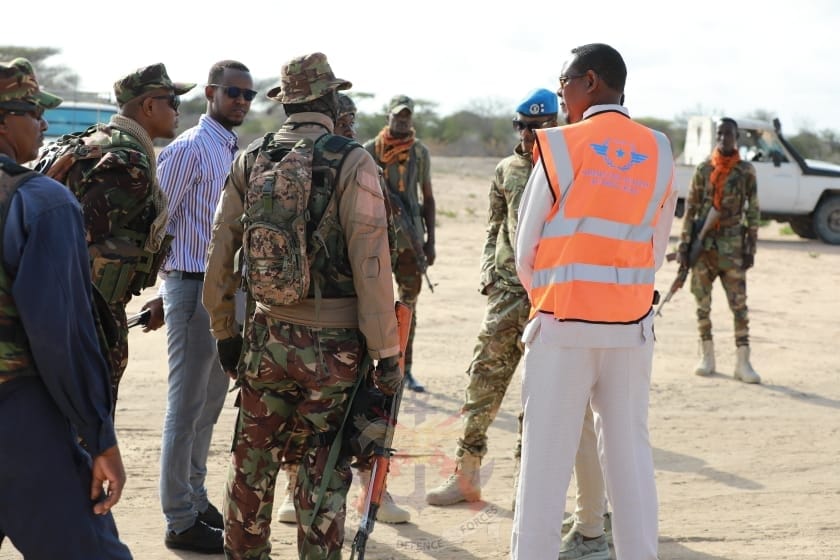 On 22nd August 2022, Kenya Defence Forces (KDF) troops operating under the African Union Transition Mission in Somalia (ATMIS)  carried out rehabilitation works on the  Dhobley airstrip which is located a few kilometers from Dhobley town in Southern Somalia.

During the rehabilitation, KDF engineers extended the length of the airstrip  from 1.6 Km  to 2Km and also carried out backfilling and compacting of potholes on the airstrip. They also set up a drainage system to reduce soil erosion during rainy seasons.

The airstrip which serves as a transport corridor for both luggage and people for a number of towns in southern Somalia,  had been eroded by water and had several potholes due to lack of maintenance. The bad state of the airstrip had led to wear and tear of several aircrafts which hindered the usefulness of the airstrip.

Speaking  as he oversaw the grading of the airstrip,  the Officer Commanding  Engineer Squadron ,  Major Kevin Mulupi, noted that  by helping maintain such crucial infrastructure, KDF is able to give a hand to the local community in the wake of pursuit of peace and stability in Somalia.   “We are committed to working closely with the local communities as well as the  government of Somalia in civil military cooperation activities  which are crucial in fostering peace and development,” he said.

Locals who spoke during the commissioning of the works  lauded KDF for the continued support in improving the infrastructure, pointing out that flights will now resume in the airstrip which will boost trade and consequently boost the living standards of the local communities. 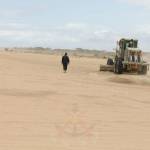 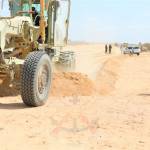 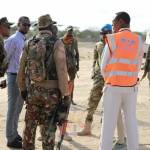 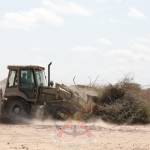 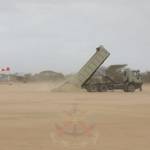 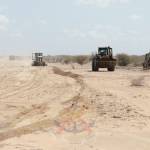