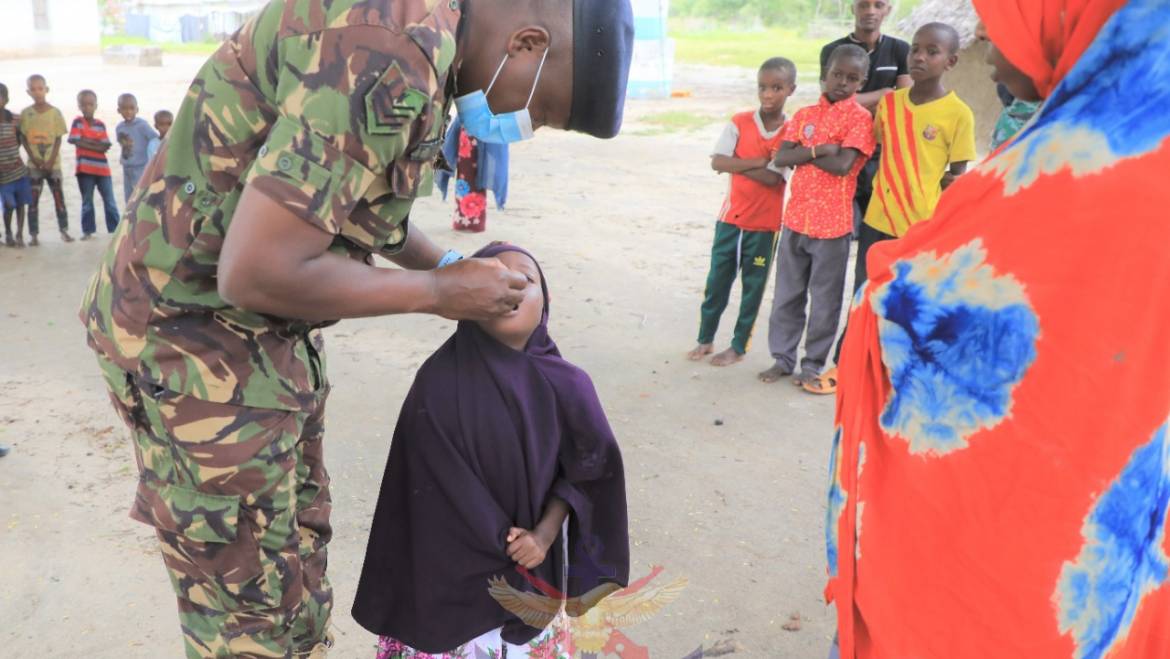 KDF and Lamu County health workers have come together in an effort to stem polio in villages within Boni forest.

The exercise targeted children below the age of five in the far-flung areas of Boni forest which include Milimani, Basuba, Mangai and Mararani.

The vaccination programme benefited at least 100 children and aimed to bolster good relations with residents of Boni with security agencies.

KDF announced that the crucial jab is part of civil and military cooperation designed to cushion locals from severity of diseases.

Additionally, KDF reiterated its desire and mission to provide humanitarian assistance to vulnerable members of the society in different parts of the county.
Locals hailed the KDF troops for the assistance to the community.

“We value the assistance KDF gives us; it is always timely. We are happy for the gesture and hope they will continue because we have so many problems ailing us,” said Amina Hassan one of the parents whose child was vaccinated.

Milimani assistant chief Bashir Salat, said that the area had been left behind in the previous exercise due to rains and deplorable state of roads, ‘we thank KDF for flying in medics to vaccinate our children’ he added.

The continued accumulation of children who have not received any lifesaving vaccines has created a great risk of outbreak of vaccine preventable diseases, such as the highly infectious and deadly measles, tetanus and polio, while also exposing other children.

The two entities are undertaking an emergency response initiative that seeks to provide primary healthcare services to all children under 5 years of age as well as pregnant and lactating women in arid and semi-arid counties.

The military medics were in company of area administrators and Boni elders, who promised to work with security players in the fight against the Al Shabaab militants. 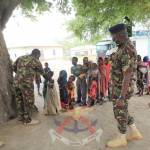 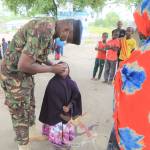 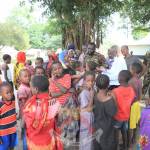 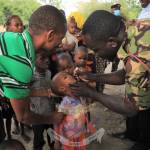 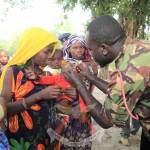 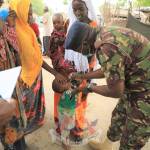 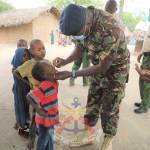 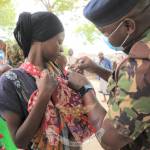 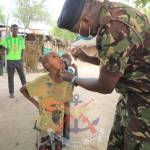