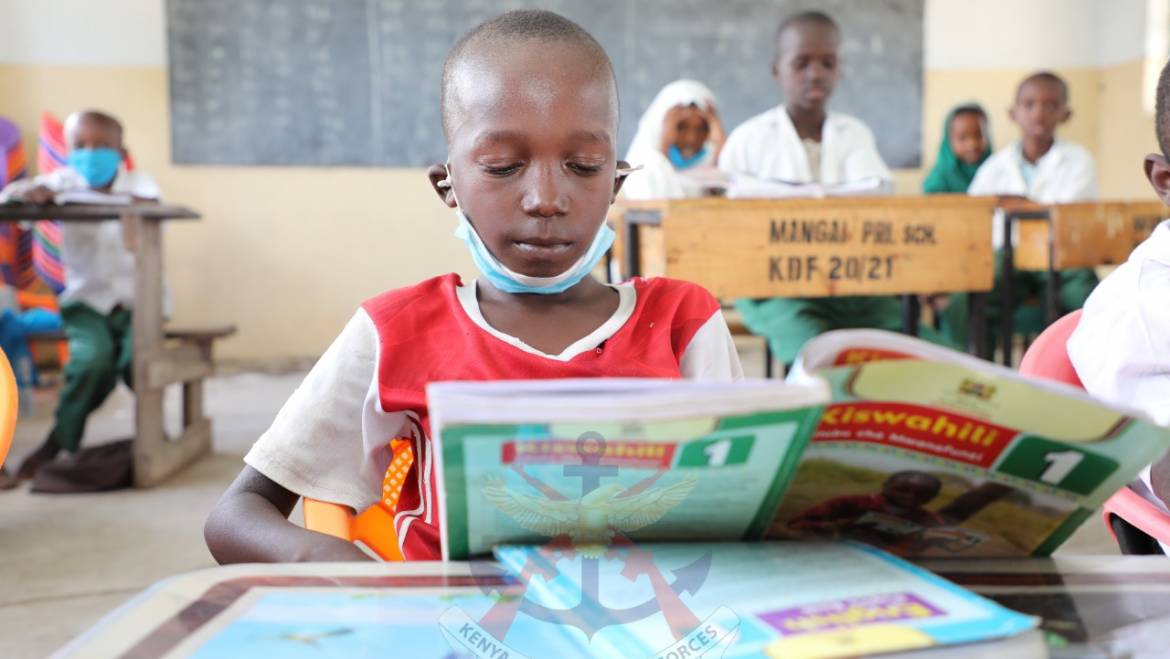 While presiding over the handover ceremony, the OAB Commander Colonel Meshack Kishoyian also presented several books, beds, water tanks and desks to the school from KDF.

In his speech the Commander affirmed that the KDF was committed to assisting Boni learners have access to better and quality education for the overall development and stability of Boni.

He also warned parents against marrying off their daughters at tender ages urging them to give them a chance to learn up to College level like their male counterparts.

There are no schools that go beyond class five in that area, making access to high learning difficult. The pupils expressed happiness with KDF alleviating the strain of thr long travel from Mokowe to Lamu for the upper primary education.

‘‘It gives me pleasure when I know that I will never have my pupils transferring to schools in Lamu West because of lack of enough classrooms and boarding facilities. I thank the KDF for coming to our rescue”, said the Mangai head teacher Mr. Khamis Mwaleso.

Meanwhile Colonel Kishoyian also handed over two tuition blocks and toilets in Bodhei Junction Primary School. Bodhei Junction Primary School Head Teacher Mr Mohammed Menya, thanked KDF for this development noting that the classrooms will provide a conducive environment for learning. Our teachers are happy that this development will assist our pupils to learn like the rest of their counterparts in the country.”

As a symbol of appreciation, Bodhei Junction residents presented the KDF soldiers with wooden crafts made from indigenous trees. “Though, as a community, we don’t have much, we decided to honour you with the little we have. We want you to know that we appreciate your work,” said Mr Menya.

The two learning institutions were built by KDF troops under its Civil Military Cooperation strategy to improve the livelihoods of locals in line with the County and National Governments’ effort. Locals welcomed the gesture promising to work hand in hand with KDF in combating criminal and terror activities. 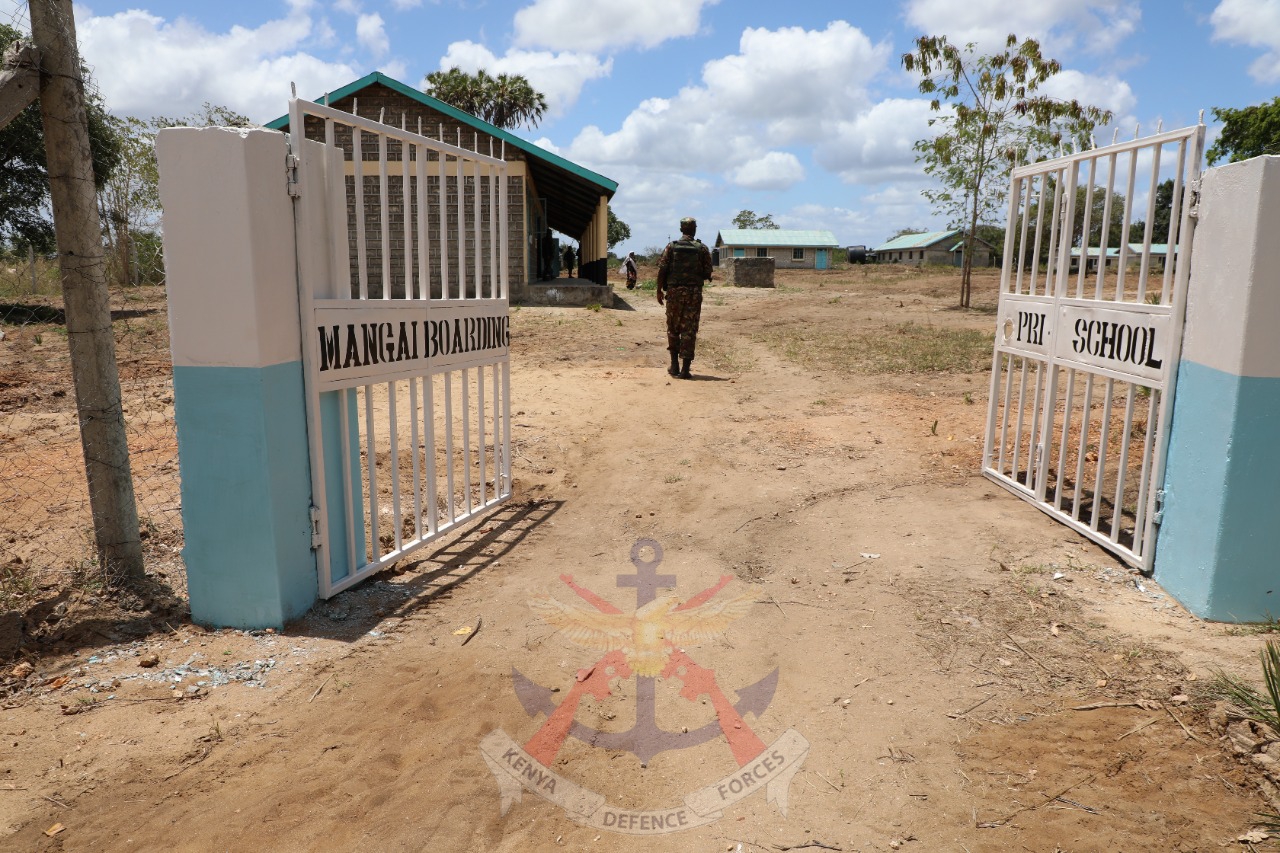 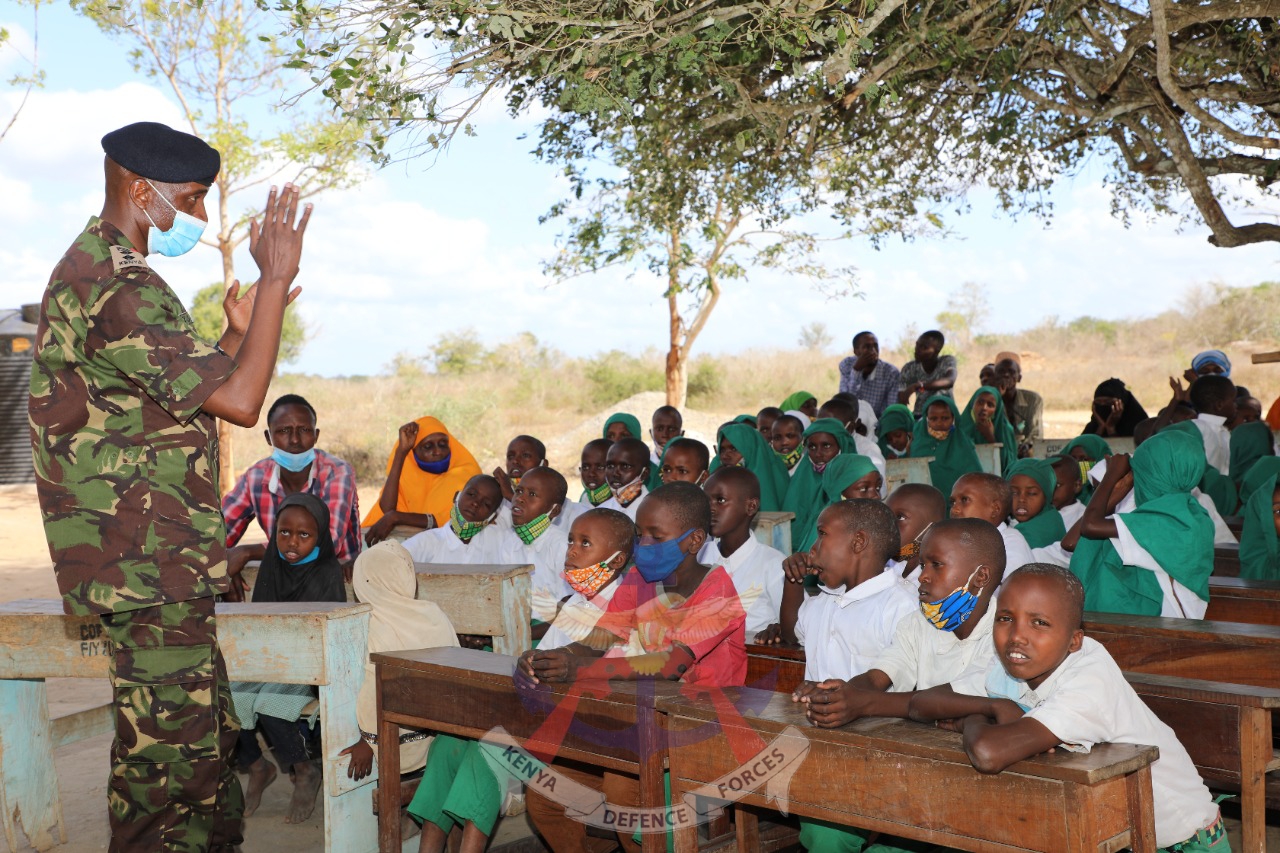 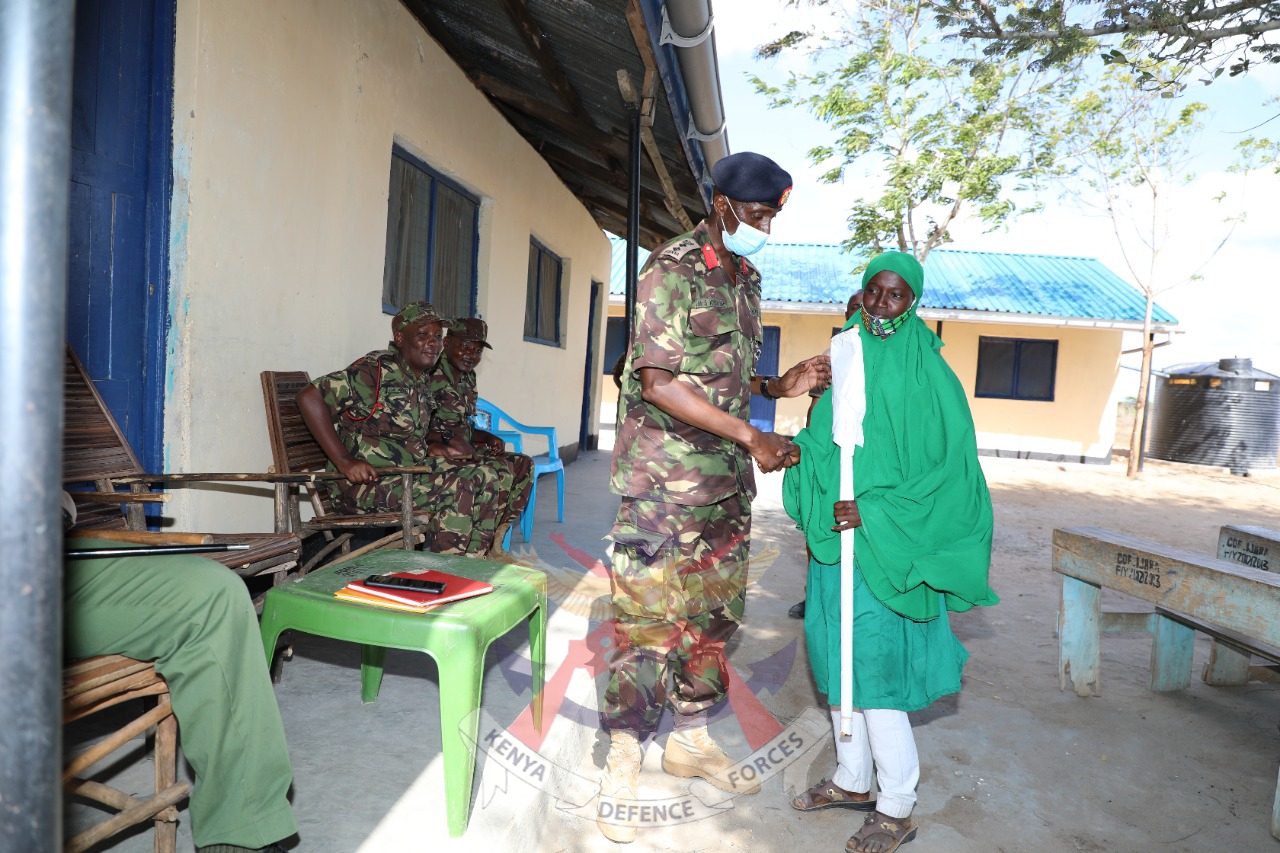 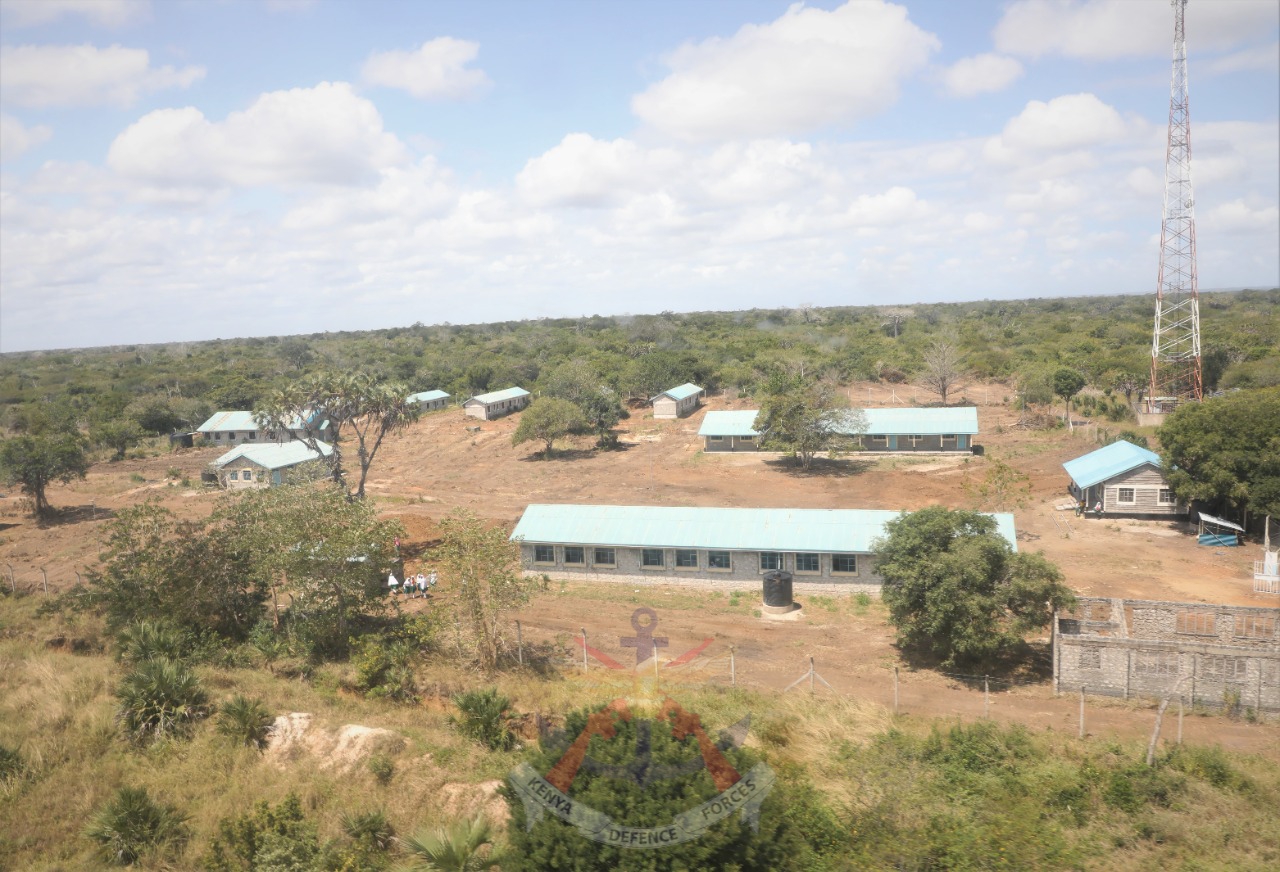 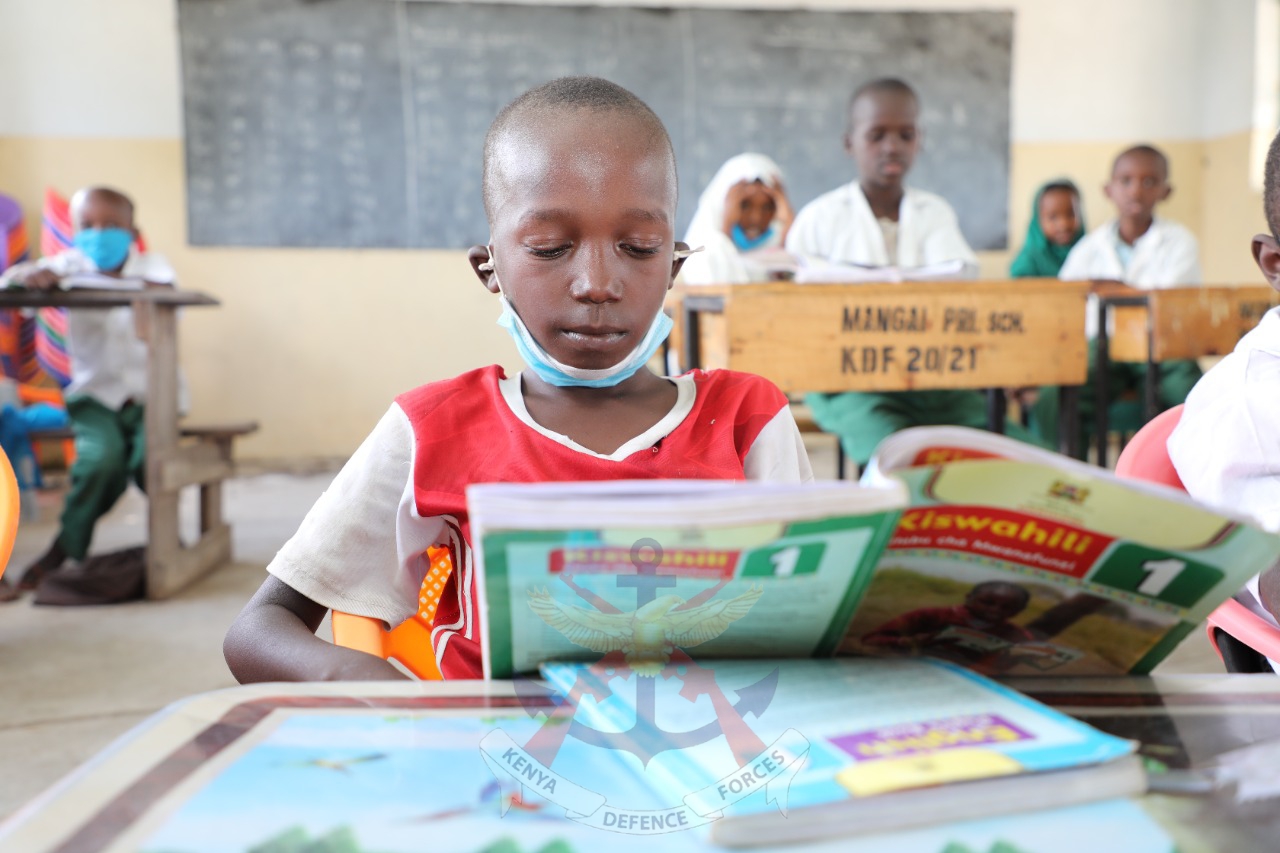