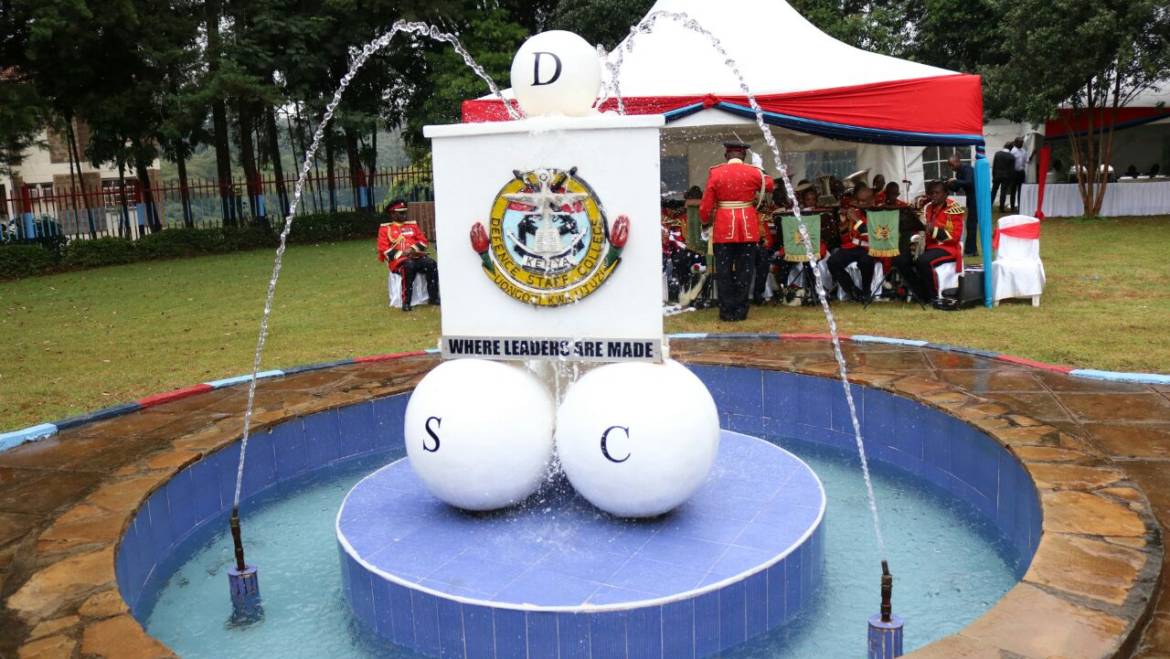 The Defence Staff College (DSC) held its 34th Graduation Ceremony on Thursday, 6 June 2019, in Karen, Nairobi which saw 52 officers graduate, of these 11 participants were drawn from 7 friendly African countries.

DSC is a Kenya Defence Forces-sponsored institution charged with the responsibility of preparing selected officers for the assumption of increased responsibility in command and staff duties.

Before addressing the graduands, the Guest of Honour, the Cabinet Secretary (CS) for Defence, Ambassador Raychelle Omamo, presented certificates to the course participants and thereafter awarded the six best graduates.

In her speech, the CS congratulated the graduates for completing 46 weeks of study.

“Your presence here today is testimony to your diligence, intellectual curiosity and determination. I am delighted to join your families and friends in celebrating your success and I thank them for supporting and encouraging you throughout this course,” said the CS.

She expressed her gratitude to the College Advisory Board, the three Services of the Kenya Defence Forces (KDF), the University of Nairobi and the Kenya School of Government for their diligent support and partnership that bore fruit resulting in the day’s ceremony.

The CS further acknowledged that the Defence Staff College has distinguished heritage.  She noted that for 35 years the college has engaged in the training and preparation of middle level military officers.

“Graduands of this college shine brightly because they are inculcated with a spirit of service and patriotism. I am pleased that this college opens its doors to officers from sister countries throughout Africa. In this way, the college benefits from Africa’s rich cultural diversity and military tradition,” the CS added.

The CS applauded the entire Defence Staff College fraternity for steering this course to its successful conclusion and for maintaining the heritage of excellence associated with the college.

In her conclusion, the CS took note of the high number of female graduates, adding that this goes well in addressing gender mainstreaming.

“I am so delighted to acknowledge that seven female officers are graduating today and for the second year in succession the best performing graduate of this course is a competent and brilliant female officer,” added the CS.

The Defence Staff College (DSC) Course Participants during the 34th Graduation Ceremony in Karen on 6 June 2019.