THE REASON FOR THE SEASON 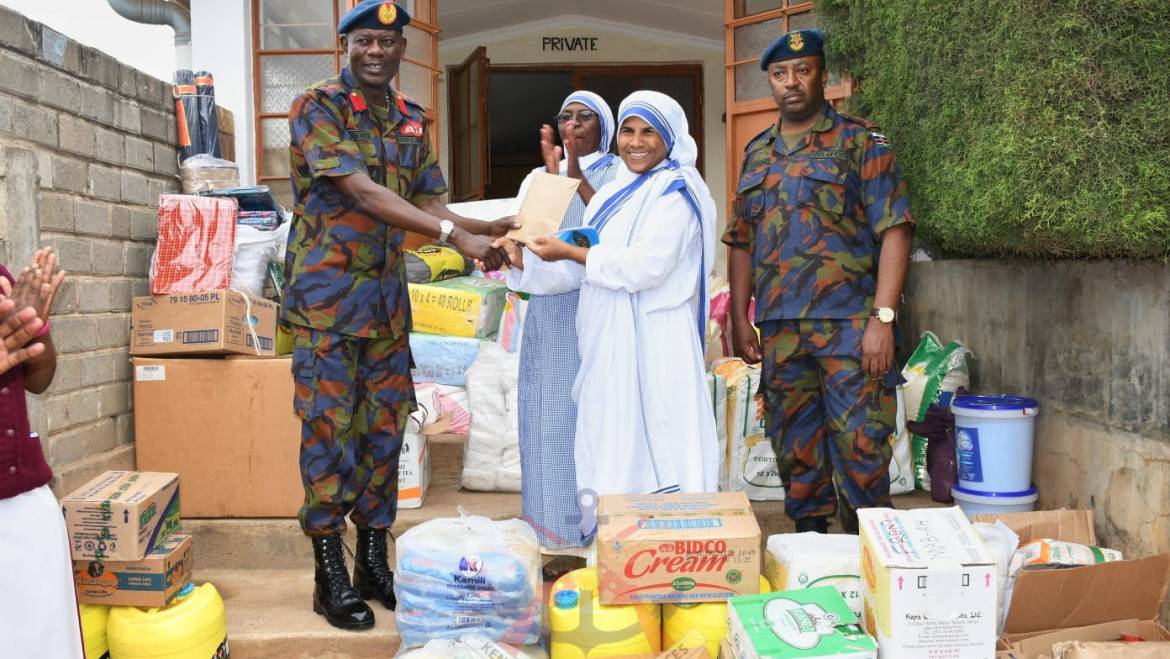 Christmas came early for Mother Teresa Children’s home, Huruma as they were visited by a team from Moi Air Base (MAB).

They were later taken on a tour around the home. This included; mother and children section, physically challenged women and children abled differently, where the troops got to interact with the residents cheering them up.

Colonel Wafula said the essence of the visit was to remind the residents that they are not alone and also to thank the entire team at mother Teresa Children’s home for the good job they are doing. “You are not alone we will continue working together for the betterment of this home and also thank you for sacrificing yourselves to take care of this families,” he added.

With a lot of gratitude Sister Maria thanked MAB for always helping them whenever they are called upon and added that she is always praying for the soldiers. “Thank you for everything that you are doing, for never giving up on us all the times that we are in need of your help and also thank you for protecting our country. You are always in our prayers,” she said.

Deputy Base Commander MAB was accompanied by Senior Officers, Officers, Service members and members from our Lady of Assumption Catholic Church. 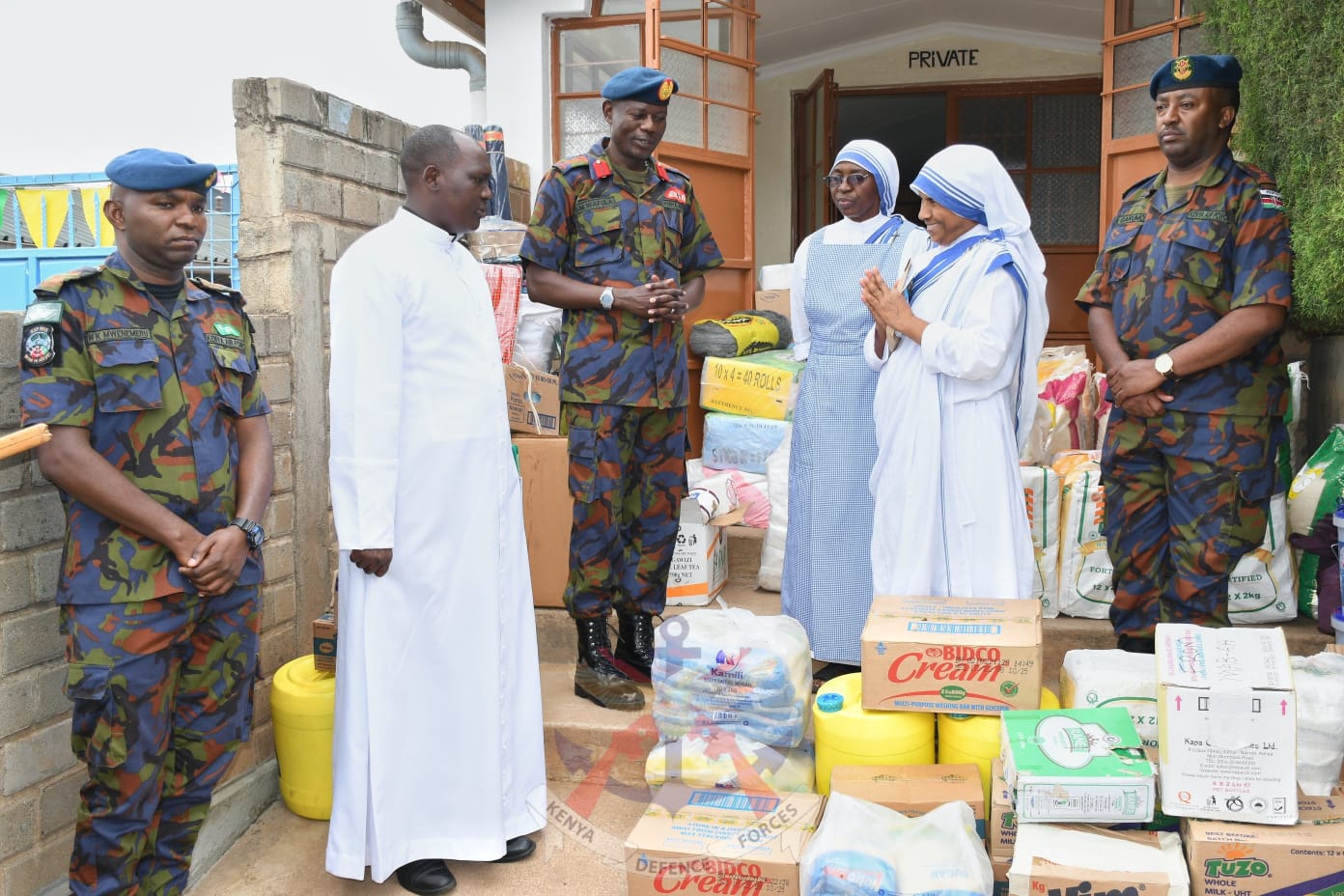 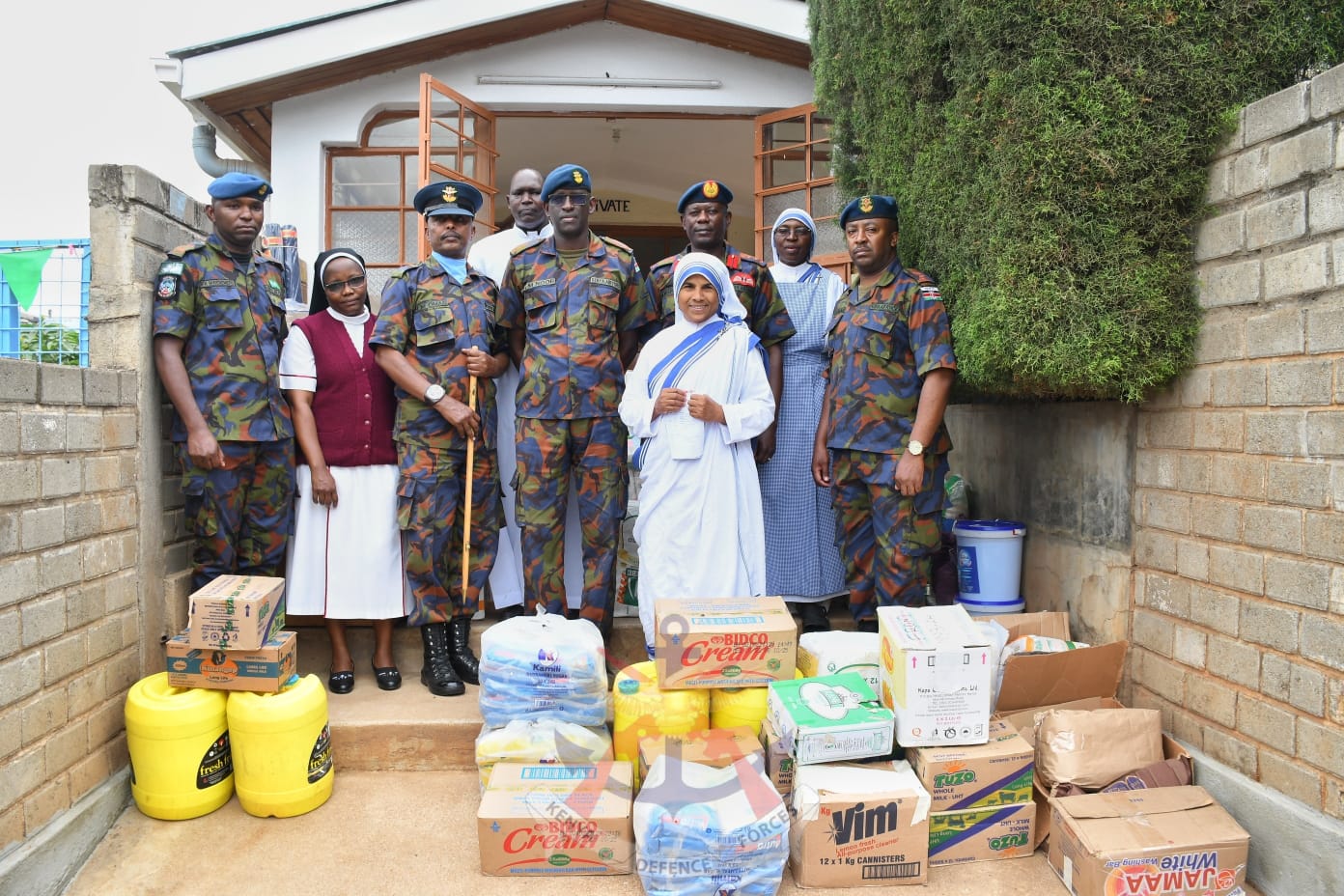 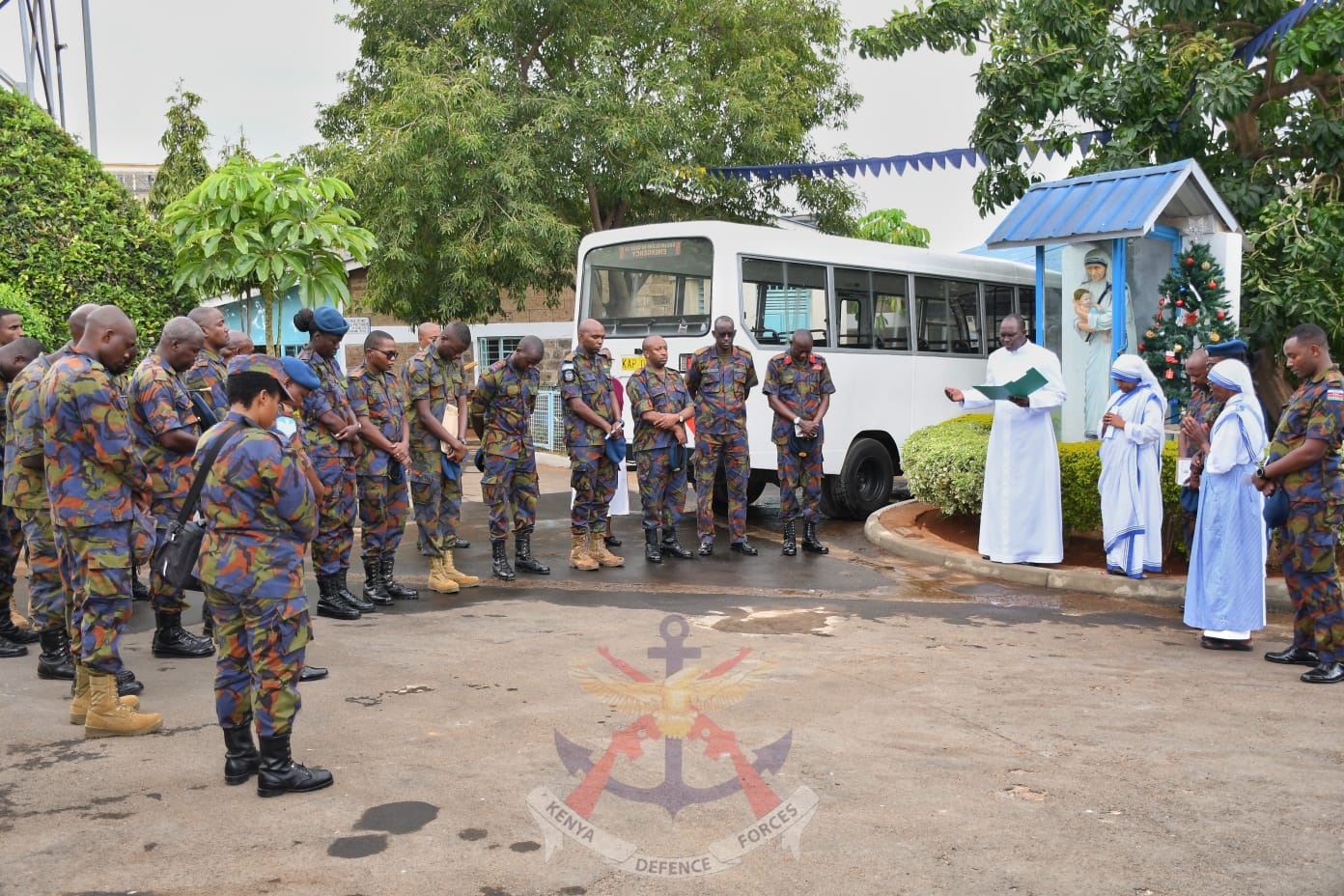 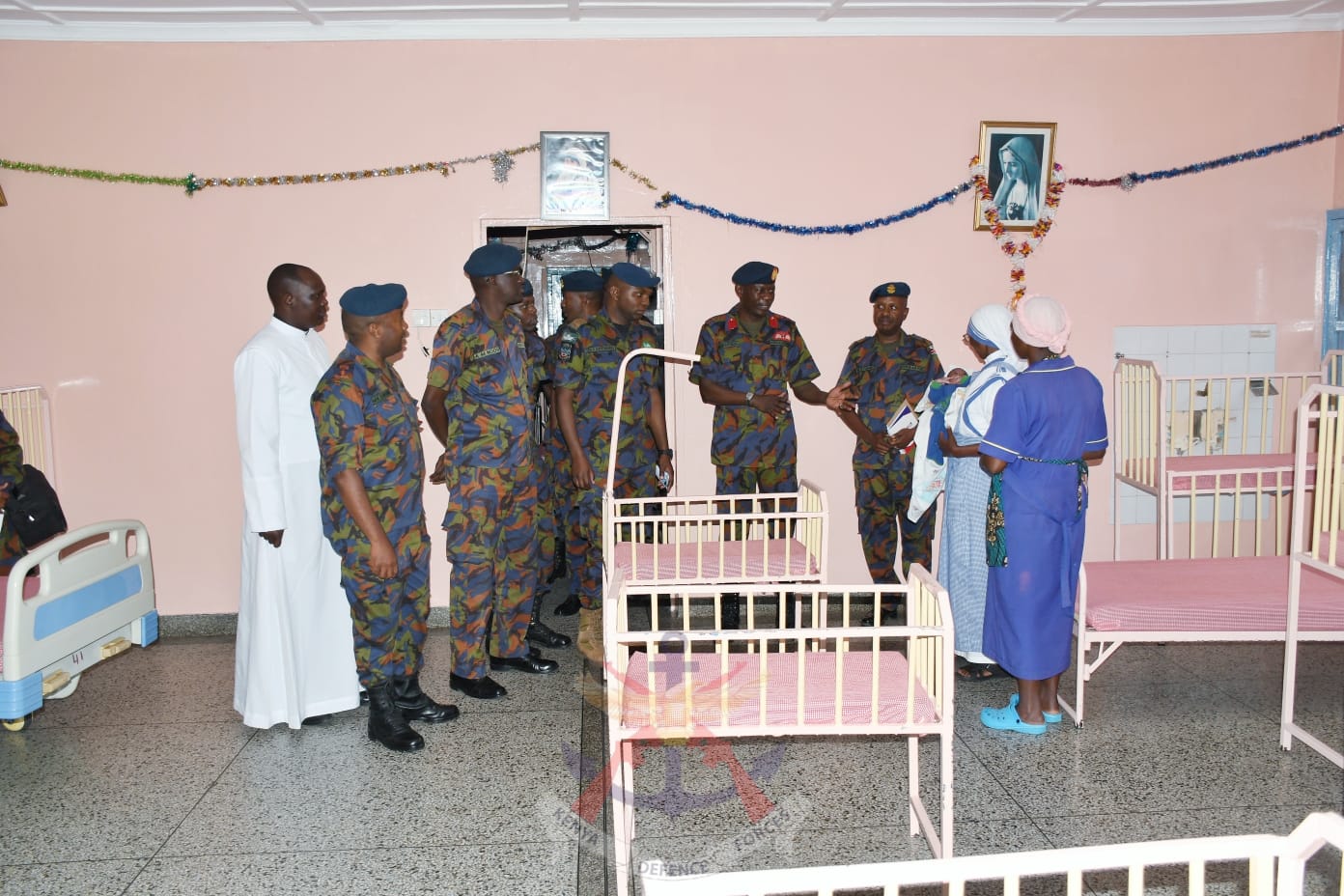 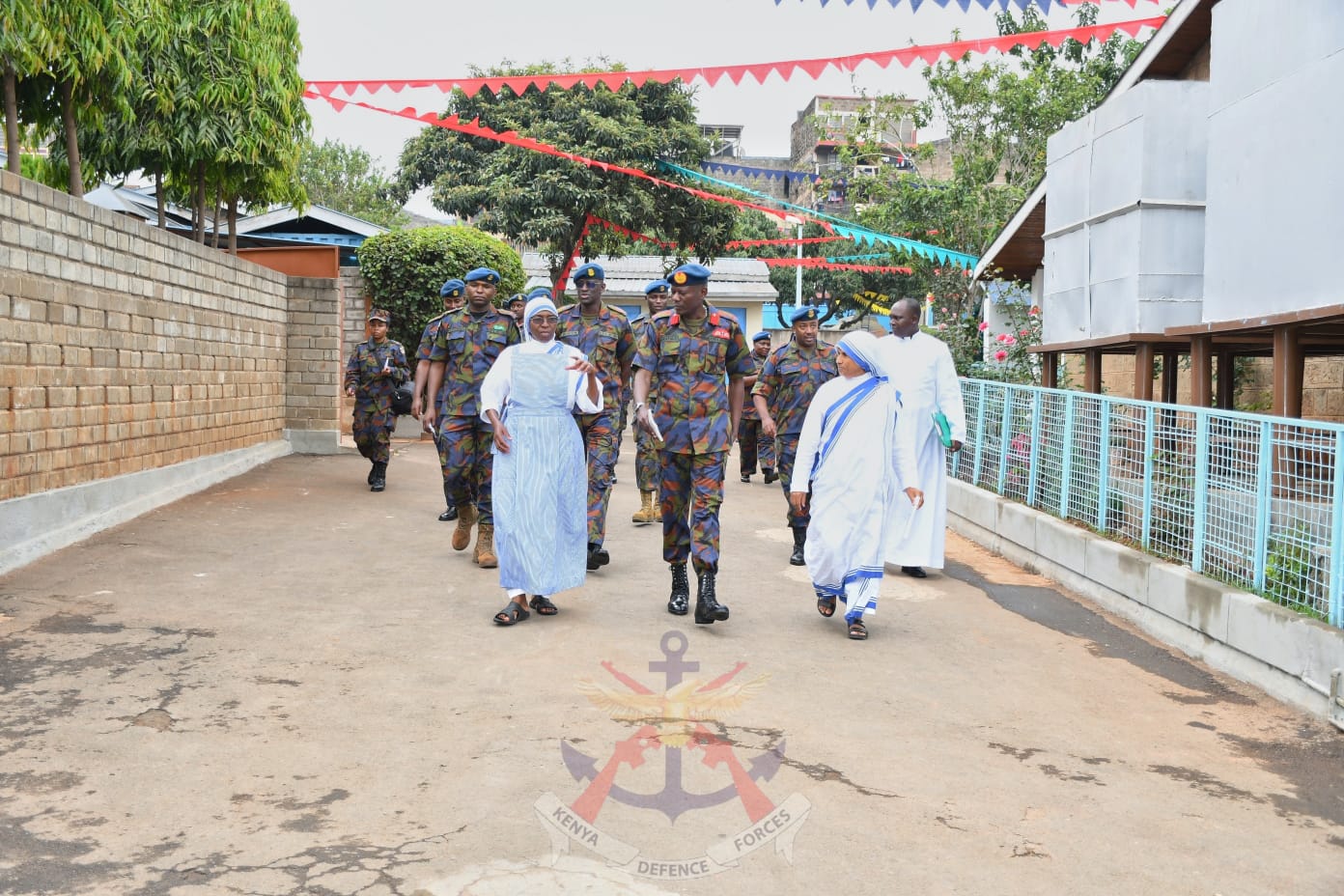 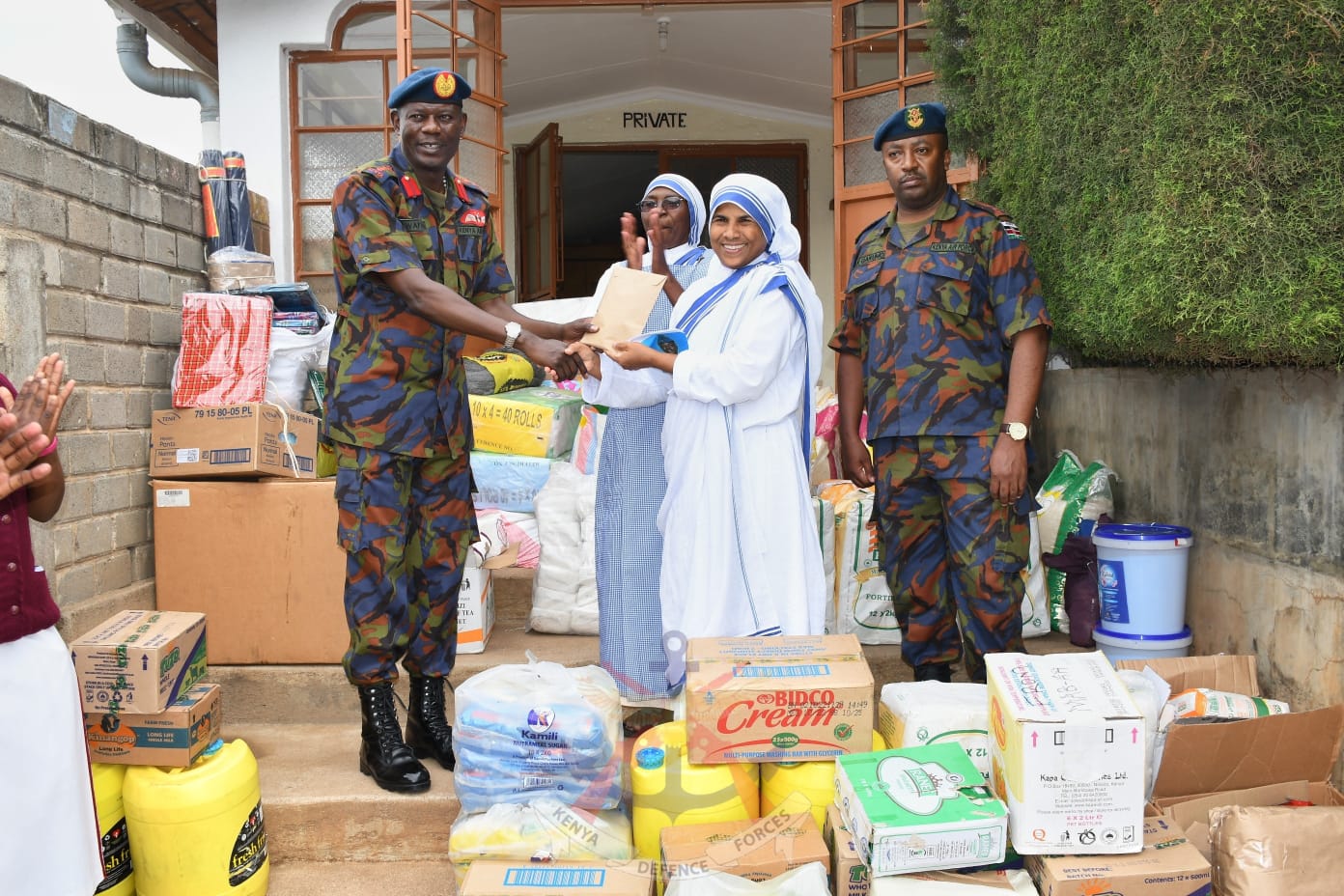 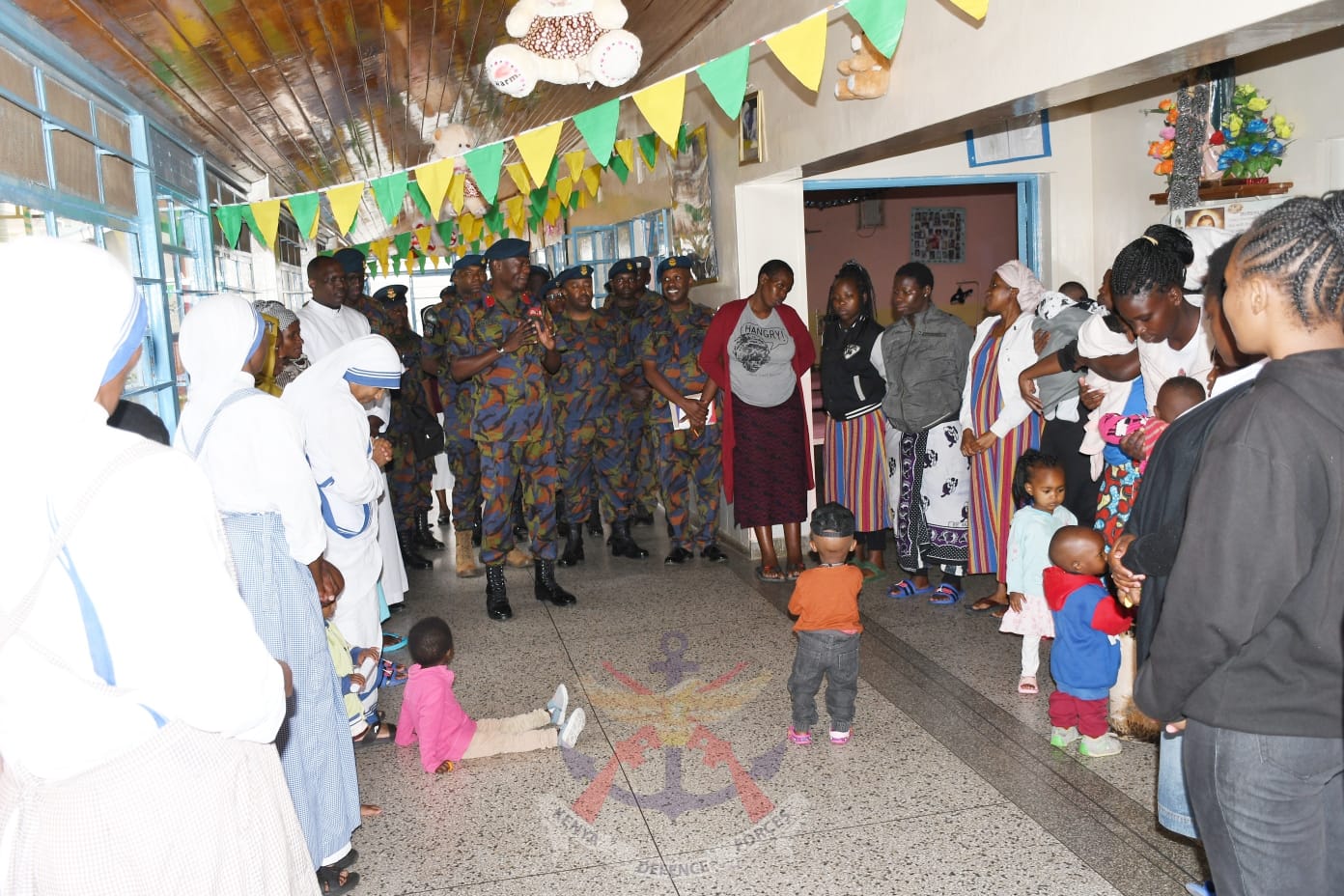