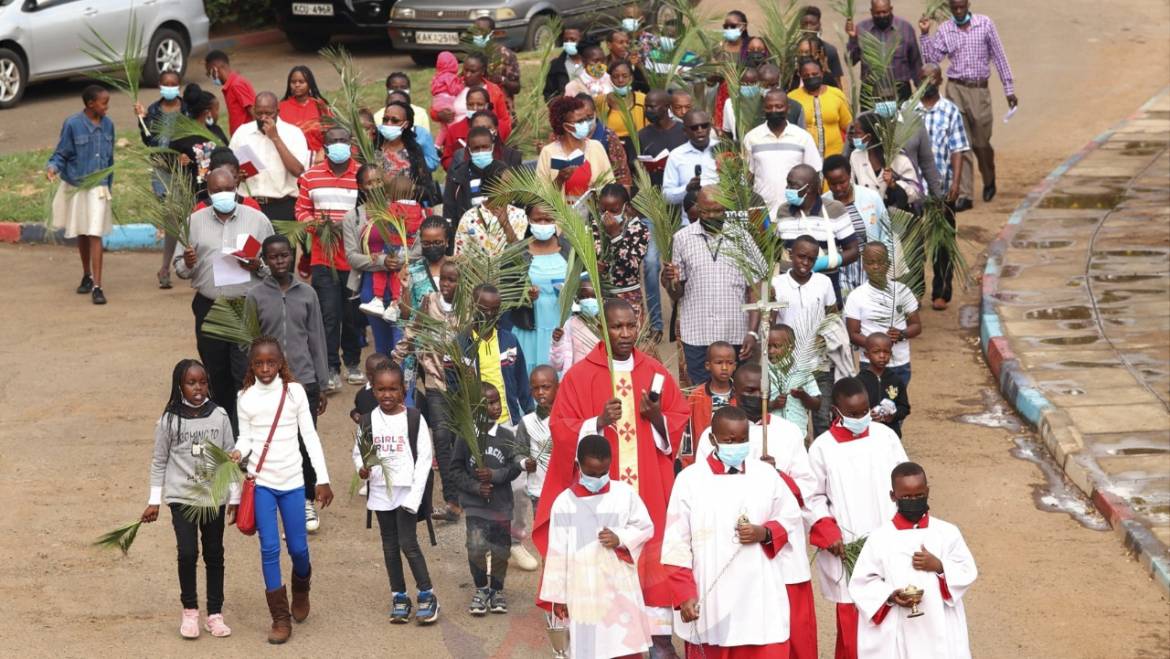 Major (Fr) John Njue presided over the Palm Sunday Mass and led a procession of believers  carrying branches of palms along the Defence Headquarters streets as a symbol of victory, peace and eternal life.

Major (Fr) Njue encouraged the congregants to pray fervently especially in the face of difficulties.

He further urged the faithfuls to humble themselves before God in prayer and have a heart of thanksgiving, beseeching the Lord to preserve and protect His people.

This Sunday marks the beginning of the Holy Week, historically, the most sacred time of year for Christians. 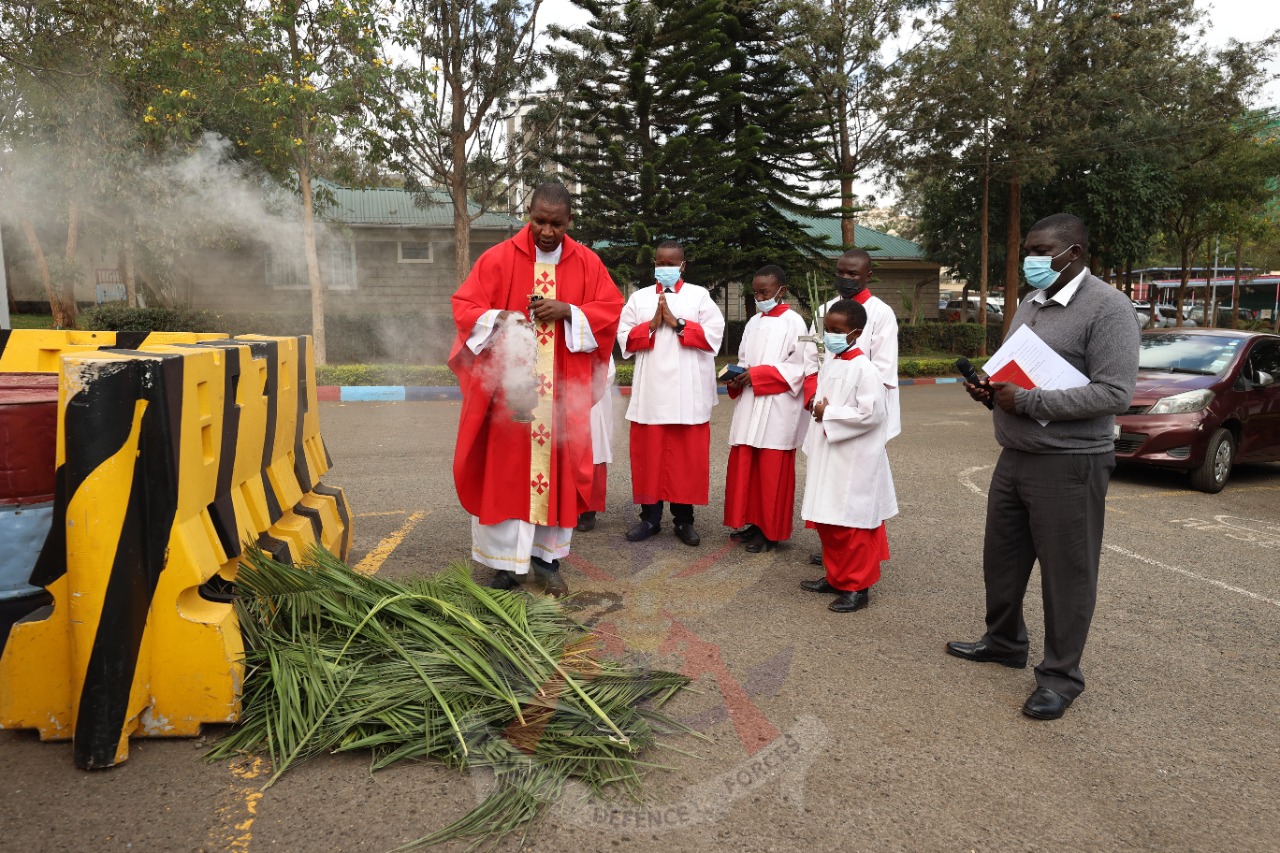 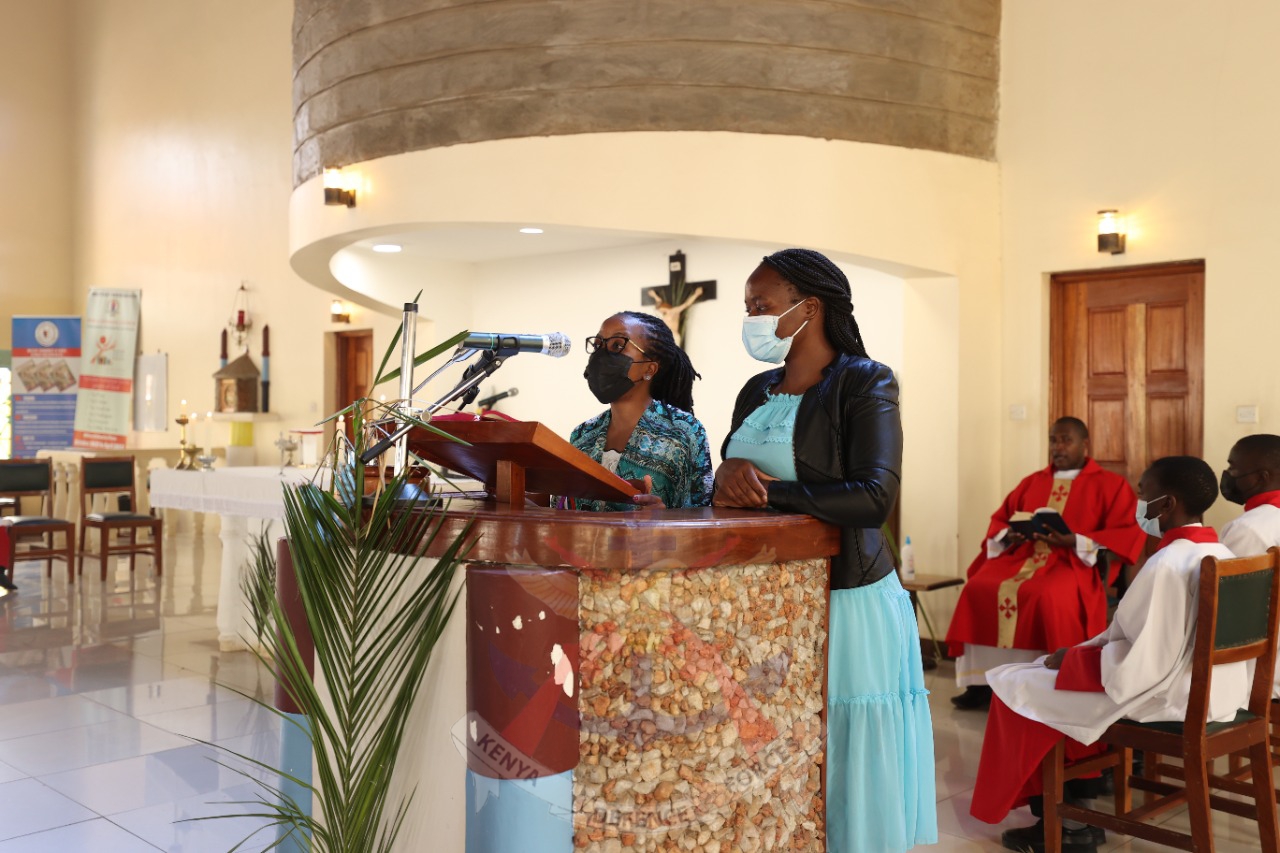 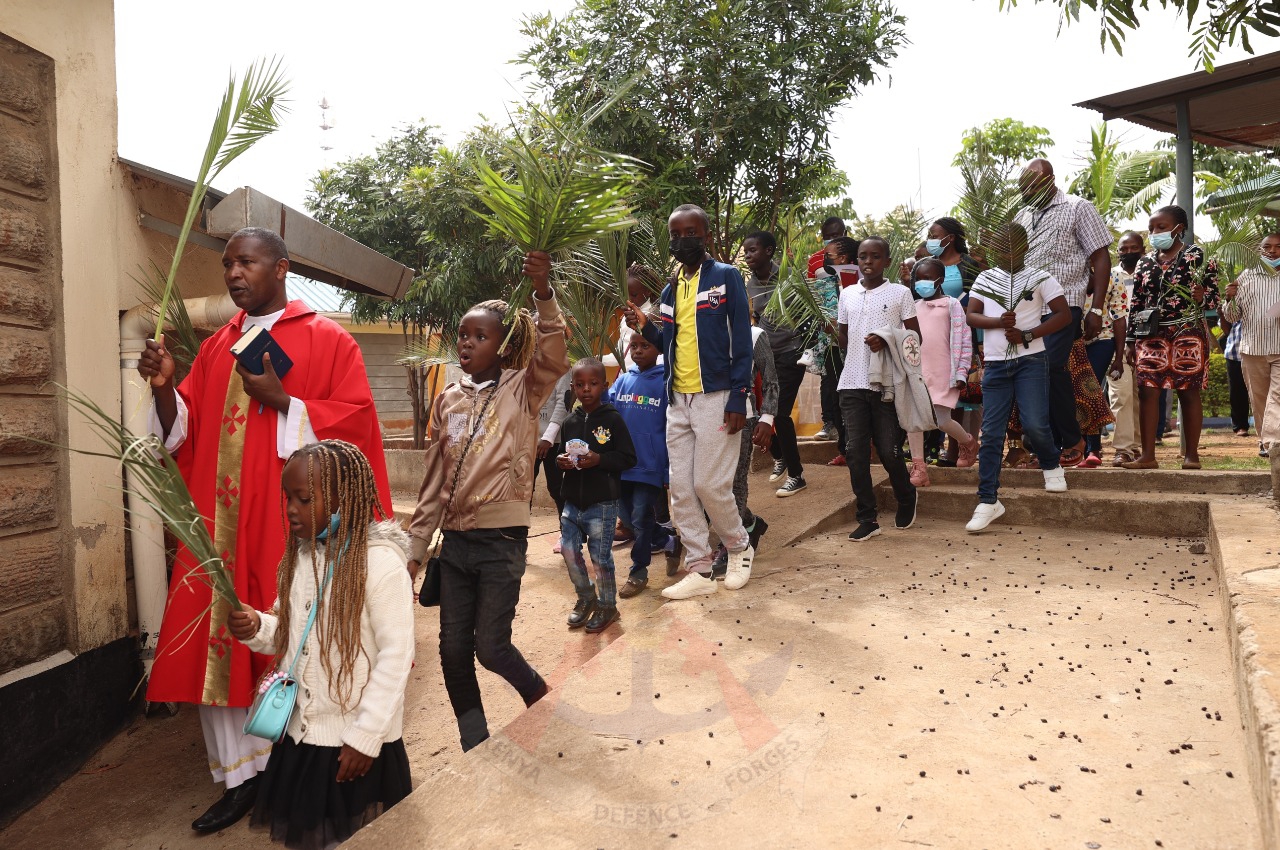 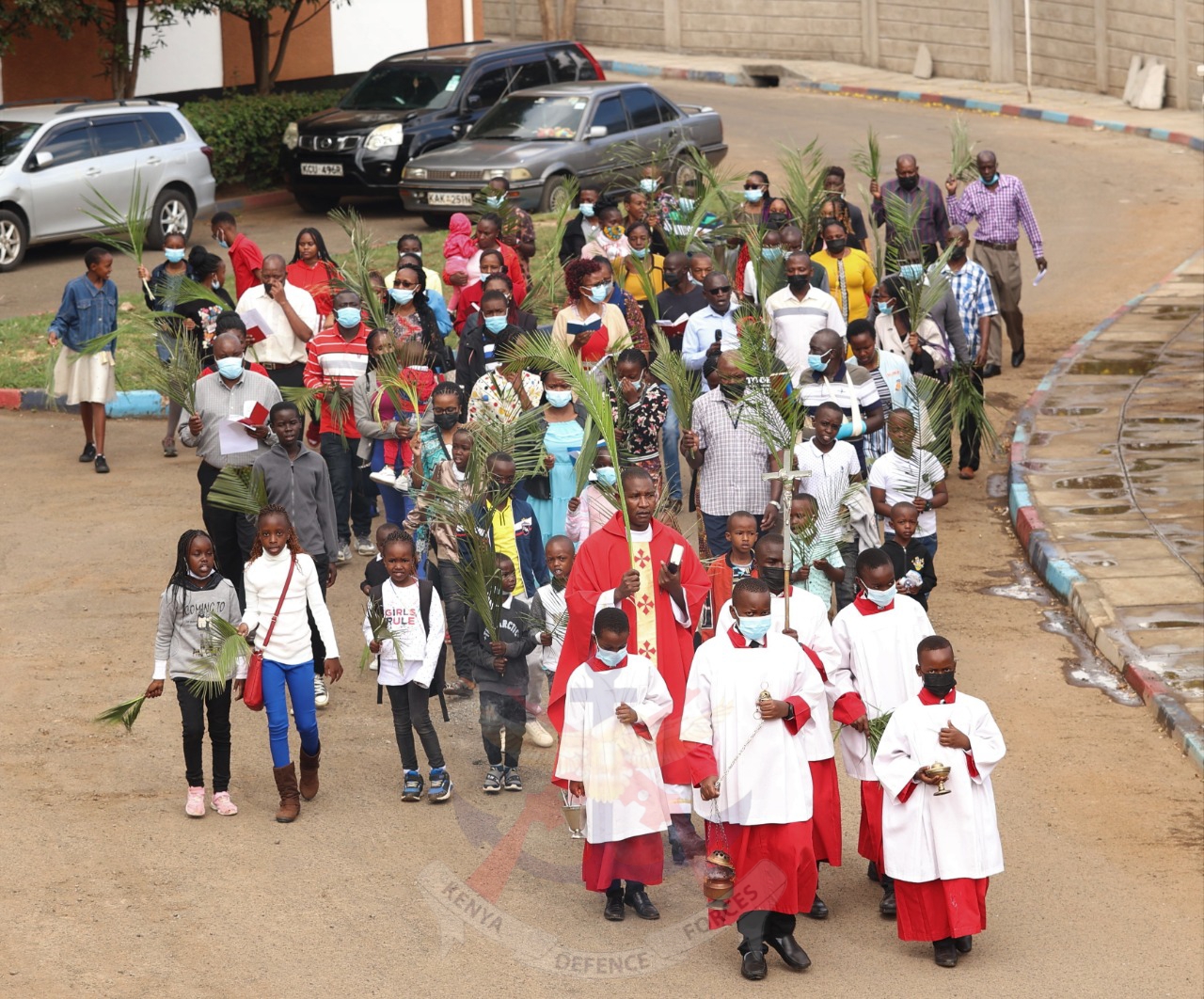 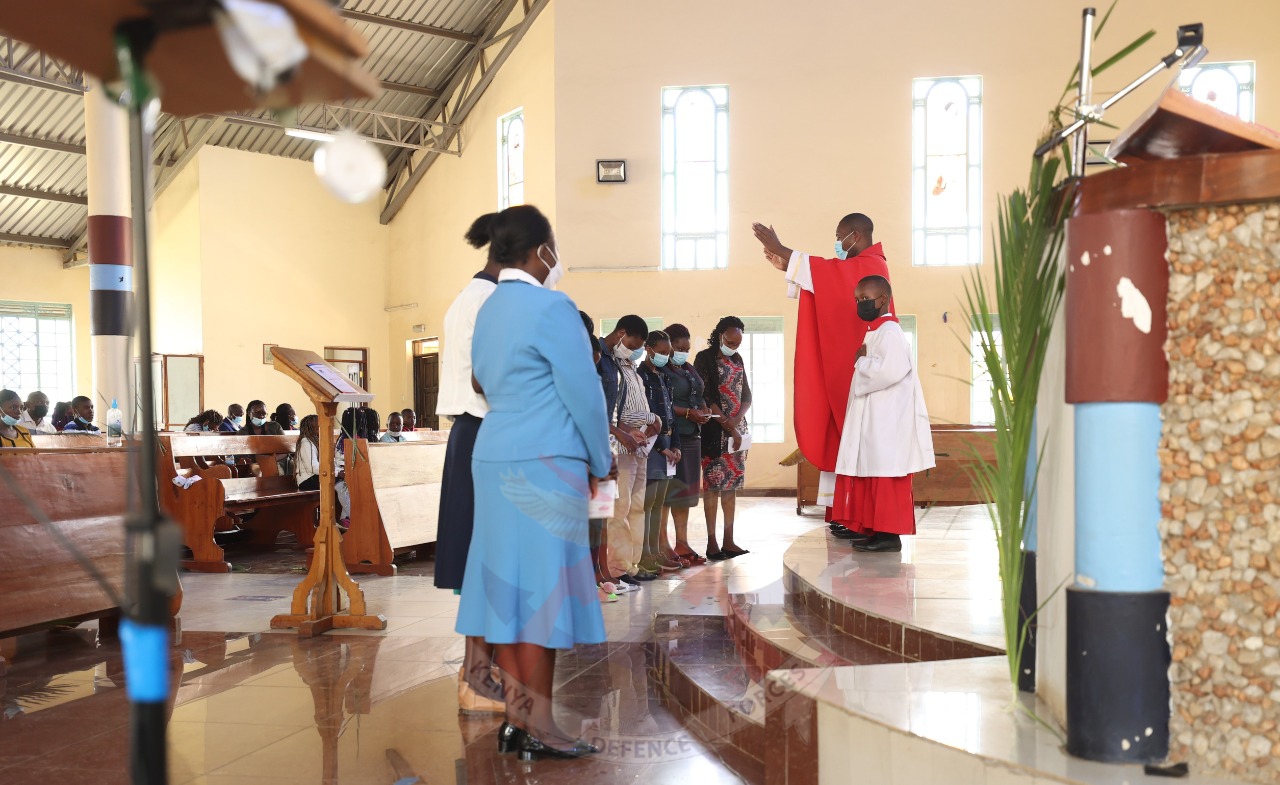 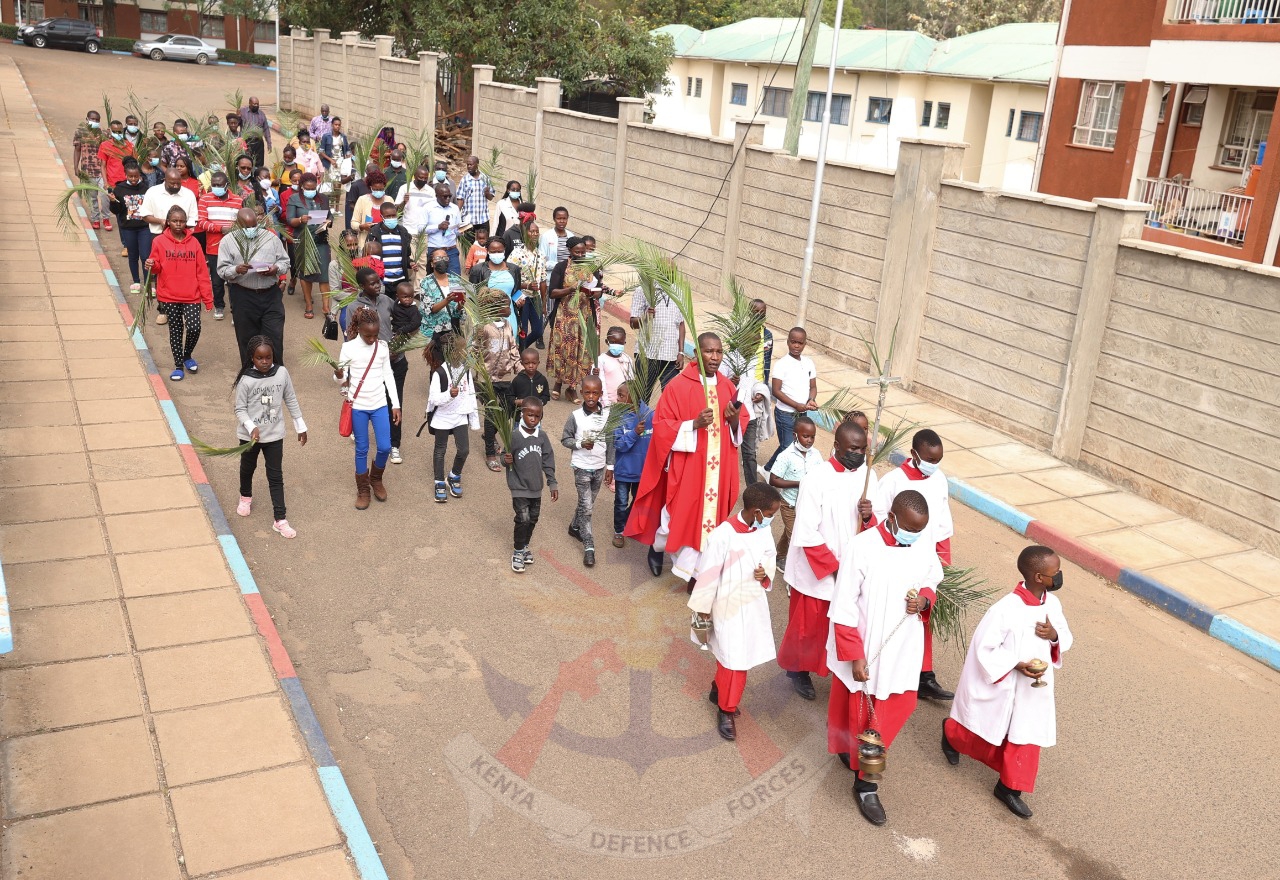 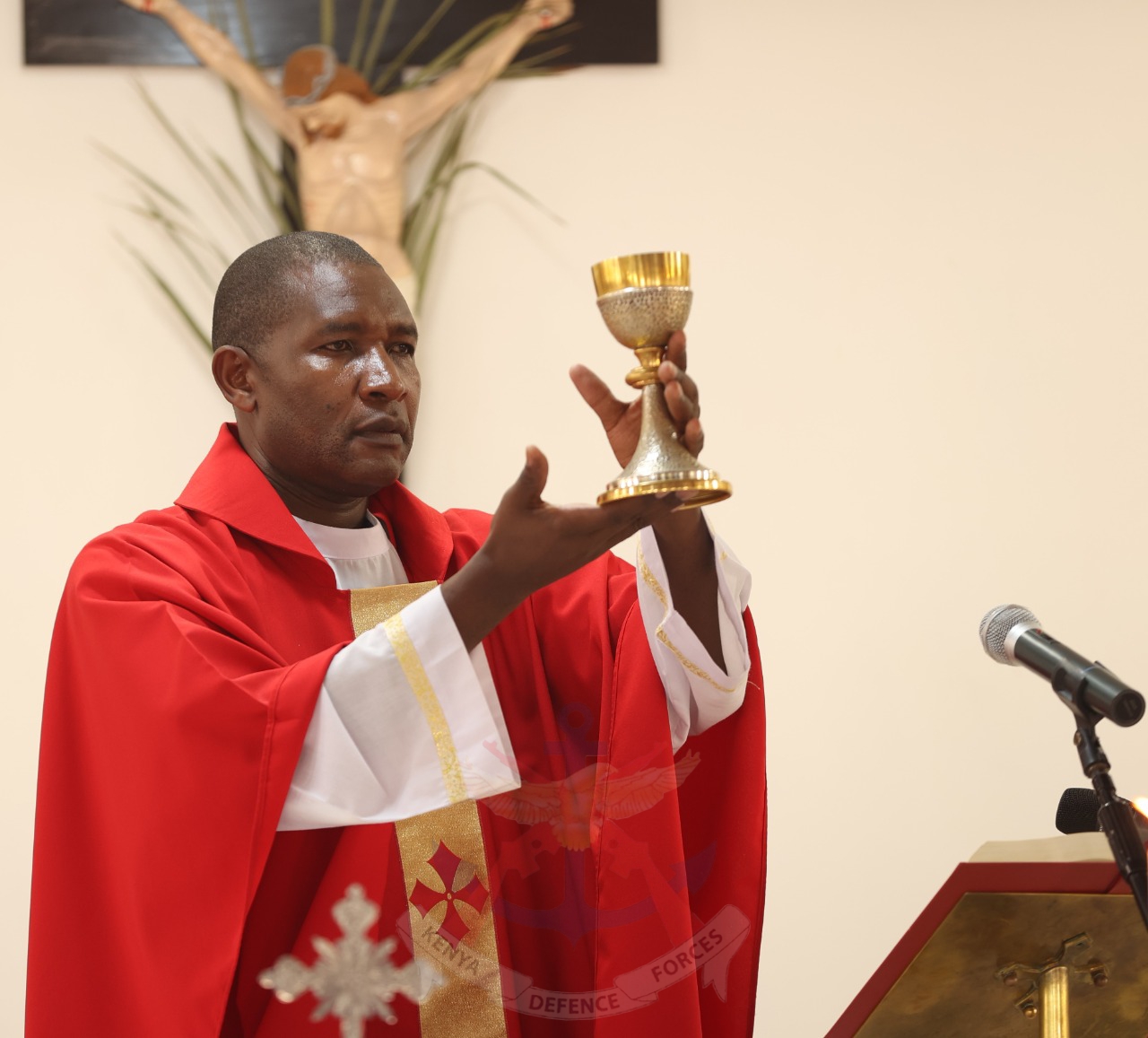 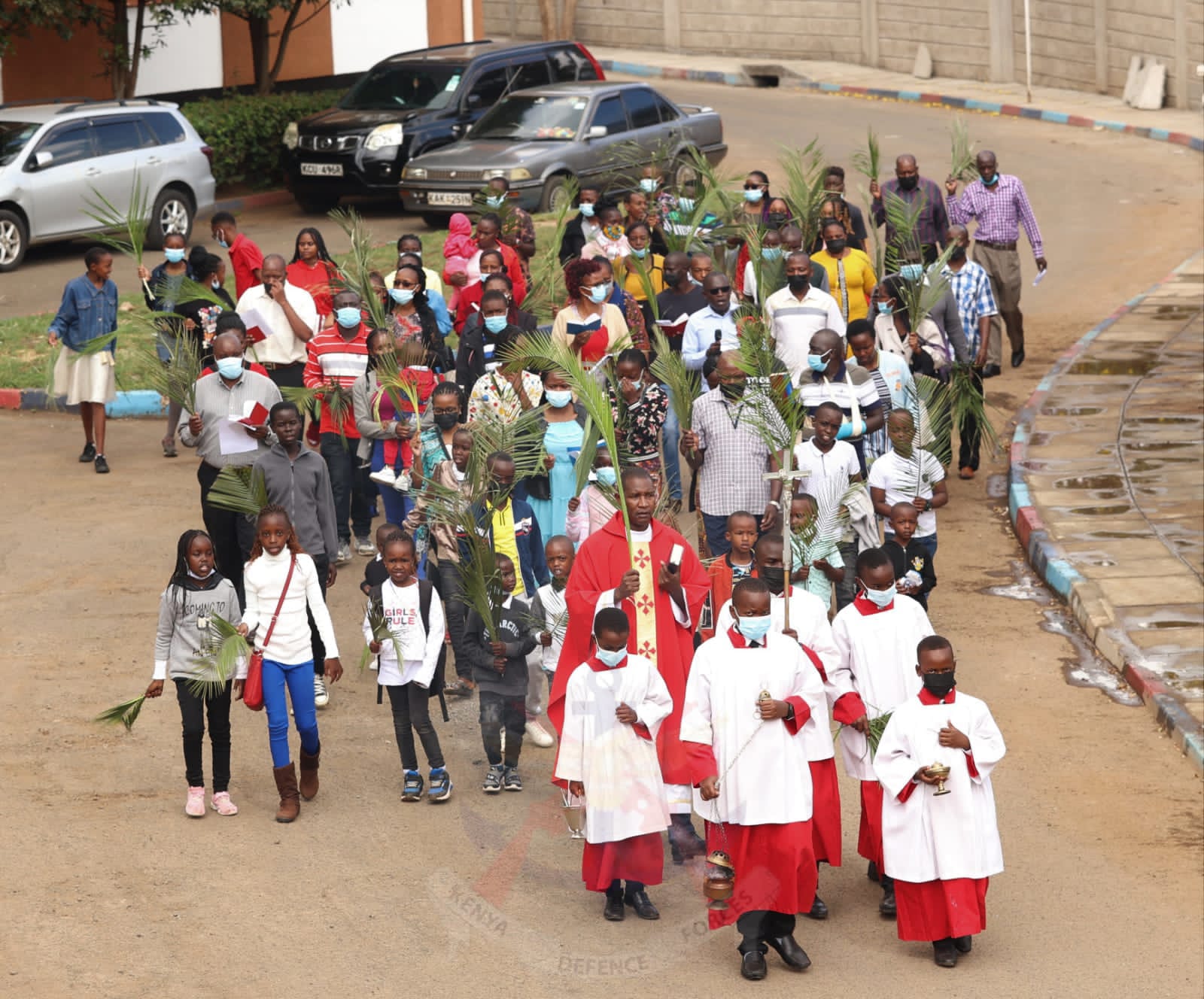 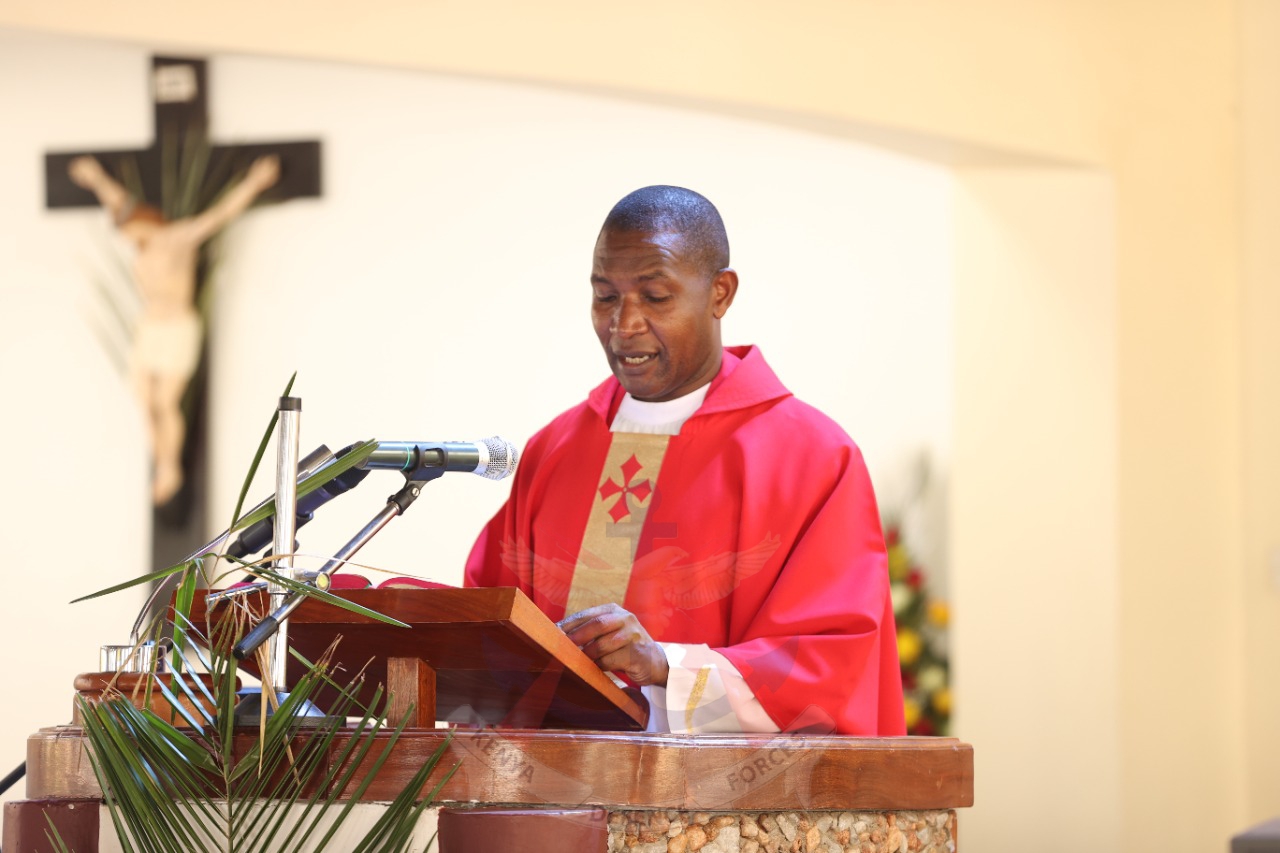