Kenya Defence Forces (KDF) has introduced a segment in its Strategic Communications to help Kenyans understand KDF better. The weekly segment will discuss different facets of the military. The first segment covers the military rank structure.

The KDF rank system is a hierarchical relationship that provides a system of leadership that indicates a soldier’s level of expertise, responsibility and authority. Each level of leadership has a significant role in the total KDF mission.

KDF ranks have adopted a distinct two-tier system of Officers and Service Members. Officers are at the top of the hierarchy and are granted commission by the Commander-in-Chief, thus referred to as commissioned officers.

In this first segment, we look at the KDF’s Commissioned Officers. The lowest rank among officers is that of a Second Lieutenant (2Lt) attained upon commissioning from the Kenya Military Academy while the highest rank is that of a General, (four-star). At any one given time, KDF has only one four-star General who is Chief of the Defence Forces.
The officers’ ranks are displayed on the shoulder.

The KDF has a meritocracy system where one has to pass promotional examinations, be disciplined and have integrity to be considered for the next rank. Below is the insignia of the Commissioned Officers. Next week, we shall look at the ranking system of the Service Members. 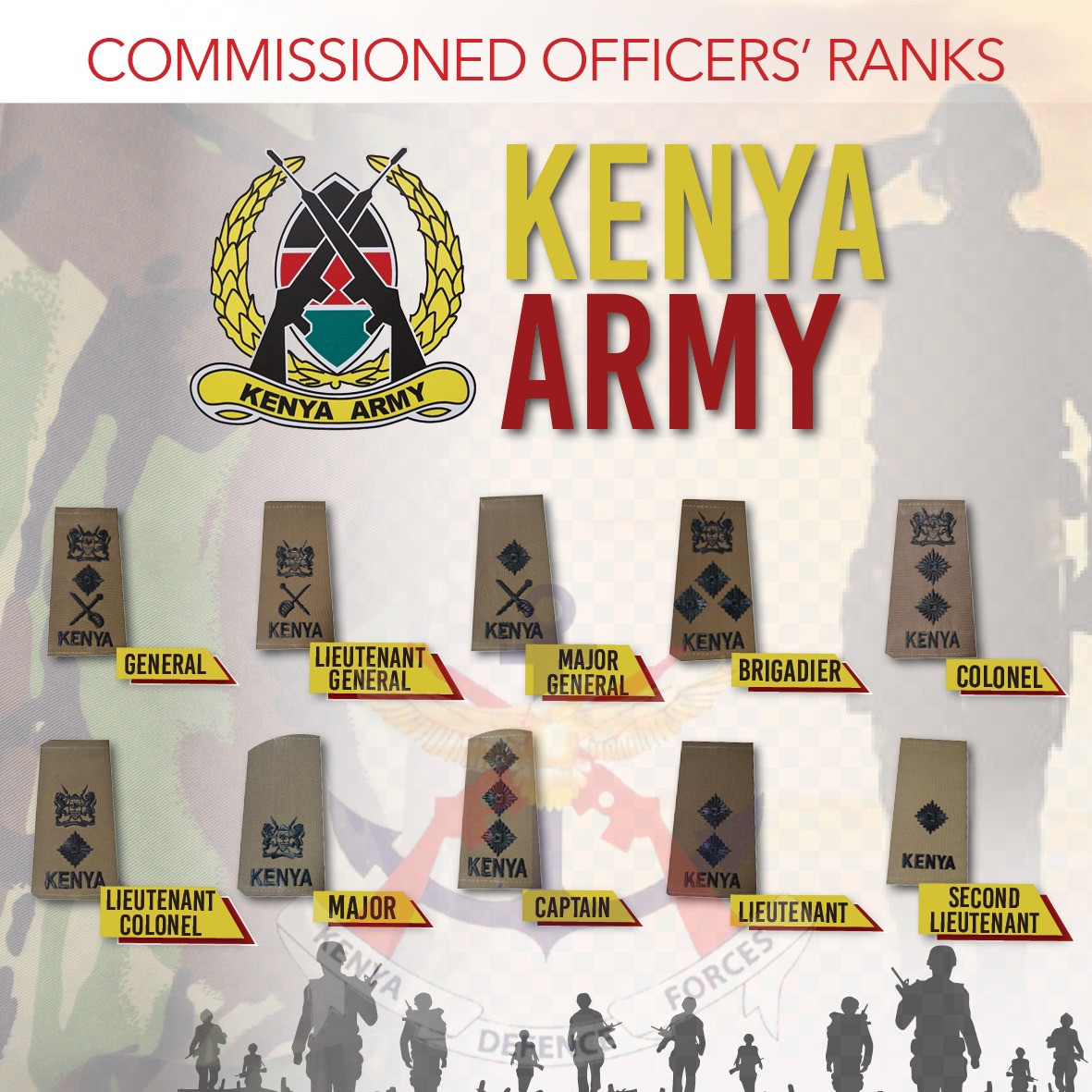 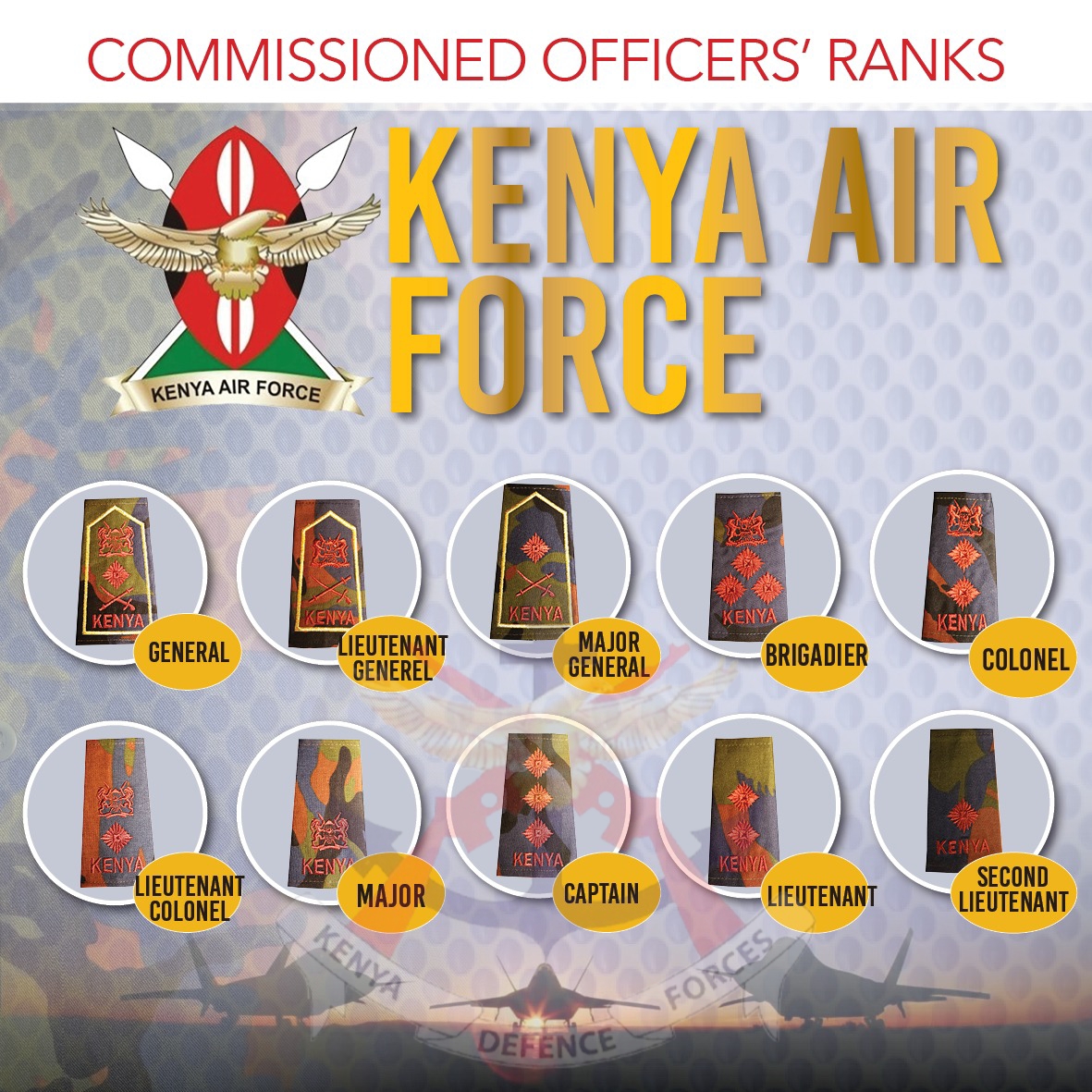 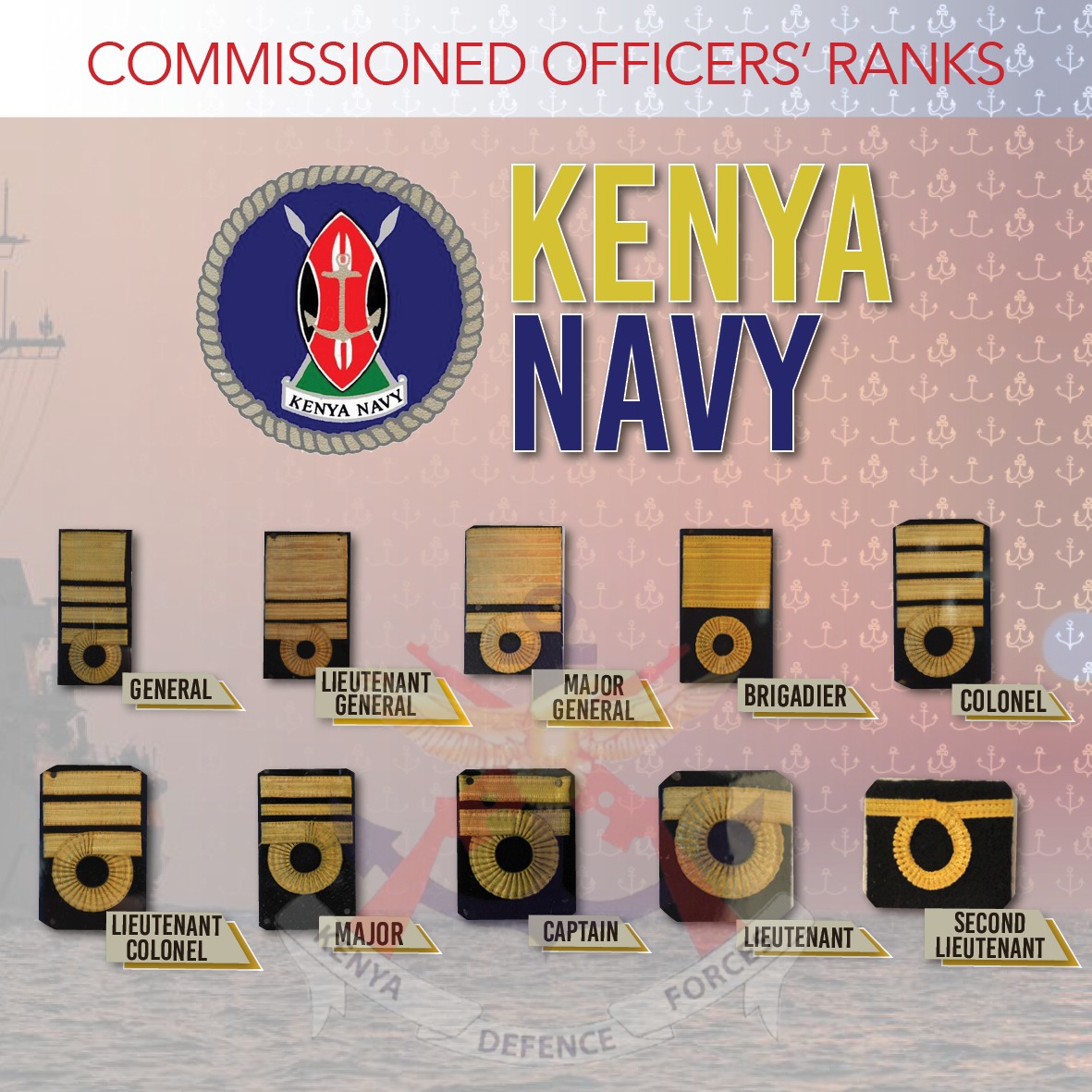 Which other topics would you like us to cover in this series of #Knowyourmilitary?

FOUR DAY STATE VISIT BY PRESIDENT OF THE REPUBLIC OF HUNGARY