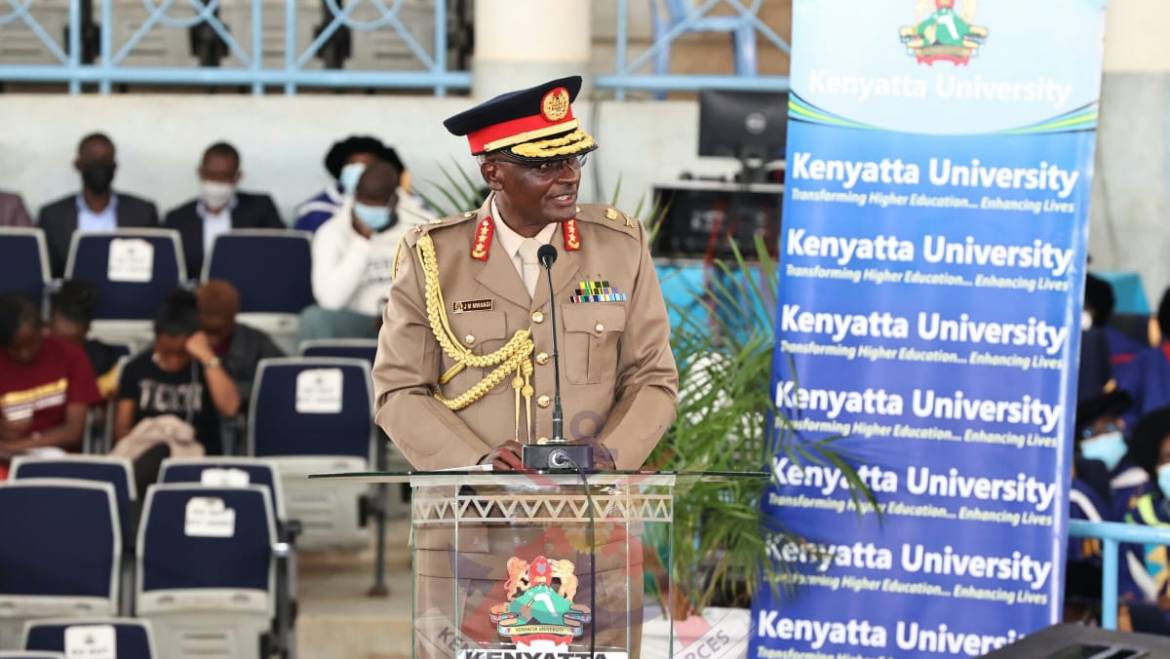 During the ceremony, the students took an oath to abide by the rules and regulations governing the University making them bona fide students. They were further taken through an orientation session to familiarize themselves with the institution and the learning facilities they shall be entitled to use among them the library.

In his speech, Lieutenant General Mwangi thanked the leadership of KU for the cooperation in skills transfer over the decade, noting that this is the last matriculation exercise to be held at the institution as subsequent Cadets shall be enrolled at NDU-K.

He, however, emphasized that the two institutions shall continue to collaborate and partner in pursuit of academic excellence, adding that NDU-K is keen to adapt the best practices to ensure that it meets the stakeholders’ expectations.

“We look forward to enhanced collaboration between our two institutions to deepen mentorship and broaden capacity-building initiatives. On this premise, I must reiterate that we are privileged to have the opportunity to stand on the shoulders of a giant, Kenyatta University, an institution with decades of experience and tangible academic accomplishments as well as community transformation,” said the VC NDU-K.

He lauded the cadets for their successful completion of the first phase of their training and implored them to stay focused on their aspiration of serving humanity as military leaders.

His sentiments were echoed by Professor Wainaina who reminded the matriculates of the need to remain focused as KU students and at the same time KMA cadets since they are being trained in readiness to undertake national duty whenever called upon.

The matriculating class joins a growing list of cadet students who have graduated since the institution signed a working agreement with the Kenya Defence Forces (KDF) in 2010. 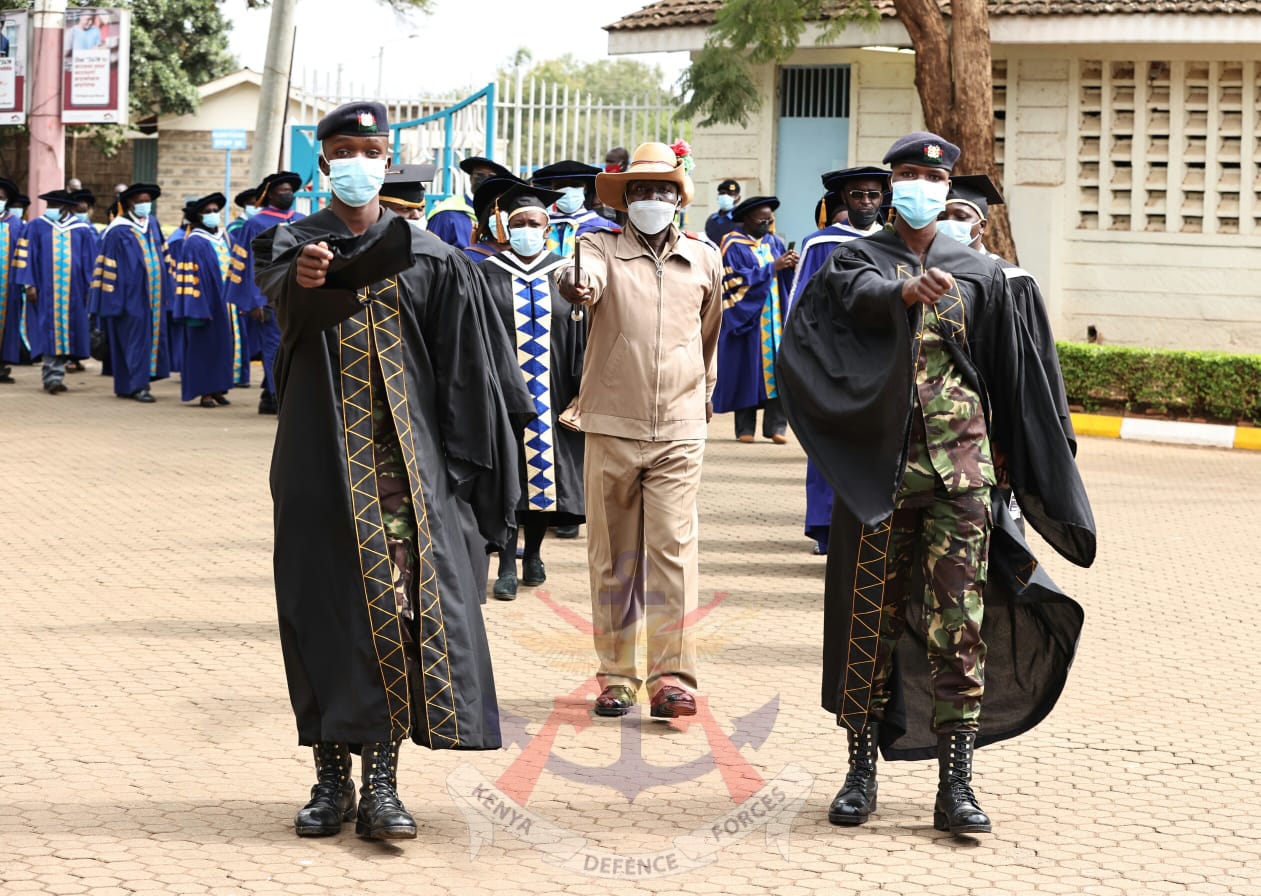 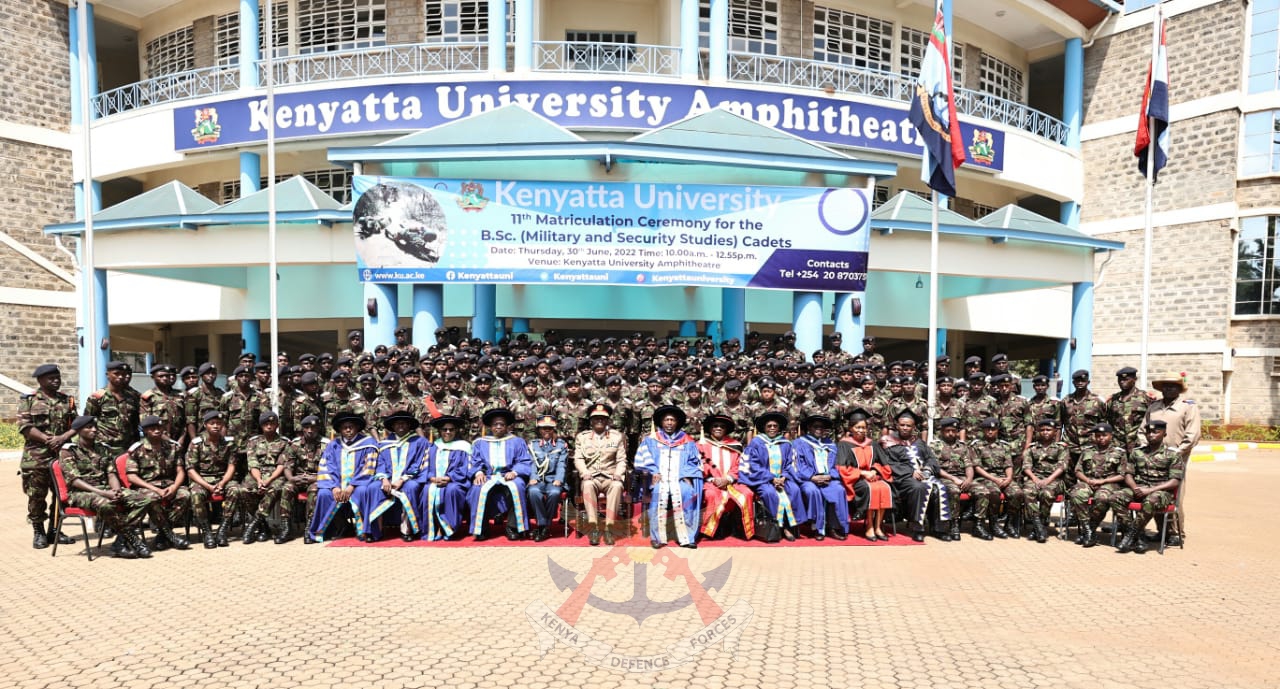 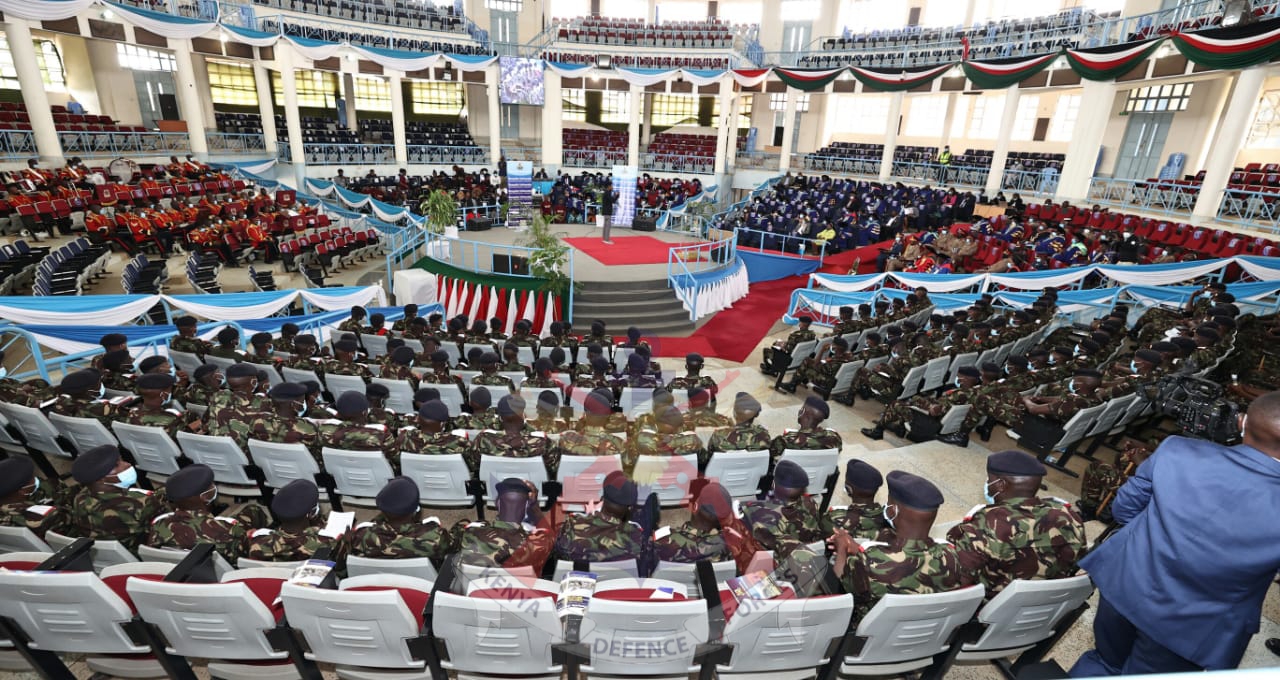 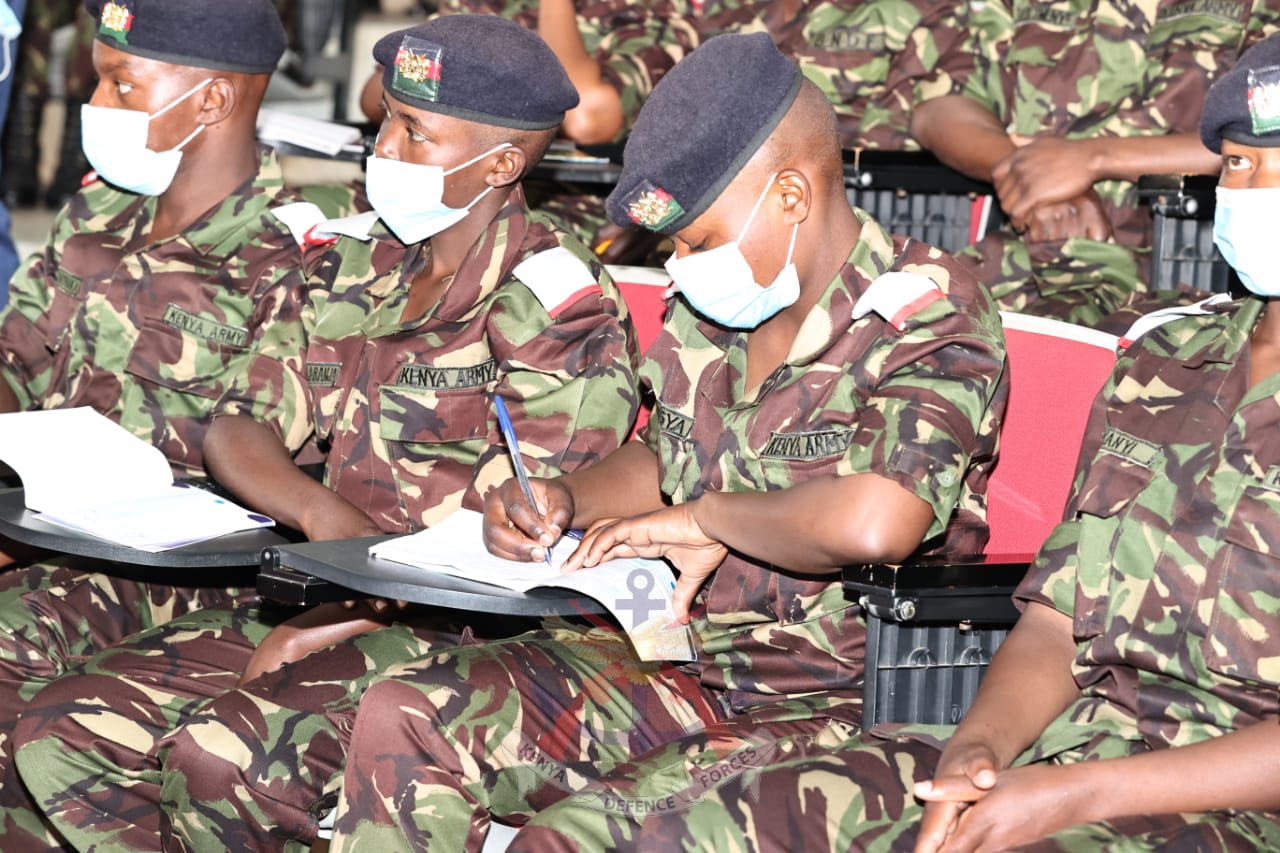 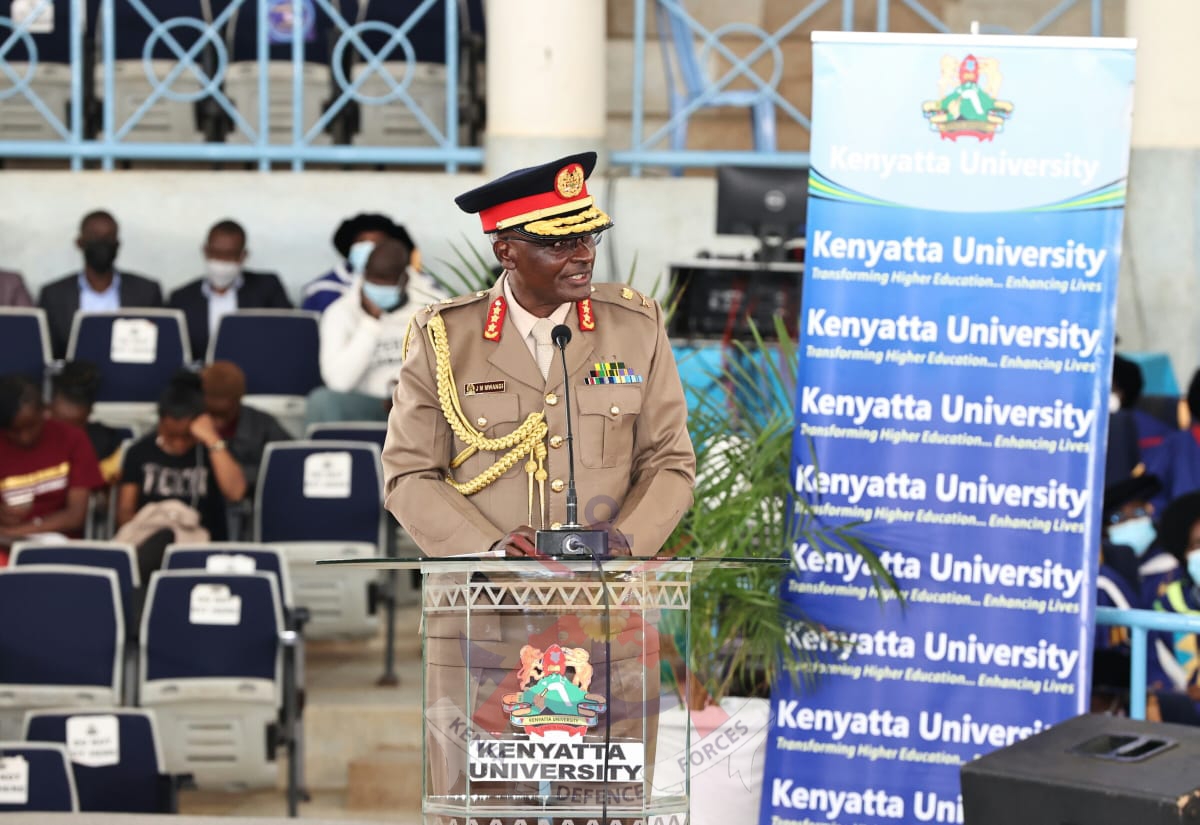 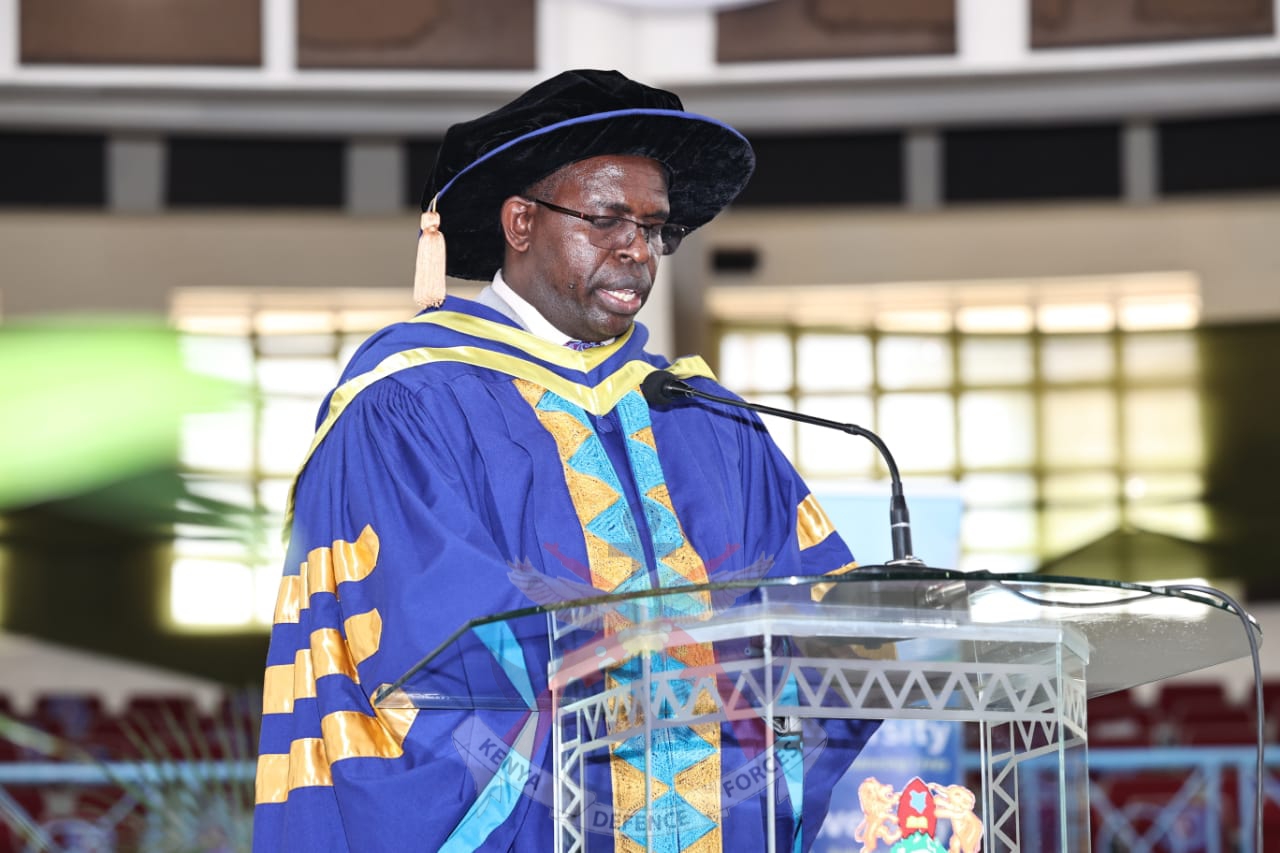 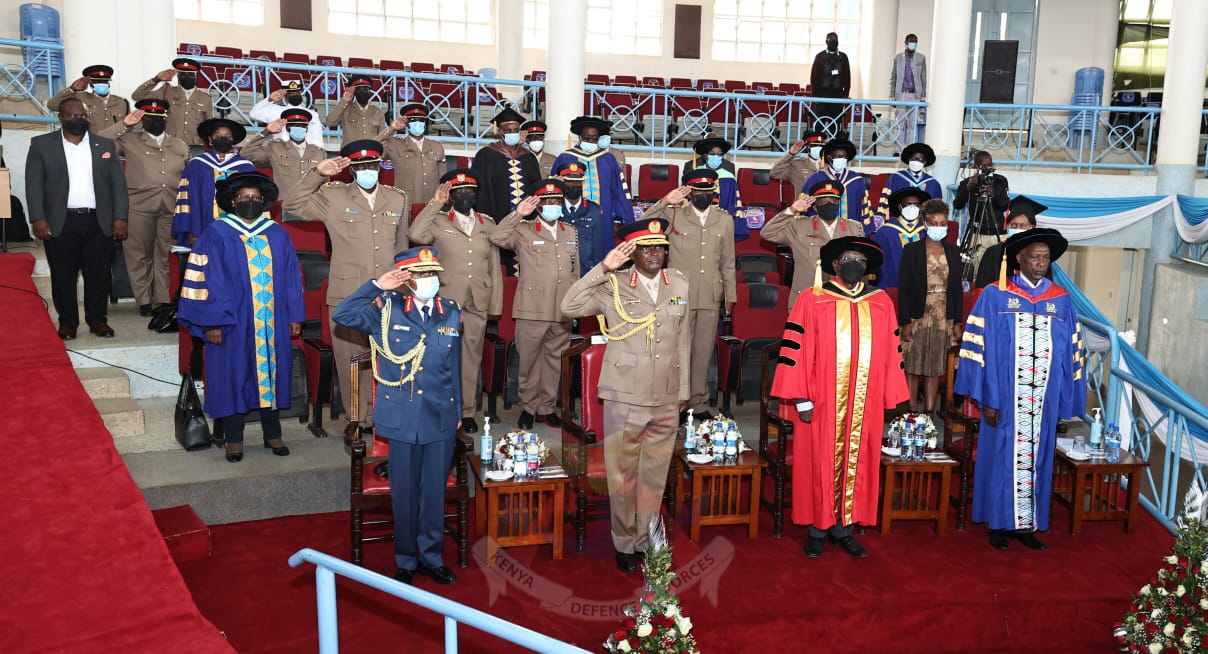