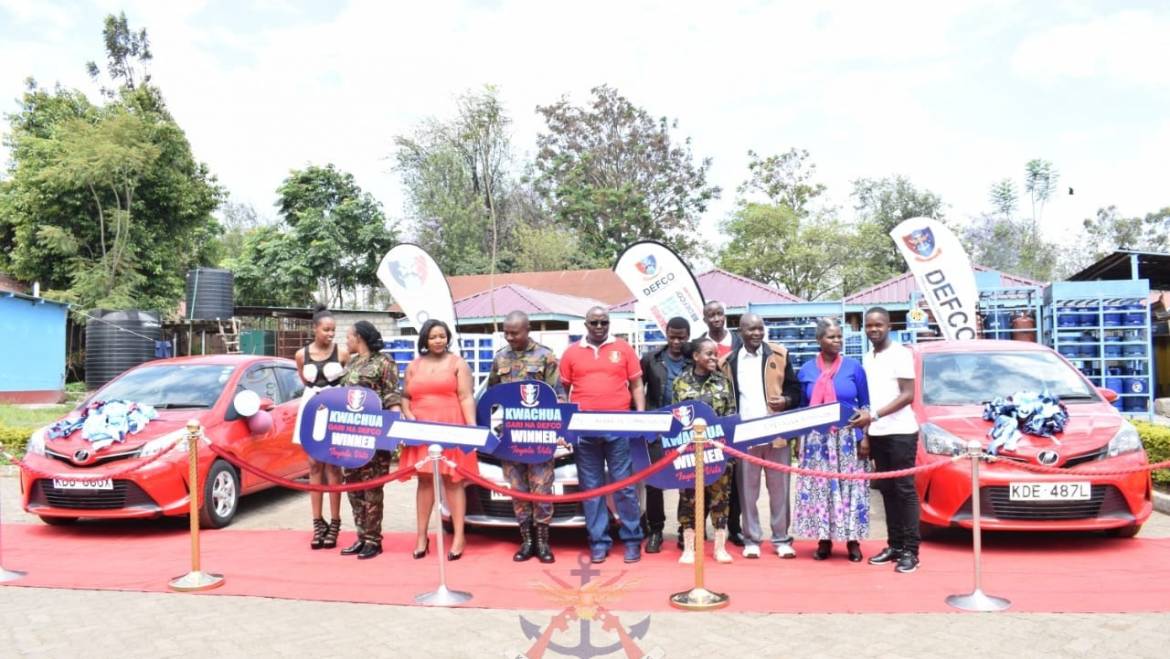 The promotion ran from 11th April 2022 to 31st August 2022. To qualify for the raffle one had to buy goods worth 2000 and above and be a Kenya Defence Force (KDF) personel or their families.

The raffle was conducted digitally whereby the entries were updated in a system. 2 mini draws were conducted in May and July and the grand draw was conducted on 26th October 2022 at Defence Headquarters Camp Admin Unit.

During the promotion there was a total of 228,000 entries and the grand prize were 3 toyota Vitz cars which were won by: Sergeant Miriam Munyau, Senior Private Cannan Ojwang and Senior Private Mary Asumo.

The winners encouraged everyone to shop with DEFCO and were grateful to DEFCO for giving them the opportunity to win the prizes.

Brig Nderih thanked the winners for being good customers and encouraged everyone to shop with DEFCO. He also thanked the organisers for the idea and the entire DEFCO team.

Also present during the event were chairman of the organising committee Mr John Adow, committee members, DEFCO team and family members of the winners. 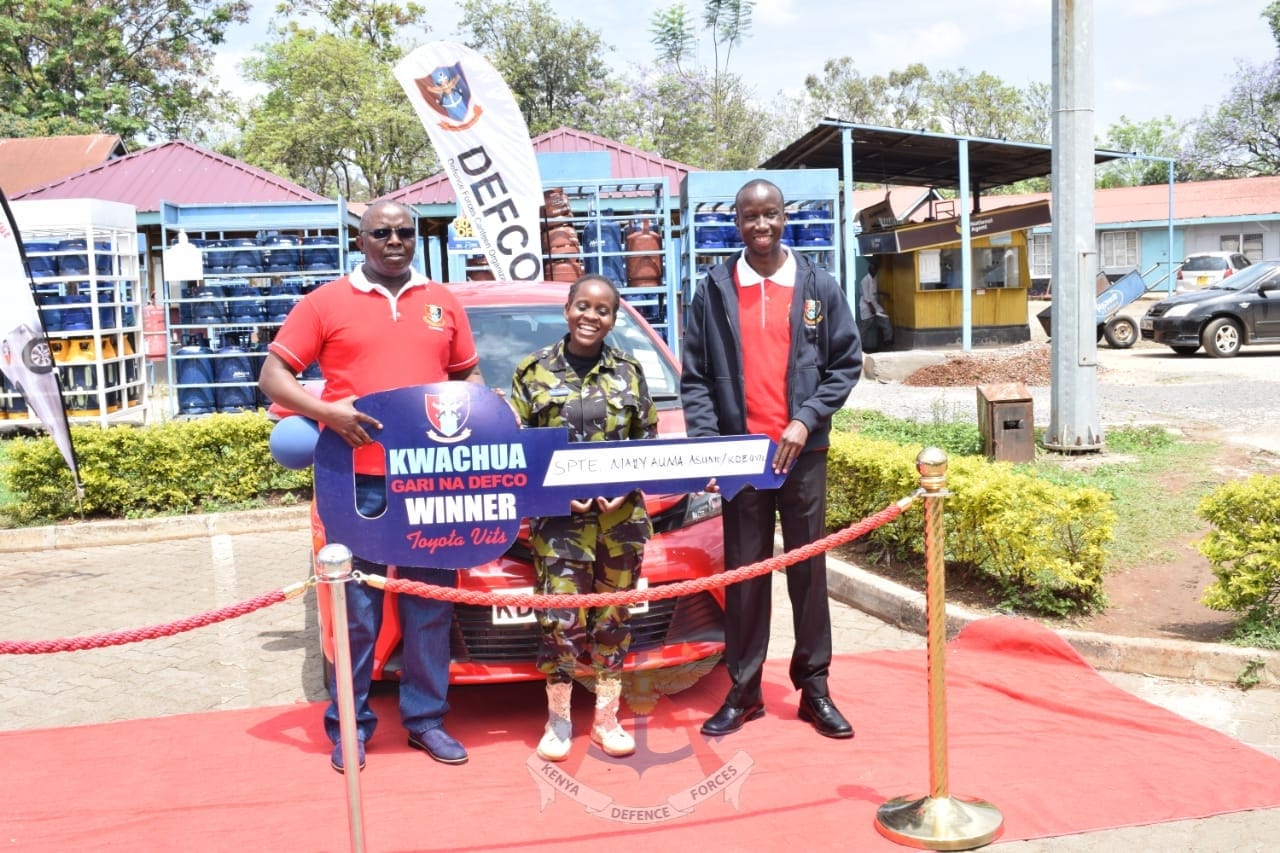 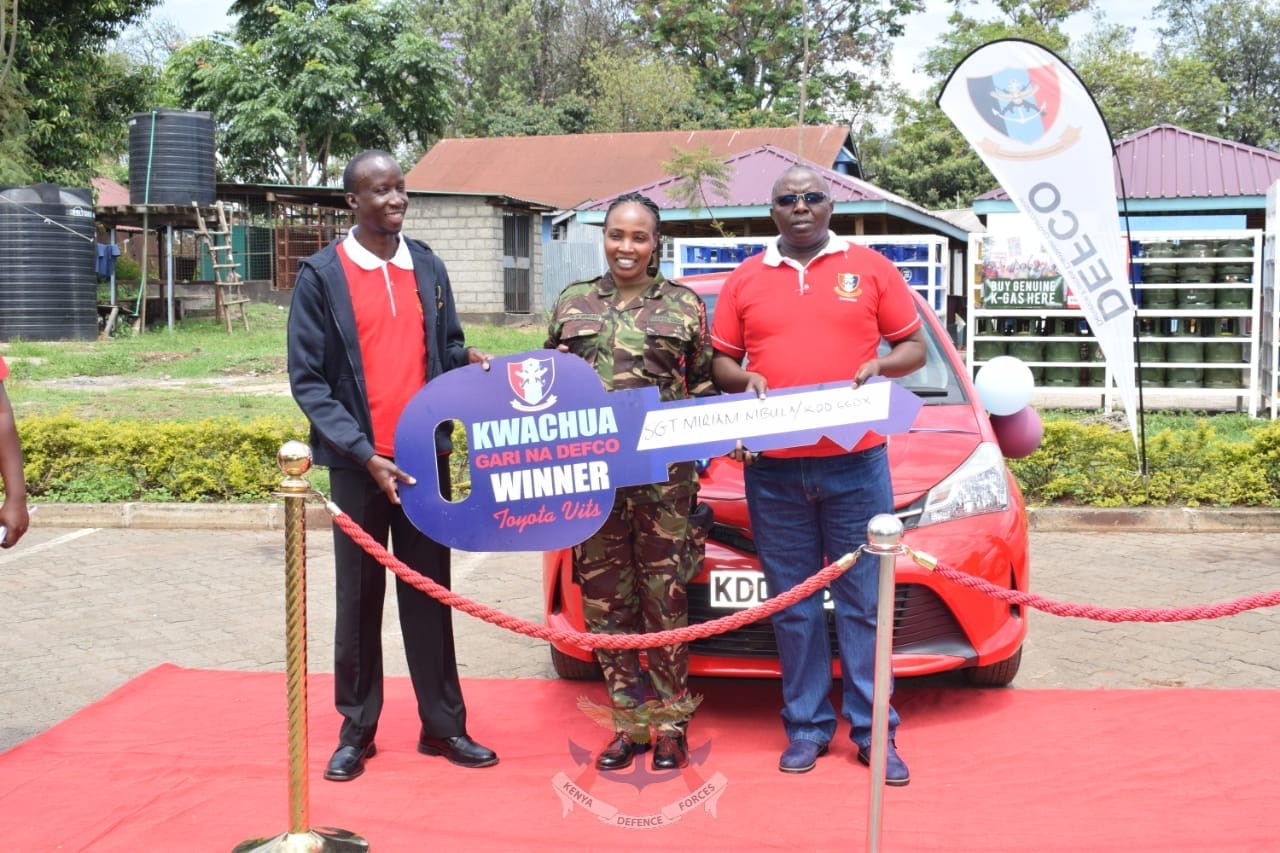 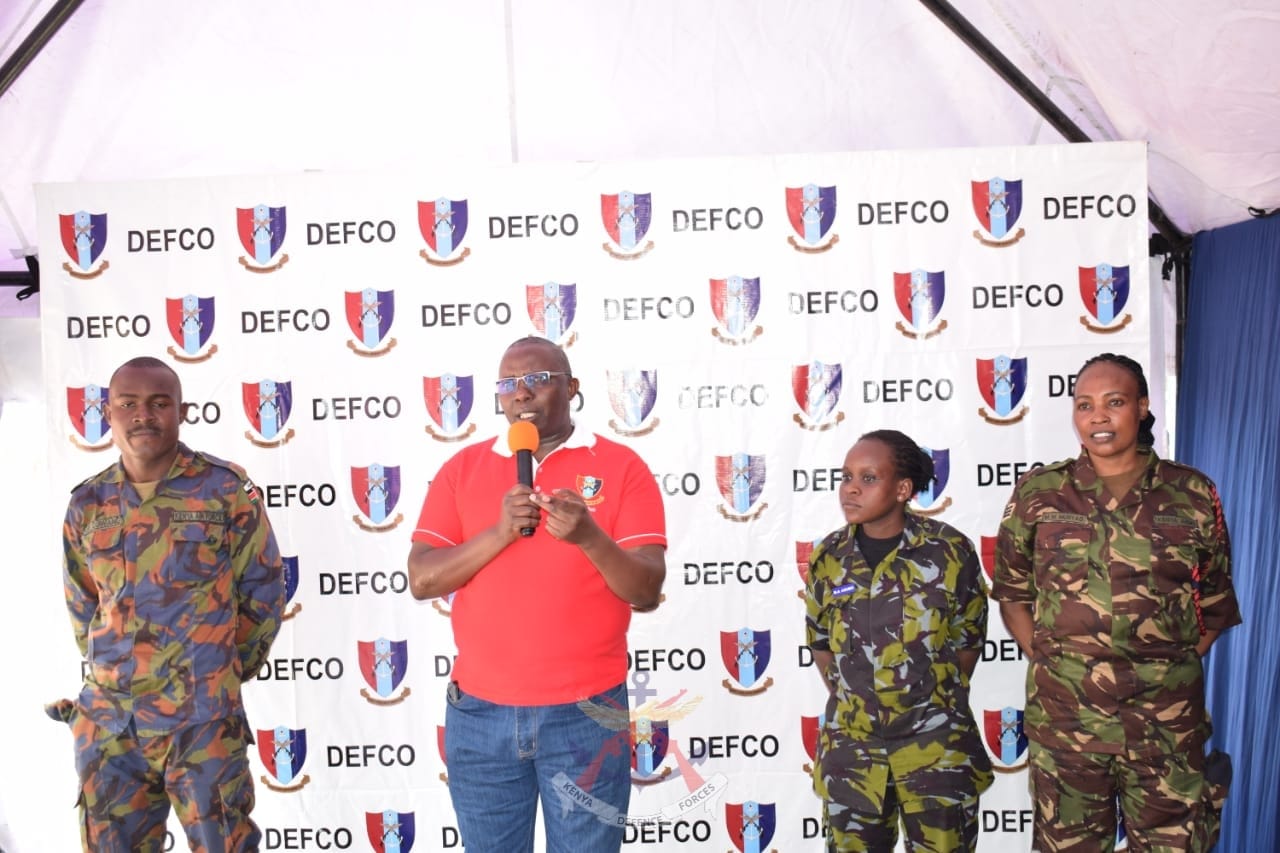 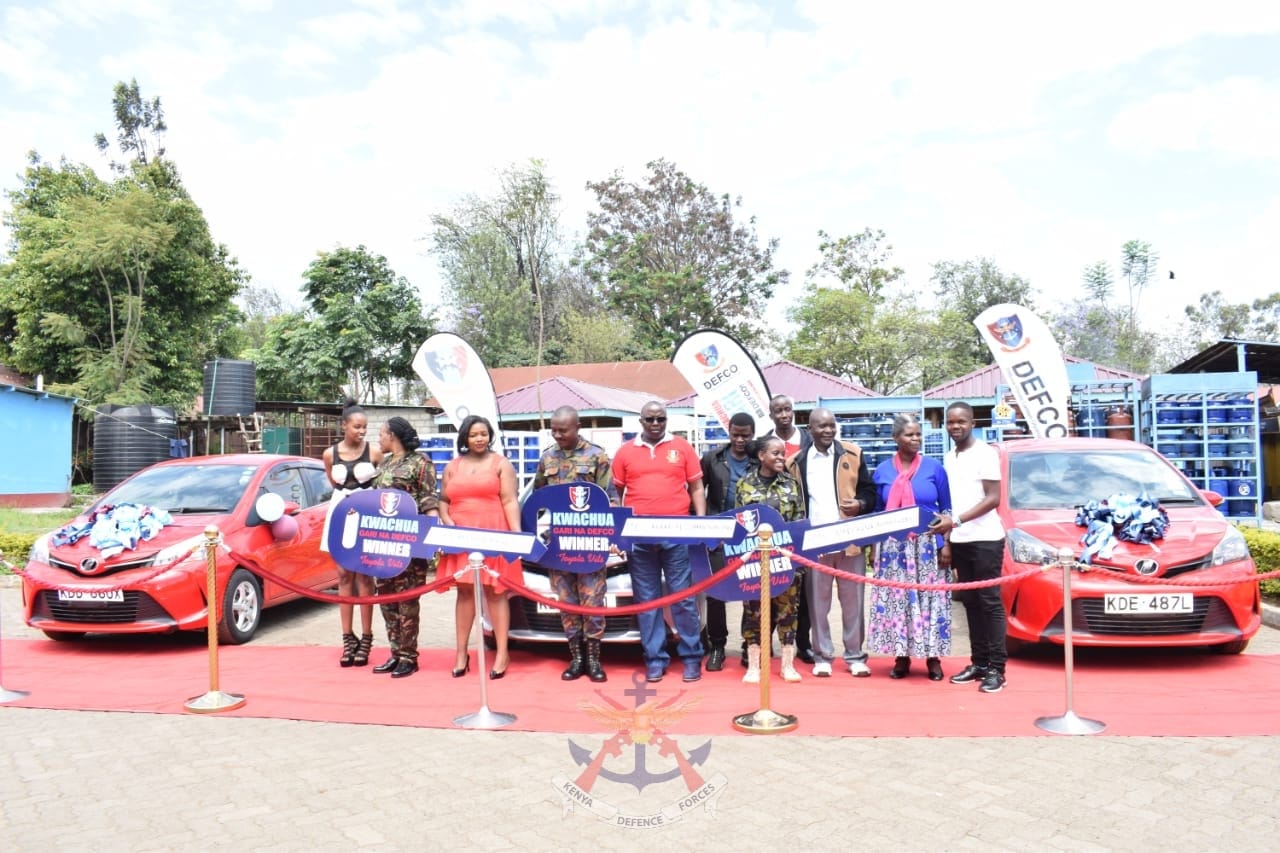 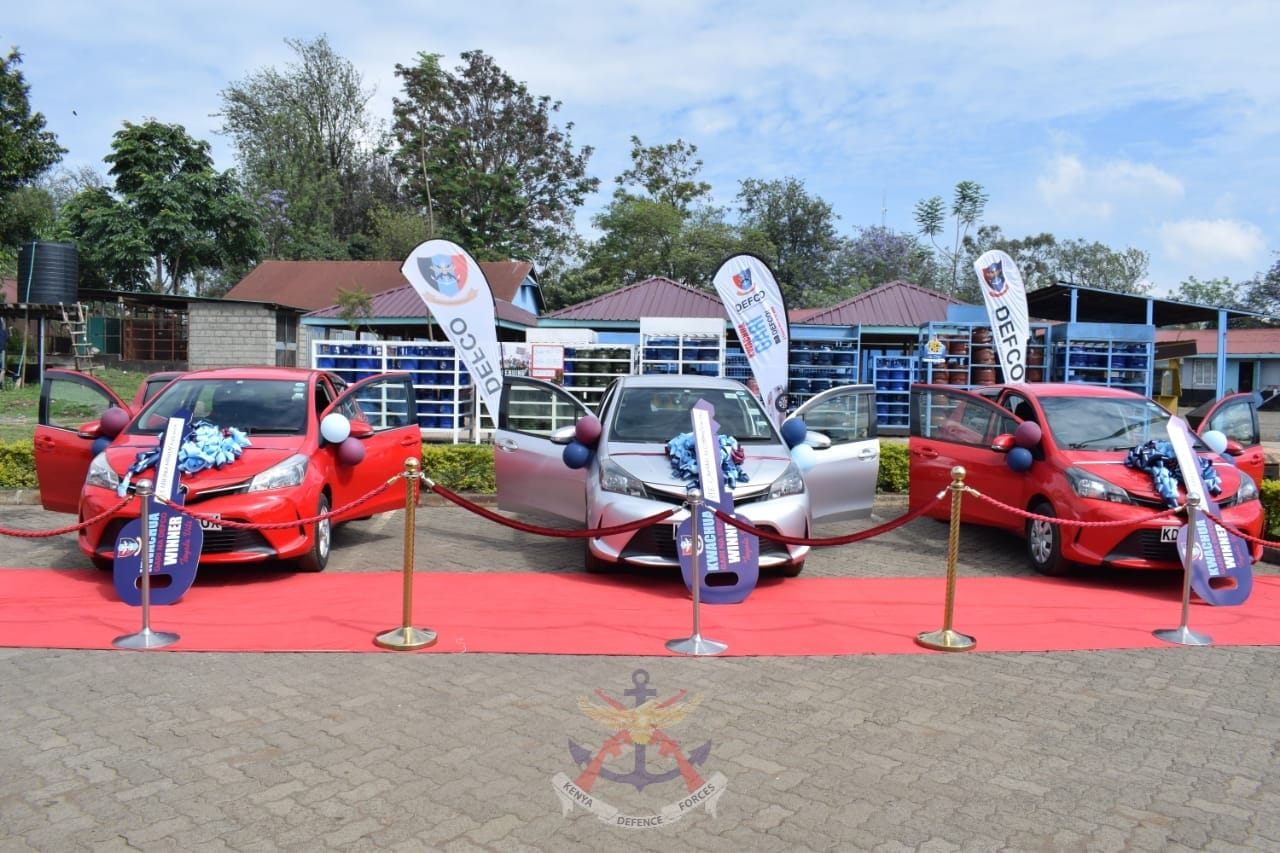 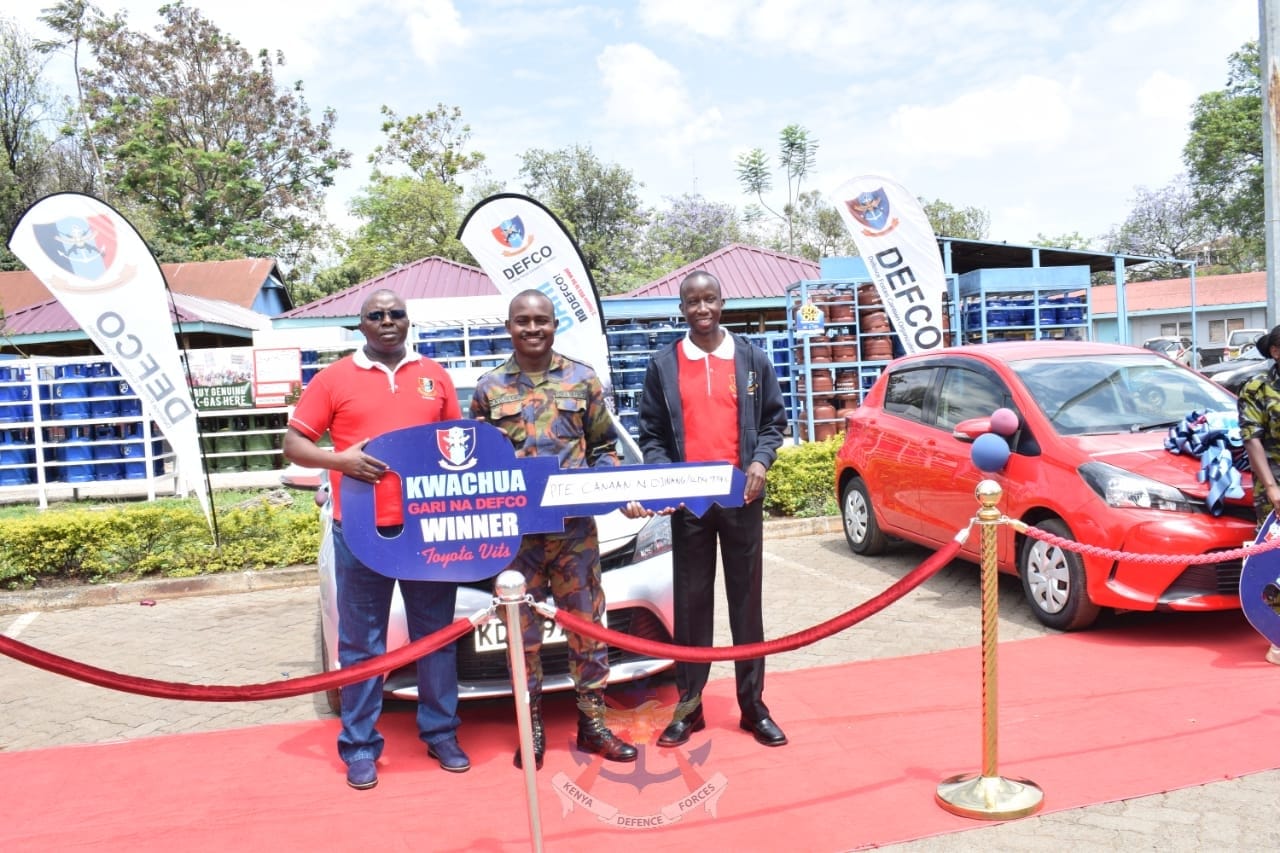