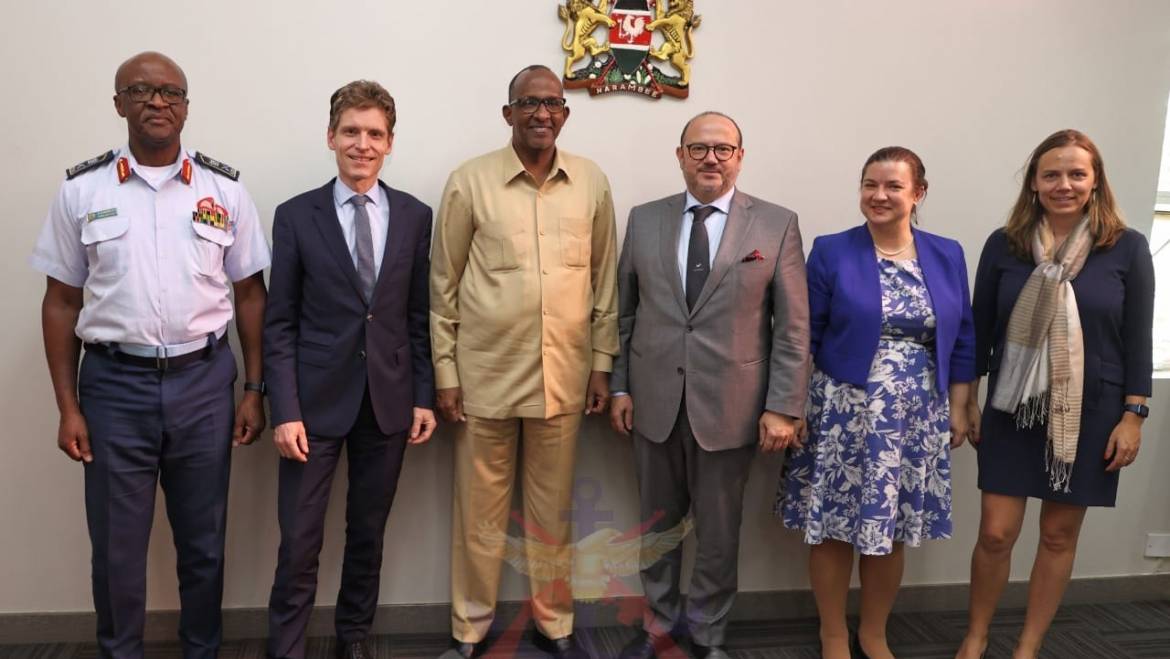 The Cabinet Secretary (CS) for Defence, Hon. Aden Duale today Friday 11 November 2022 hosted the Belgium Special Representative for the Great Lakes Region, His Excellency Ambassador Stephane Doppagne and his delegation who paid the CS a courtesy call at the Defence Headquarters in Nairobi.

The meeting provided an avenue for the two parties to discuss the security situation in the Great Lakes Region and the Eastern part of the Democratic Republic of Congo (DRC).

The CS said Kenya has deployed Kenya Defence Forces troops to DRC as part of the East African Community Regional Forces (EACRF) to achieve peace, security and prosperity of the nation which joined EAC recently.

The CS assured the delegation of Kenya’s commitment to play a leading role in DRC and implored the European Union to support the peace initiative for the stability of the region.

The CS was accompanied by the Vice Chief of Defence Forces (VCDF) Lieutenant General Francis Ogolla and other Senior Officers from the KDF. 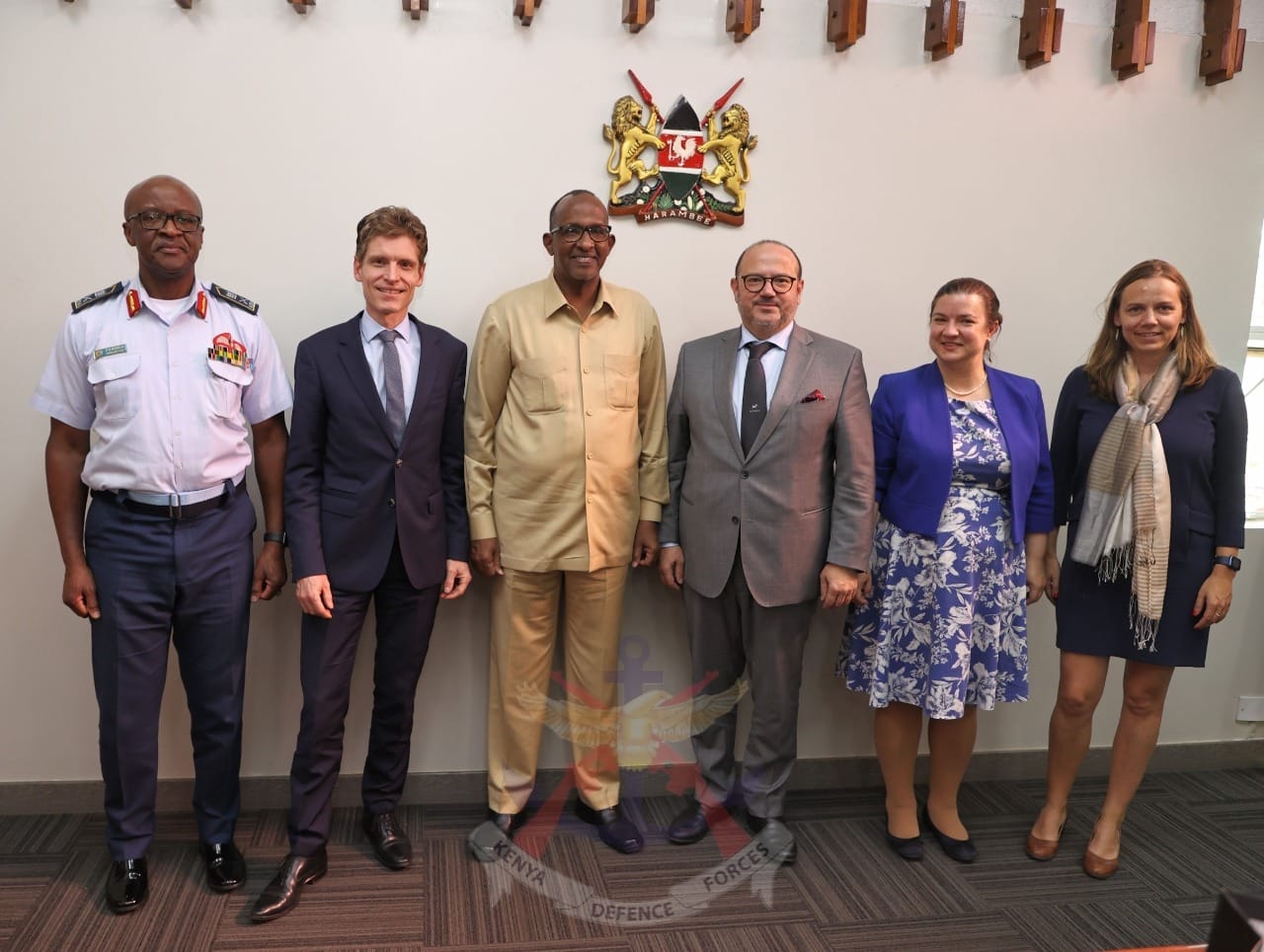 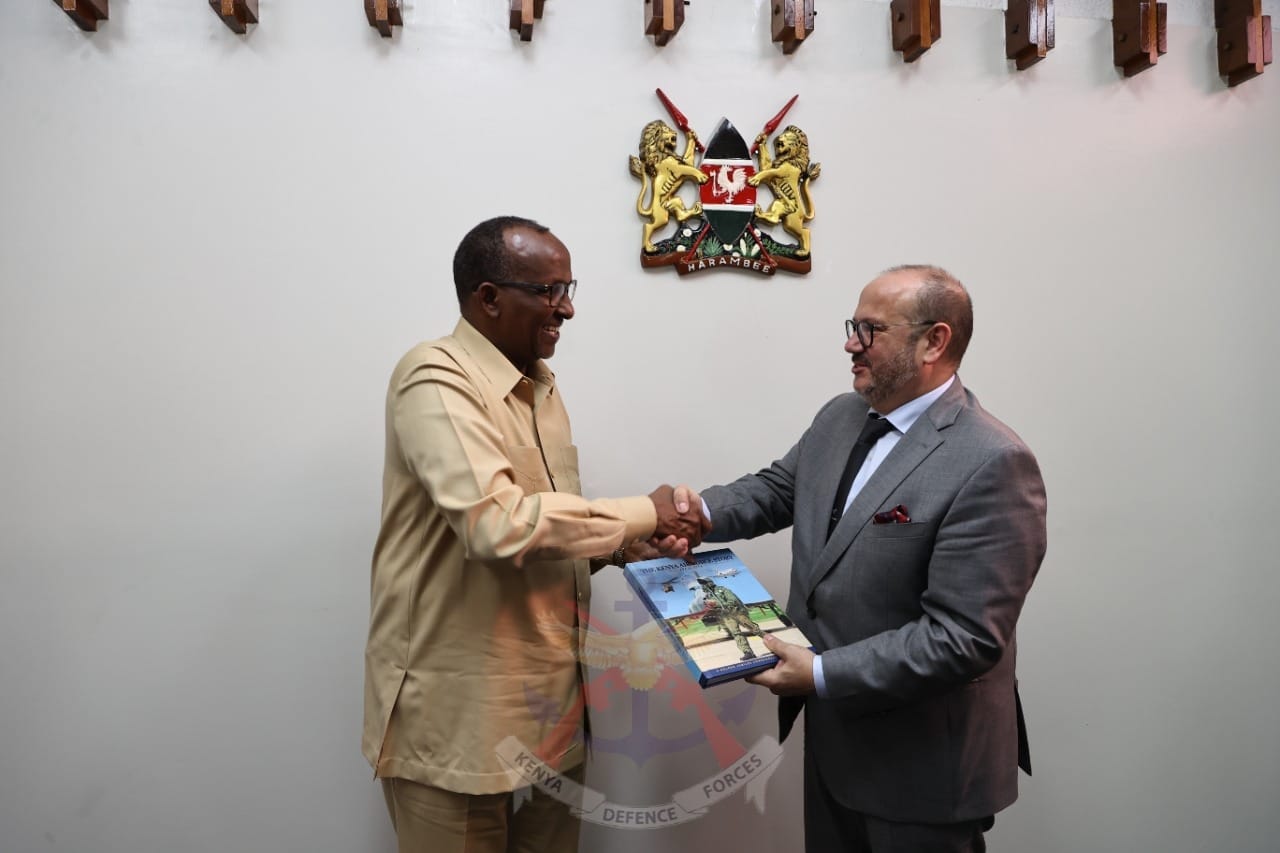 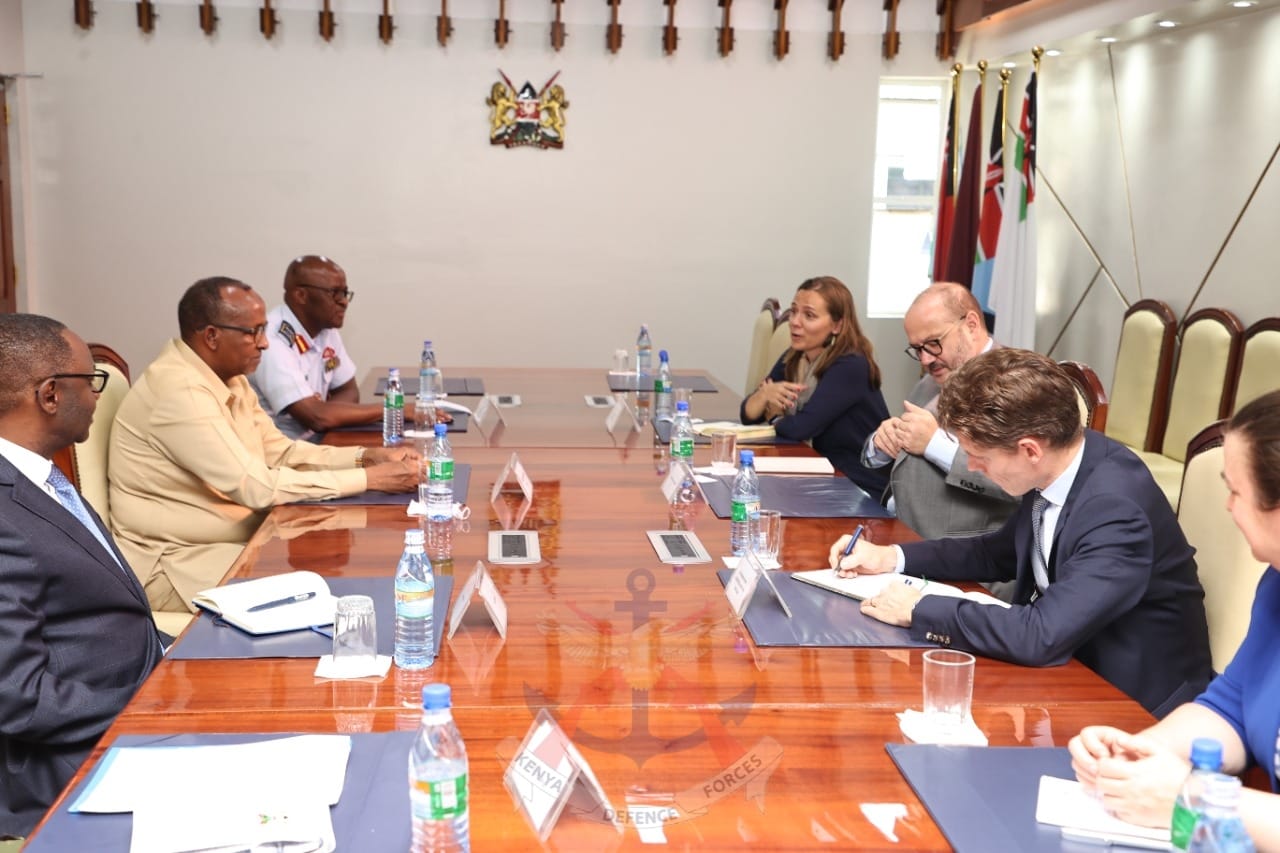