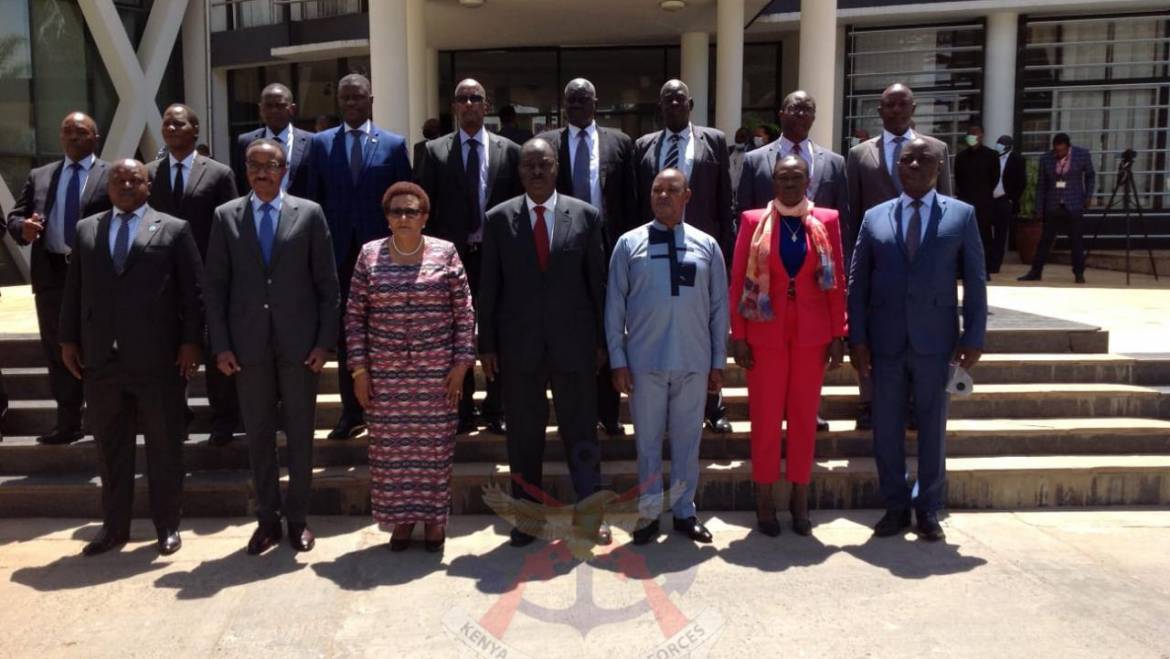 The Defence Forces from the East African Community (EAC) Partner States will continue focusing on Civil Military Cooperation (CIMIC) activities, over and above security matters, as an effort to participate in both their respective national and wider regional development.

During the weeklong 33rd meeting of the Sectoral Council on Cooperation in Defence matters, held at the EAC Headquarters in Arusha – Tanzania over the weekend, the delegates unanimously passed a resolution to support civil authorities as a measure to achieve a wider vision of EAC cooperation.
The meeting that was chaired by Kenya’s Chief Administrative Secretary (CAS) for Defence, Peter Odoyo was a culmination of a series of other meetings that had proposed various recommendations that aimed at deepening integration and widening cooperation in the region.

Mr. Odoyo underscored the importance of cooperation, pointing out that the forefathers of the EAC conceived the idea of integrating the countries into a community in order for the inhabitants to realize their full potential, and improve the lives and experiences of the common people.

He further said the ability of the Defence Sector is what guarantees survival of countries in the region and that integration in defence affairs enhances the sense of security and confidence among the East African people adding that regular interaction of the defence forces of the member state should be encouraged.

The CAS congratulated Hon. (DR) Stergomena Lawrence Tax, the newly appointed Minister for Defence and National Service of the United Republic of Tanzania, who became the first woman to head the defence Ministry in Tanzania. Dr. Tax was a former Executive Secretary of Southern African Development Community (SADC).