POMP AND FUNFAIR FOR MOI AIR BASE CHILDREN 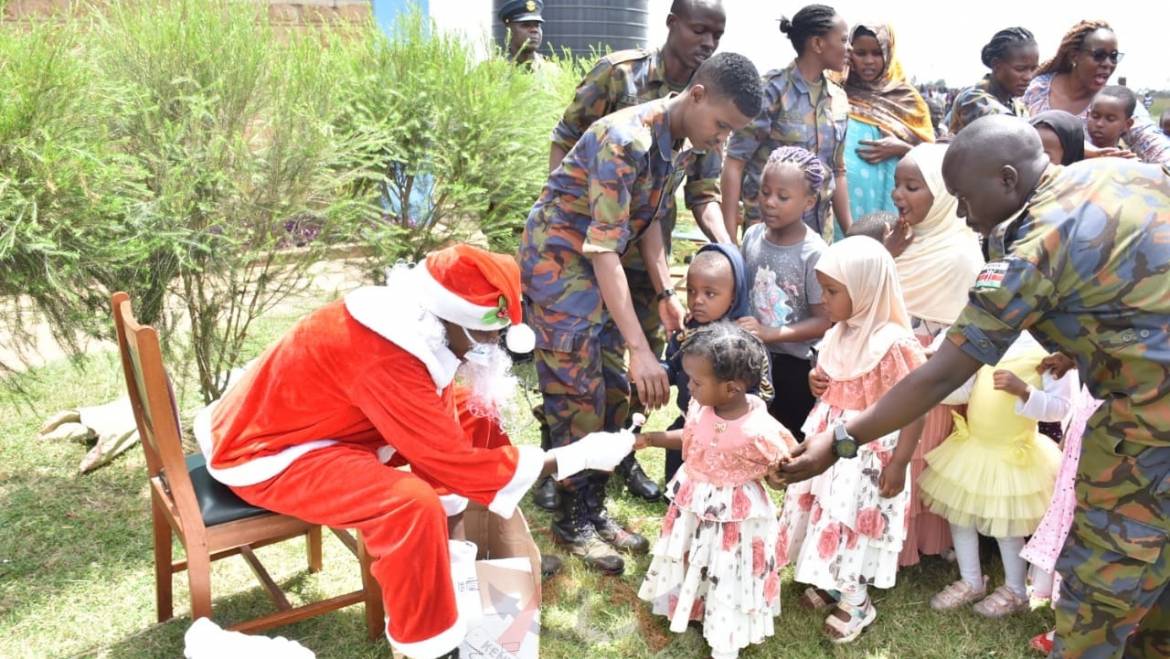 An atmosphere of happiness and Joy engulfed Moi Air Base, Eastleigh as the Base hosted it’s annual Children’s party.

Hundreds of children accompanied by their parents paraded at Service members Married Quarters and later proceeded to the Sina Makosa grounds escorted by the Kenya Air Force Band.

The children’s party is an annual routine at the verge of Christmas and New year where children get an opportunity to intermingle with each other as well as soldiers. The children were also presented with a rare opportunity to enjoy presence of a Fennec helicopter as it landed with ‘Santa Claus’ conveying Christmas goodies sponsored by the Base Commander MAB Brigadier Samwel Kipkorir.

The event was characterized by a series of entertainment ranging from dancing, face painting, bouncing castle among other games. 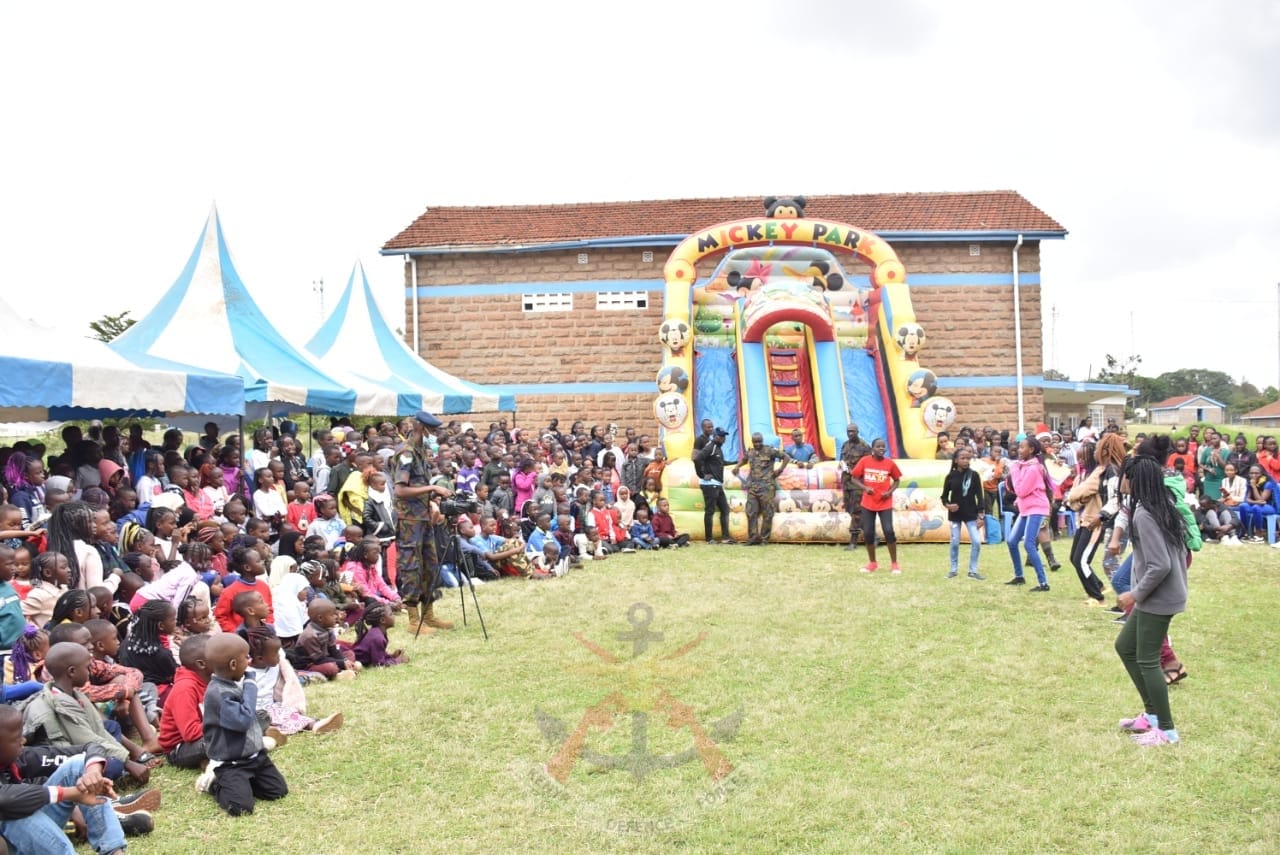 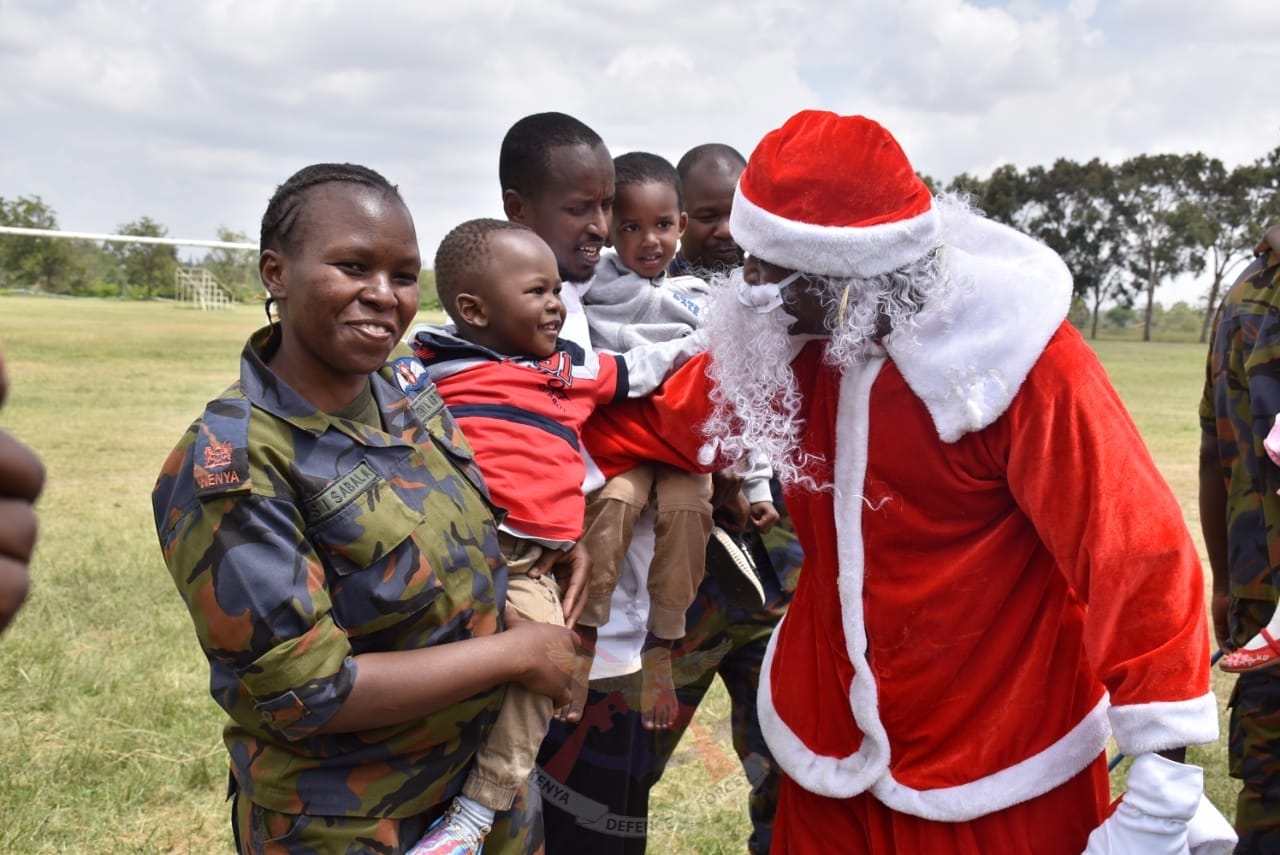 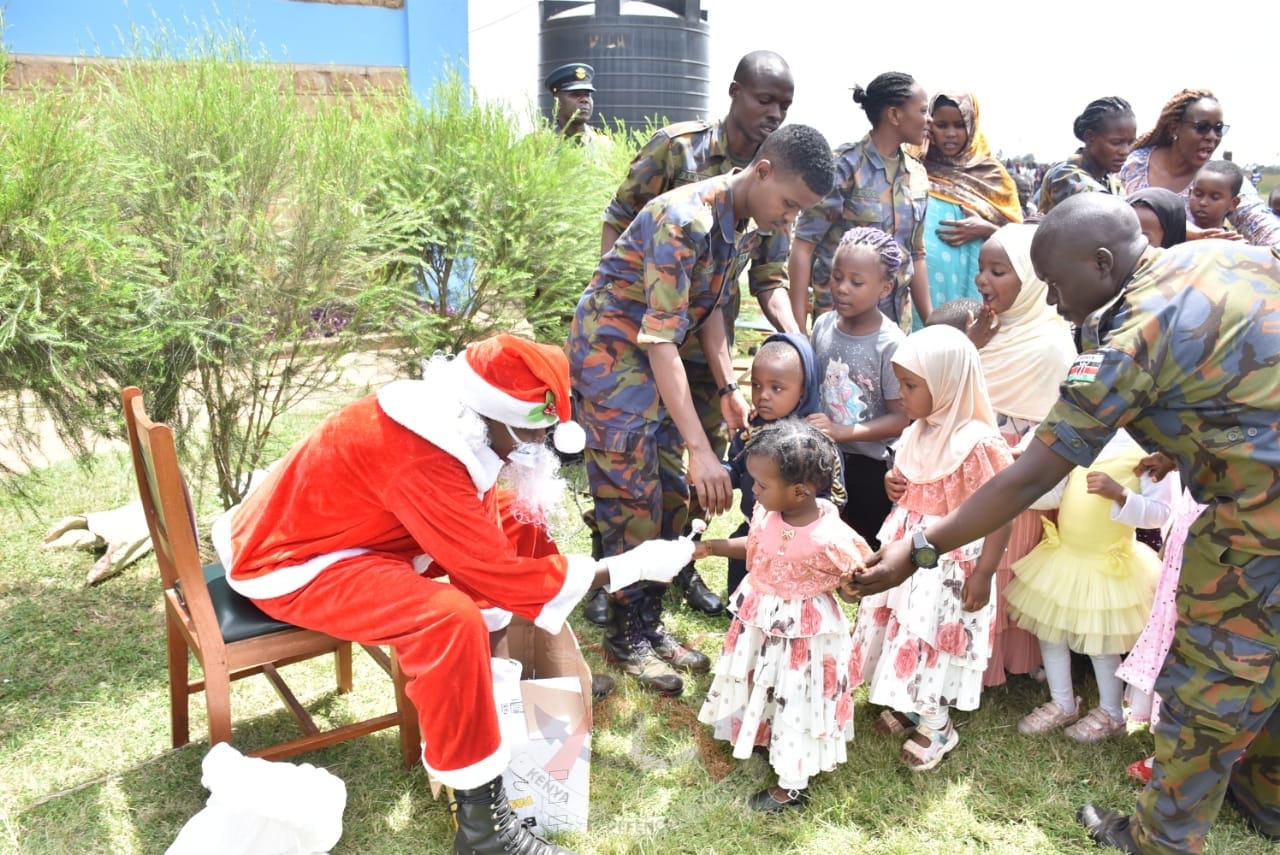 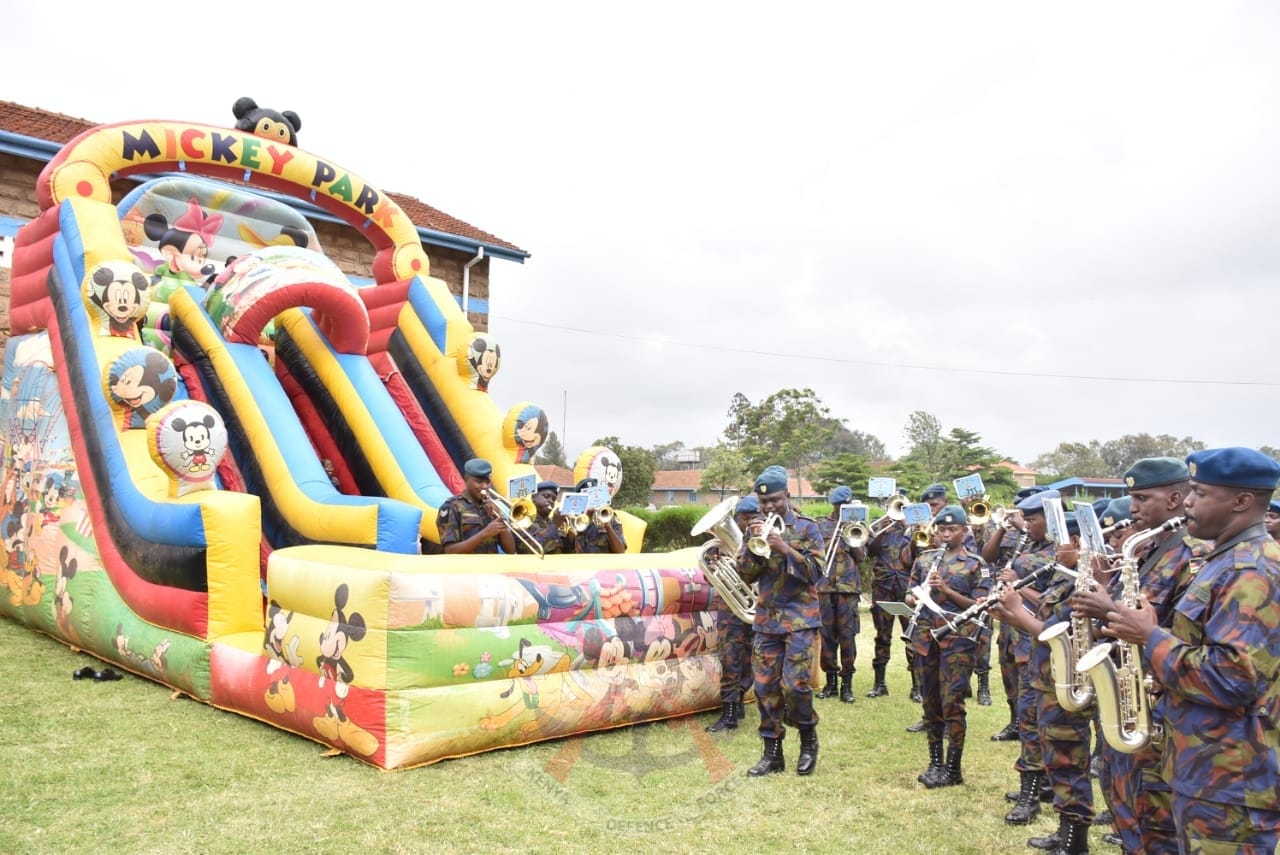 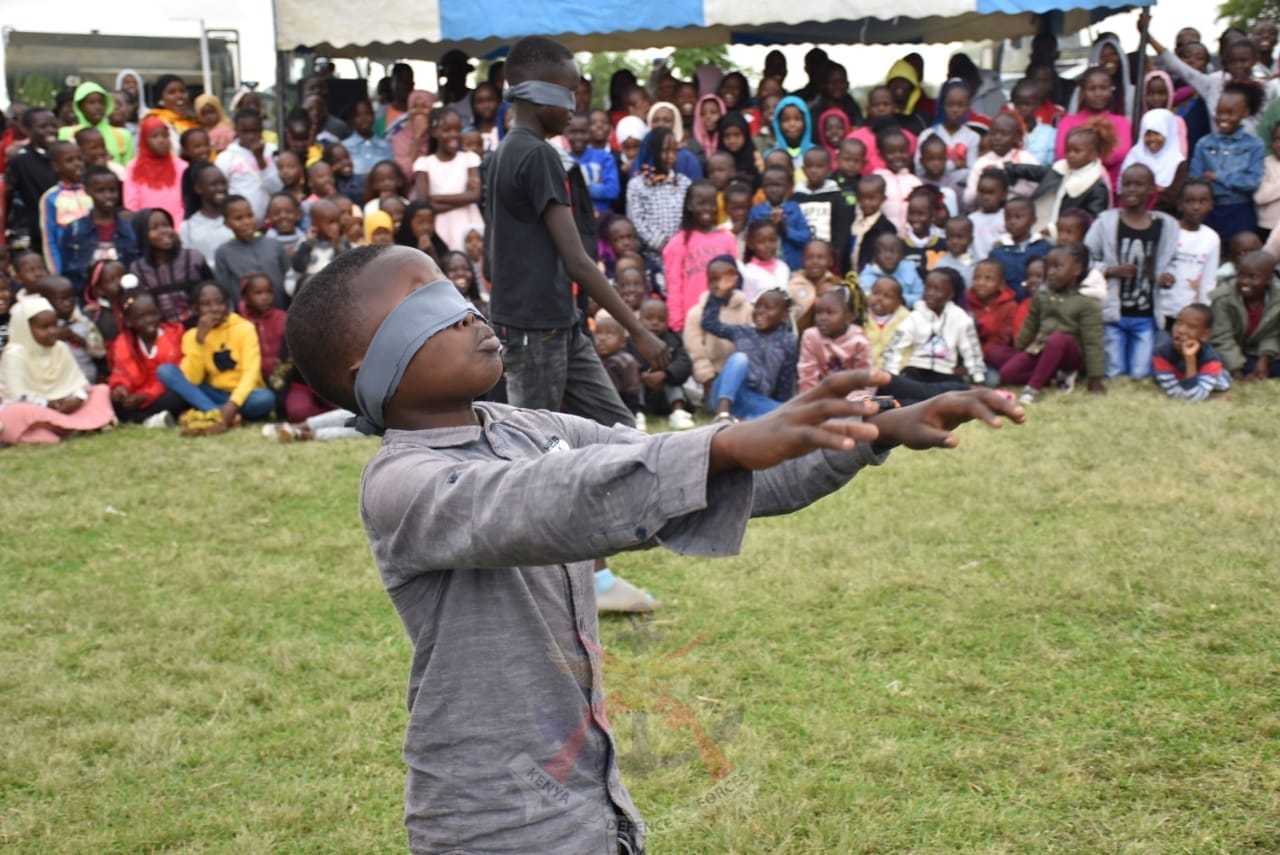 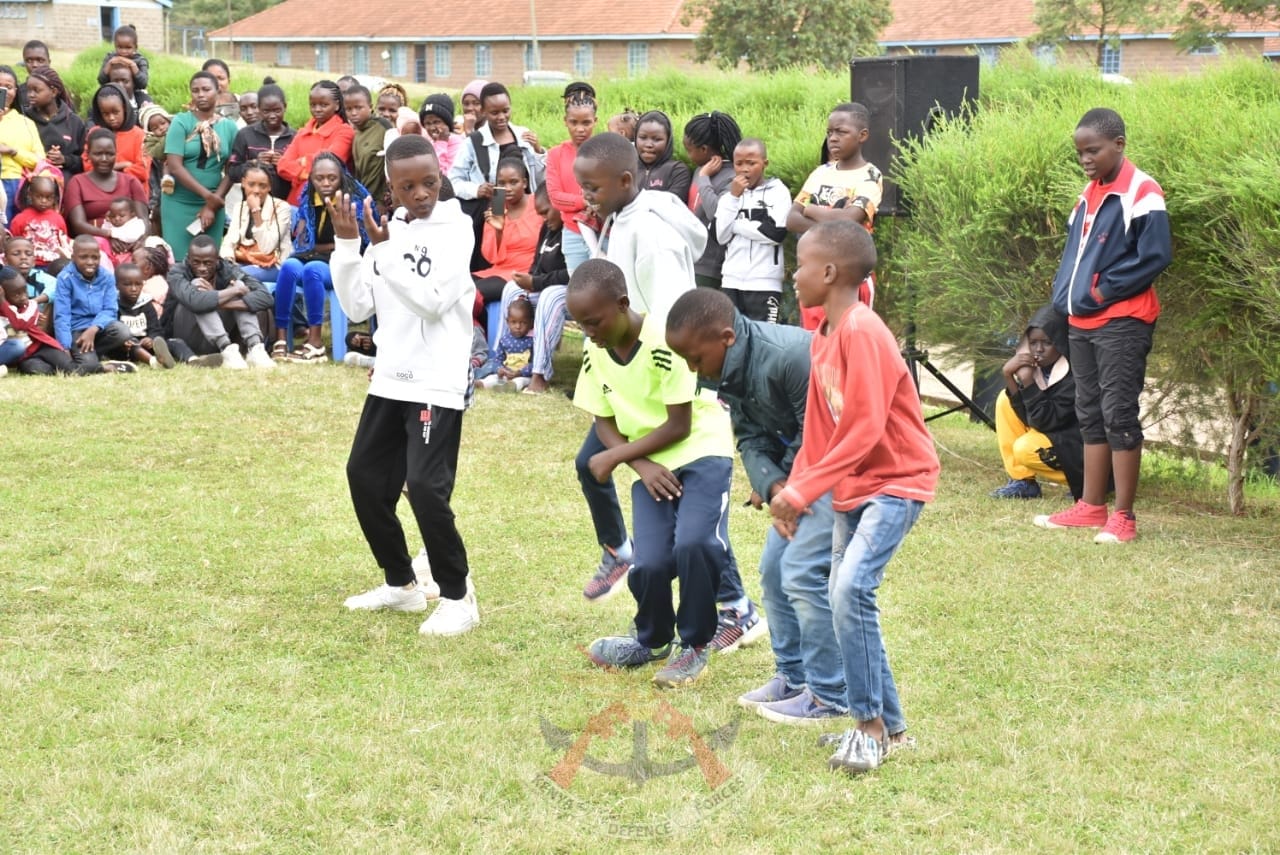