MWAK ROLL DOWN PROGRAMME COMES TO AN END. 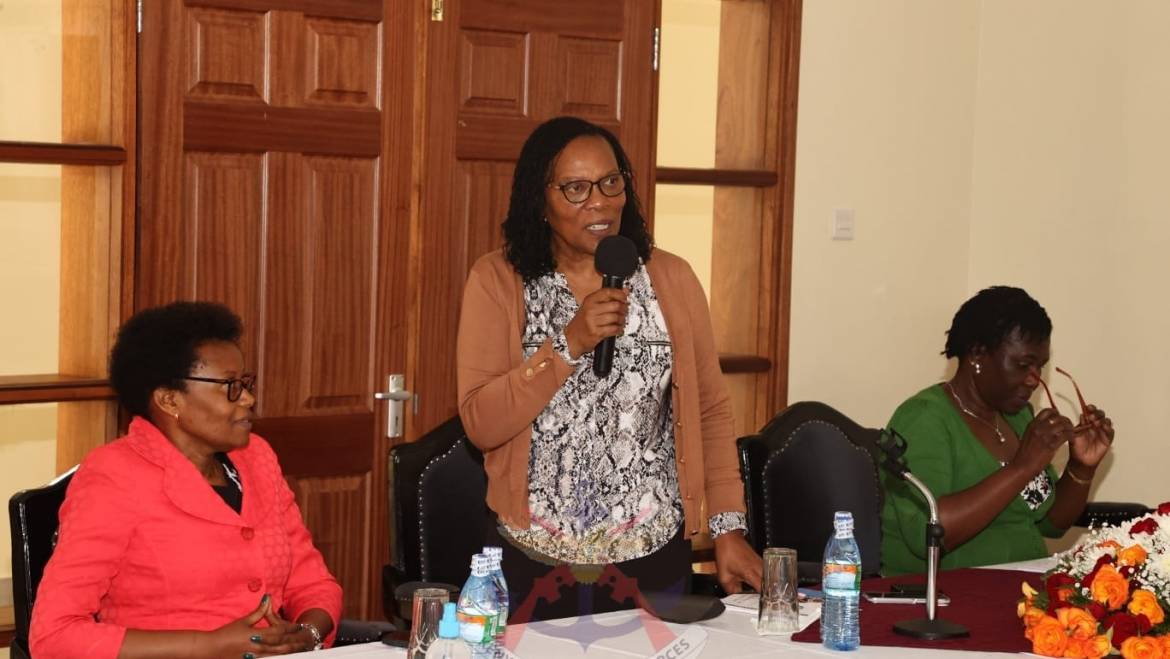 Members of the Military Wives Association of Kenya (MWAK) have today, Tuesday 06 December 2022, conducted a sensitization seminar to Senior Officers, Officers and Warrant Officers at the Defence Headquarters, Nairobi, ahead of the intended roll down of membership.

The forum was preceded by other similar regional sensitization tours aimed at sharing the vision of the Association as well as collecting views on the intended membership roll down drive.

The team was led by MWAK Chairlady, Mrs. Tabitha Kibochi who expressed her satisfaction with the milestones the Association was making. She hoped MWAK will positively impact the military family by improving the welfare and wellbeing; for the serving, retired, widowed and orphaned families. Inaddition she stated that enlisting more members into the Association would make KDF one big happy family.

“Soldiers in the frontline will have peace once they know their wives and children are well taken of. As we lay the structures block by block, we are hopeful to bring in every military spouse. Team work will help us solve our problems from within and we therefore urge you to help us bring everyone aboard,” she said.

Mrs. Grace Amogola, engaged the participants on a roll down presentation which elaborated on the thematic pillars of the Association which they have focused on under their motto ‘Walking Far Together.’ The pillars include; health, education, housing, mentorship, recreation and wellbeing, veteran affairs, financial sustainability, partnerships and collaborations, among others.

Mrs. Amogola reaffirmed that bringing all spouses on board shall create a pool of human resource, ideas and expertise able to bring solutions to challenges facing the military families.

The Chief of Compensation and Welfare (C&W) Brigadier John Khaoya urged those present to encourage their spouses to join MWAK so as to be able to share their welfare issues on a common platform.

“Taking care of our families does not only include financial support but also mental and physical health. Most people suffer out there not because they lack resources but knowledge. I am grateful to MWAK for the sensitisation programmes which have enlightened our KDF families,” said Brig Khaoya.

MWAK promised to put all concerns and recommendations for the roll down into serious consideration.

Commandant Camp Admin Unit (CAU) Colonel Lawrence Ntoyai thanked MWAK for the noble task of ensuring that the welfare of soldiers’ families are taken care of and urged all those present to be ambassadors of MWAK since it is the biggest ally when dealing with military families welfare.

MWAK officials also highlighted achievements made since its formation which include empowering KDF families through pre and post deployment briefings as well as economic empowerment programs to give opportunities to members to participate in income generating activities. This is anticipated to make them financially stable. The Association has also provided assistive devices to children abled differently within KDF families as well as talks on life skill matters for cadets, recruits and students from KDF-sponsored schools among others. 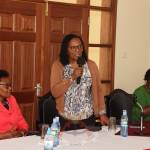 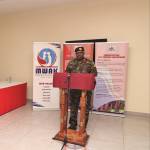 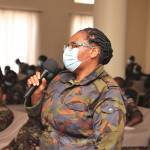 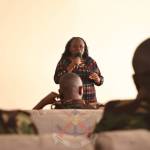 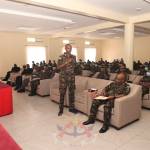