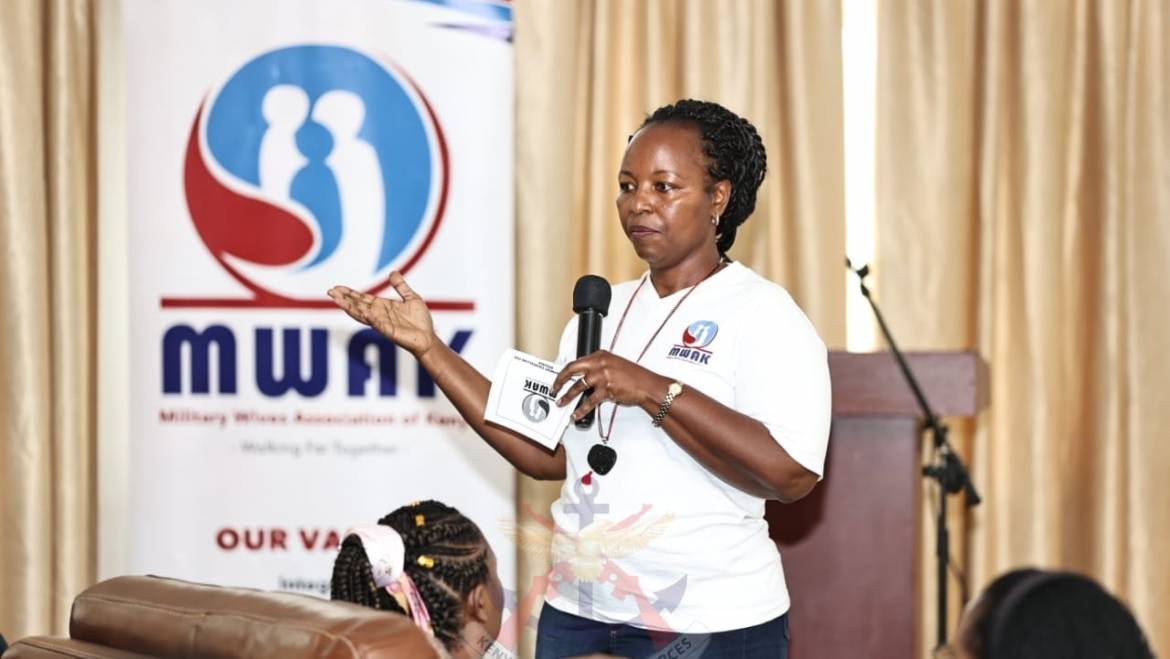 The Military Wives Association of Kenya (MWAK) on Thursday, 22 September 2022, extended their mentorship program to spouses, dependants and families of Service Personnel deployed on peacekeeping missions at Kenyatta Barracks in Gilgil.

“A functional home starts with a woman who has strong values, is gentle and transparent. Encourage your spouses who are away on duty by creating a good platform for communication so that you can bring the love back home,” she said.

Mrs. Kibochi further called upon the women, especially those whose husbands were away on peacekeeping missions, to stand firm as pillars in their homes and be wise in managing their family finances.

Major (Rev) Samson Gachathi spoke about spiritual burnout and called upon the spouses to have realistic expectations and avoid living beyond ones’ means. He also urged them to respect and always pray for their spouses.

While concluding the session, Captain Sifuna, a Medical psychologist, echoed the gospel of maintaining good communication in the family and eventually asked the spouses to take up responsibilities in the home which in turn will contribute to a happy life.

The forum closed with an exquisite performance from the Blessed Women; an empowerment group initiated by MWAK. 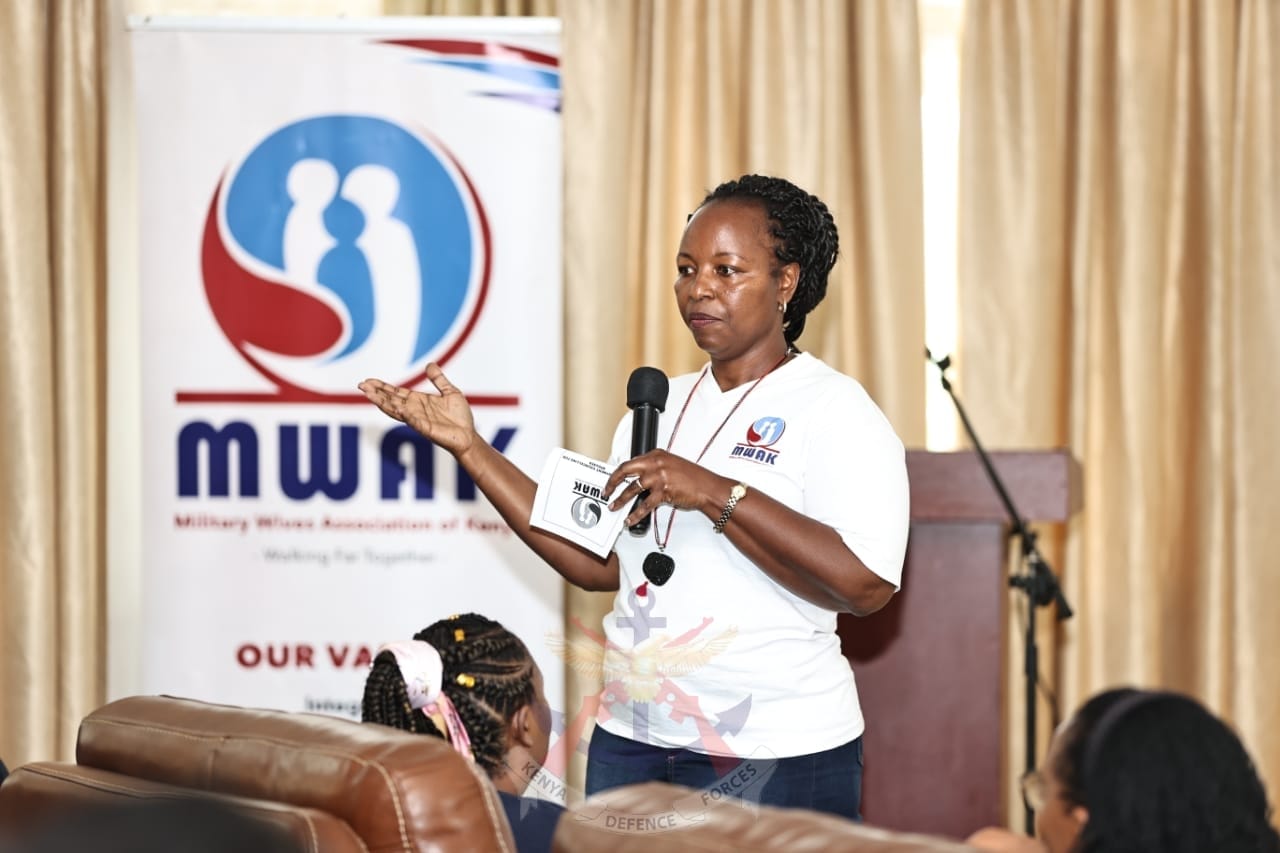 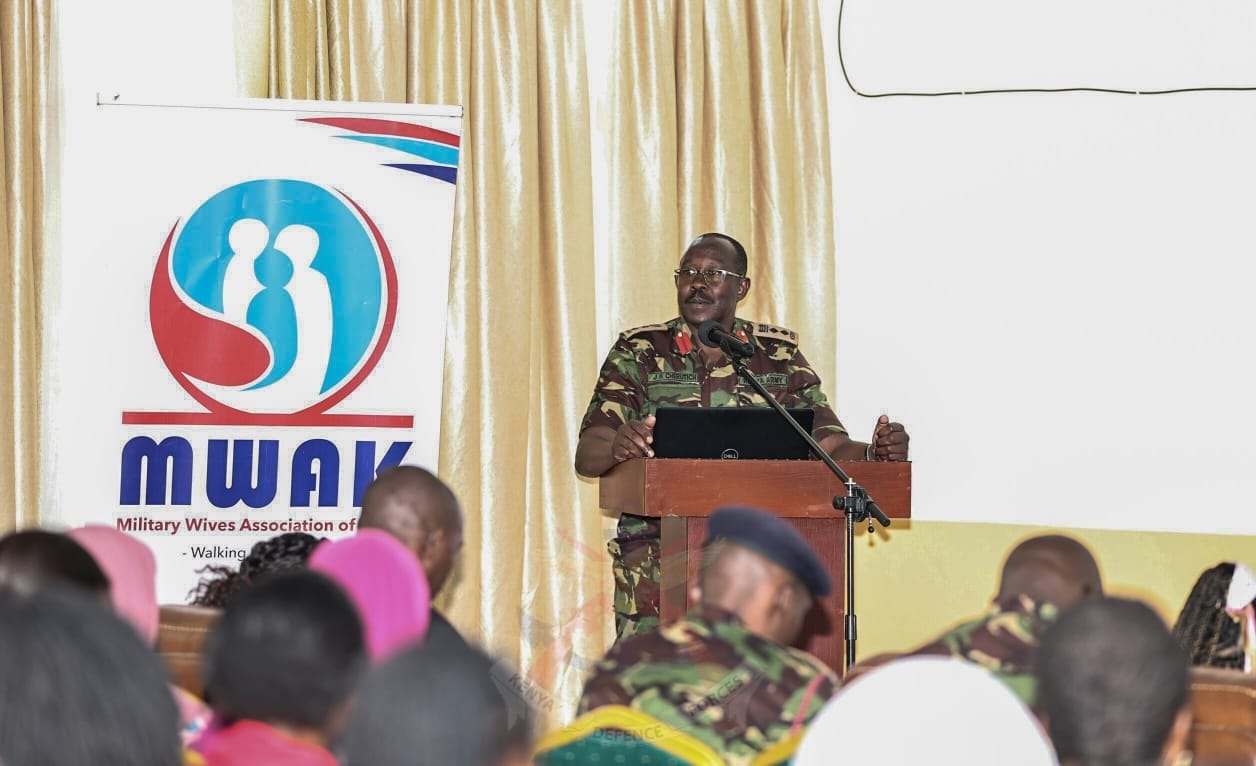 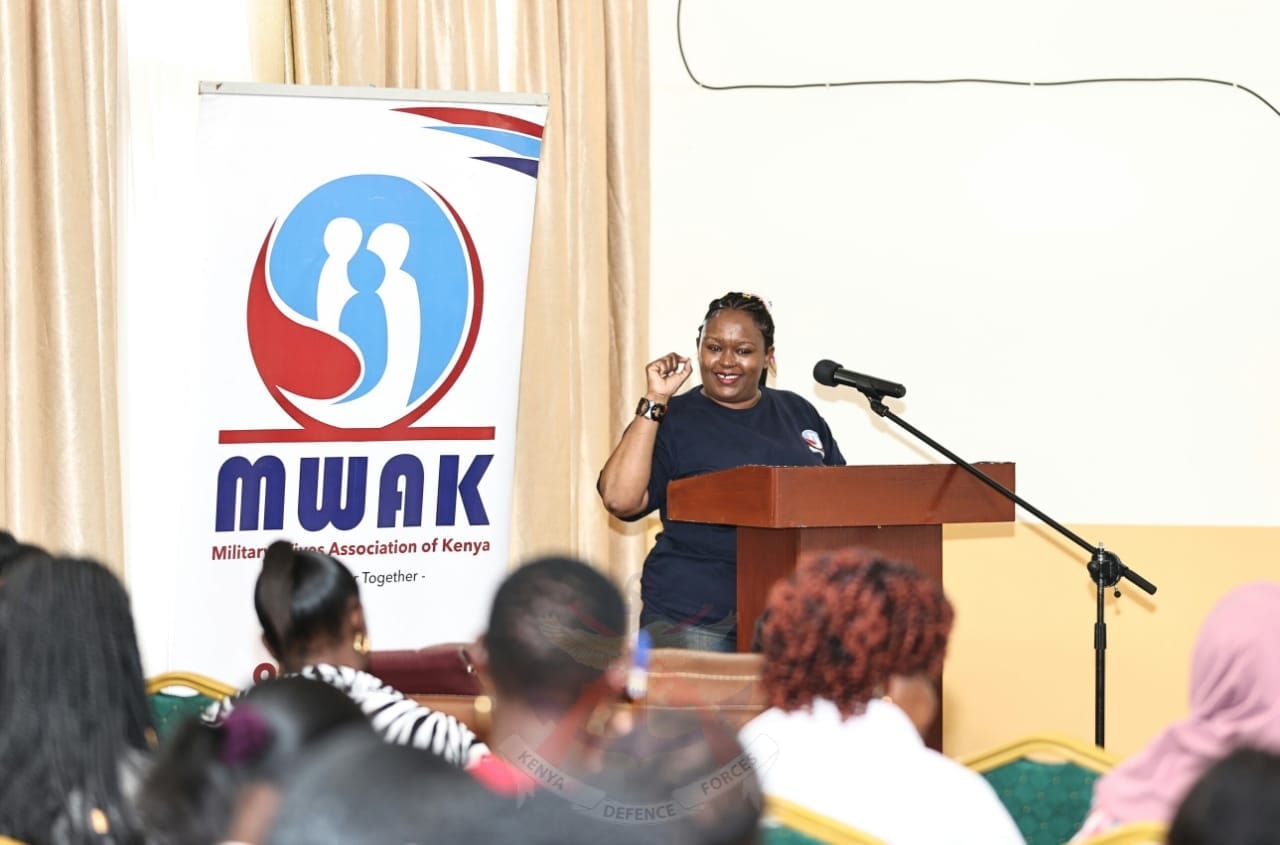 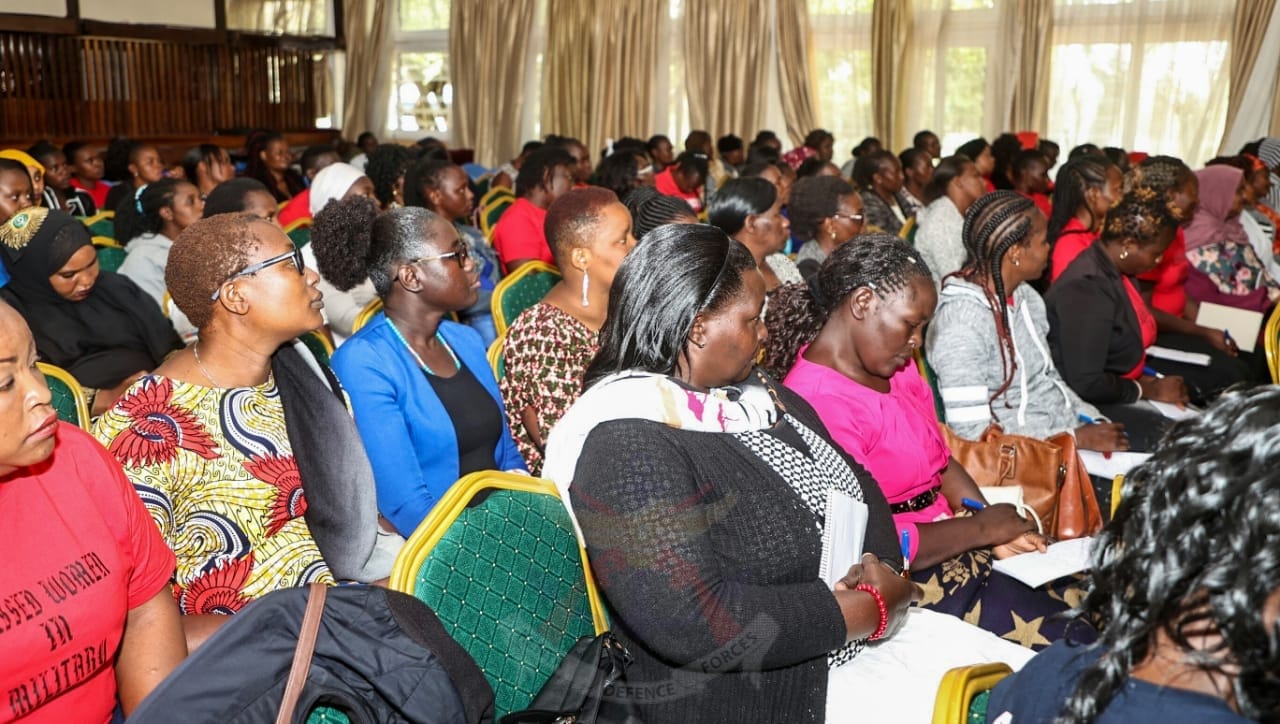 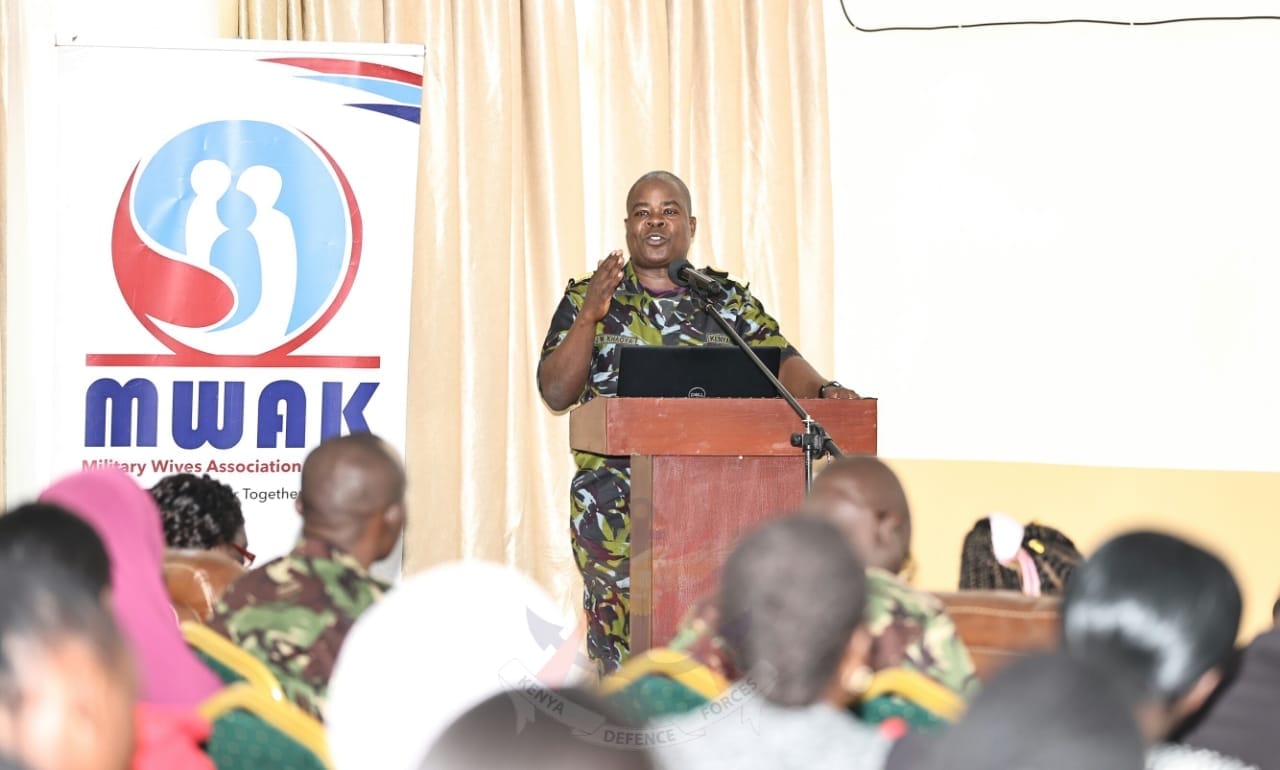 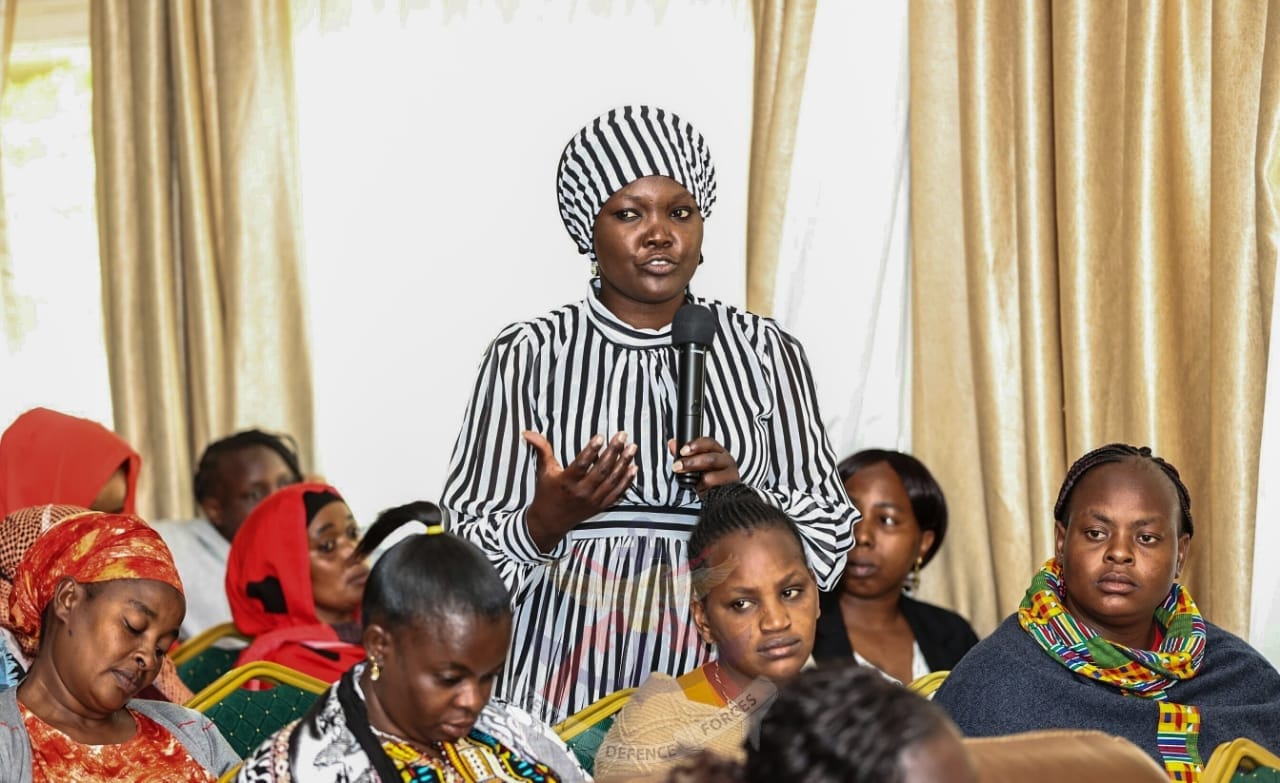 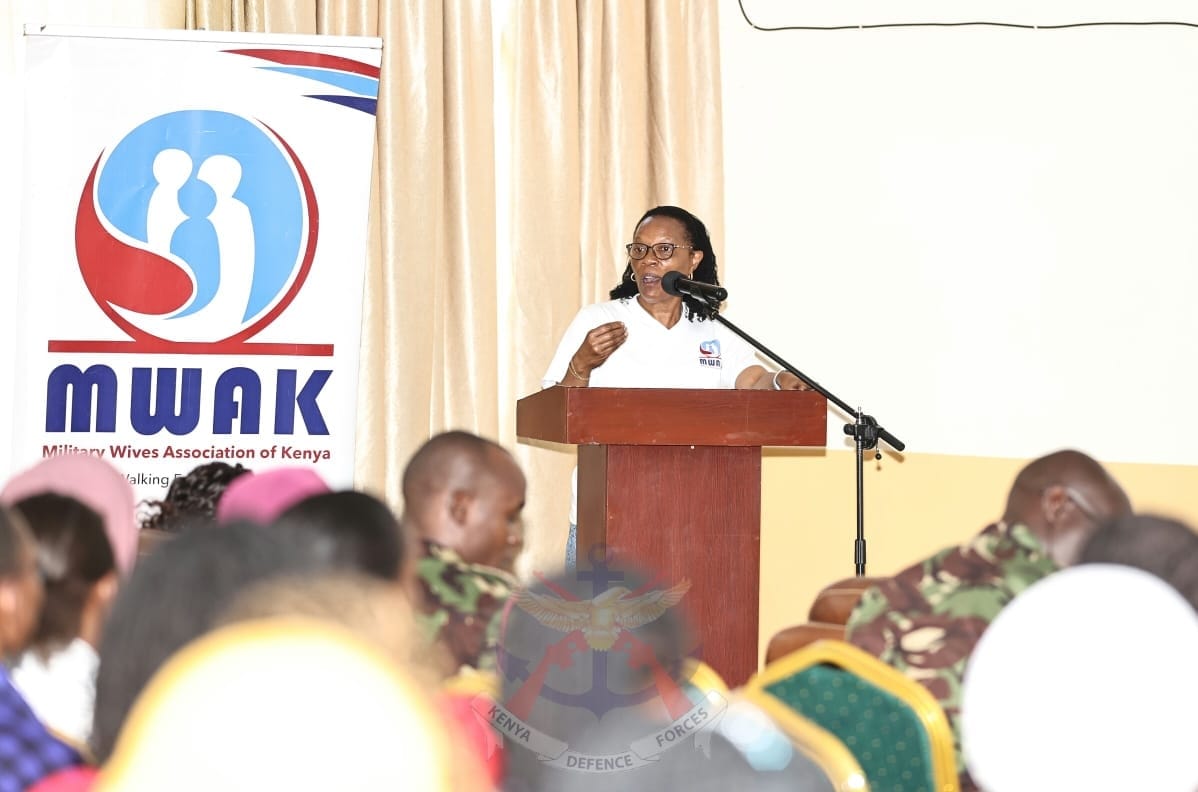