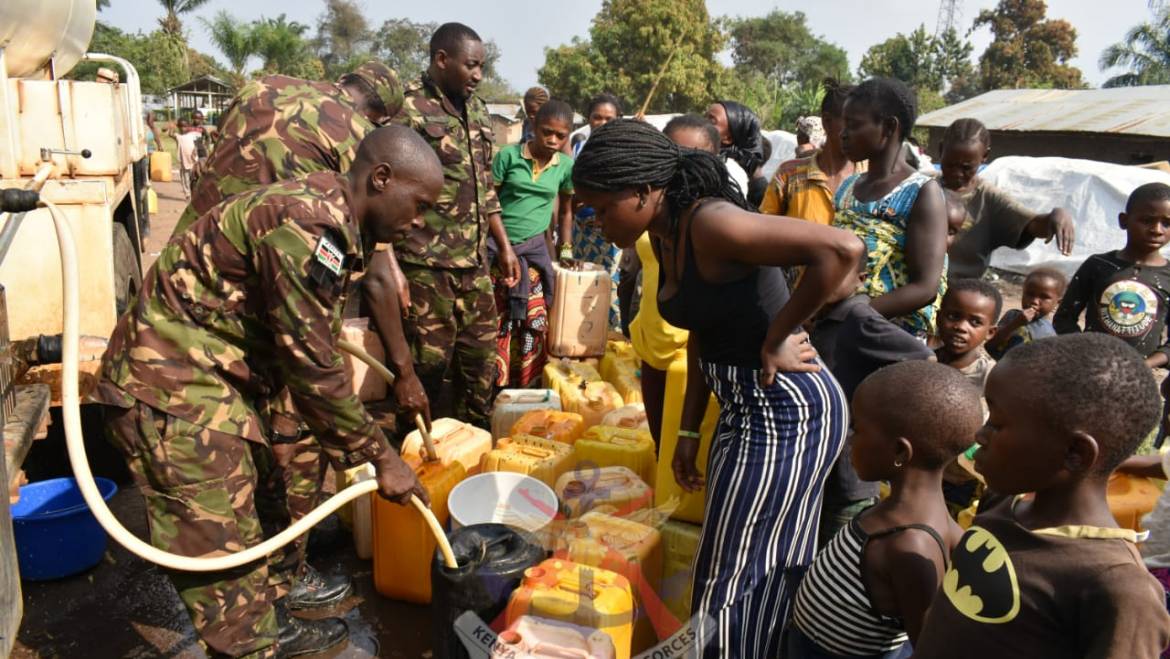 Kenya Quick Reaction Force 2 deployed under the United Nations Organization Stabilization Mission in the Democratic Republic of Congo carried out a water distribution exercise to locals in MbaliMasu IDP camp, several primary schools and a health centre in the general area of Basili.

The Platoon Commander Capt N Ombima, noted that the exercise was necessitated by a shortage of rainfall that has been experienced in the region thus forcing locals to go far and wide in search of clean water.

The area chief, Mr. Jean Katho expressed his gratitude on behalf of the beneficiaries. He said that the availability of water would help the health facility and schools carry out continue their routine work without difficulty. He further commented that the initiative goes a long way in cementing good relations between the Forces and the locals.

The troops were able to distribute 24,000 ltrs of
water to different schools including Tuungane and Mbalimasu, Bey hospital and Mbalimasu IDP camp. 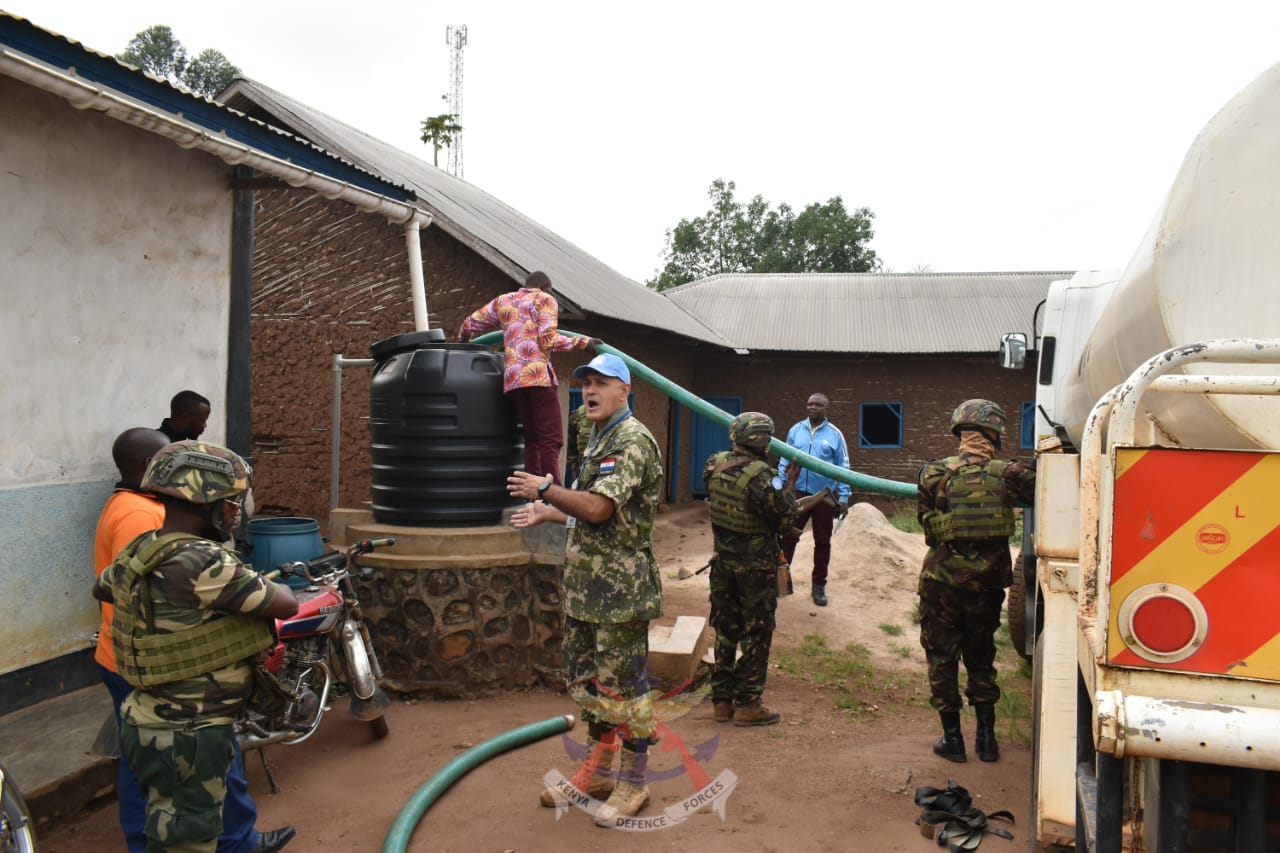 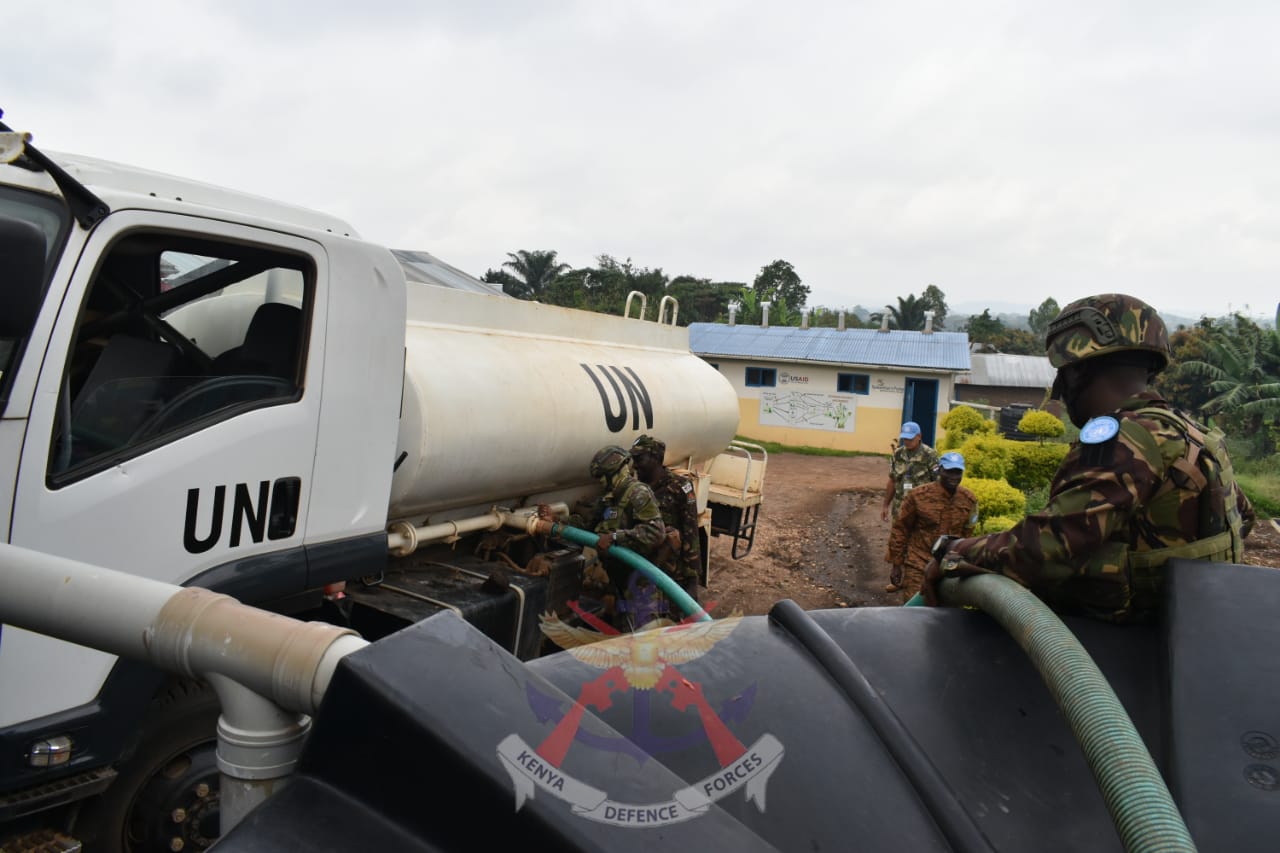 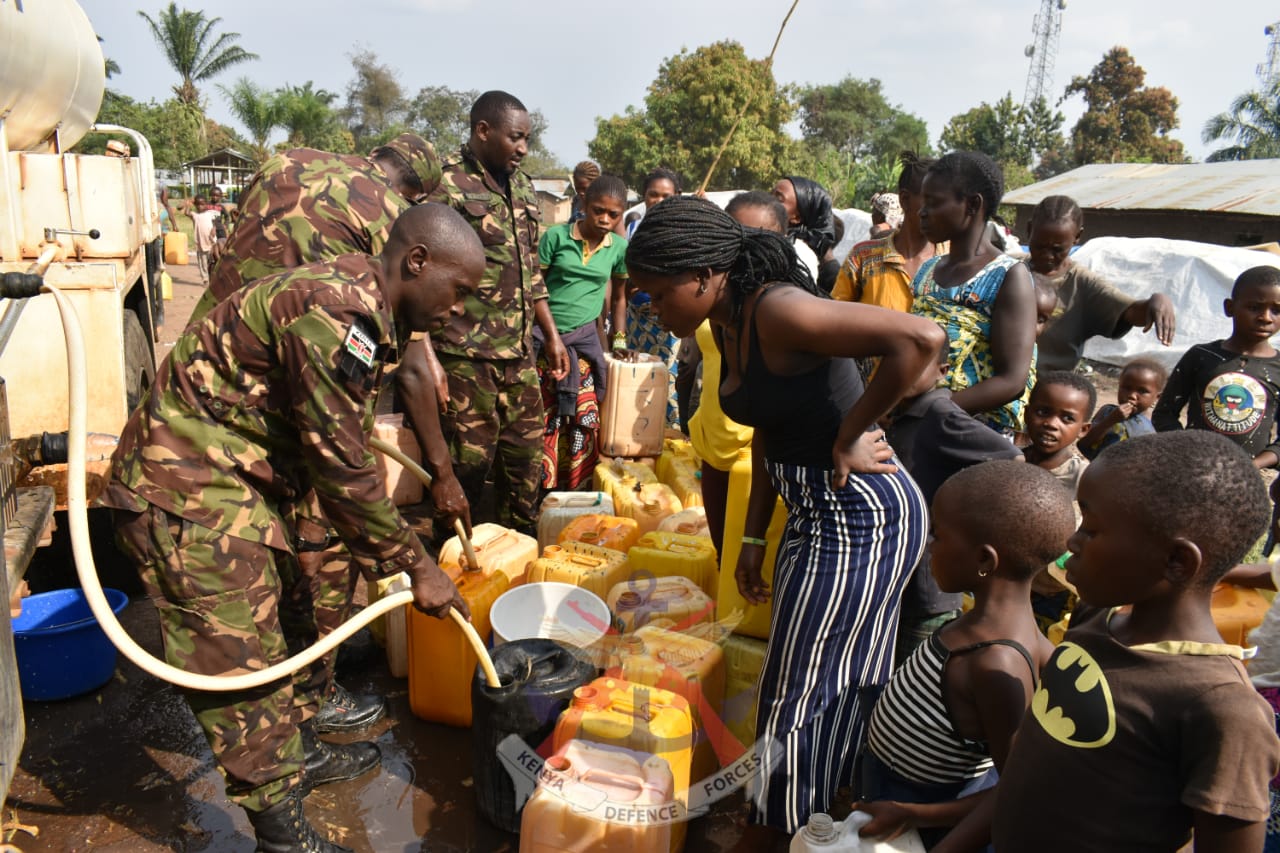 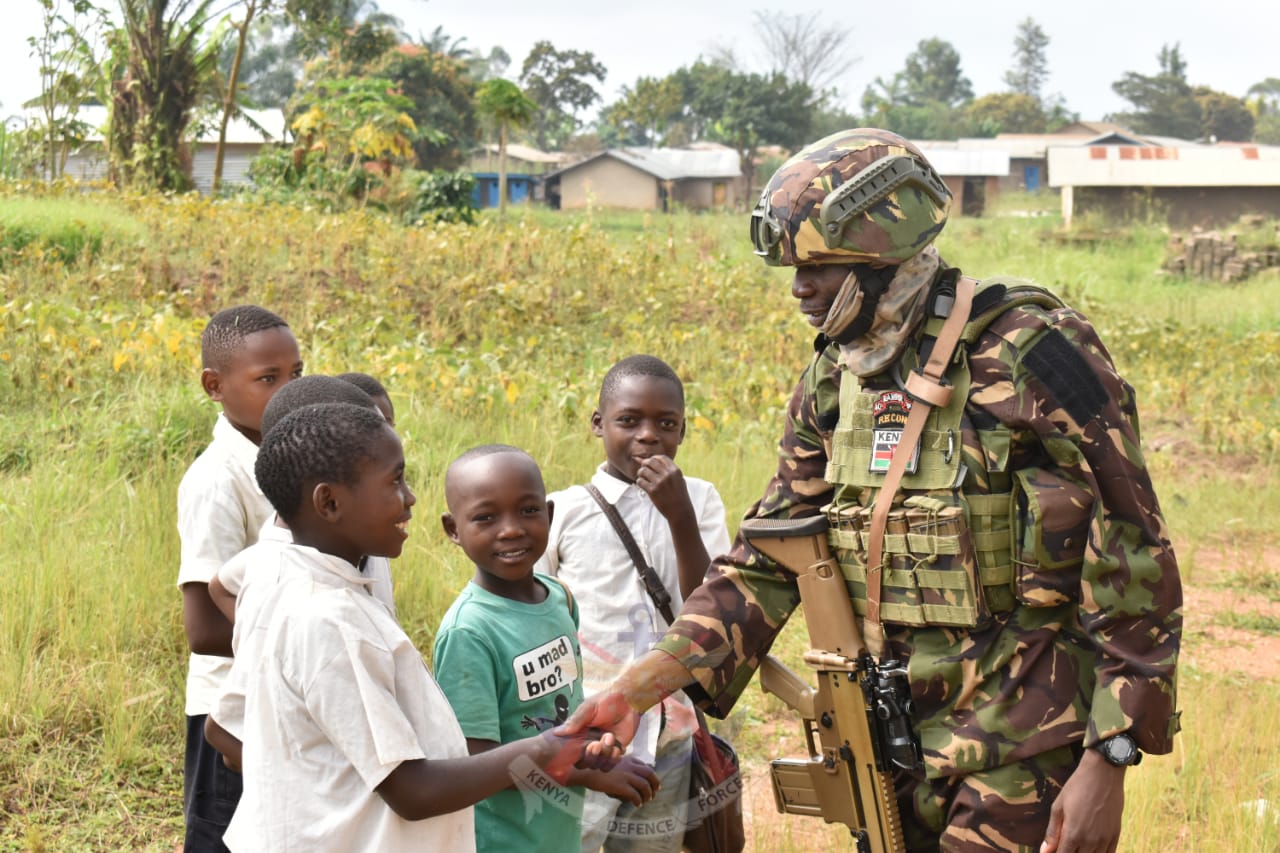 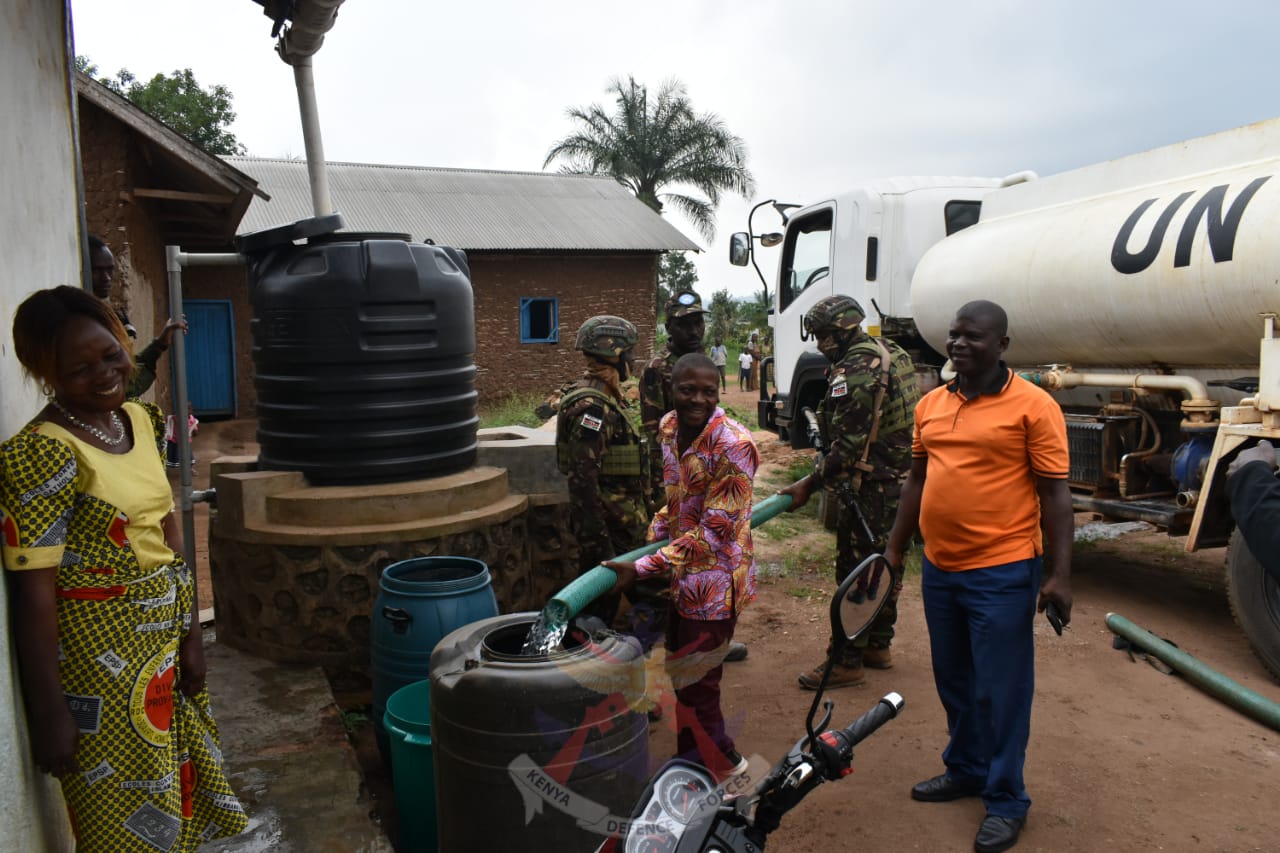 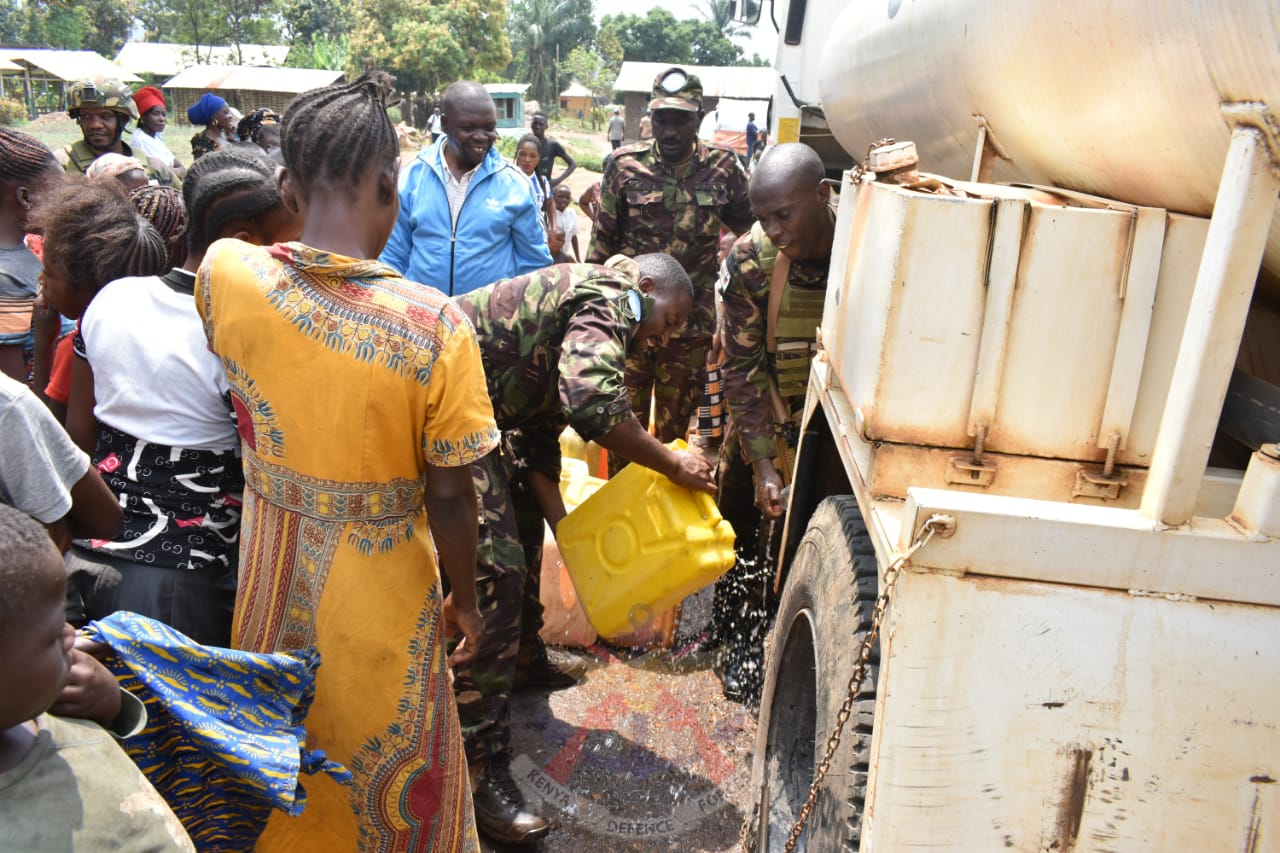 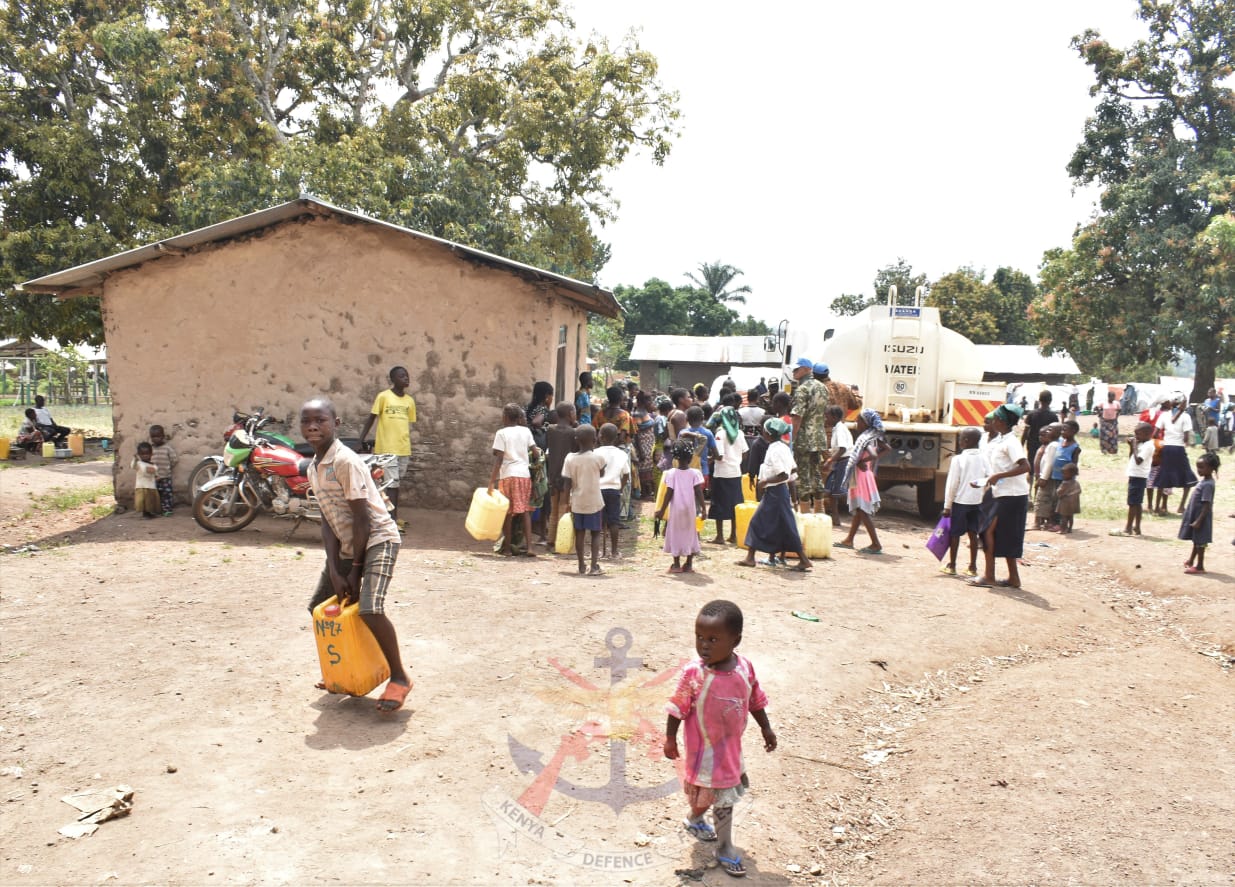 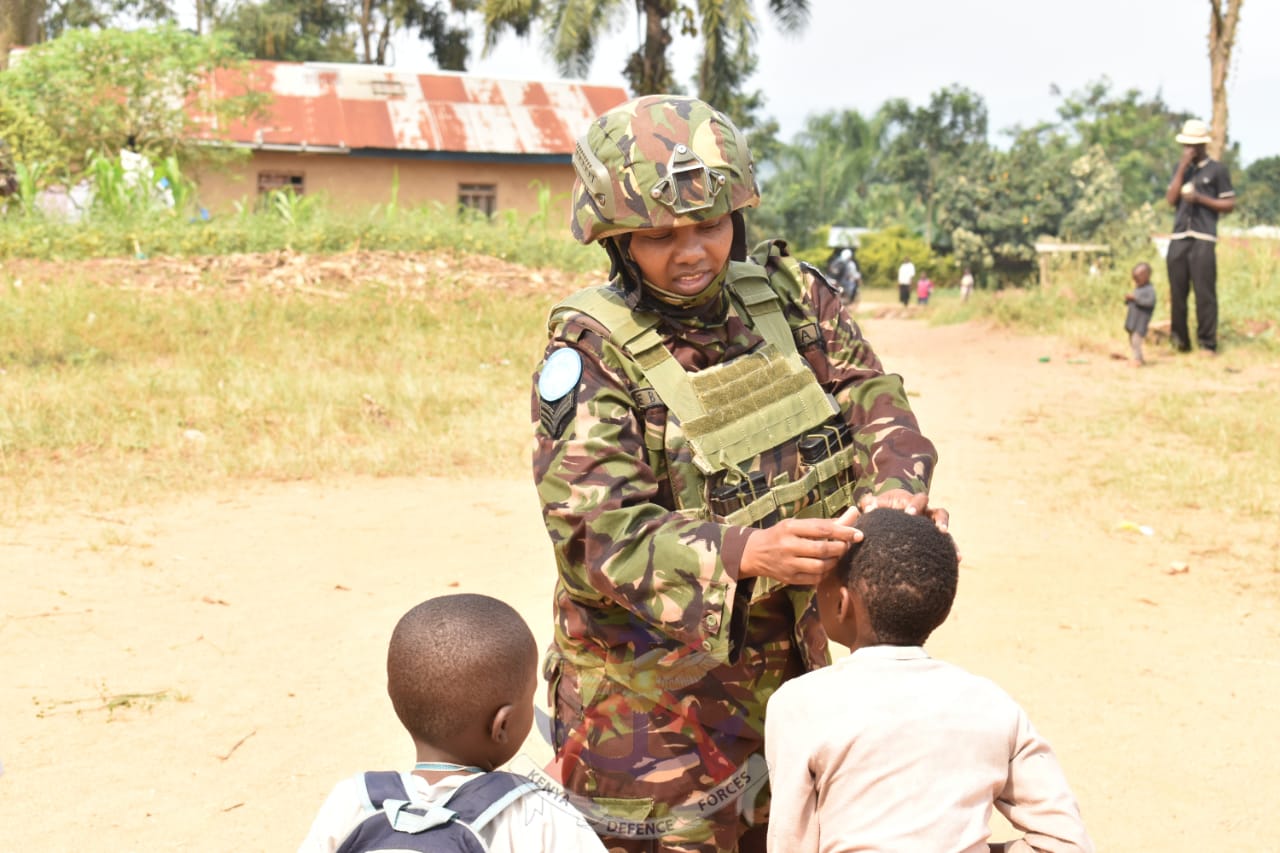