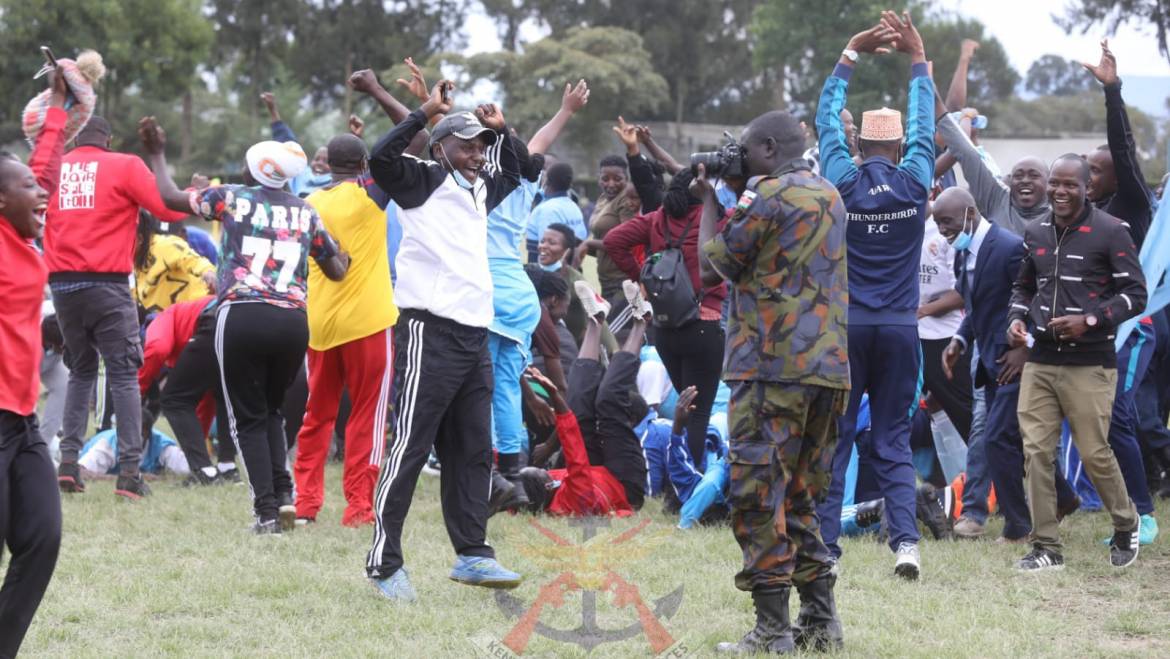 The Women’s First Edition of the Chief of Defence Forces ‘BORA CUP’ came to an end at the 81 TANK Battalion Sports Complex on 20th August 2021.

LAB struck first in the opening minutes of the game through Corporal Gladys Wangeci but Kahawa fought back deep into the second half to bag an equalizer through Private Esther Muiruri setting stage for a deadlocked extra time. LAB Queens emerged winners through a post match penalty shootout where they scored 3-2 against Kahawa Queens to be declared the BORA CUP 2021 Edition winners. The 2nd runners up position went to Navy Mtongwe Women team who had lost to Kahawa in the semis. Earlier in the tournament on their road to the finals, LAB Queens went past Artillery and 4th Brigade in the quarters and semis respectively.

During the closing ceremony, the CDF General Robert Kibochi, in his speech read by Brigadier Maroko acknowledged the role of sports in enhancing cohesion among KDF personnel by promoting ‘esprit de corps’ while also providing an avenue for preparing soldiers physically to undertake military tasks as part of mission readiness and evaluation due to the changing operation environment.

A total of 32 participants were selected for trials with Ulinzi Starlets. Notable among the picked are the tournament’s Top Scorer Private Brenda Muremi of LAB, Golden Gloves winner Sergeant Teresia Maingi and the tournament’s Most Valuable Player Gunner Sarah Wasike from Embakasi Garrison. 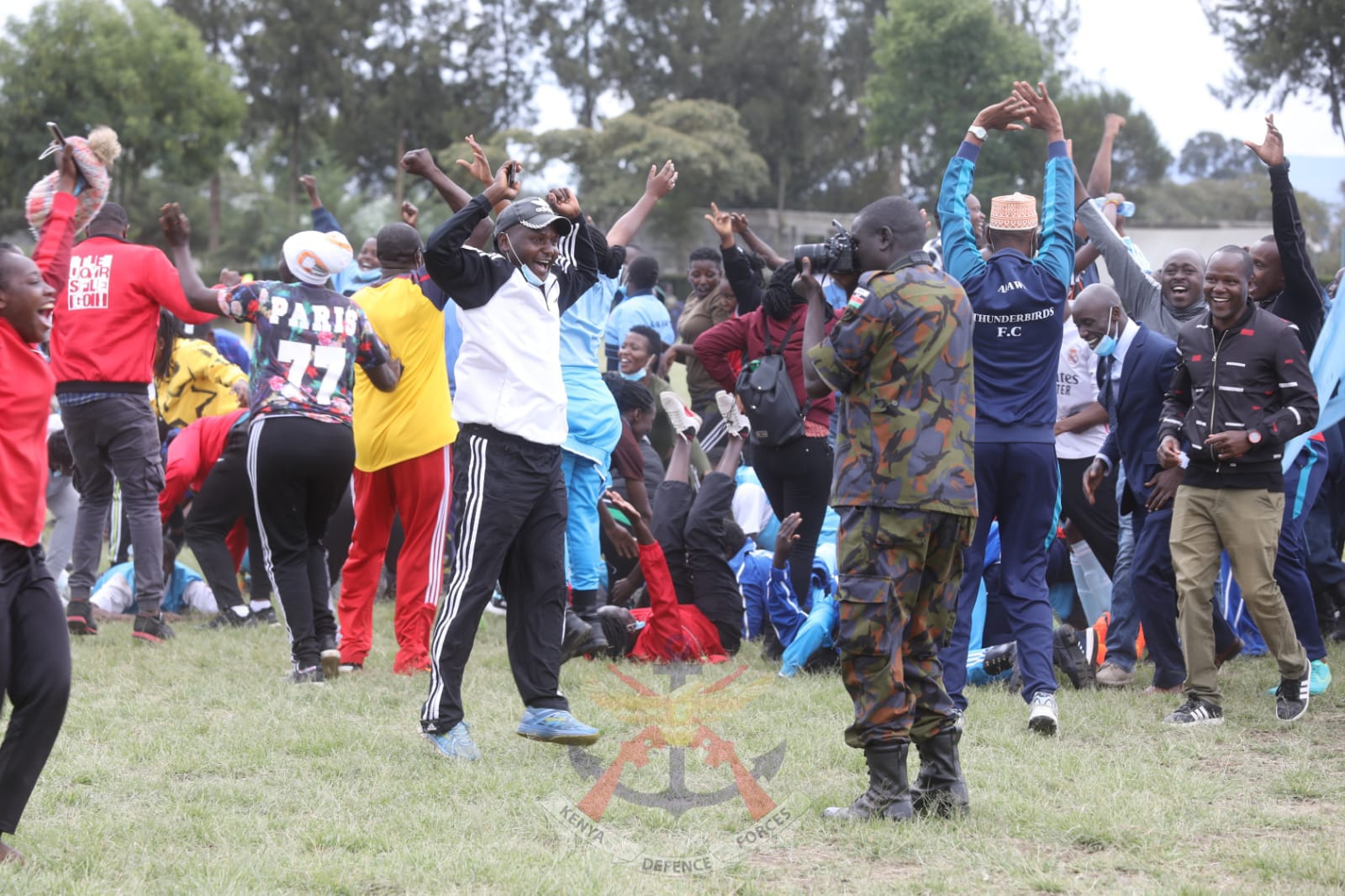 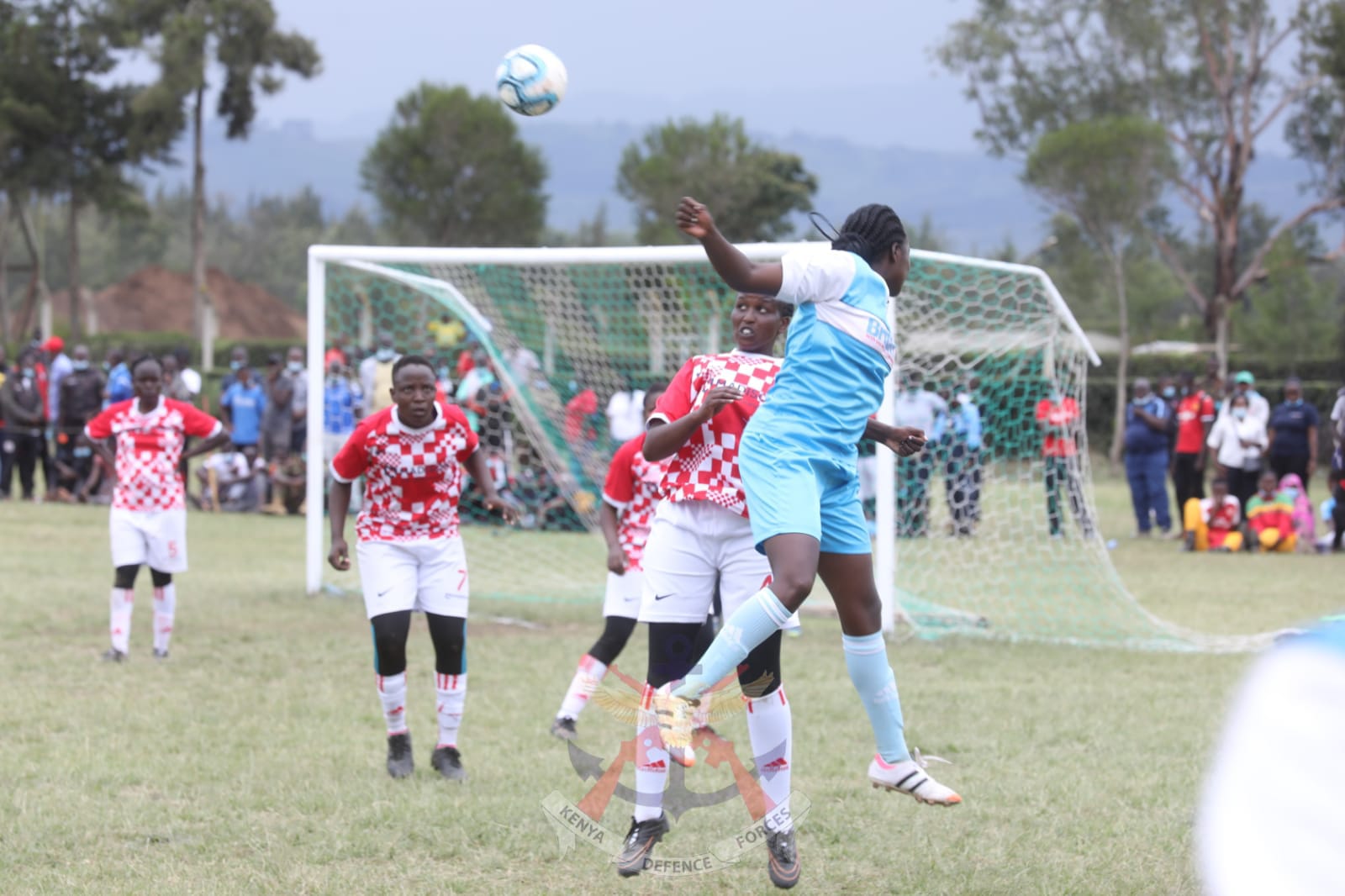 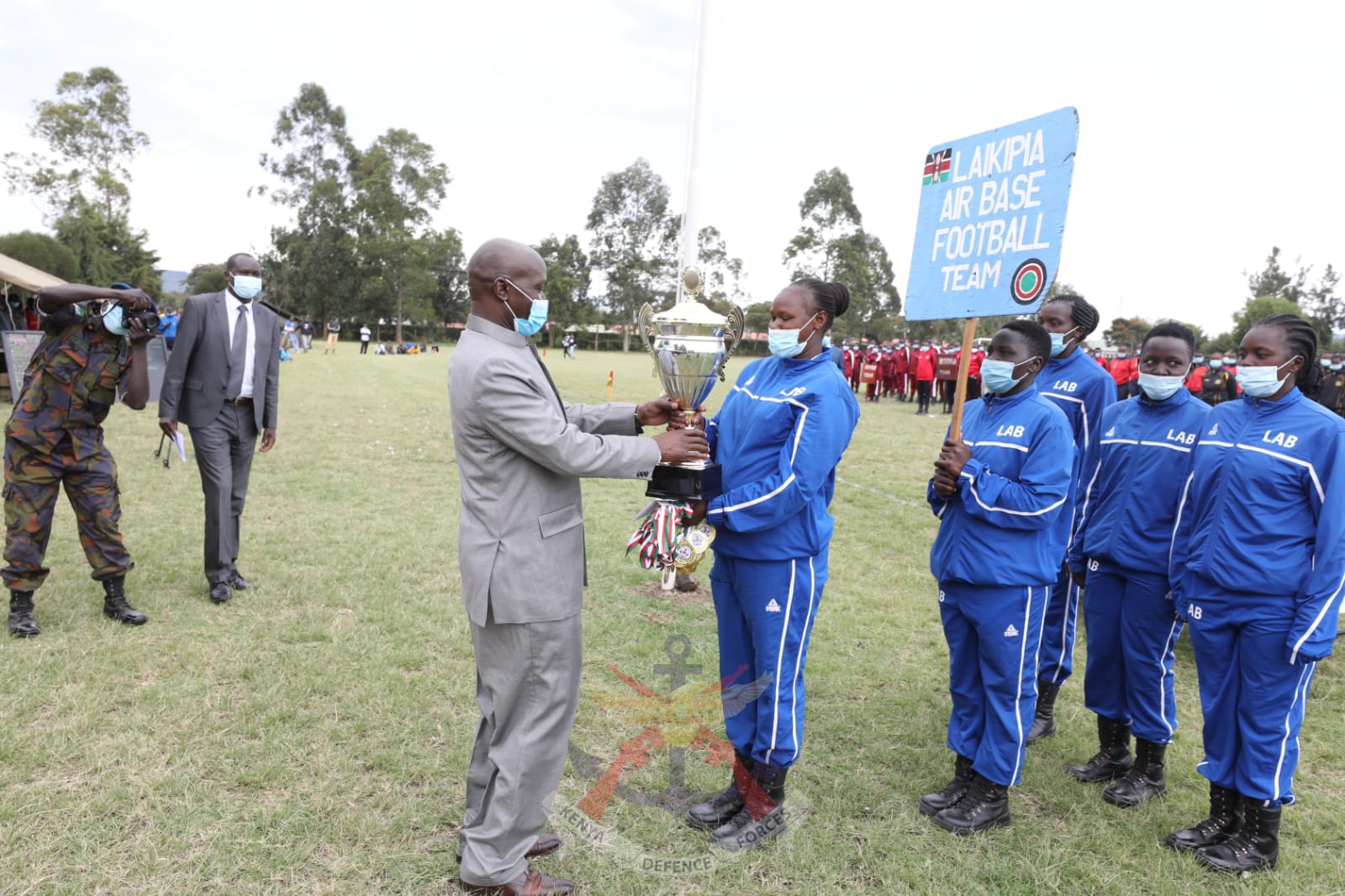