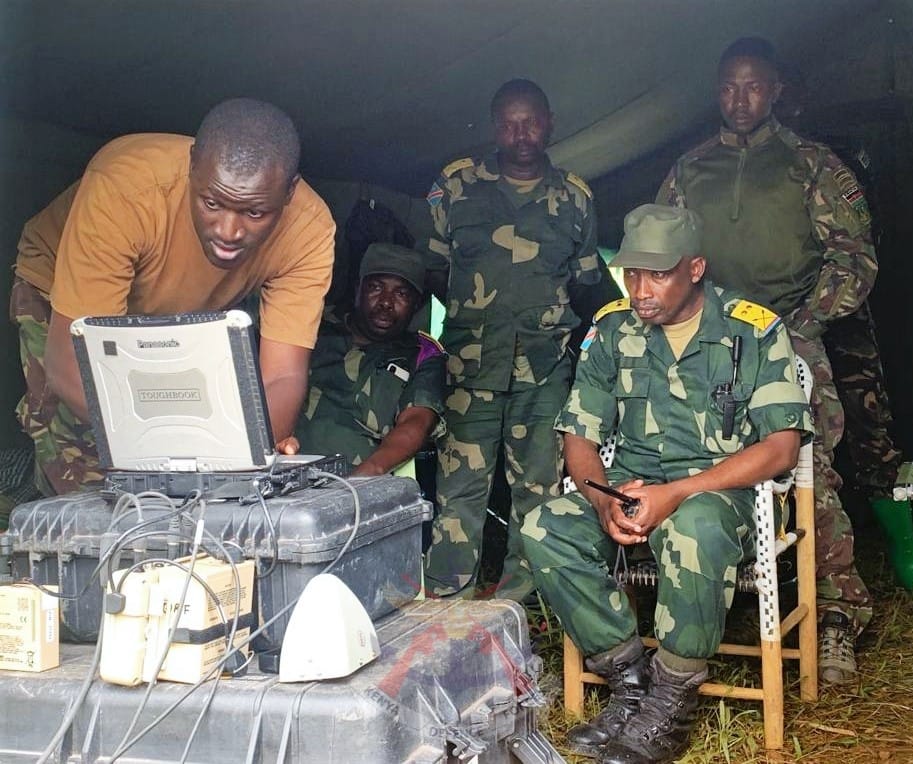 Kenyan troops deployed in Democratic Republic of Congo DRC under the United Nations Stabilization Mission in DRC (MONUSCO) carried out patrol duties in the general area of Mamove village within Beni-Mavivi territory.

The KDF troops in close coordination with the FARDC conducted various patrols within Mamove village and its environs so as to deny the Allied Democratic Forces militias (ADF) the freedom of movement and offer security to the local population.

Speaking during the patrols, the Officer Commanding the Combat Support 2101 Regiment of FRDC Major Hategeka highlighted that ADF activities in the area had led to most of the villagers vacating their homes in fear of attacks.

Notably, periodic patrols by FARDC and Kenya have helped to restore calm within Mamove. During the patrols, the  Kenyan troops also distributed clean water  to the villagers as part of community outreach and had a chance to interact with the locals who appreciated the presence of the Kenyan soldiers working under MONUSCO.

The Chief of Operations Congolese National Army FRDC Colonel Morris and the Chief of Intelligence Colonel Gasto are shown some of the drone footages that were taken during the patrols. On looking is Commanding Officer 2101 combat Support Regiment of FRDC Major Hategeka and Captain Ayisi KN-QRF platoon Commander.

KEN-QRF soldiers together with their host the FRDC patrols at a bridge construction site in Mamove. The bridge is being constructed by MONUSCO. 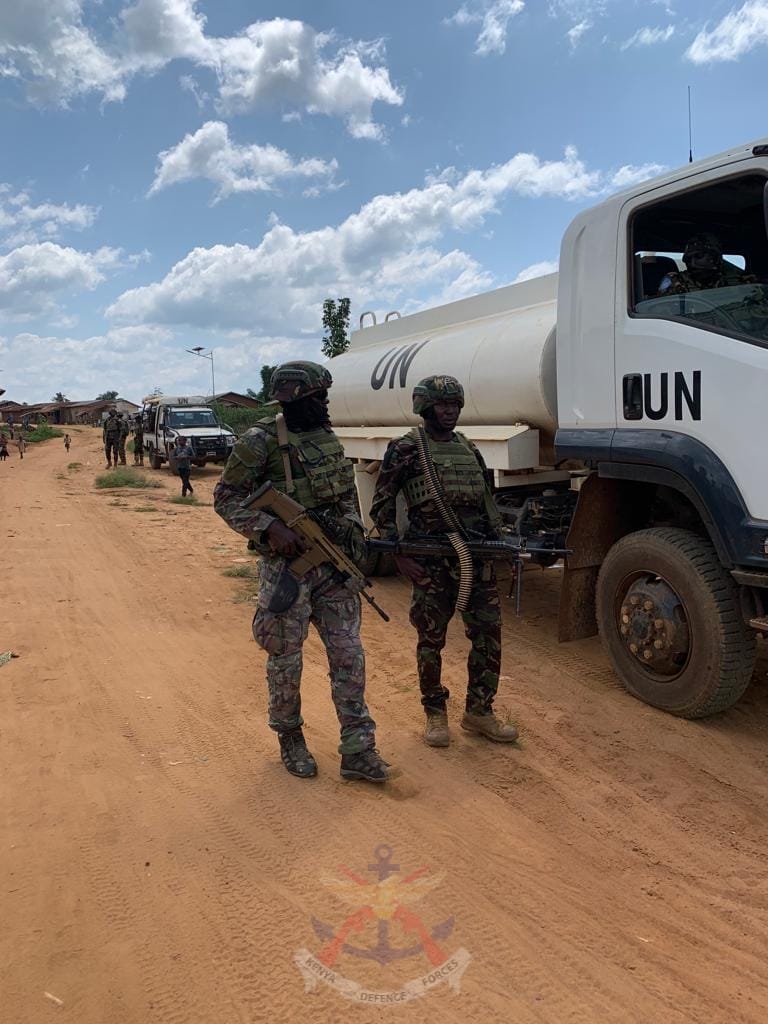 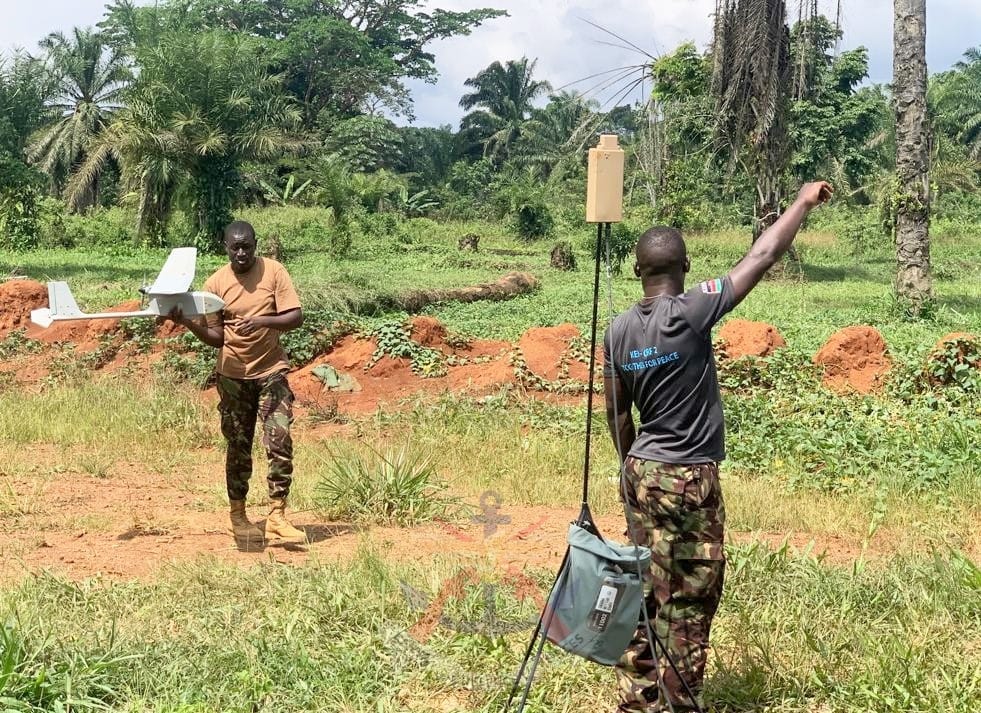 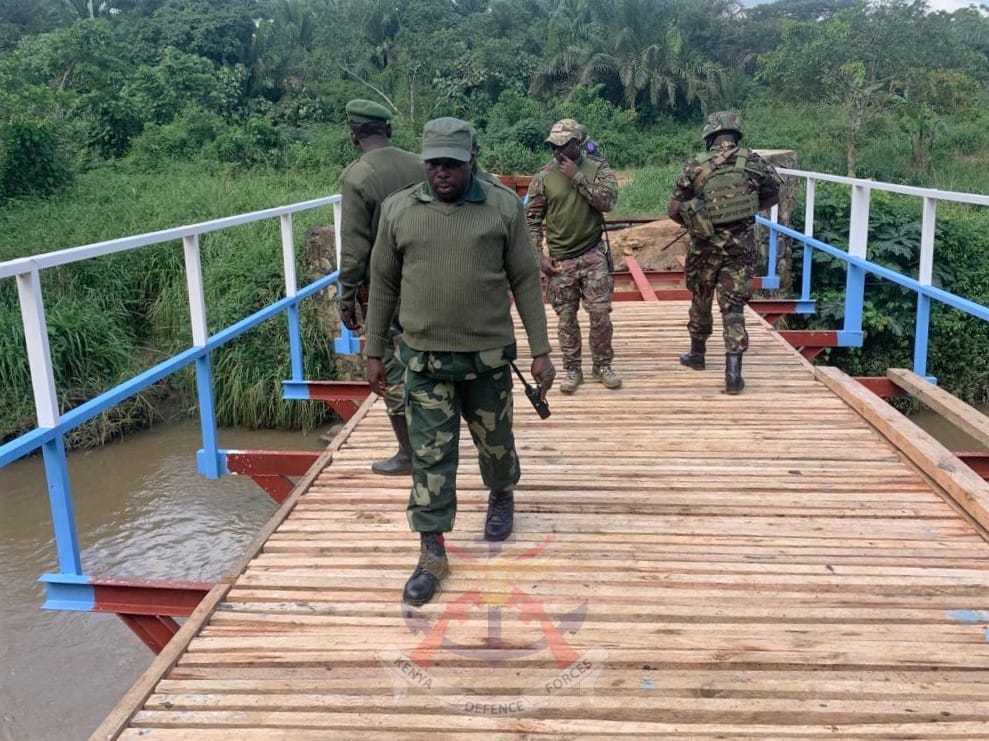 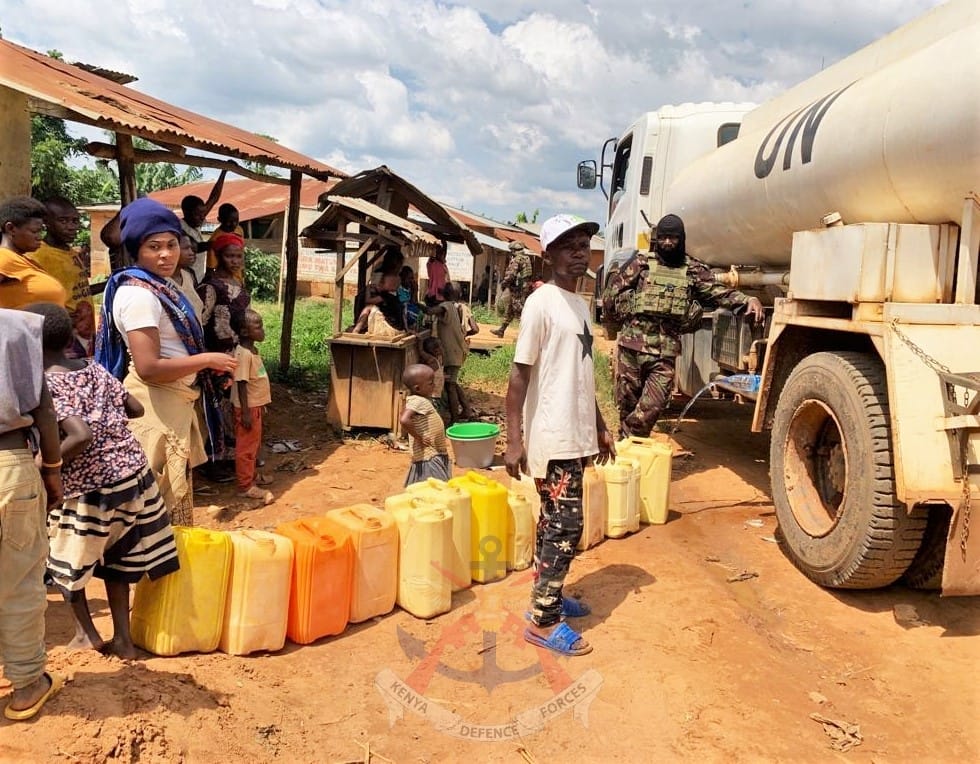