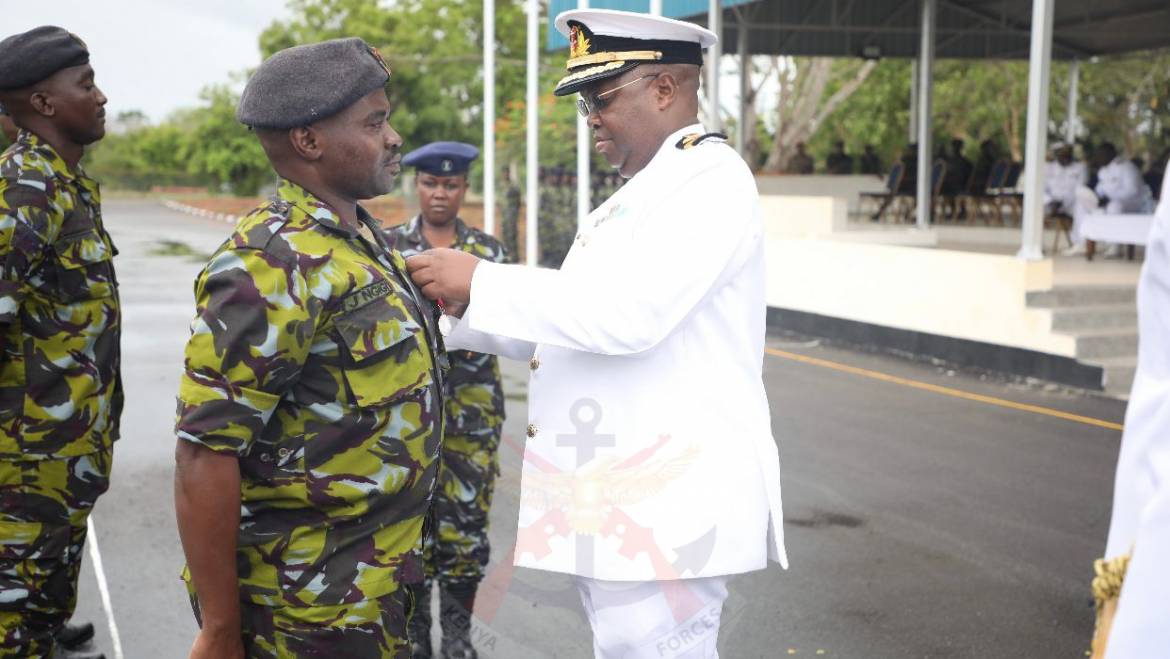 The Kenya Navy Base (KNB) Manda Bay on 5th May 2022, held its first Commanders’ Division.

Commander’s Division is a half-yearly parade or departmental forum held within naval bases and formations during which, the Kenya Navy Service yearly calendar of events is issued to all Navy personnel by the Commander Kenya Navy in a Performance Contract.

The Base Commander, during his address to naval personnel, outlined the annual calender of events to KNB Manda Bay Service personnel and further called on the them to be on high alert to deter threats posed by terrorists.

This is the first time the Commanders Division was held at the base since its inauguration in 1995.

KNB Manda Bay was on 23rd September 2021, presented with Presidential and Regimental Colours by H.E Hon Uhuru Kenyatta, President of the Republic of Kenya and Commander in Chief of the Defence Forces. 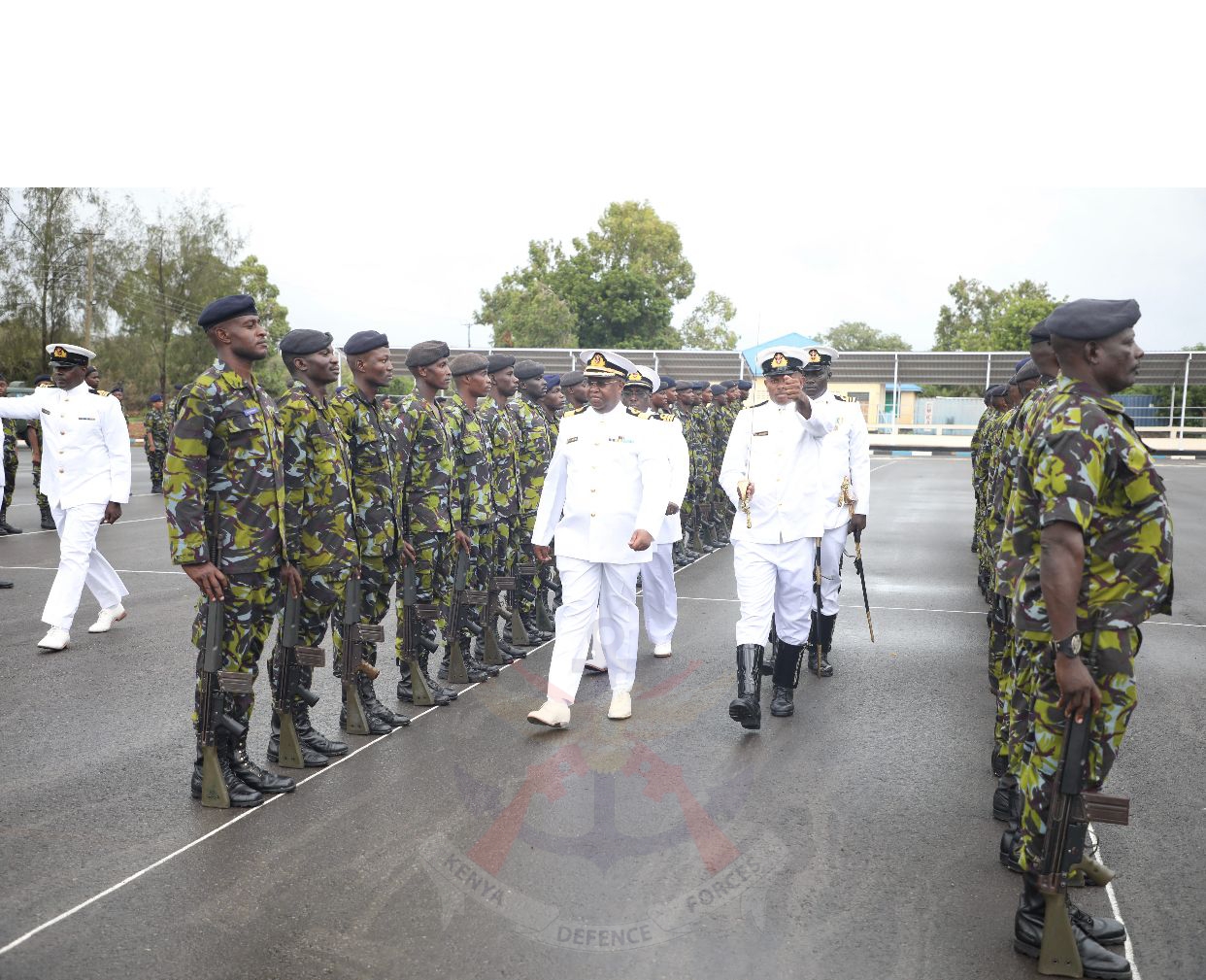 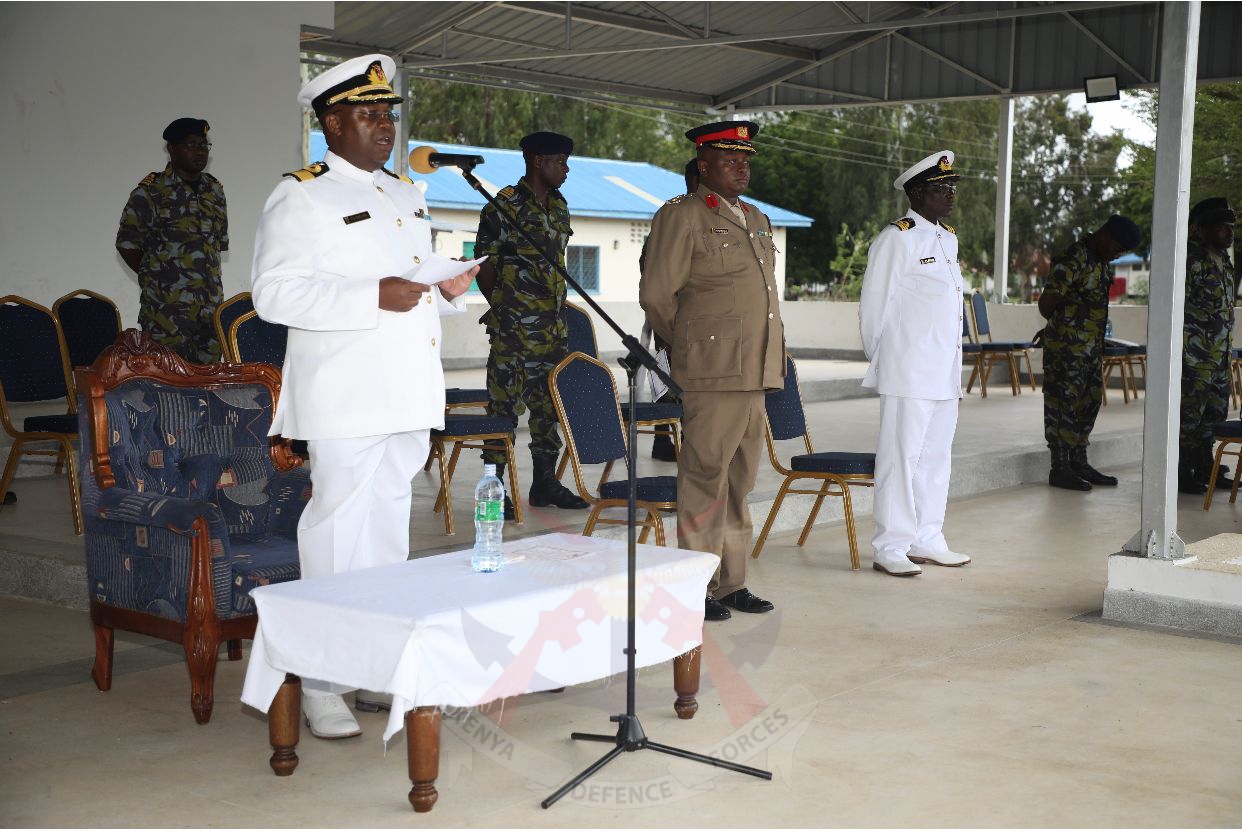 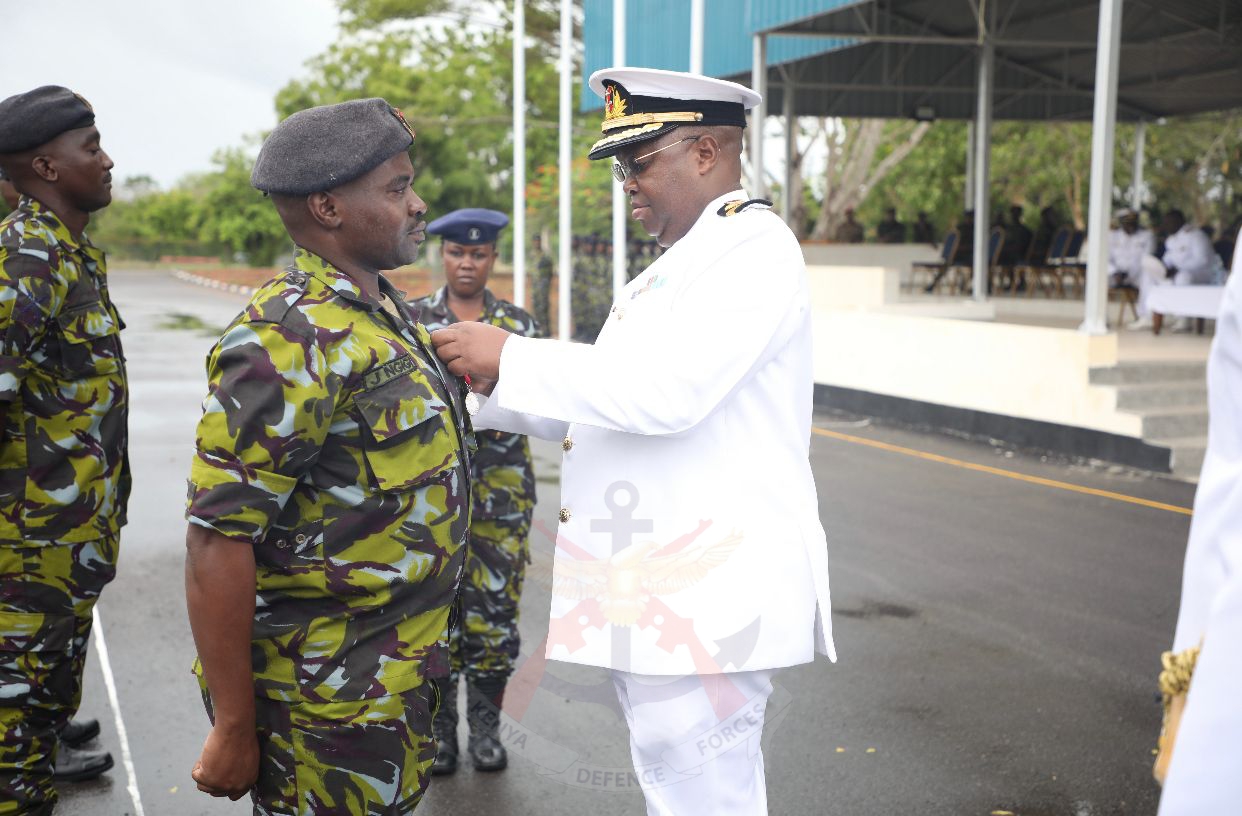 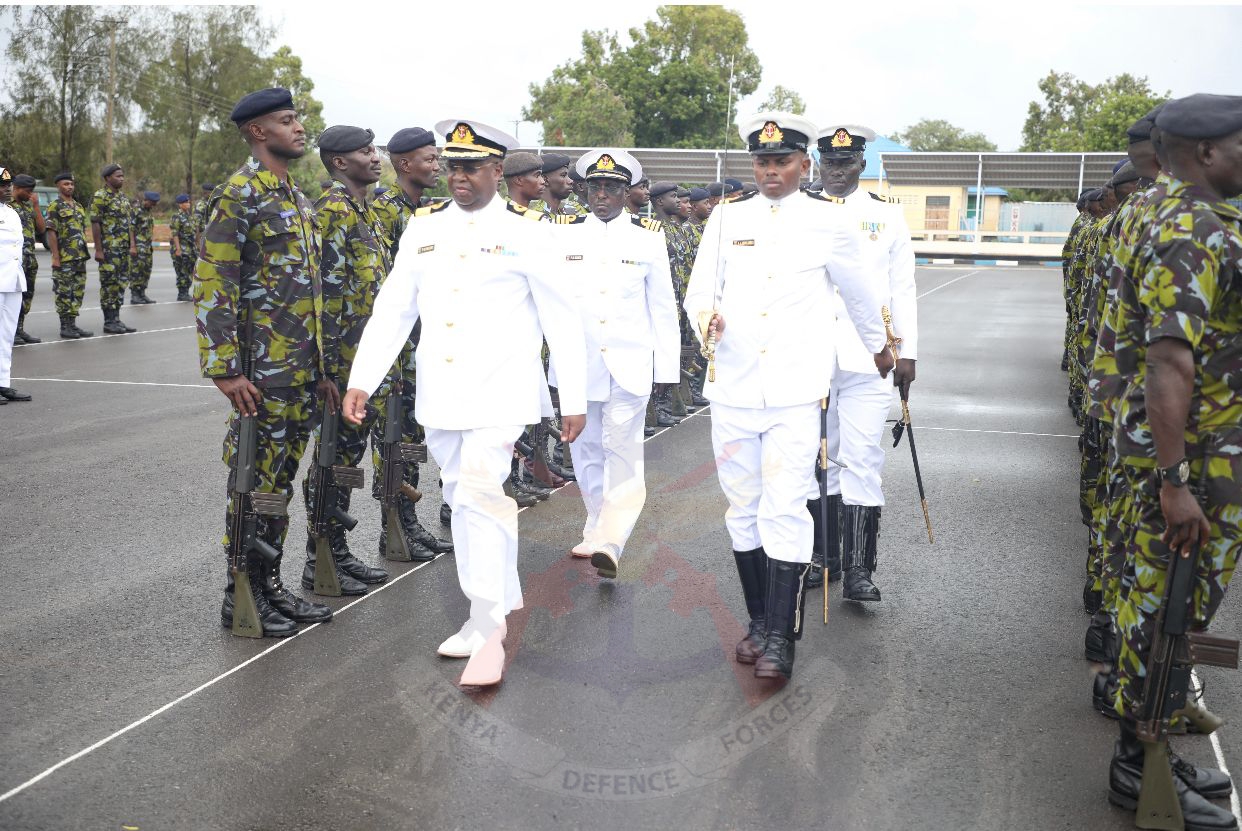 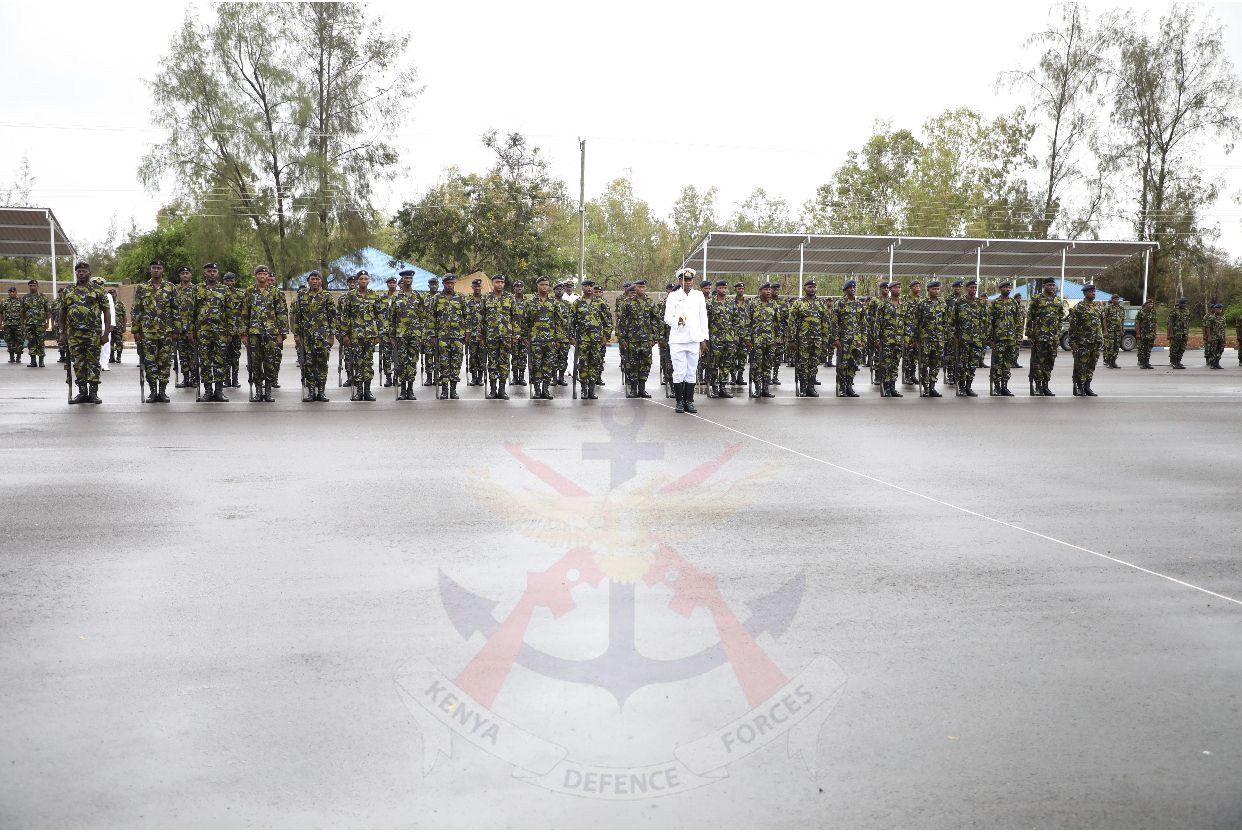