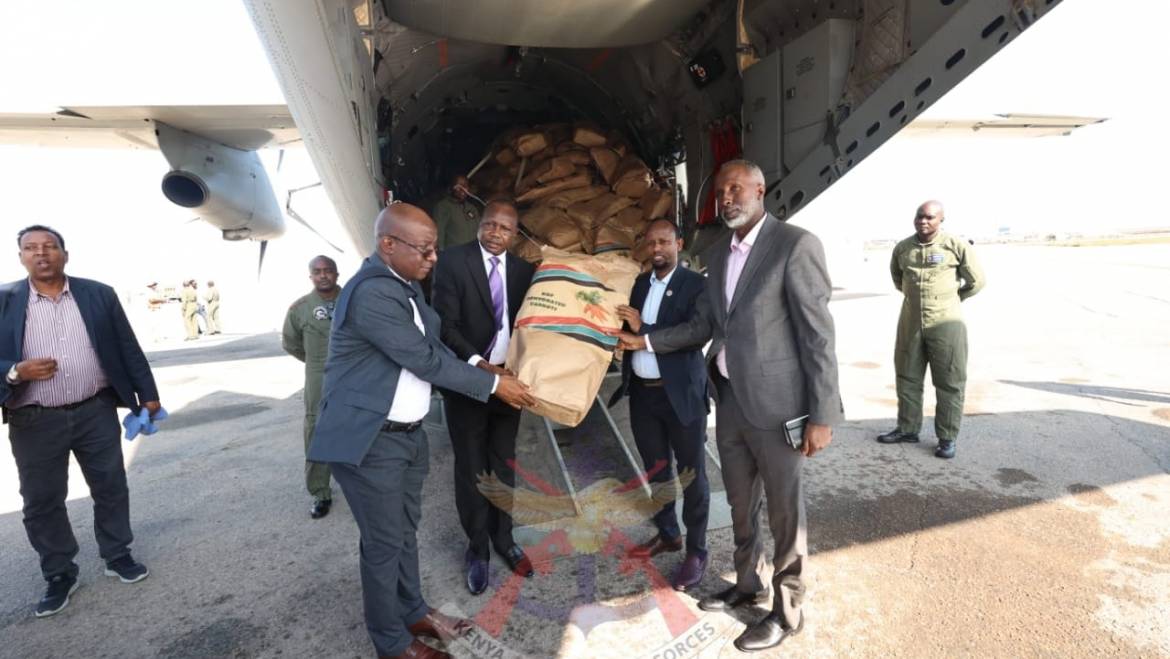 The Kenyan government under the directive of the President and Commander- in-Chief of the Kenya Defence Forces , H.E Dr. William Samoei Ruto,  has today  delivered a  planeload of emergency relief aid to the government of Somalia following  the devastating bombings undertaken by Al Shabaab militia in Central Mogadishu on 29  October 2022 which left 125 people dead and more than 300 others injured.

The consignment which was delivered to Mogadishu on Thursday,  3rd November 2022 by the Kenya Defence Forces  included assorted food items such as corned beef, dry potatoes, onions,  bread, carrots,mixed vegetables from the KDF Food Processing Factory . Also included in the package were various assorted drugs from the KDF Directorate of Medical Services set for redistribution to Somali hospitals attending to the victims of the terror attack.

Speaking in Embakasi  while seeing  off the plane carrying the relief supplies to Mogadishu, the Commandant VIP wing at the Embakasi airport terminal,Colonel Victor Kang’ethe, pointed out that KDF was privileged to be given the opportunity to deliver the relief assistance donated by Kenyans. “We feel the pain that our brothers and sisters in Somalia are feeling and we are greatful to his excellency the President Hon. William Ruto for this initiative which will help alleviate the suffering of our neighbours,” he said.

On his part, Kenya’s Ambassador to the Federal Republic of Somalia  Amb. Thomas Chepkuto  who received the consignment at the Aden Abdulle airport pointed out that terrorism has no boundaries and partnership is key in the fight against it. “We condemn those who carried out the heinous attack and empathise with the families who lost their loved ones. And to those who were injured we wish them quick recovery. We shall continue supporting the Federal Government of Somalia in the war against Al Shabaab militia.”

He further added that the criminals have no moral obligation as they attacked innocent civilians, most of them women, children and the elderly.

Also speaking as they received the relief supplies on behalf of the Federal Government Somalia, were the Minister of Health Dr Alihaji  Adam Abubakar and Minister of Information Daudi Awess. Both thanked the government and the people of Kenya for the humanitarian support, noting that the spirit of brotherhood showcased is immeasurable and will greatly assist in the recovery of the victims of the twin bomb attacks.

“We thank Kenya’s president H.E Hon. William Ruto for responding positively and urgently to the call for assistance by our President HE Hassan Sheikh Mohamud noting that the closeness between the two nations is crucial in pursuit of peace and security in Somalia,” said Daudi Awess. 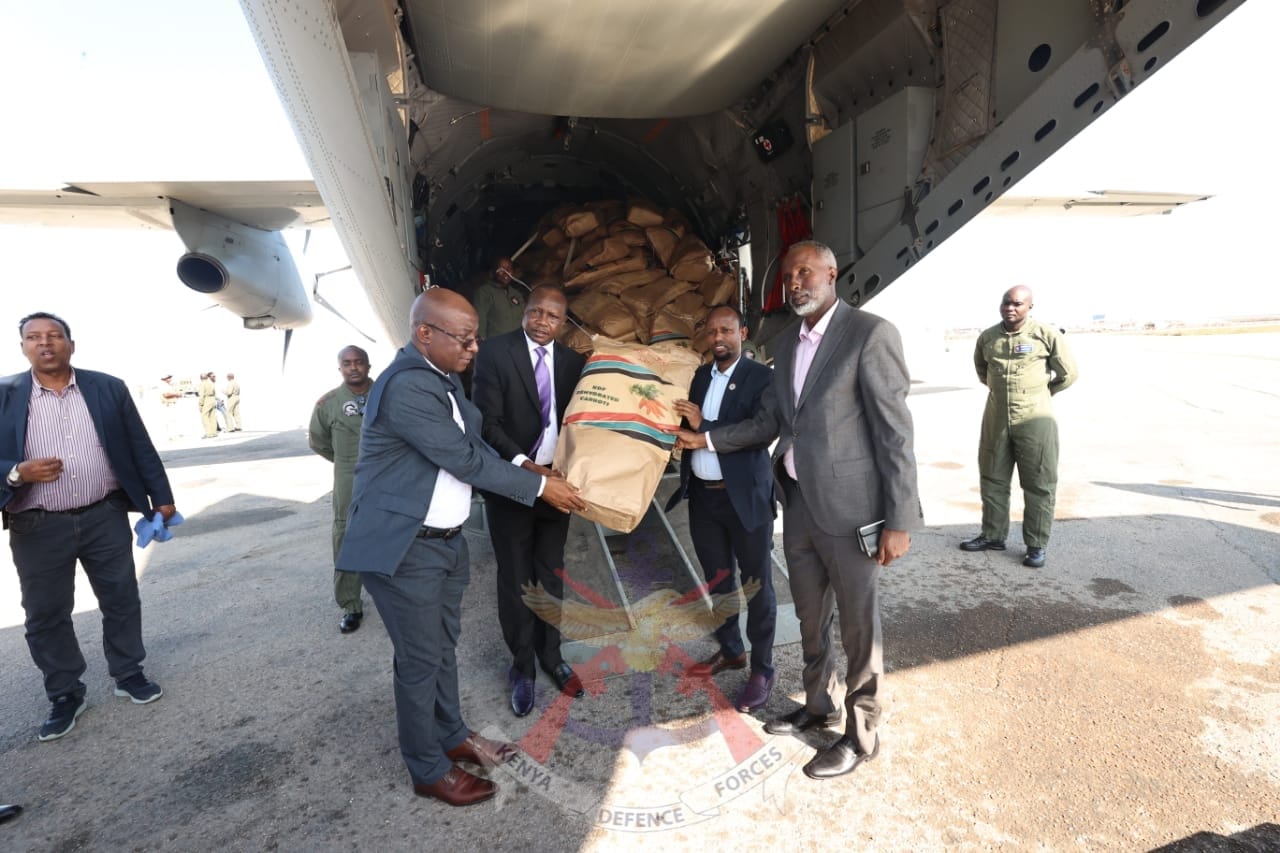 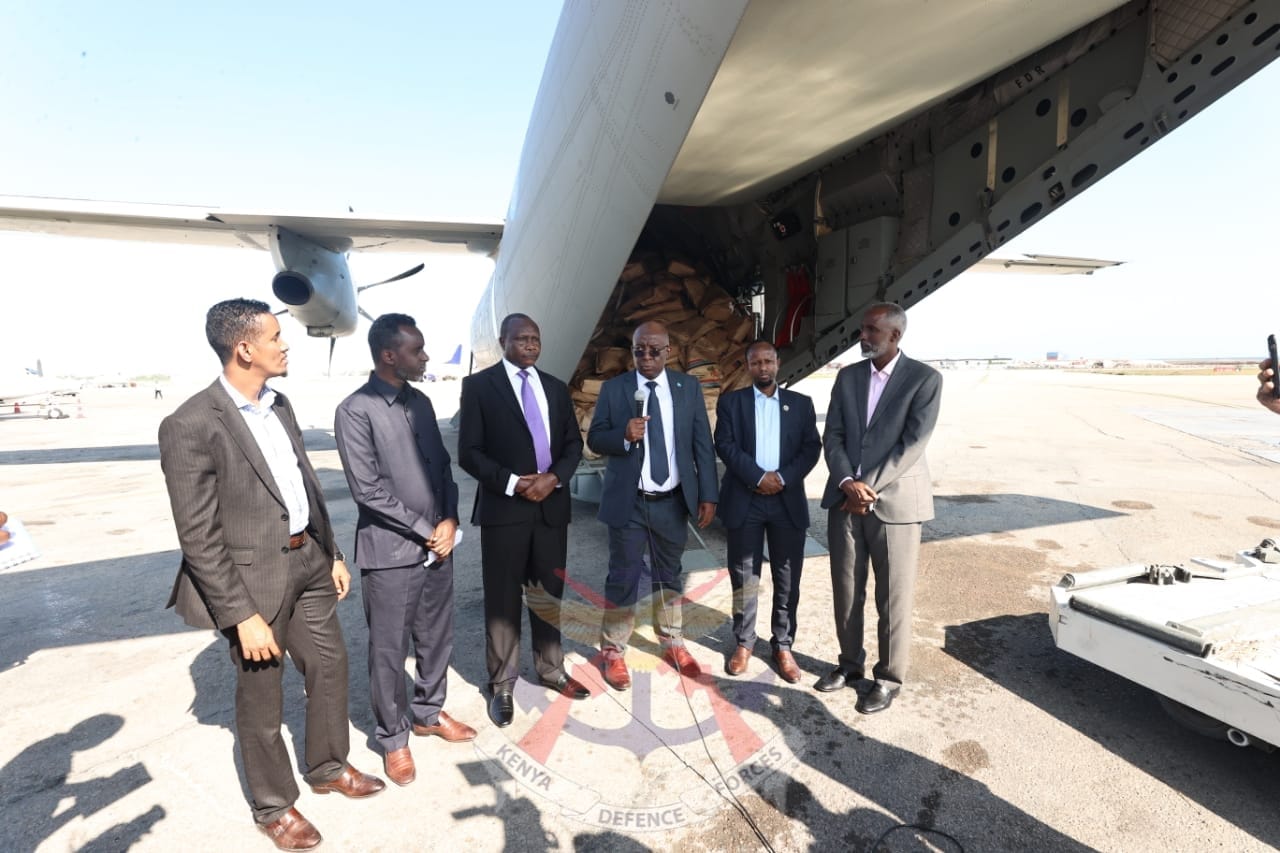 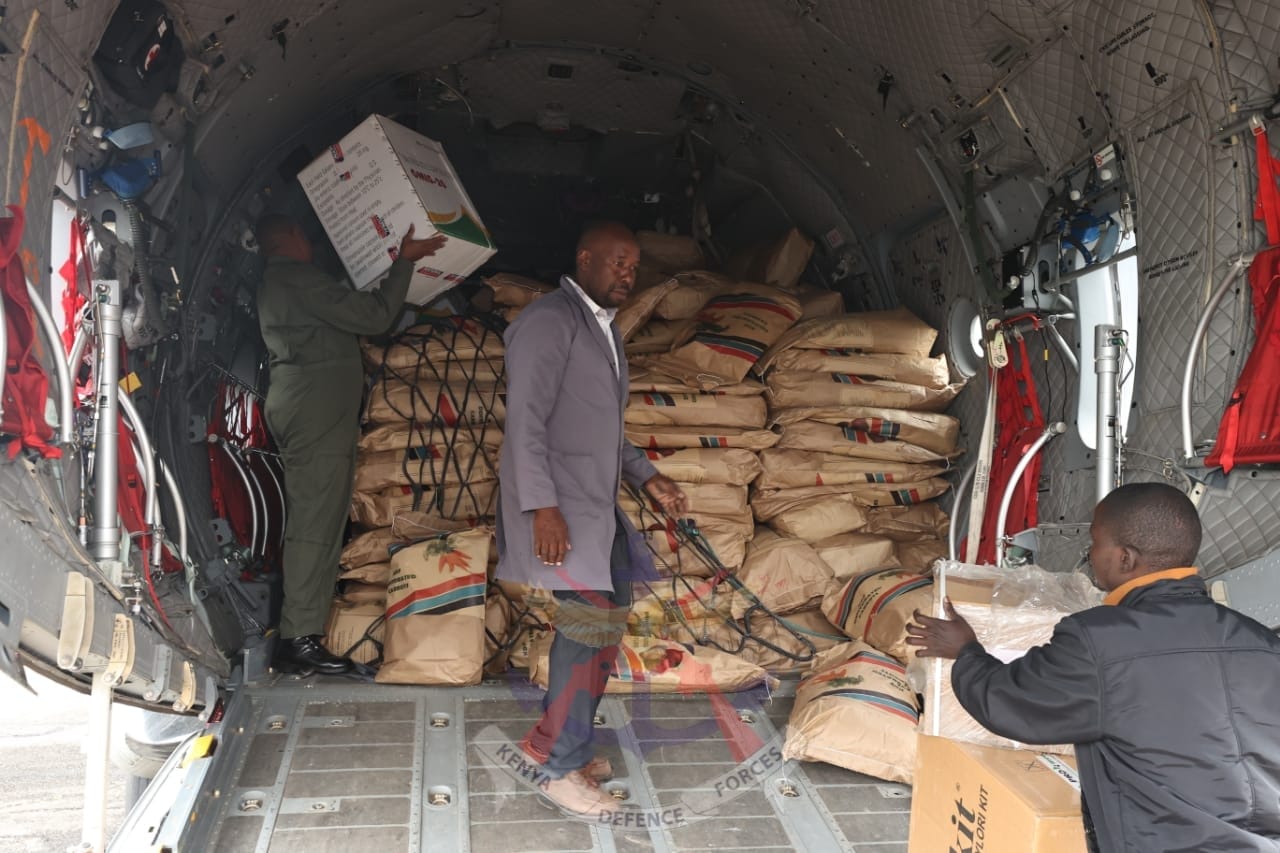 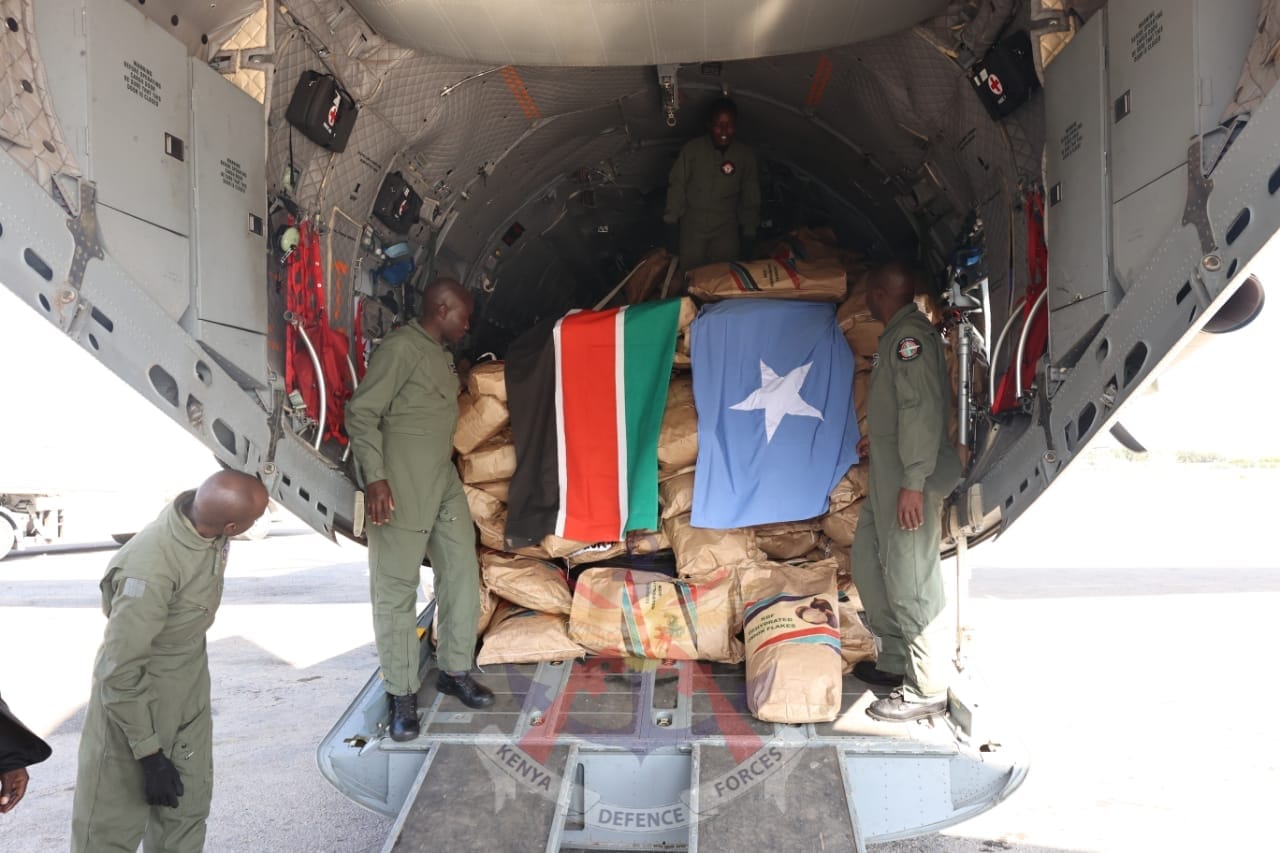 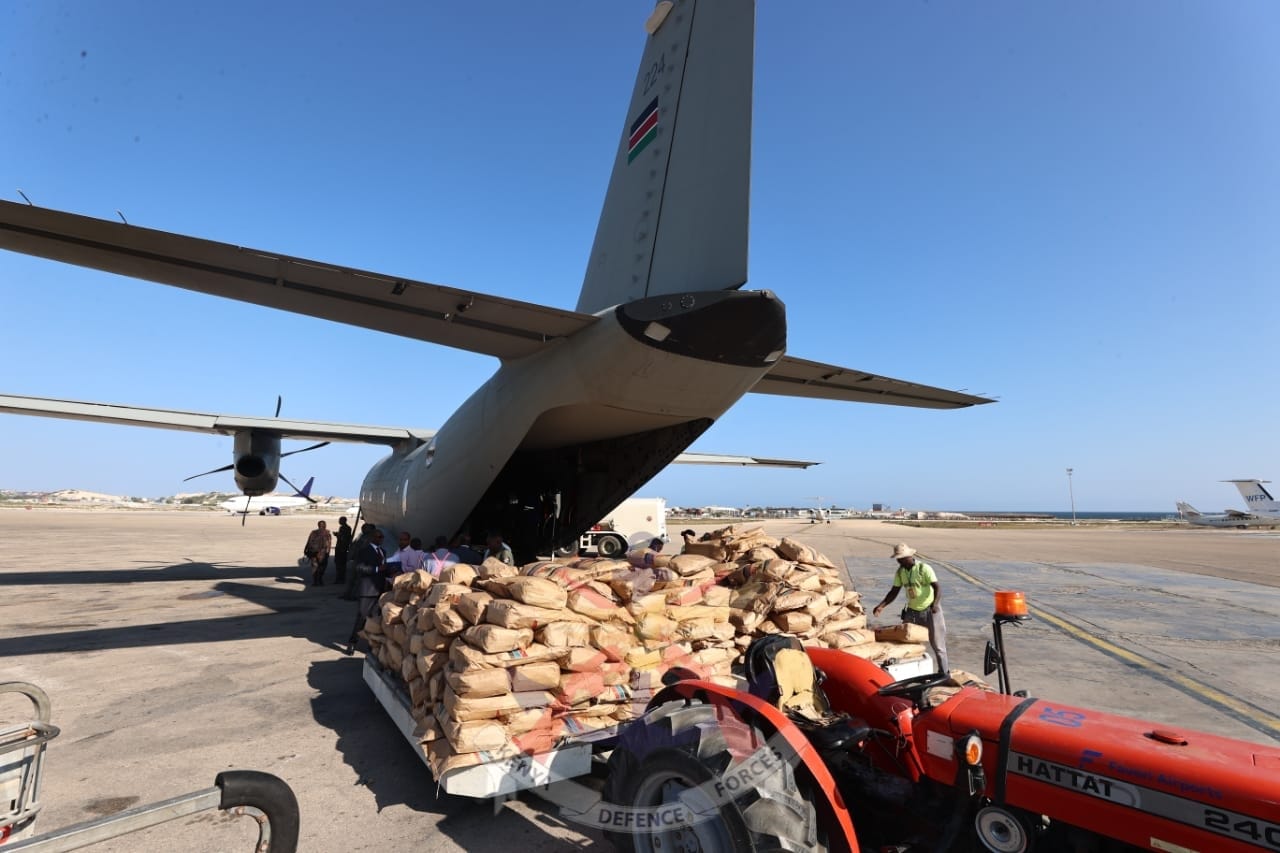