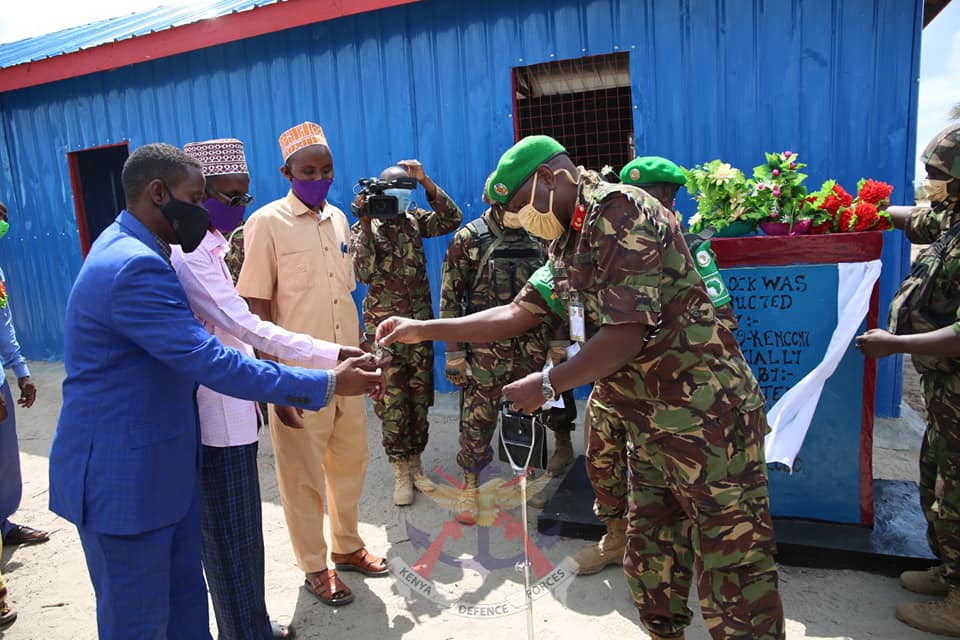 KDF soldiers serving under AMISOM in Hoosingo built and furnished three classrooms with desks and blackboards.
This is in support to the realisation of the Somali Transition Plan (STP).

This is aimed at promoting education which is an integral tool in development and peace building process.

Through education, knowledge is acquired which creates room for better leadership, wise decisions and assured prosperity.

The event was presided over by the AMISOM sector 2 Commander Brigadier P K Njema.

The Sector Commander expressed that the school was a sign of hope, hope for a better future for the children of Hoosingo.

In his remarks, the Commander stated that; ‘Education will attract critical thinkers who add value to systems, economic developers to invest, environmentalists to conserve and improve the national natural endowment and make it favourable for protection of national wealth. In this way it is envisaged that there will be food security, political stability, improved healthcare, social – economic stability and solid patriotism.’ AMISOM sector 2 Commander Brigadier P K Njema.