JOINT EFFORTS TOWARDS ENVIRONMENTAL SECURITY IN ISIOLO AND MERU COUNTIES 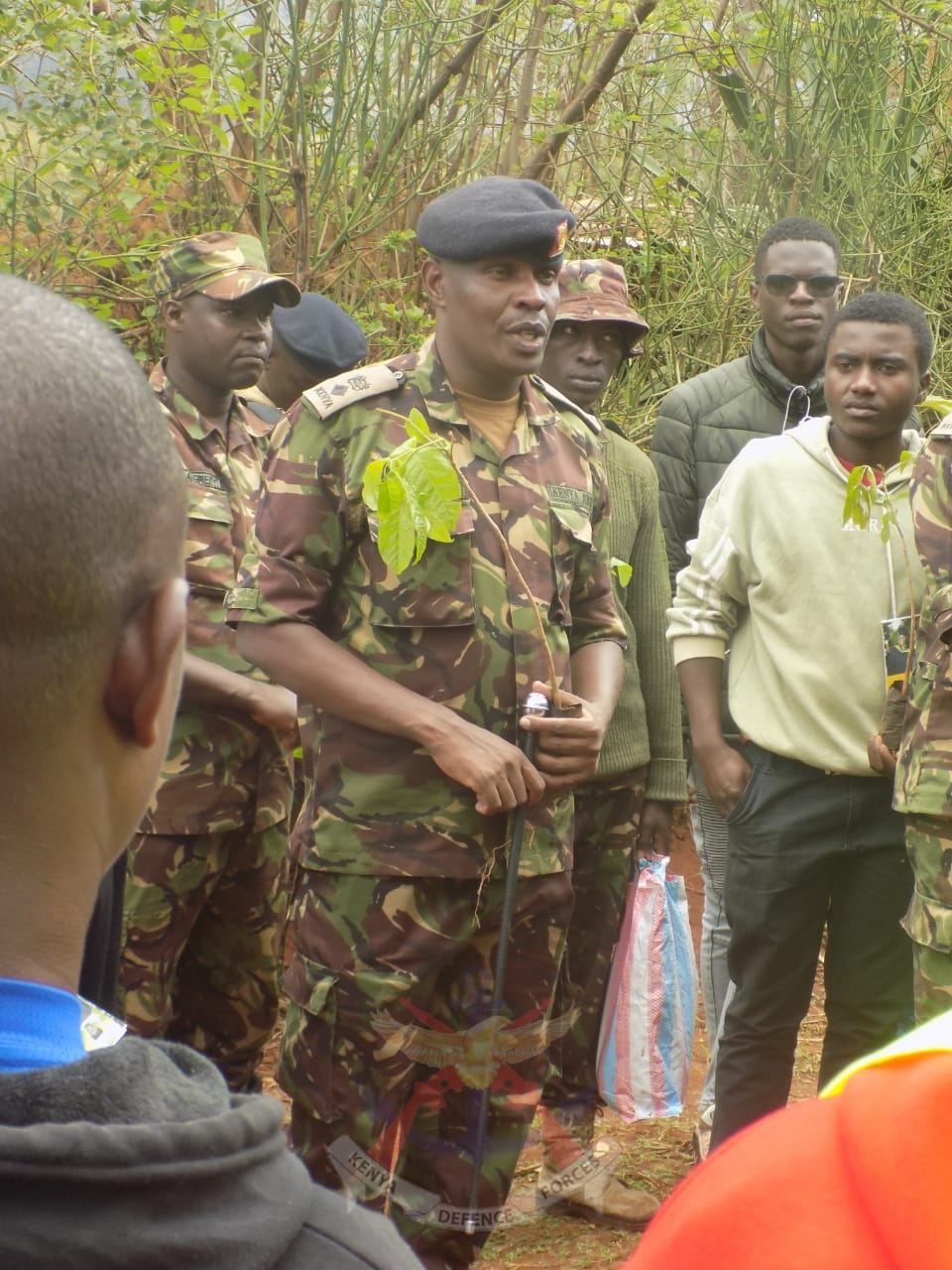 Kenya Defence Forces (KDF) personnel drawn from the Isiolo Barracks were on Wednesday 16 November 2022 joined by other stakeholders in planting 7,000 tree seedlings in Isiolo and Meru Counties.

The tree planting exercise was carried out at Isiolo Barracks as well as at Kuani Hills in Muriri Sub-County in Meru.

The KDF personnel drawn from Kenya Army Armoured Corps and Isiolo Regional Hospital were joined by personnel from the Kenya Forest Service, County Commissioner’s Office, Meru University as well as some financial institutions.

The tree planting exercise, which targets planting of a million seedlings, is in compliance with the Climate Change Act, 2016, which directs Ministries, Departments and Agencies to establish Climate Change Units to help in implementing measures and policies geared towards mitigating the effect of climate change. 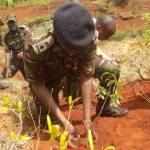 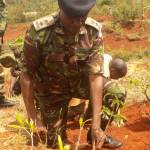 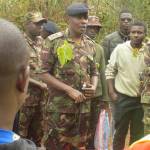 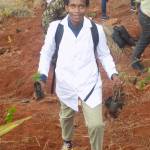 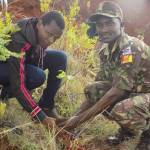 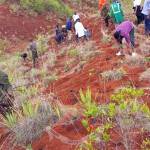 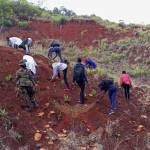