ITS TIME WE WALK FAR TOGETHER 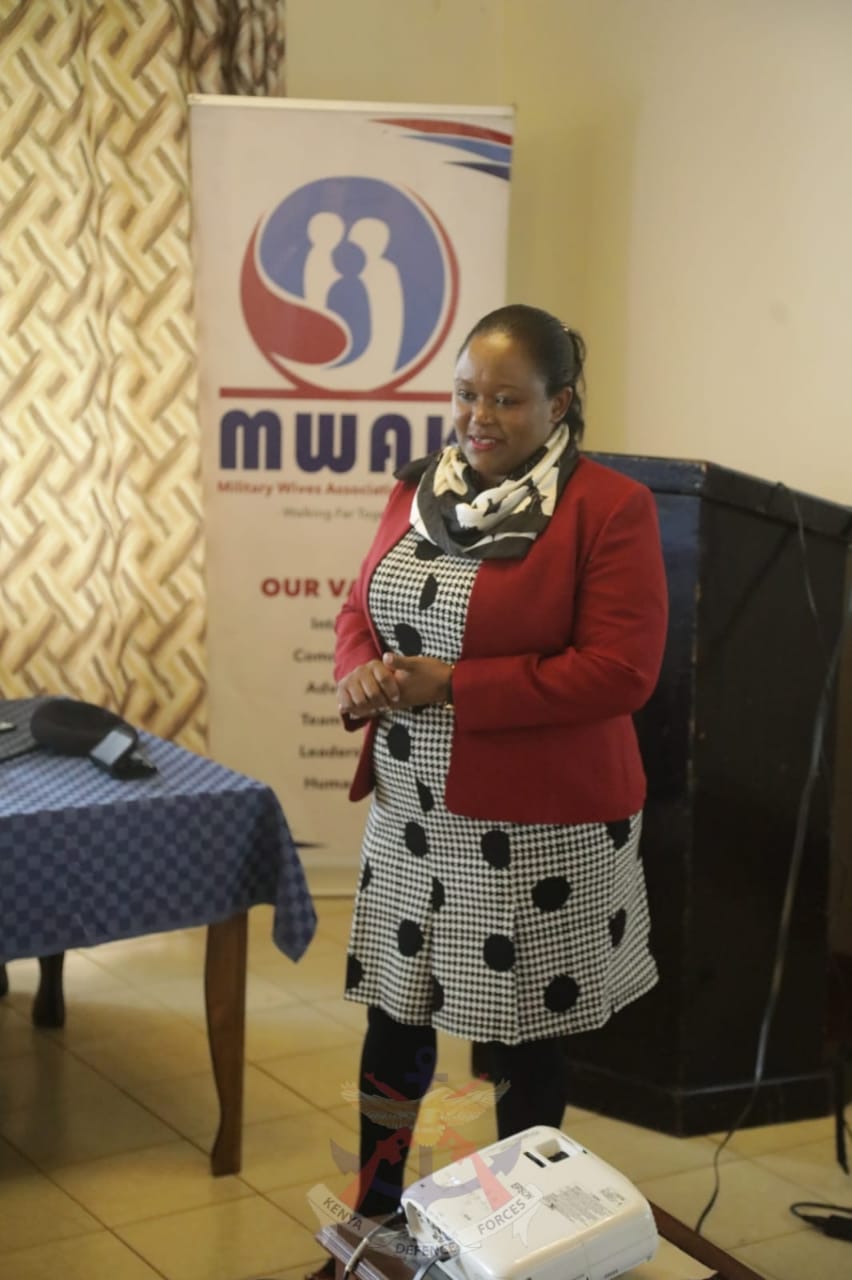 The teams toured Langata and Thika Garrisons to sensitize the leaders of Formations, Units, and establishments and at the same time collect their views ahead of implementation of the plans to open membership of MWAK across all ranks.

The team was led by their Chair, Mrs Tabitha Kibochi who said the Association intends to leave a mark in military families by improving their welfare and wellbeing; for the serving, retired, widowed and orphaned families.

She elaborated the various programmes MWAK is undertaking to enhance service delivery and making military facilities and institutions centres of excellence.

The Chair said it has taken some time to bring everybody on board saying they were laying the grounds and developing the structures. She said the reason for bringing everyone on board is to pool together various expertise and skills for them to achieve their goals as captured in their five-year strategic plan.
“Just like a house is built brick by brick, so is this Association. We started by laying down the structures and formulating the path we would want to follow so that when we bring everyone on board, they may know what we are up to as an Association,” said Mrs Kibochi.

She thanked the leadership of the Kenya Defence Forces (KDF) for the warm reception saying it has catalyzed the steady growth and enabled them achieve various milestones in a very short time.
“We are family-centric, the same way the KDF leadership is soldier-centric. Our objective is to see strong families since its only then that a soldier will perform better in his line of duty.”
“I extend my sincere appreciations to even leadership of various Bases, Units, and establishments for opening their doors wide and allowing the soldiers under them to come and familiarize themselves with our programmes,” the MWAK Chair said.

Mrs Grace Amogola, a member of the Association elaborated the thematic pillars of the Association which they intend to focus under their mantra of ‘Walking Far Together.’ The pillars include; health, education, housing, mentorship, recreation and wellbeing, veteran affairs, financial sustainability, partnerships and collaborations, among others.
“Strong and cohesive families are likely to contribute to the sharpening of the arrowhead. When we come together from diverse fields, we are going to create a huge human resource pool that shall help solve our problems from within and we therefore urge you to help us bring everyone aboard,” said Mrs Amogola.

Commander Langata Garrison , Brigadier Issacko Jaldesa, hailed the Association for playing a supportive role to the families when the troops are on the frontline defending and protecting their motherland.
“When our soldiers are focused to deliver on their core mandate, MWAK acts as the eye that watches over these families and we are absolutely grateful for the support they’ve continued to give. They have empowered our spouses.” said the Commander.

His sentiments were echoed by Commander Thika Garisson, Brigadier Said Galgalo, who said they have witnessed tremendous impact in handling the welfare of the soldiers adding that learning institutions within the KDF has benefitted heavily under MWAK.

The team has now toured Nairobi, Coast and Thika regions with Eldoret, Nakuru and Isiolo regions set to host the Association in coming days. 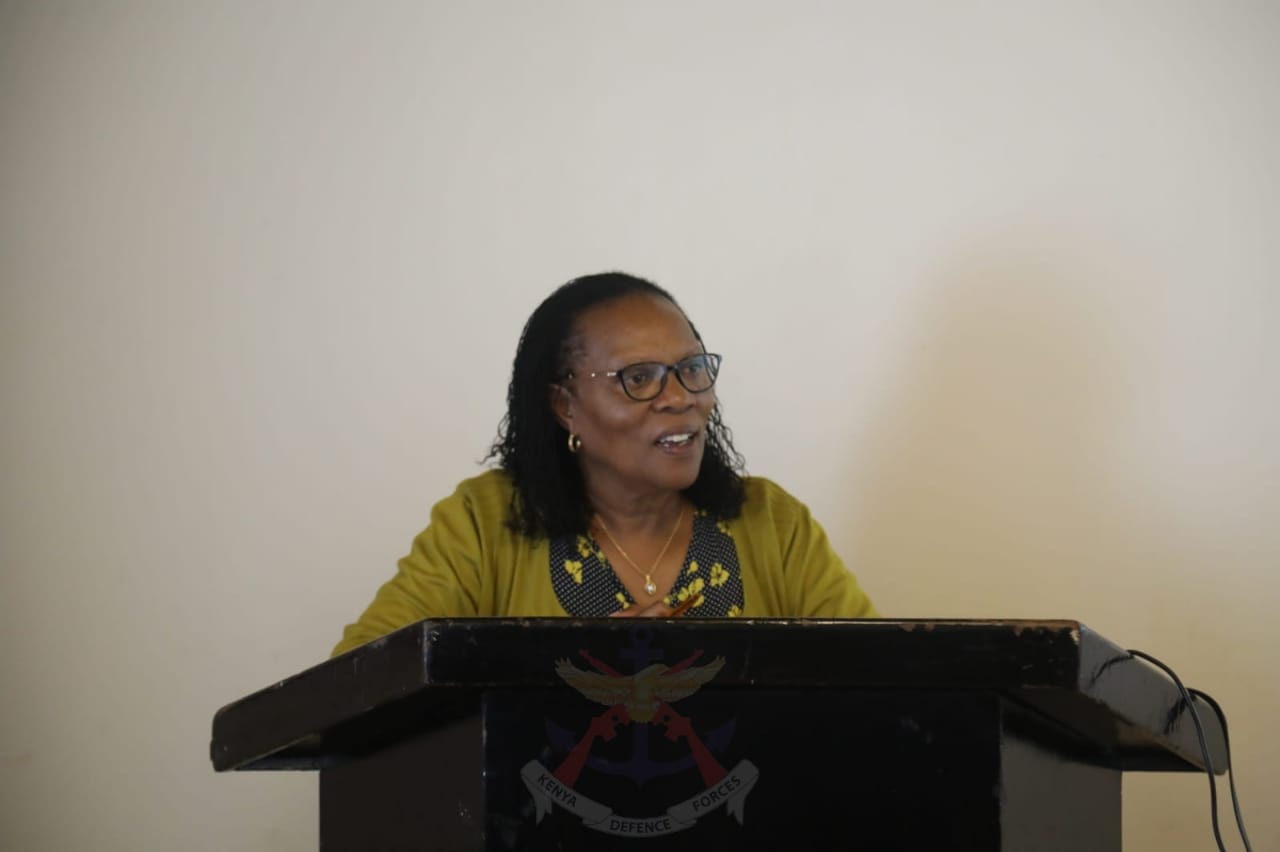 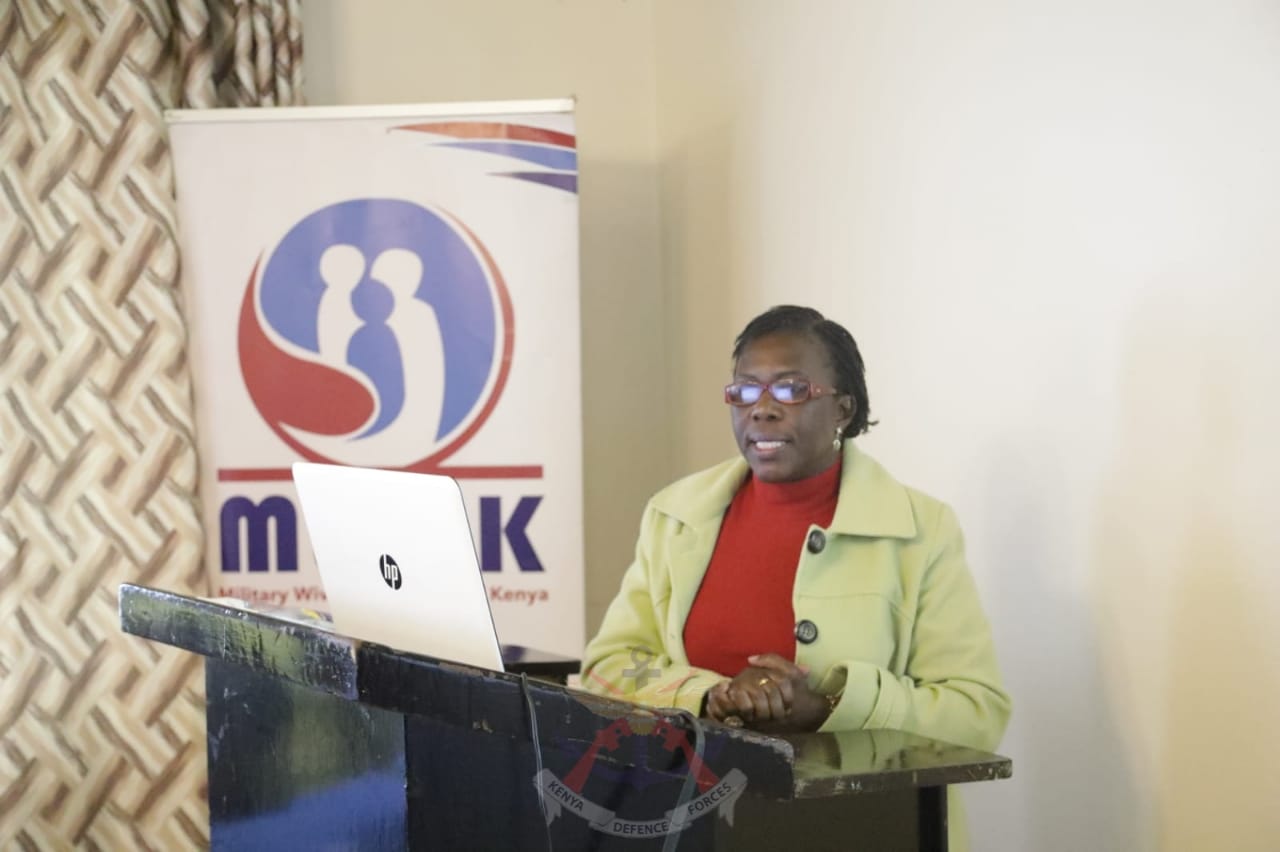 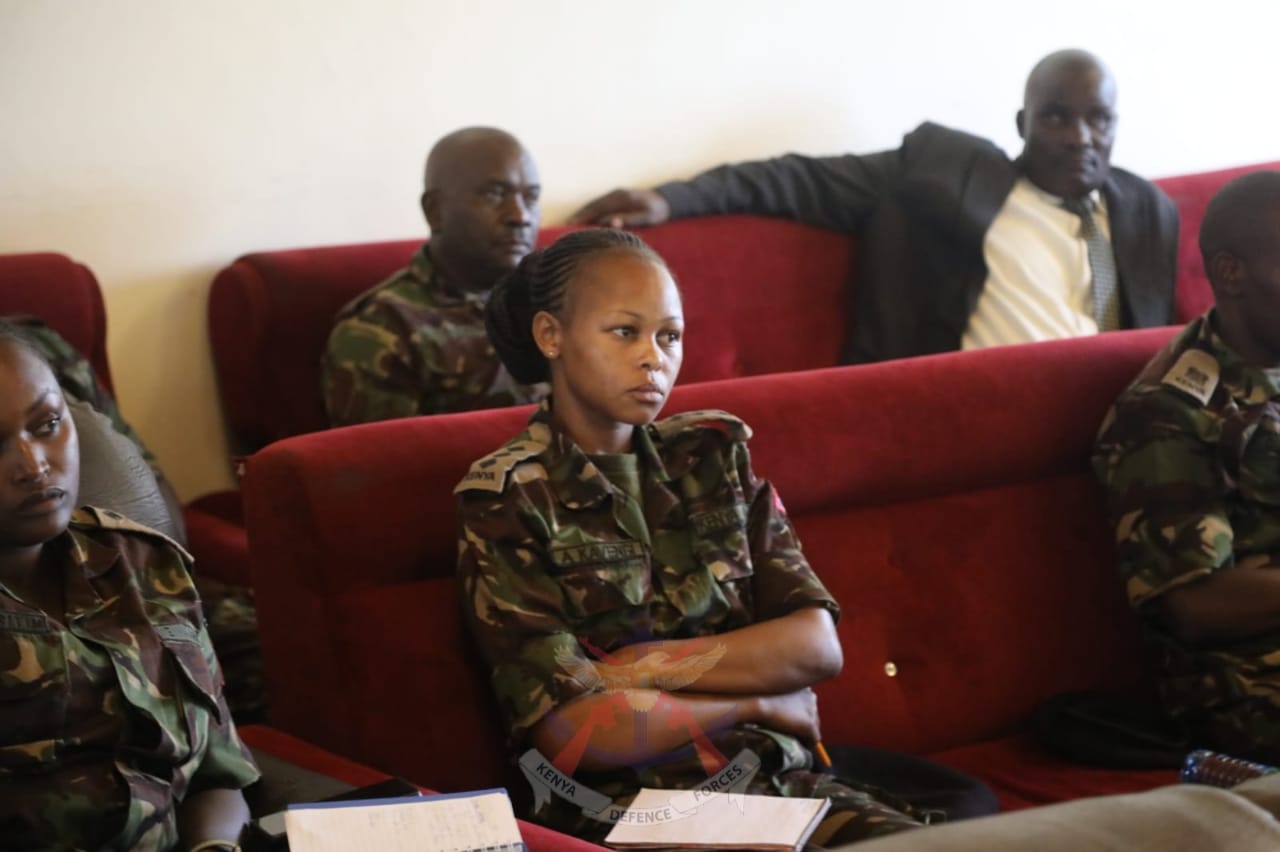 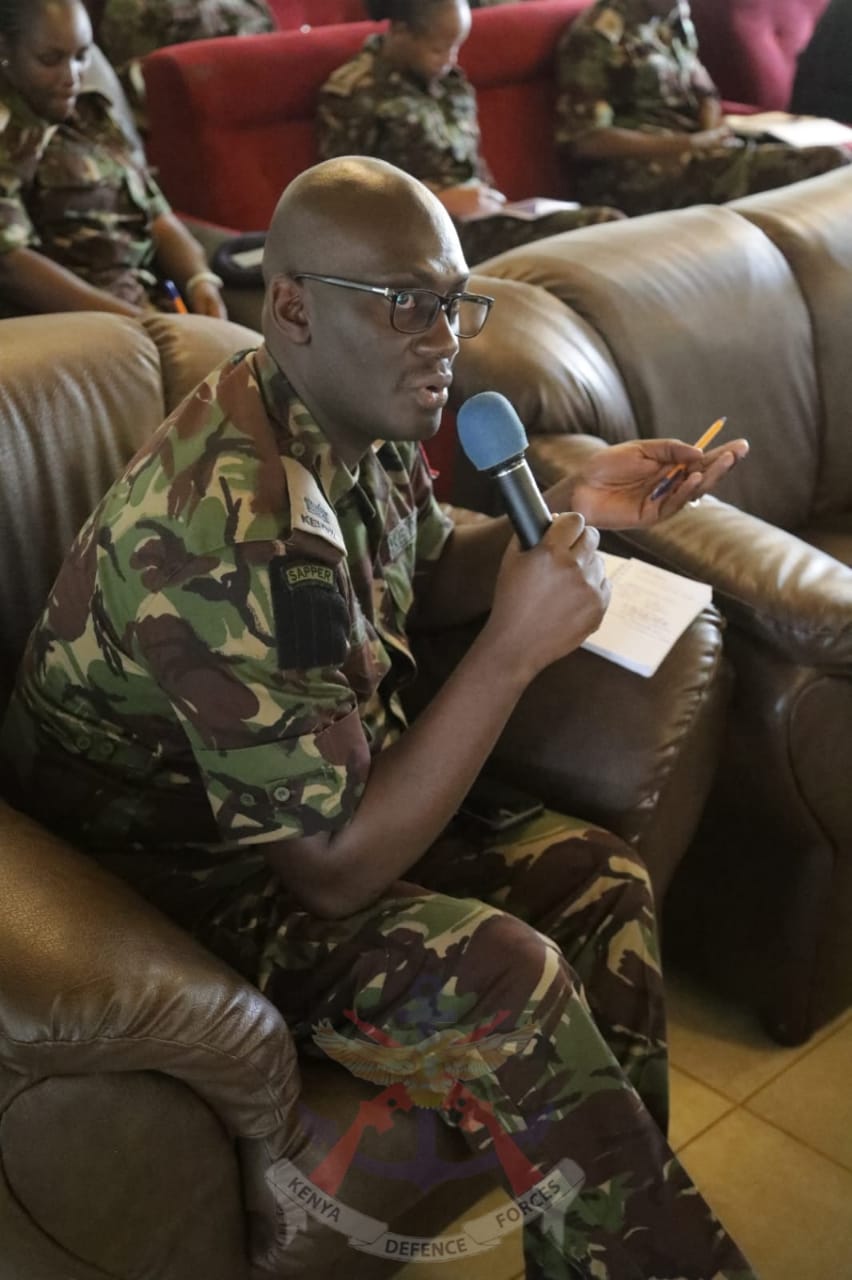 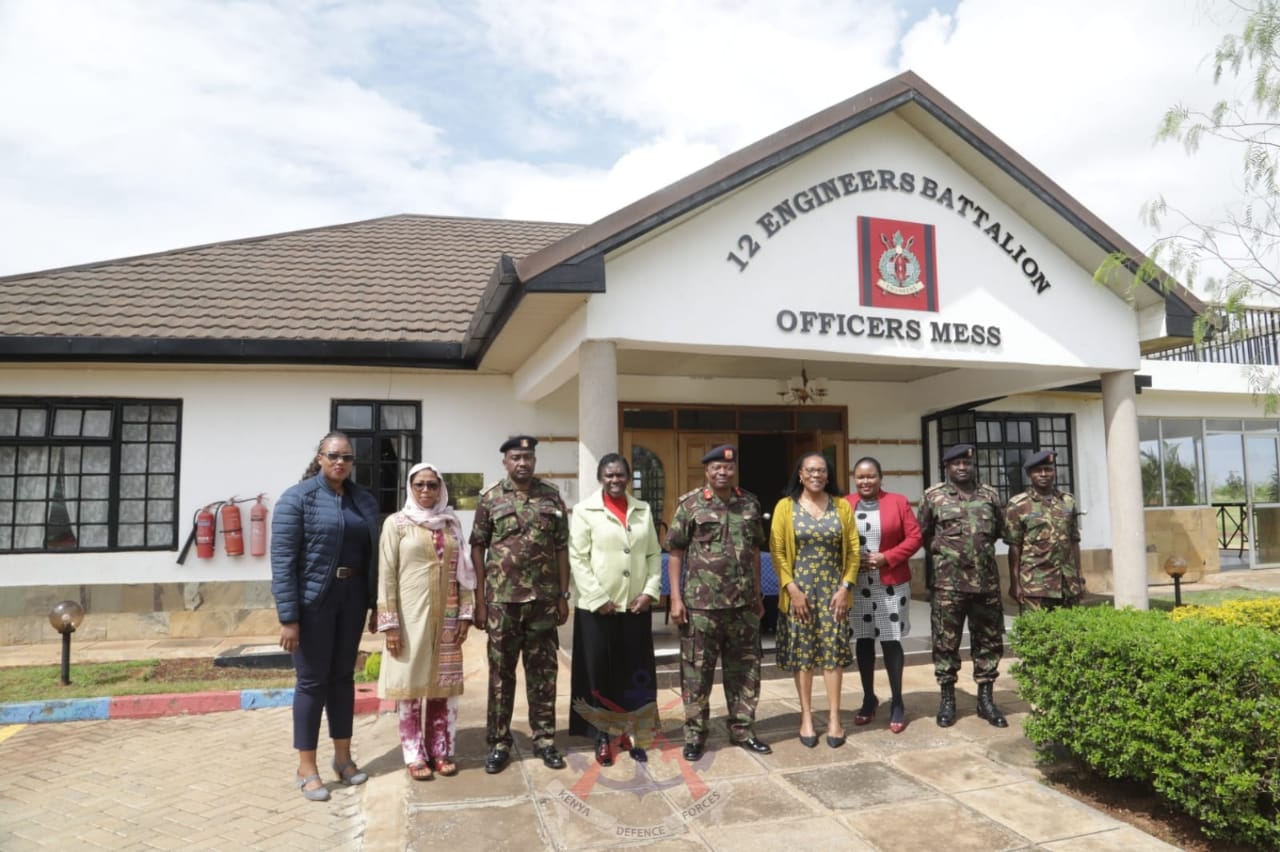 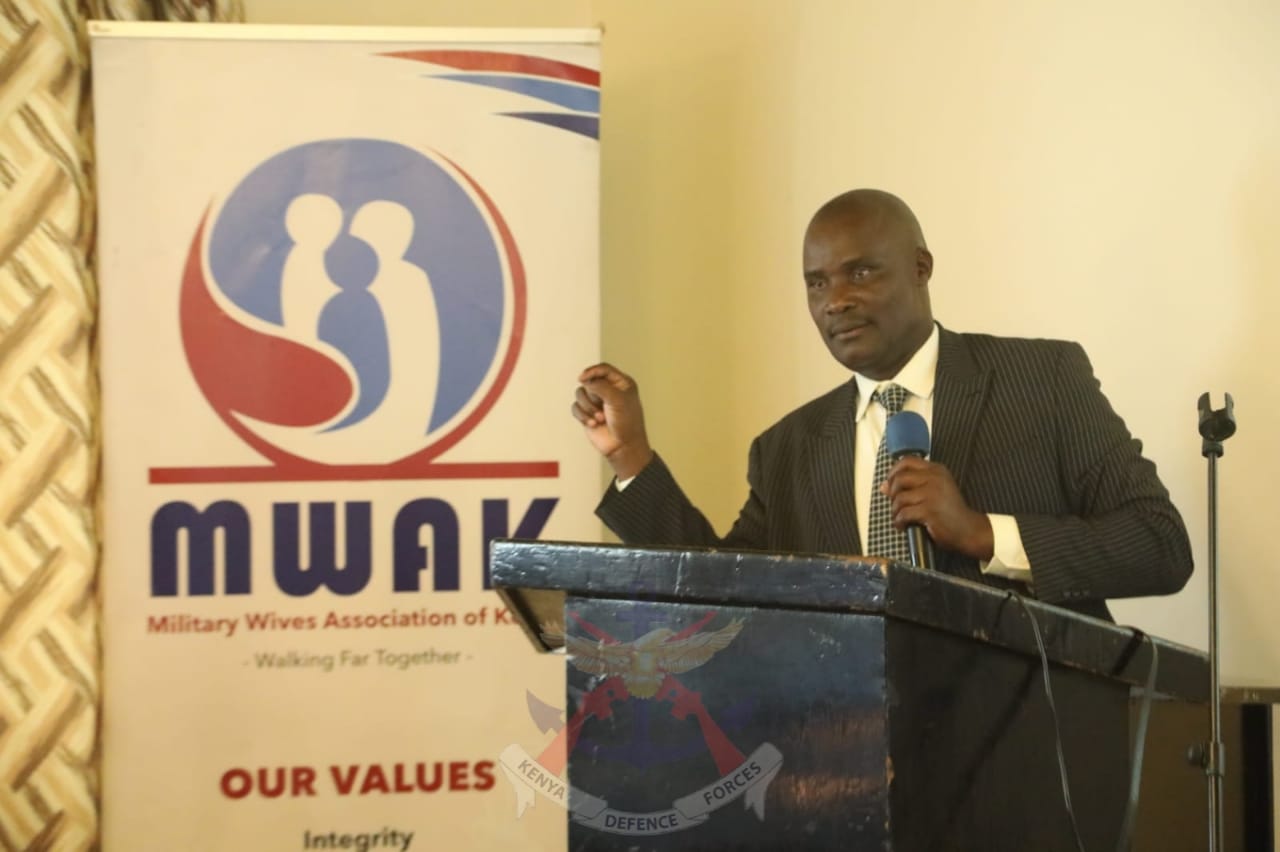