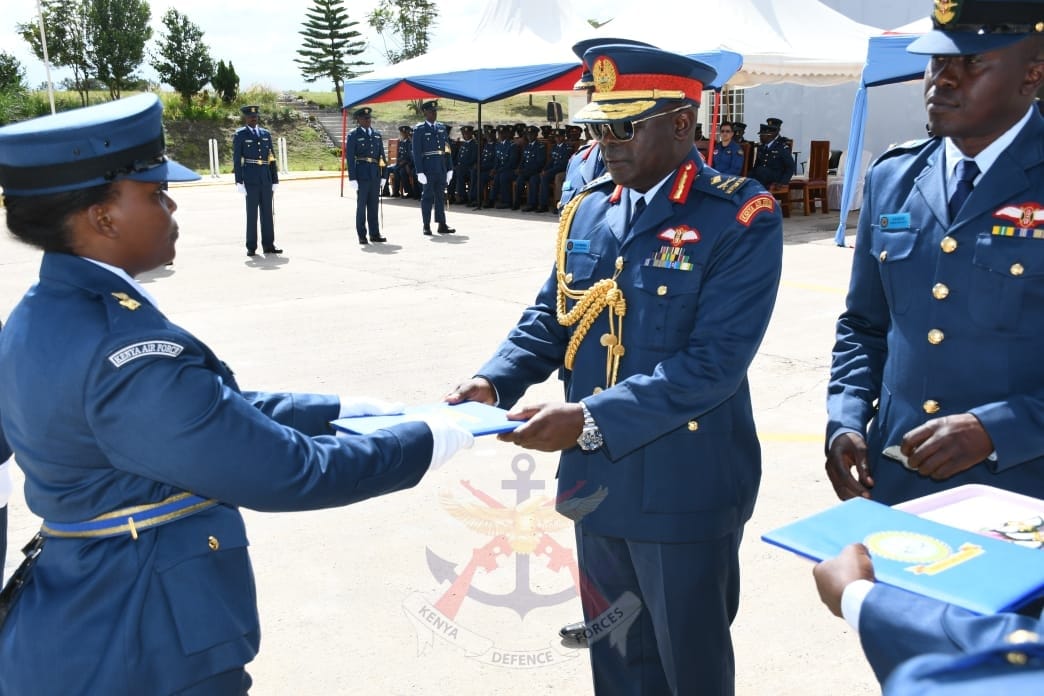 The Commander Kenya Air Force (KAF) Major General John Omenda presided over the first graduatio of the Aviation Centre of Excellence (ACE) course 01 at Laikipia Air Base (LAB) on 06 December 2021.

This was a historic moment for KAF and the the inaugural pilot trg Course ACE 01 graduands, who represent the first class to graduate since the establishment of the Aviation Centre of Excellence

At the same ceremony Qualified Flying Instructor (QFI) course 12/22 graduands were also feted. T⁷he Officers who took the QFI course begun their training with a defence instructional technique course, followed by a ground school refresher and eventually the flying phase over a period of several months.

The ACE 01 course training includes among other priority areas a ground school training, morse code and, para training conducted at special operations before they commenced the flying phase of training.

All the newly qualified pilots were awarded pilot brevets by the Commander KAF while some of the graduands who excelled in various fields were presented with prestigious certificates of merit.

The Commander KAF while giving his remarks, congratulated the graduands for their achievement. He urged them to keep seeking knowledge not just in flying, but also in other fields.

“To all of you graduating today, the responsibilities that come with your qualification cannot be overemphasized. Your ethos, conduct and decorum consequently have to be above reproach. Uphold them. In your endeavours, both in and outside the cockpit, let the manifestation of your excellence and finesse endure,” reiterated Maj Gen Omenda.

In his remarks, the commandant ACE Lieutenant Colonel Dickson Kitur assured the Commander, that the Officers graduating were ready for operations. “Sir, we as a Centre are determined to deliver our mandate and are working towards building our capacity to train other government agencies,” he added. 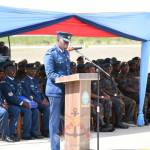 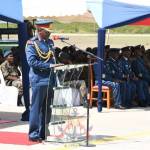 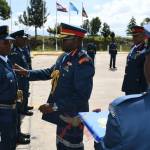 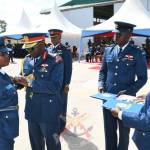 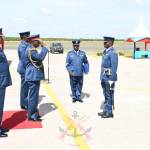 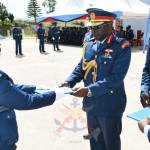