FOOD AND WATER, THE BEST MEDICINE FOR LIKOLEY RESIDENTS IN KISMAYO, SOMALIA 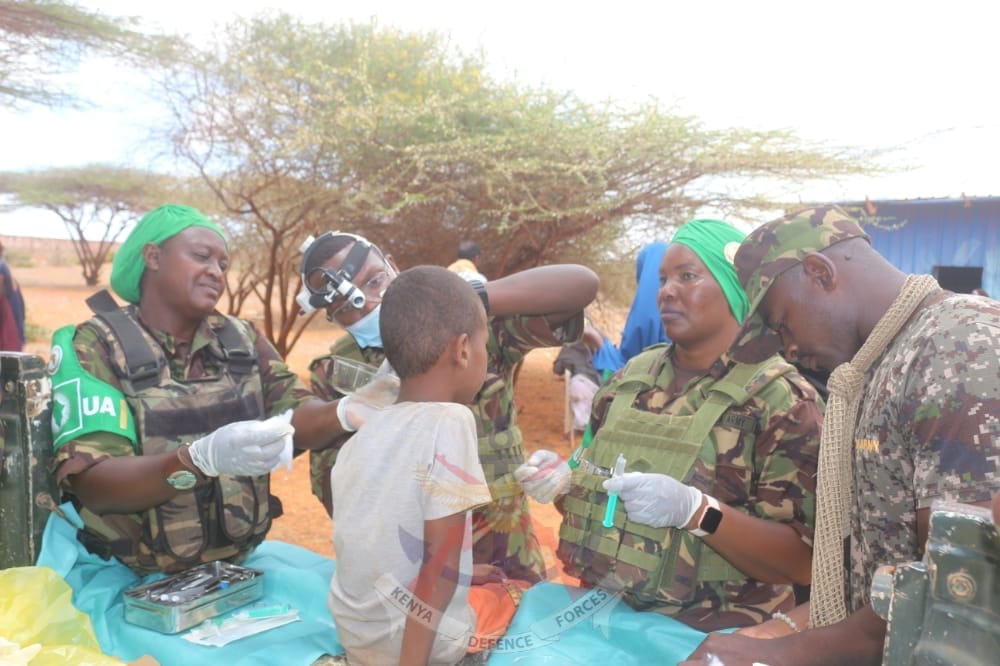 The medical camp benefited close to a hundred local residents who presented ENT complications mostly women and children. The troops also donated an assortment of foodstuff that included rice, cooking oil, salt and wheat flour to the residents.

Additionally, in an effort to quench the thirst of the local residents in the wake of raging drought, the troops distributed safe, clean water and proceeded to donate stationery to Likoley Madrassa students.

During the event, the Senior Medical Officer, Lieutenant Colonel Steve Onyango, based who is based at Kismayu Forward Operating Base, acknowledged KDF’s commitment to improving the livelihood of the locals in the area.

“The warm climatic conditions coupled with the dust in the area predisposes the residents to ENT complications and we are here to help them improve on the quality of their lives,” noted Lieutenant Colonel Onyango.

The communities together with their local administration appreciated the efforts by KDF and noted that this was a major indication of brotherhood geared towards peaceful and mutual co-existence between them and KDF. 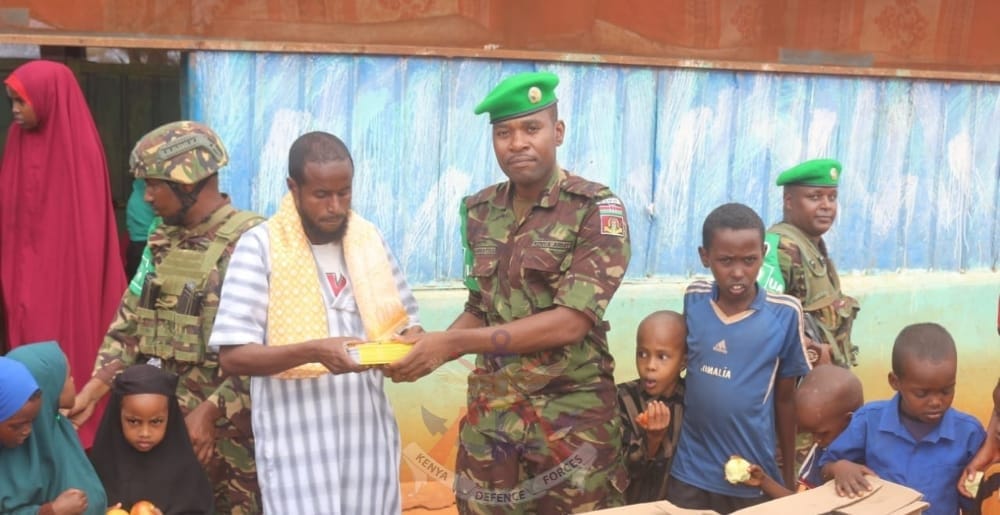 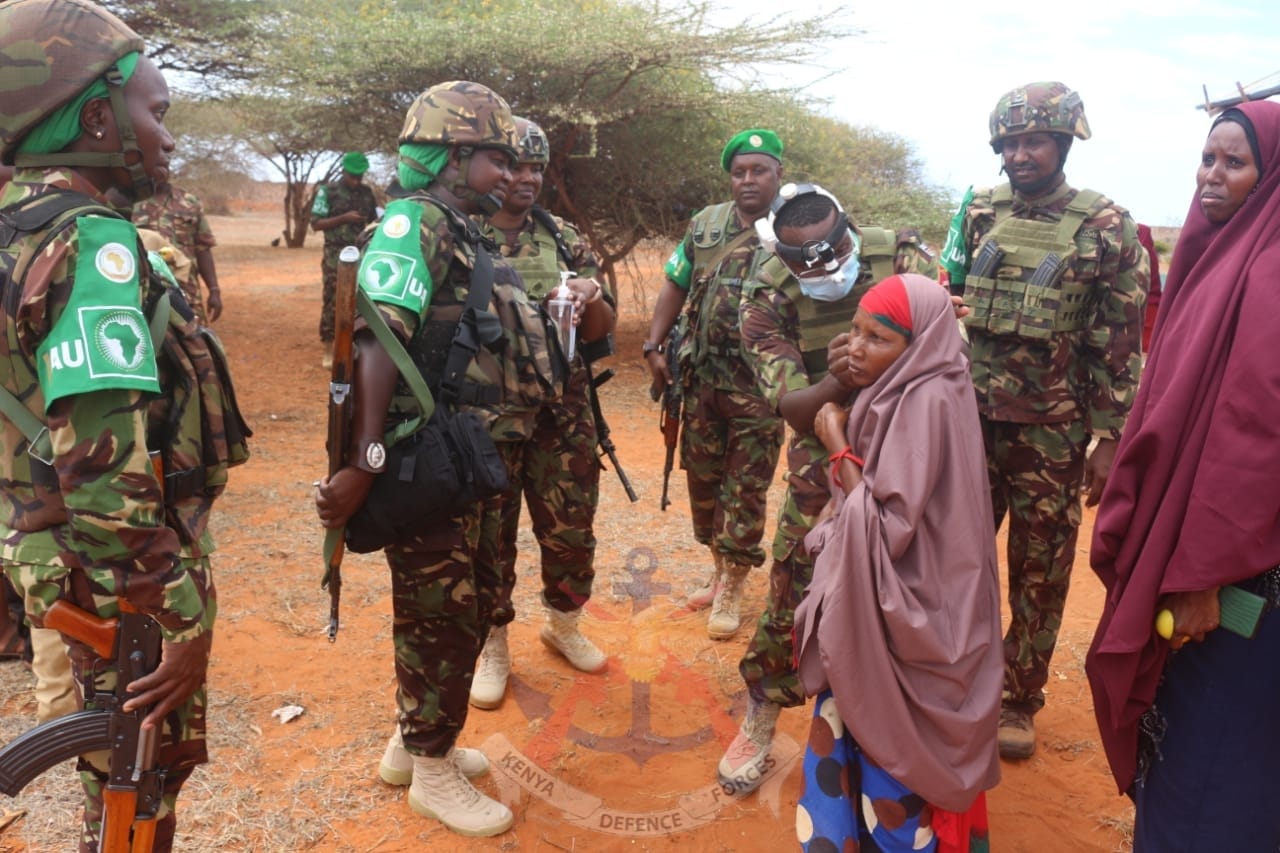 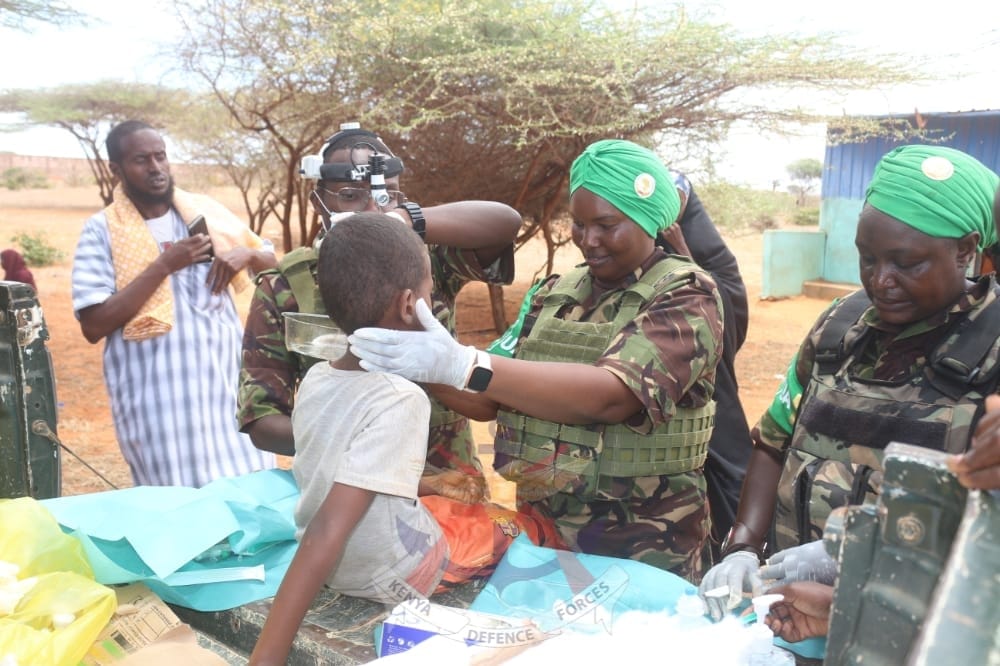 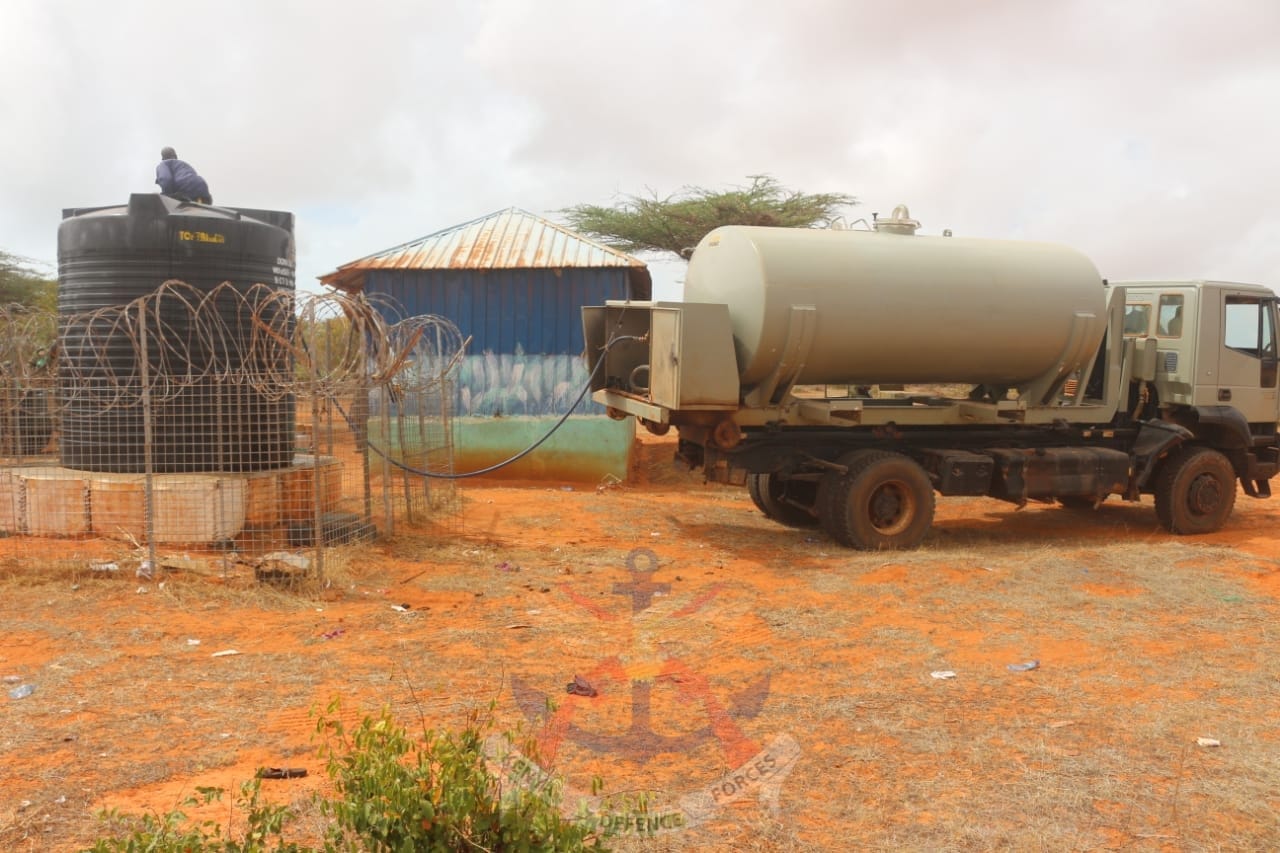 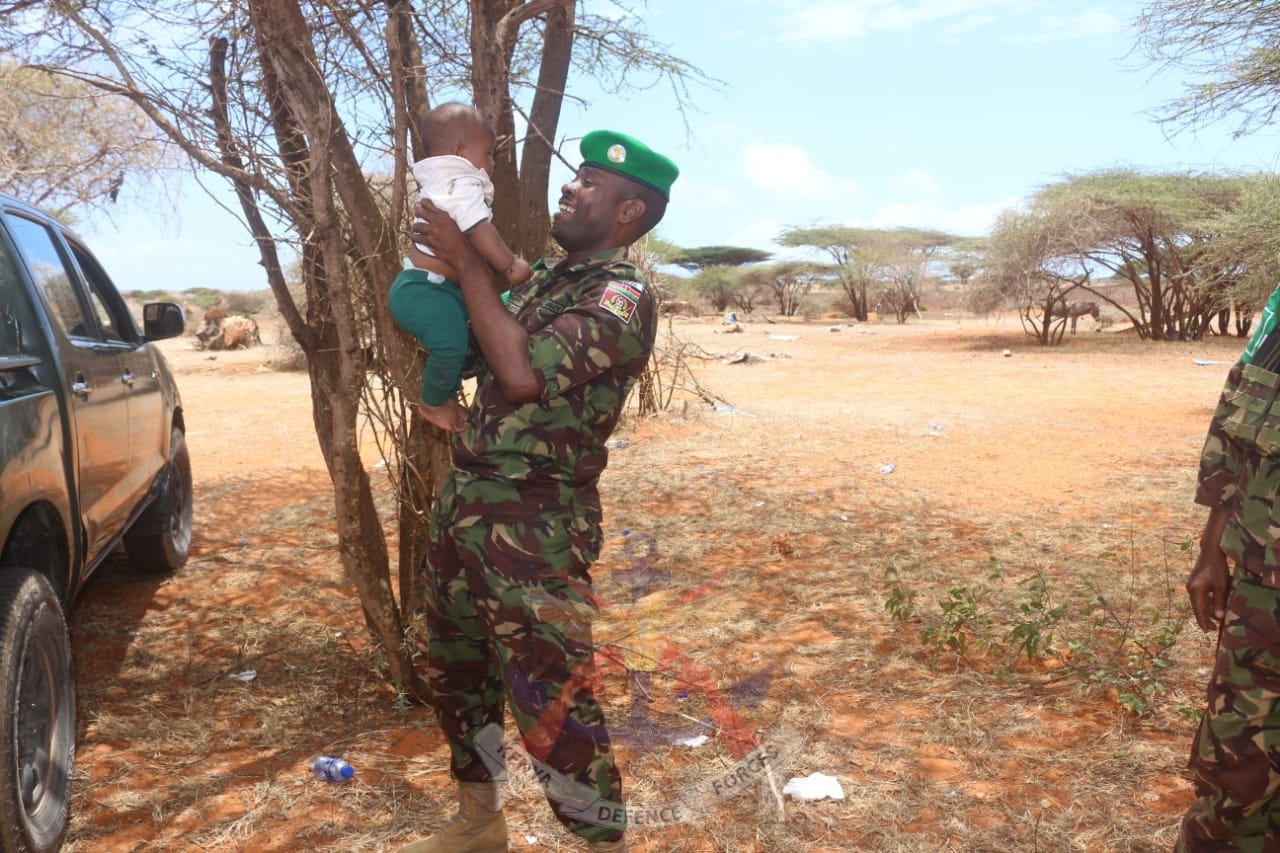 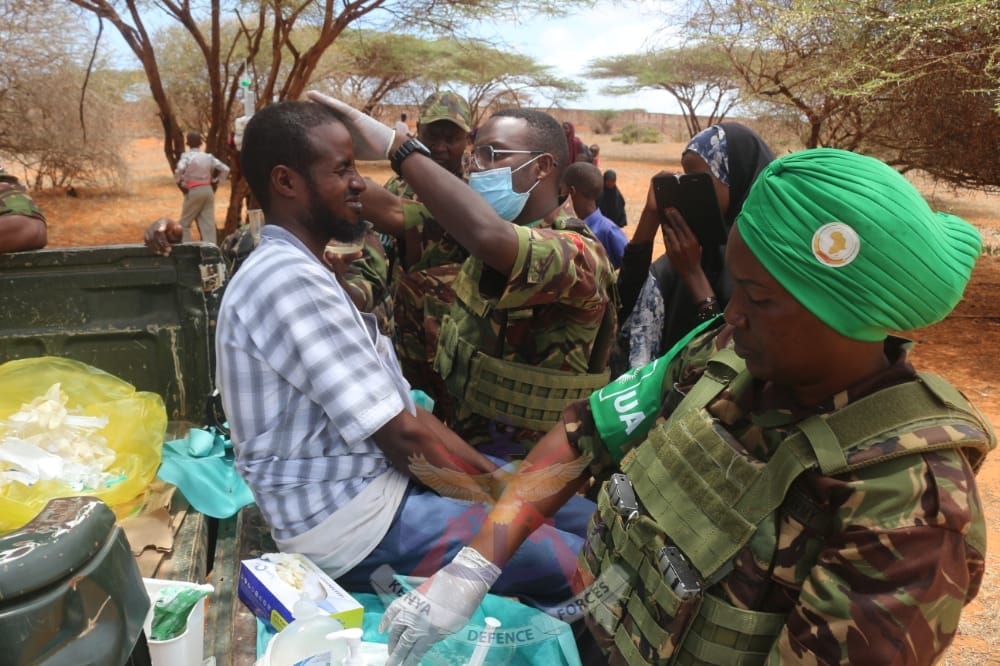 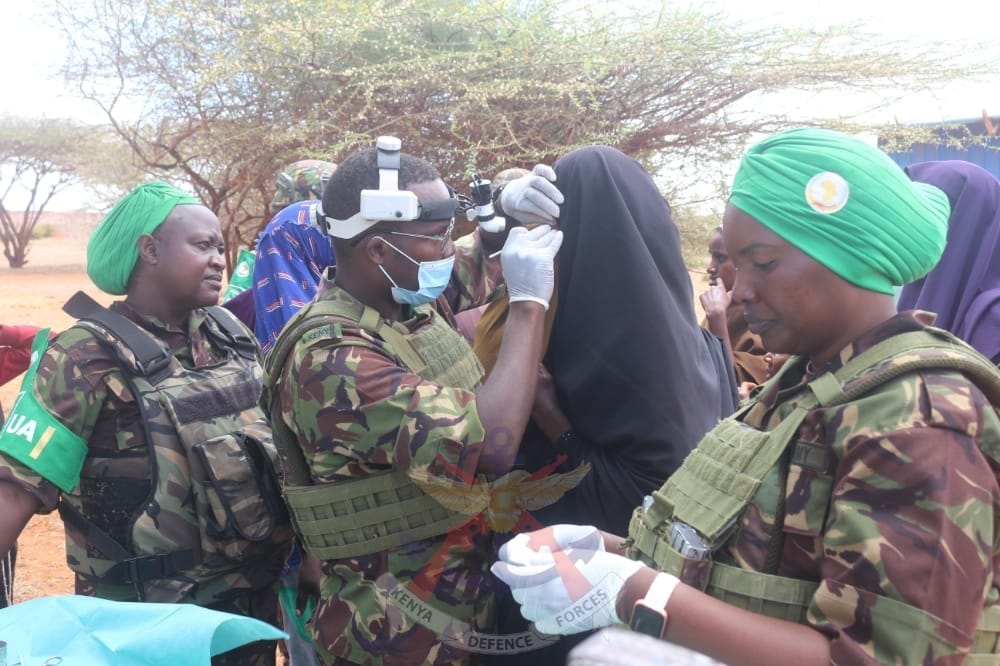