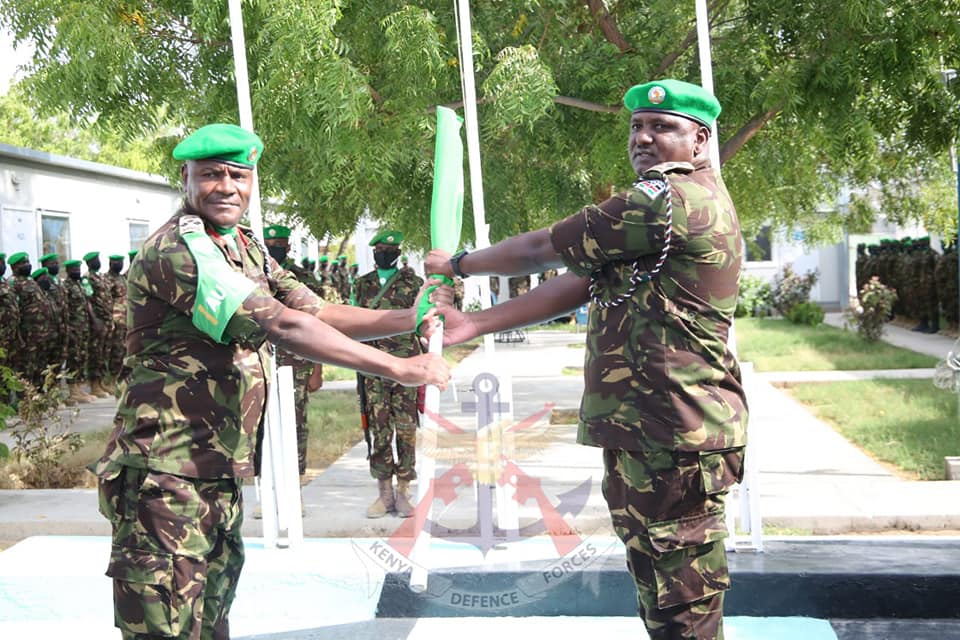 Earlier in the week Brig Paul Njema, the outgoing Sector II Commander of the

Brigadier Njema was the commander of the ninth Kenya Defence Forces (KDF) contingent operating under AMISOM. The incoming Commander Brigadier Nyagah will oversee the operations of the tenth AMISOM KDF contingent.

A ceremony to mark the change of command took place at the AMISOM Sector II Headquarters in Dhobley, which is under the responsibility of the KDF.

During the ceremony, the outgoing commander Brigadier Njema thanked the soldiers for their teamwork, resilience and discipline which ensured operational success during their tour of duty.

He noted that the KDF troops had successfully degraded Al Shabaab in the area and called for further degradation of the enemy’s capabilities to secure Somalia and the region.

The incoming commander Brigadier Nyagah congratulated his predecessor and the service members for their commitment, service to humanity and on their achievements. He pledged to continue conducting surgical offensive operations against the Al Shabaab in in order to stabilise the operating environment.

“We are in high spirits and committed to achieve peace and stability in Somalia in line with the AMISOM mandate,” said Brigadier Nyagah.

Brigadier Nyagah said his contingent will further enhance interoperability between the KDF troops and the Somali Security Forces by working together in conducting various operations against Al Shabaab. He also noted that the tenth contingent will initiate various Civil-Military Cooperation (CIMIC) projects to stabilise the operating environment and impact positively on the lives of the local populace. 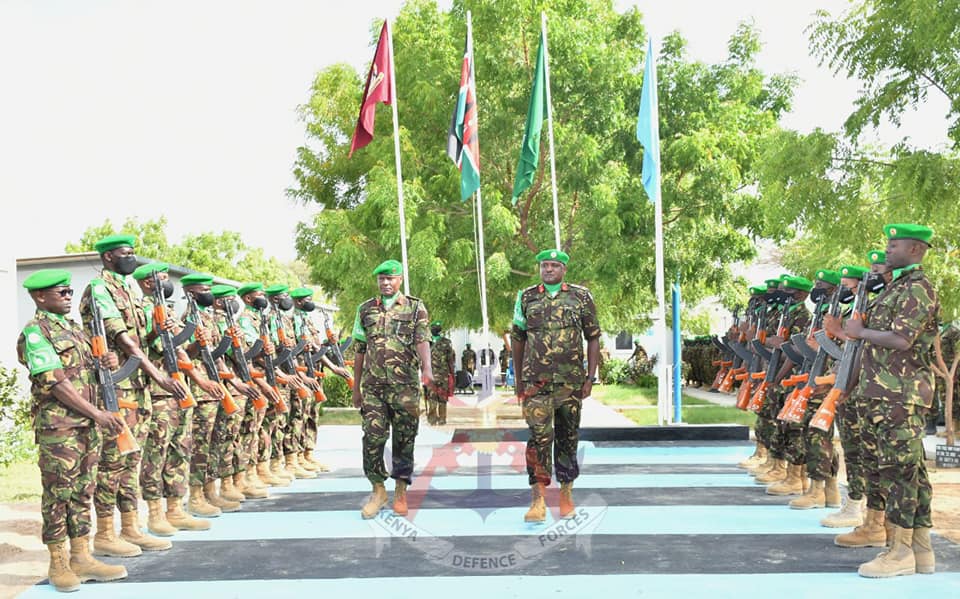 A ceremony to mark the change of command took place at the AMISOM Sector II Headquarters in Dhobley, which is under the responsibility of the KDF.