The mentorship session was aimed at imparting knowledge, harnessing discipline and encouraging the students to work hard for a better future.

Staff Officer II in charge of pay at the Defence Headquarters Major Matthew Mwarangu implored the students to work hard in their academics.

“The society looks up to you. You are the future leaders. Do not allow anything to come between you and your destinies,” said Maj Mwarangu.

He further urged them to observe high standards of discipline and avoid involvement in unlawful behavior such as drug and substance abuse.

Army Special Battalion (ASB) Chaplain Major (Rev) Milton Kabunge said that most successful people have a history of trying many times. He told the students to be aware of mental health challenges and avoid sinking into depression that encourages suicidal thoughts.

“Research has proven that majority of the population battling mental health challenges are men because they rarely speak out, unlike their female counterparts. Avoid exposure to obscene material which is likely to corrupt your morals,” said the Chaplain.

The school Principal Mr. Samuel Mweri thanked the KDF leadership for the donations and for organizing the mentorship session saying it will go a long way in impacting critical skills in the boys’ lives.

He noted that KDF has always extended a hand to the school in terms of cash and material donations that have been of great significance to the daily running of the school. 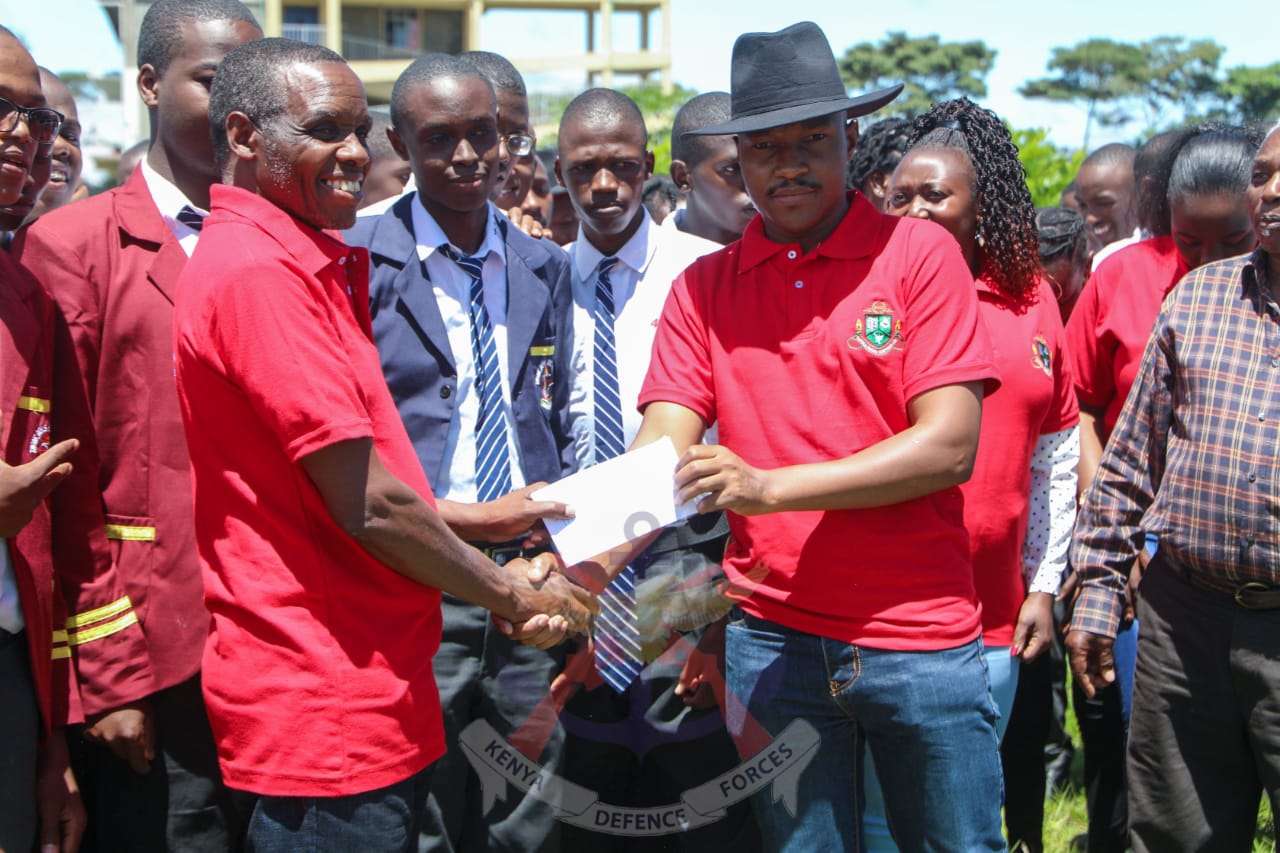 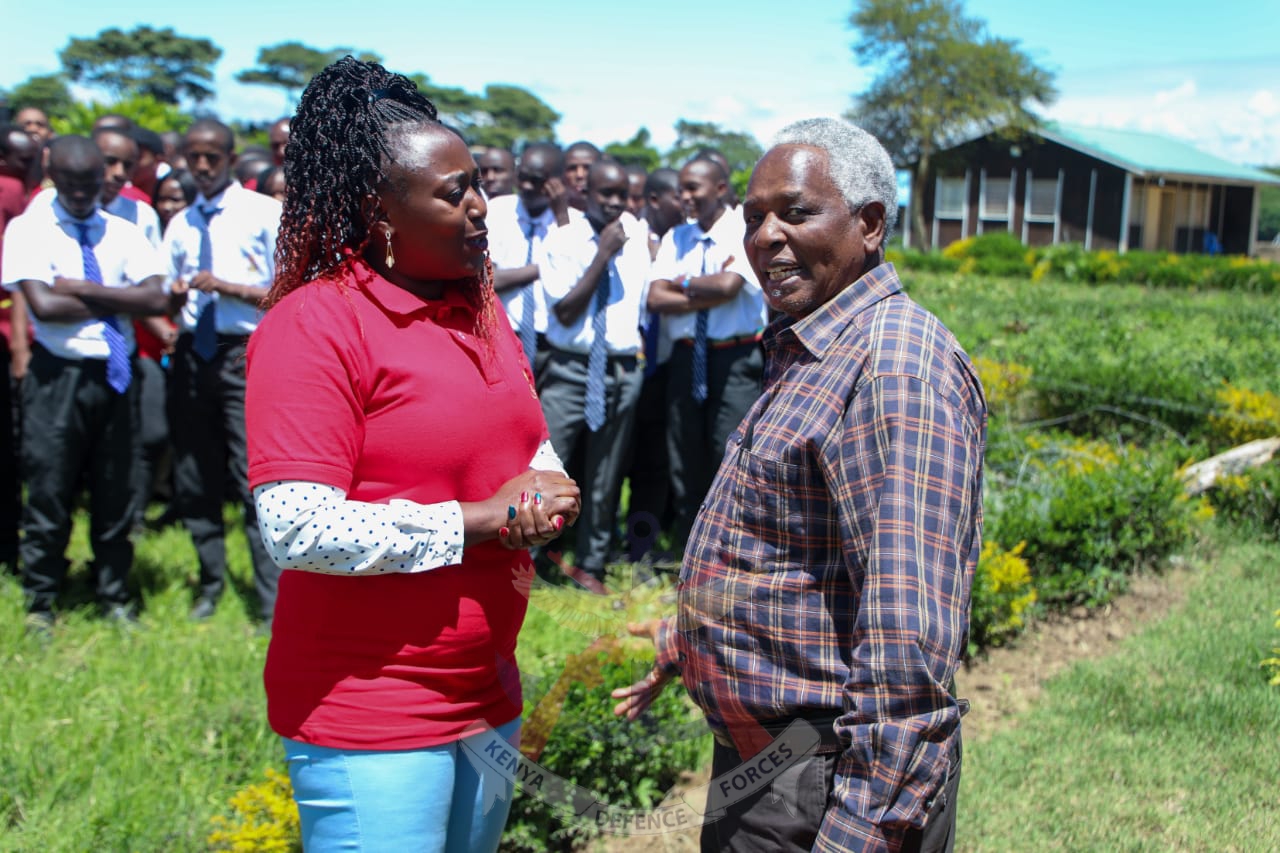 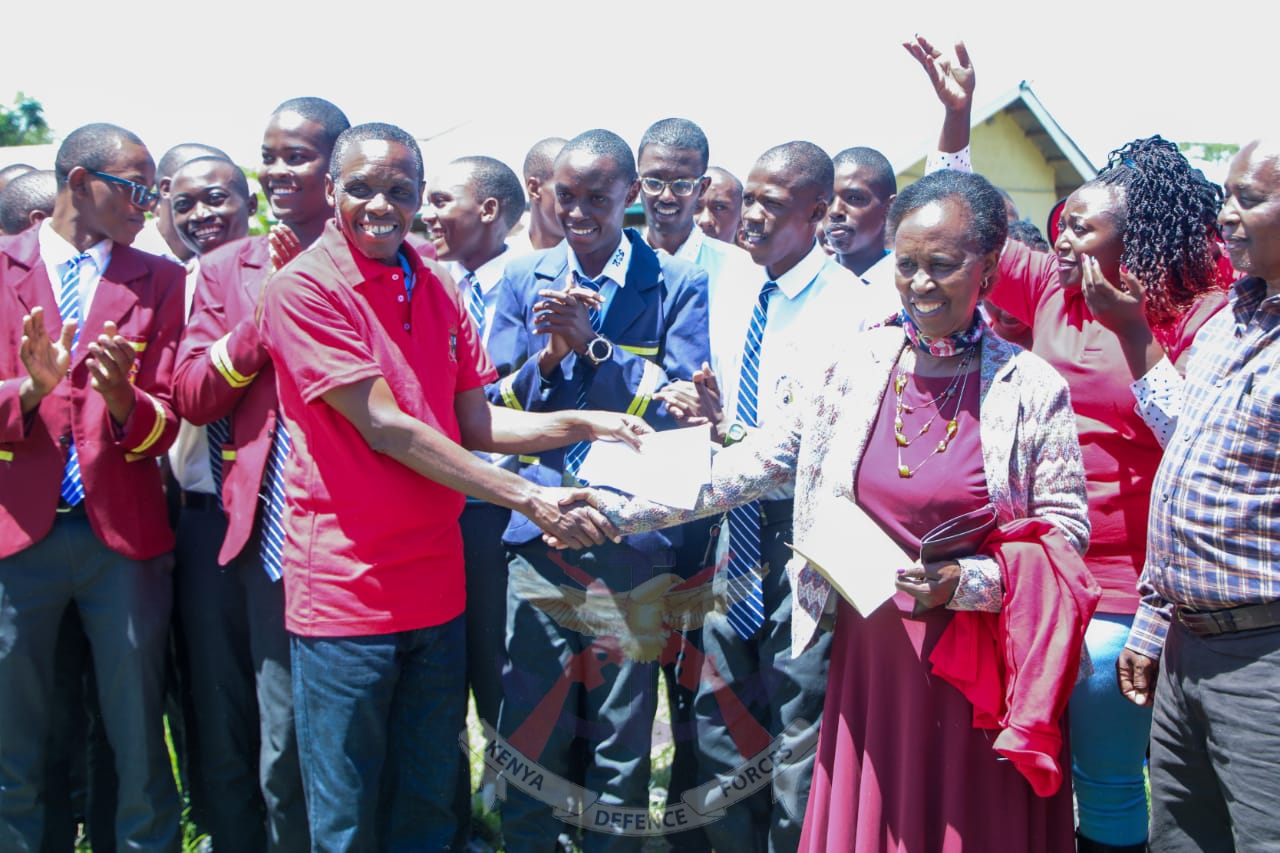 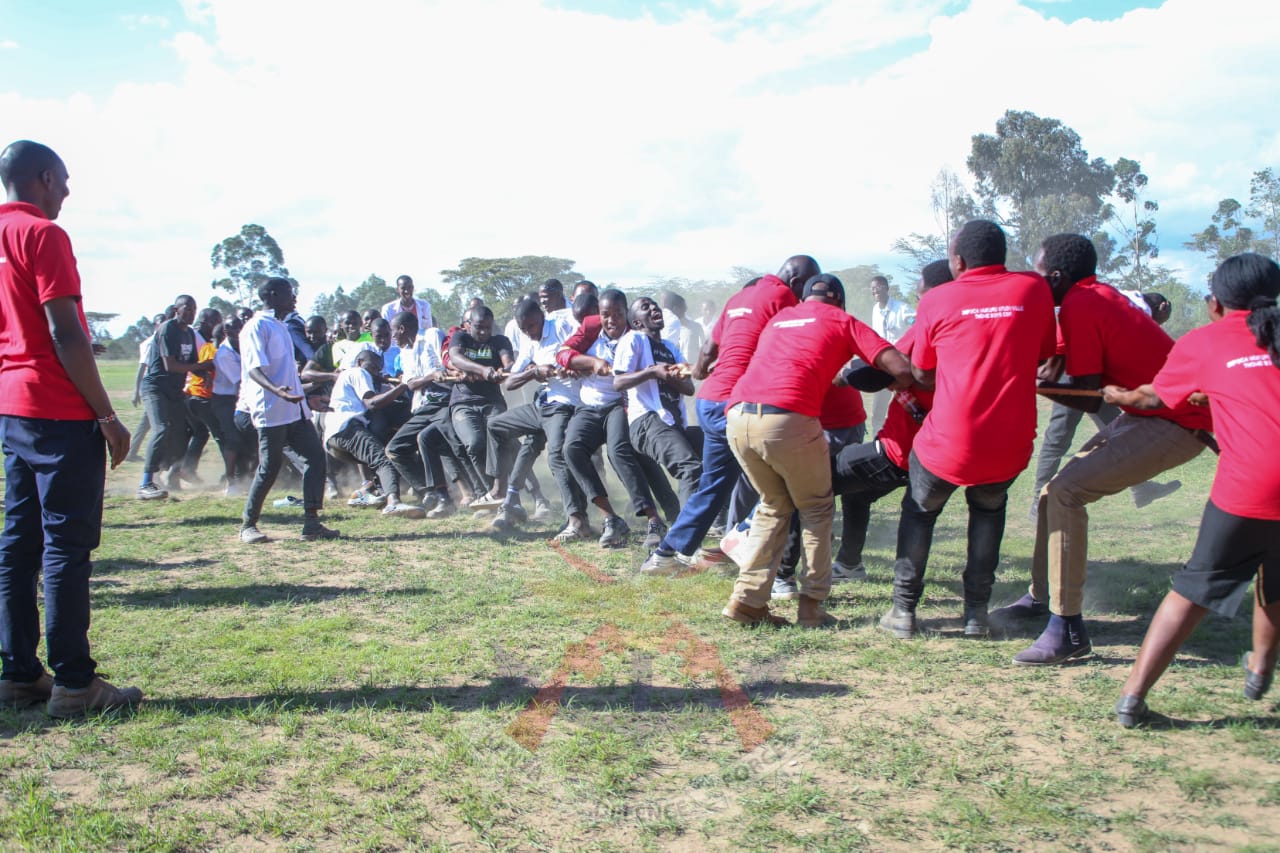 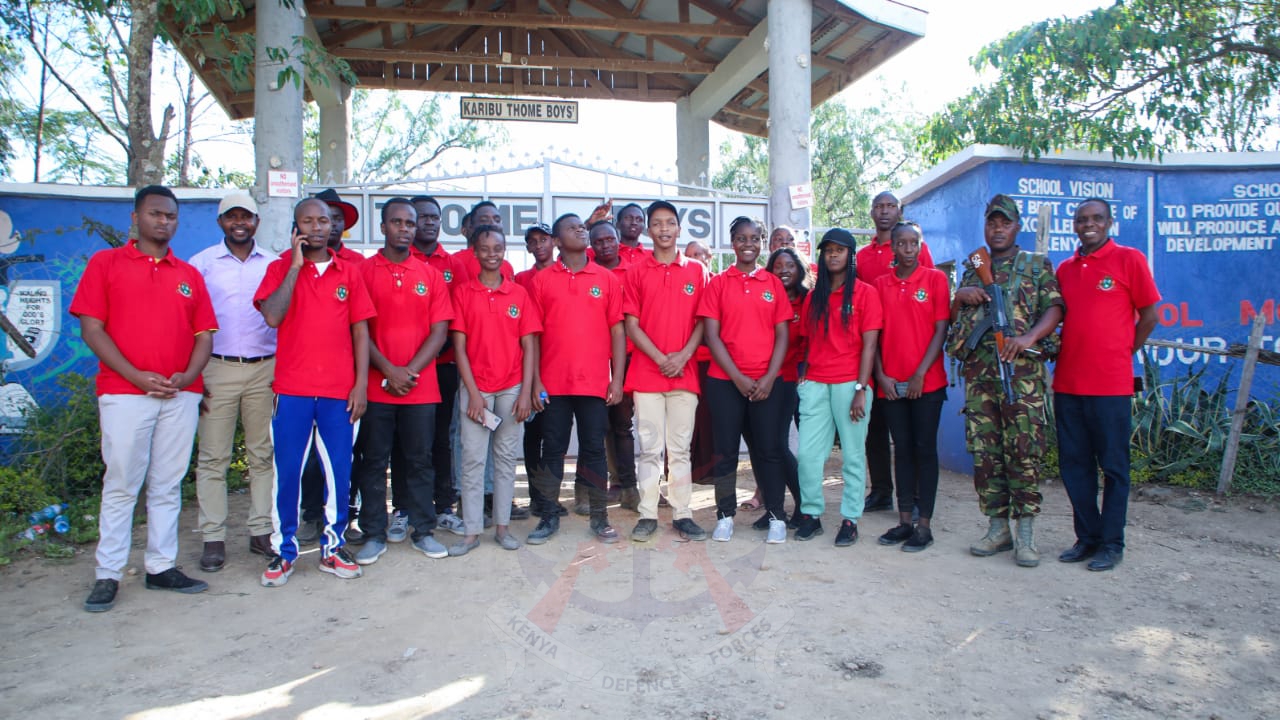 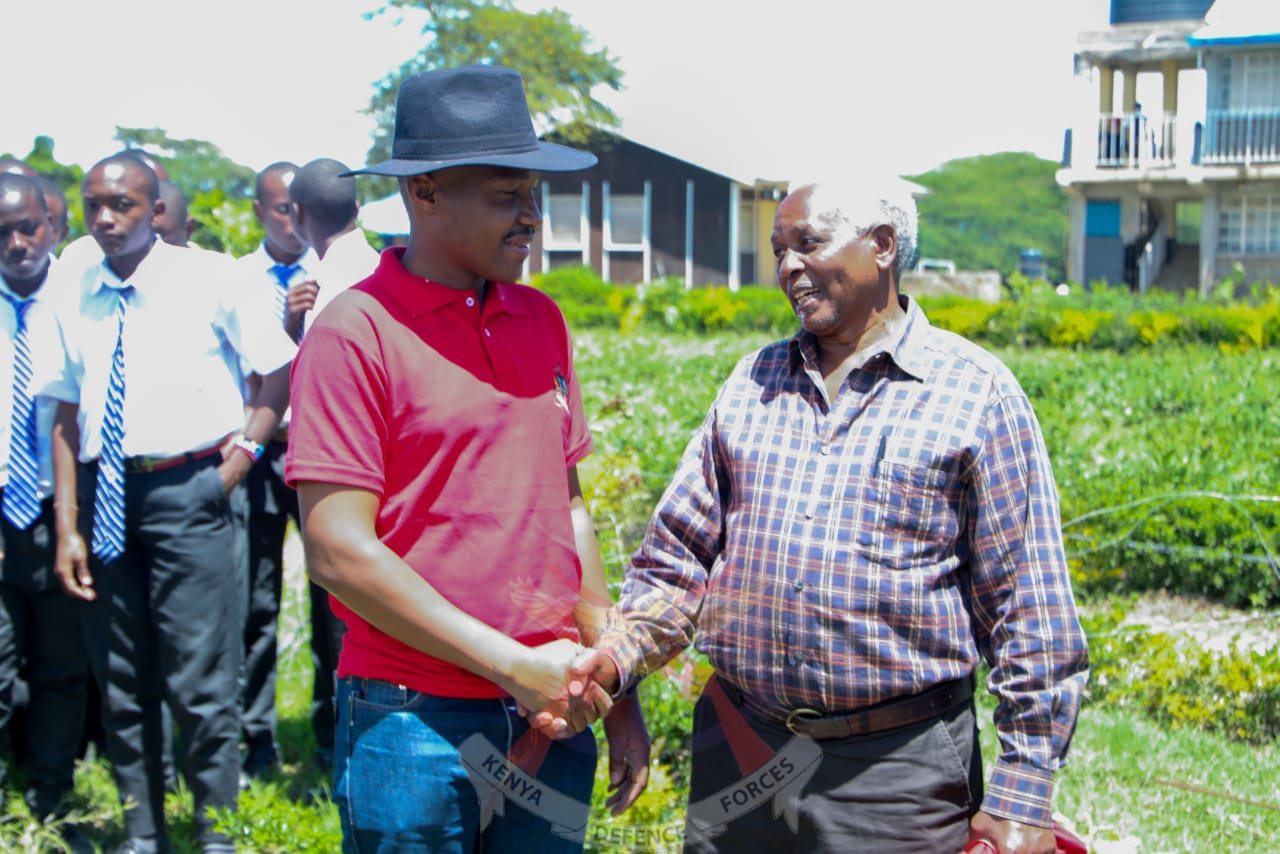 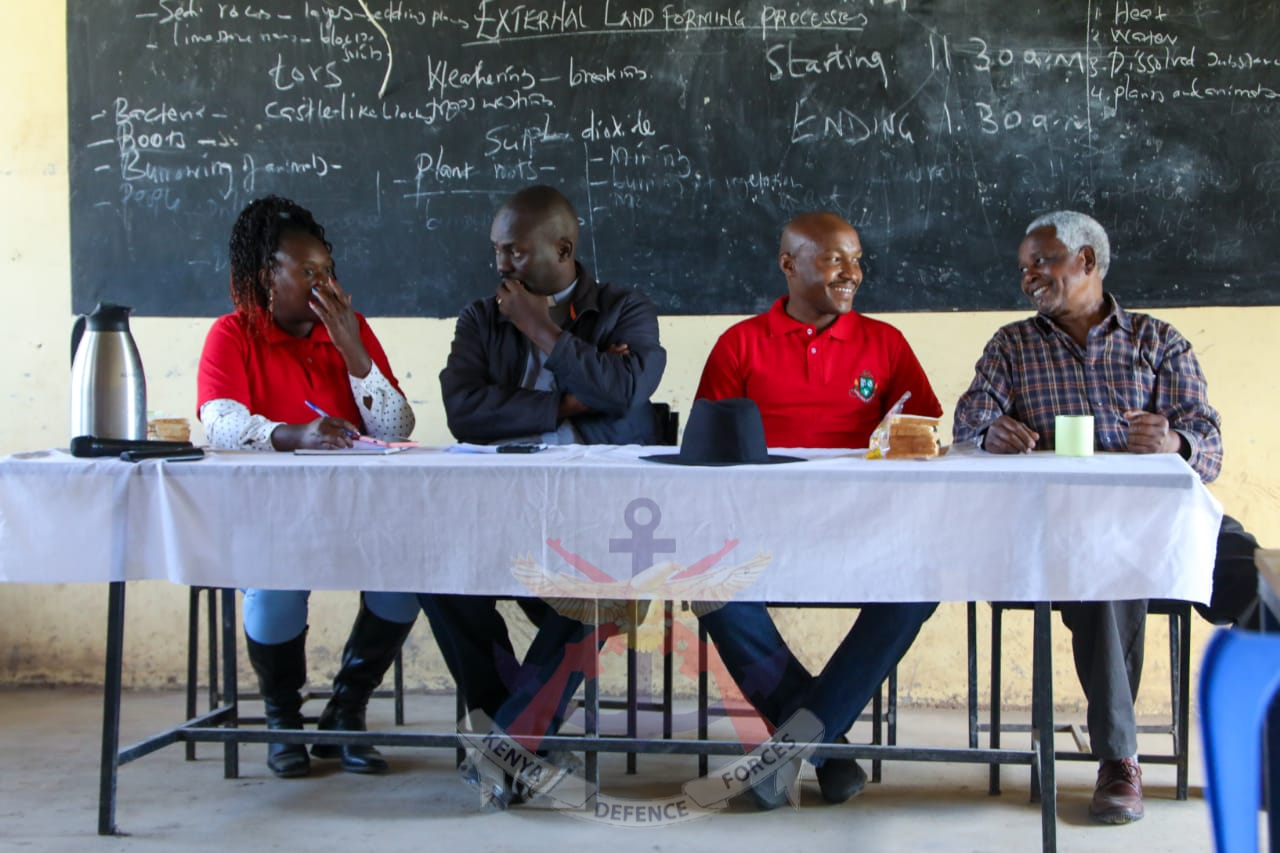 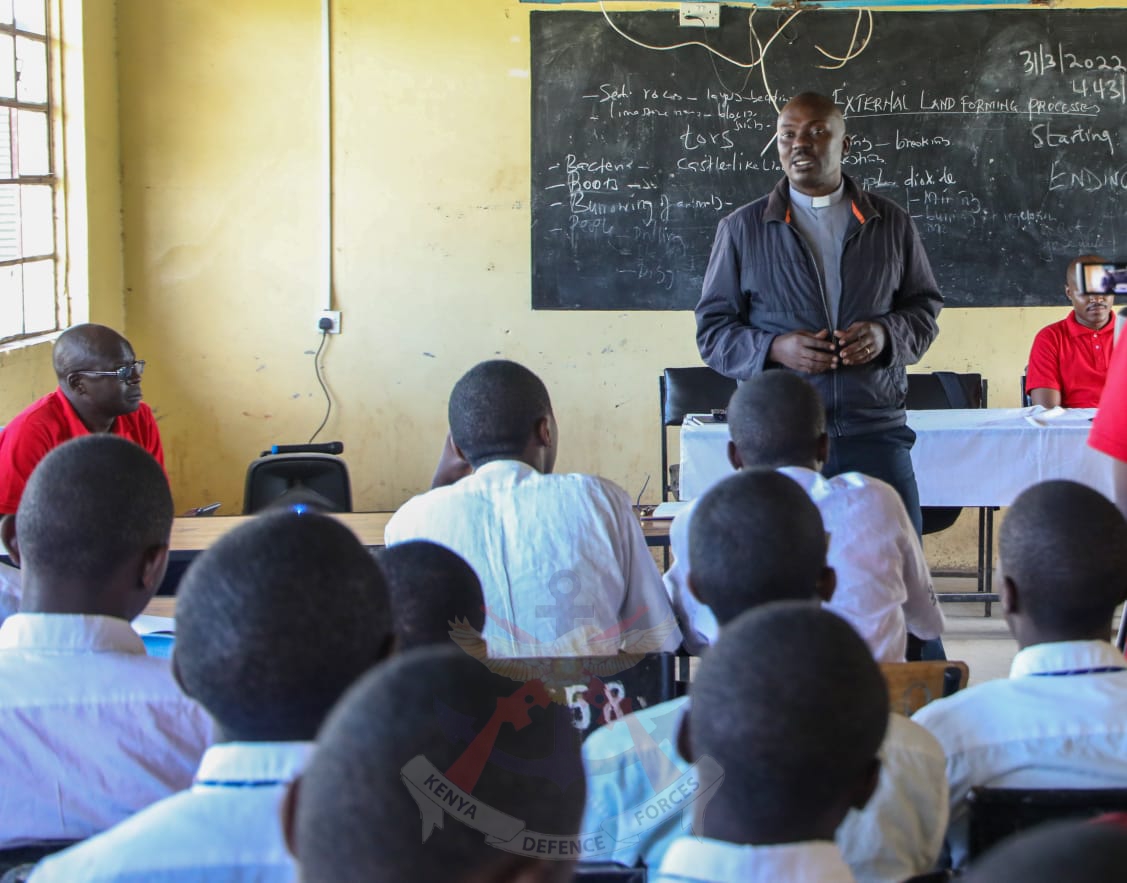 AEROBICS IS BACK AT THE AIR FORCE