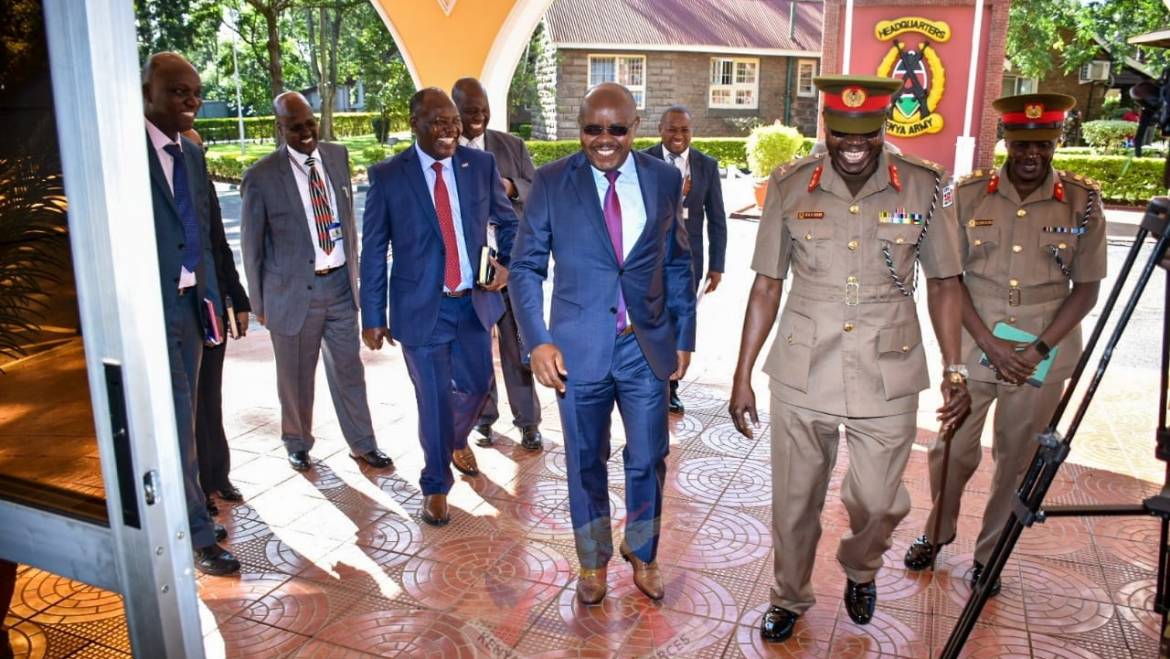 The Principal Secretary for Defence, Hon. Patrick Mariru has today made twin visits at the Kenya Army (KA) and Kenya Air Force (KAF) Headquarters in Nairobi to familiarize  himself on the capabilities and preparedness of the two sister services to discharge their Constitutional mandate.

At the KA Headquarters, the PS was taken through a brief orientation of the structure of the service and the various operations they are undertaking in various parts of the country and beyond as they pursue their mission of defending and protecting the Republic against any land-based aggression.

“You are the North Star for the civilian component in the Ministry to offer direction. We are here to support you since that’s the best thing we can do and therefore we shall ensure that anything we are supposed to do we do it with efficiency and effectiveness so that the soldiers can do their work with ease,” said the PS.

He promised to support the modernization efforts by the Kenya Defence Force’s (KDF) to enable the military fight the emerging and re-emerging security threats in the contemporary environment.

“We shall support the efforts being made in the housing and health sectors to ensure that the wife of that soldier at the battleground in Somalia can deliver safely in our hospitals. That is the least we can do and I promise that we shall do this to our best,” the PS reiterated.

“Your footprints have been felt in other institutions among them the Kenya Shipyards Limited, Kenya Meat Commission among others. Despite the strict budget and a struggling economy, we shall ensure that we lobby for more allocation so that you execute your mandate effectively.”

At the KAF Headquarters, the PS was briefed on the structure and the capabilities of the service and taken through a brief tour of the Moi Air Base to appreciate the various aircrafts the service uses as they defend the Kenyan airspace against any external aggression.

He affirmed that he shall support the service acquire the modern infrastructure in line with the ever changing trends and technological advancement.

The PS further met and addressed the civilian staff at the two Headquarters where he thanked and urged them to continue doing their work to the required ethical standards saying their work is to offer technical support to the military.

“We recognize your work however small. As you sweep or cook tea, let it attain the standards of the military and that way, we shall have played a role in supporting them discharge their duties of defence and protection against any threat,” said the PS.

In his remarks, the Army Commander affirmed the commitment of the service to continue discharging it’s core mandate as well as supporting it’s sister services.

He added that the military has had a cordial working relationship with the civilian staff and urged them to continue offering their expertise to the required standards.

His sentiments were corroborated by the Deputy Commander KAF who thanked the staff for their valuable input.

During the two visits, the PS was joined by Heads of various departments from Defence Headquarters. 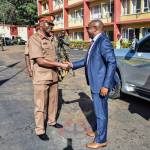 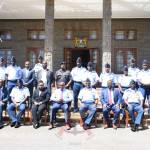 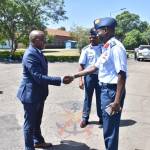 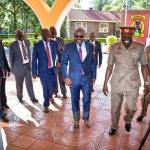 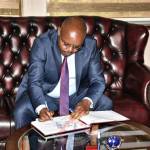 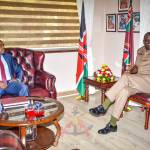 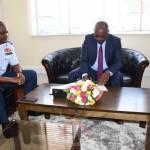 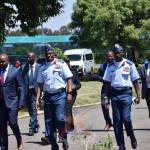