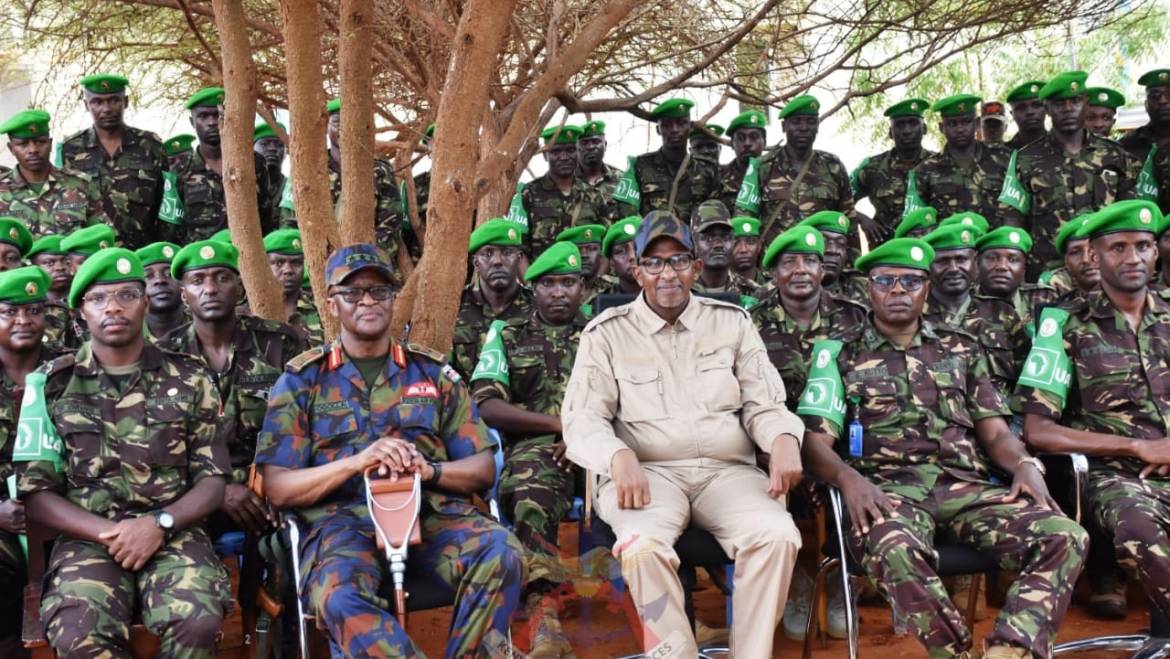 Kenya Defence Cabinet Secretary Honorable Aden Duale and Vice Chief of Defence Forces Lieutenant General Francis Ogolla on 25th December 2022 made a visit to Kenya Defence Forces (KDF) troops serving under the African Union Transition Mission in Somalia (ATMIS) at sector six headquarters Kismayu, Somalia in a bid to boost their morale and commemorate the festive season with them in their operation areas.

In his address to troops at Kismayu New Airport  FOB, Hon Duale said that the visit was to appreciate all soldiers assigned away from their families this holiday season. Noting the sacrifice they have made in the war against terror group and their effort to bring peace and tranquillity in Somalia.

On his part, Lt Gen Ogolla, while conveying Christmas message from CDF Gen Robert Kibochi to troops, he praised KDF soldiers for their bravery, assuring them of the support of KDF leadership to make their operational undertaking easier as well as to cater for their professional training and welfare concerns.

“We are all proud of you for the good work you’re doing; we appreciate the role you are playing here for the love of your country, the discipline, courage and dedication you have demonstrated in bringing peace and stability to Somalia. I urge you to continue being mission ready in service to humanity,” said Lt Gen Ogolla.

Sector six Commander Brigadier Lukas Kuto noted that the soldiers remained mission ready and have been carrying out their duties with integrity, urging them to maintain the spirit of teamwork.

This was the first visit to KDF troops serving in Somalia by the CS for Defence. 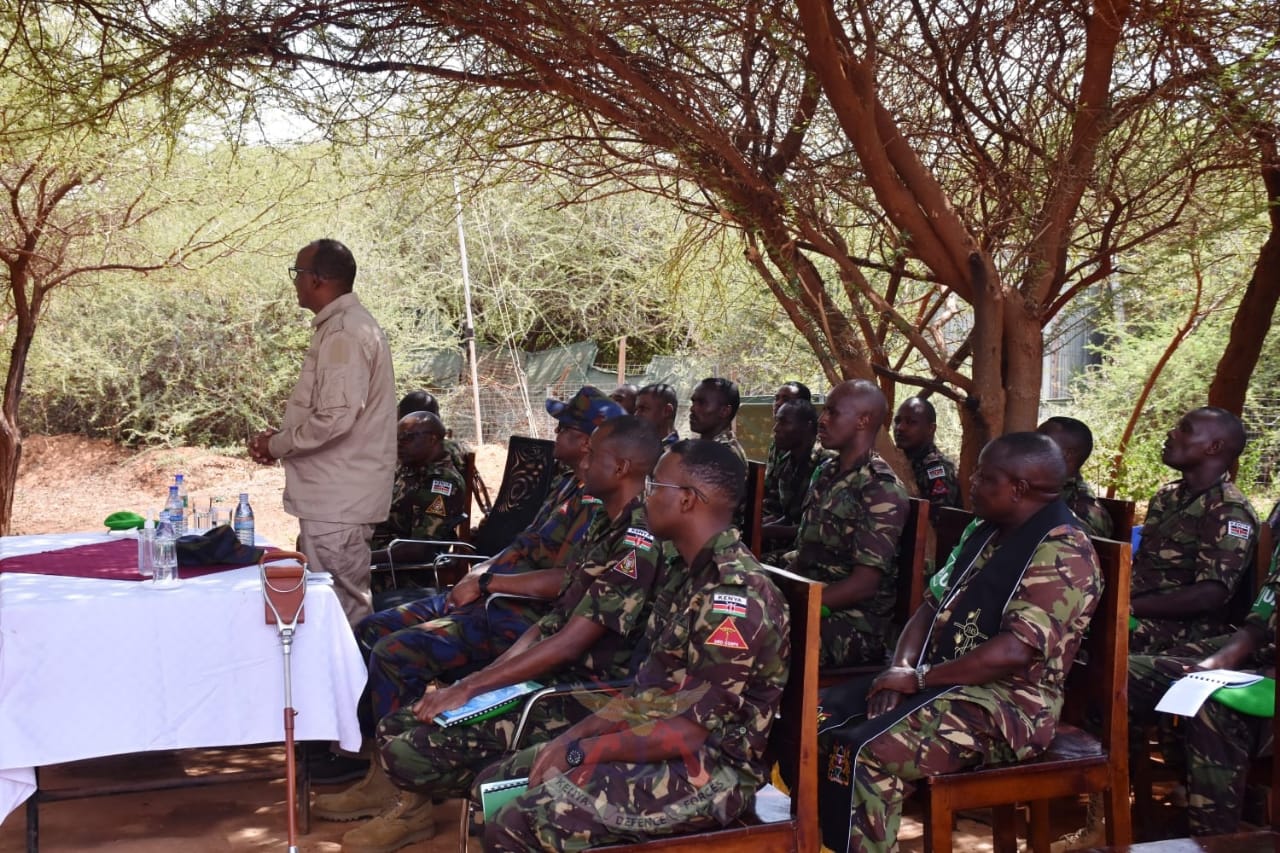 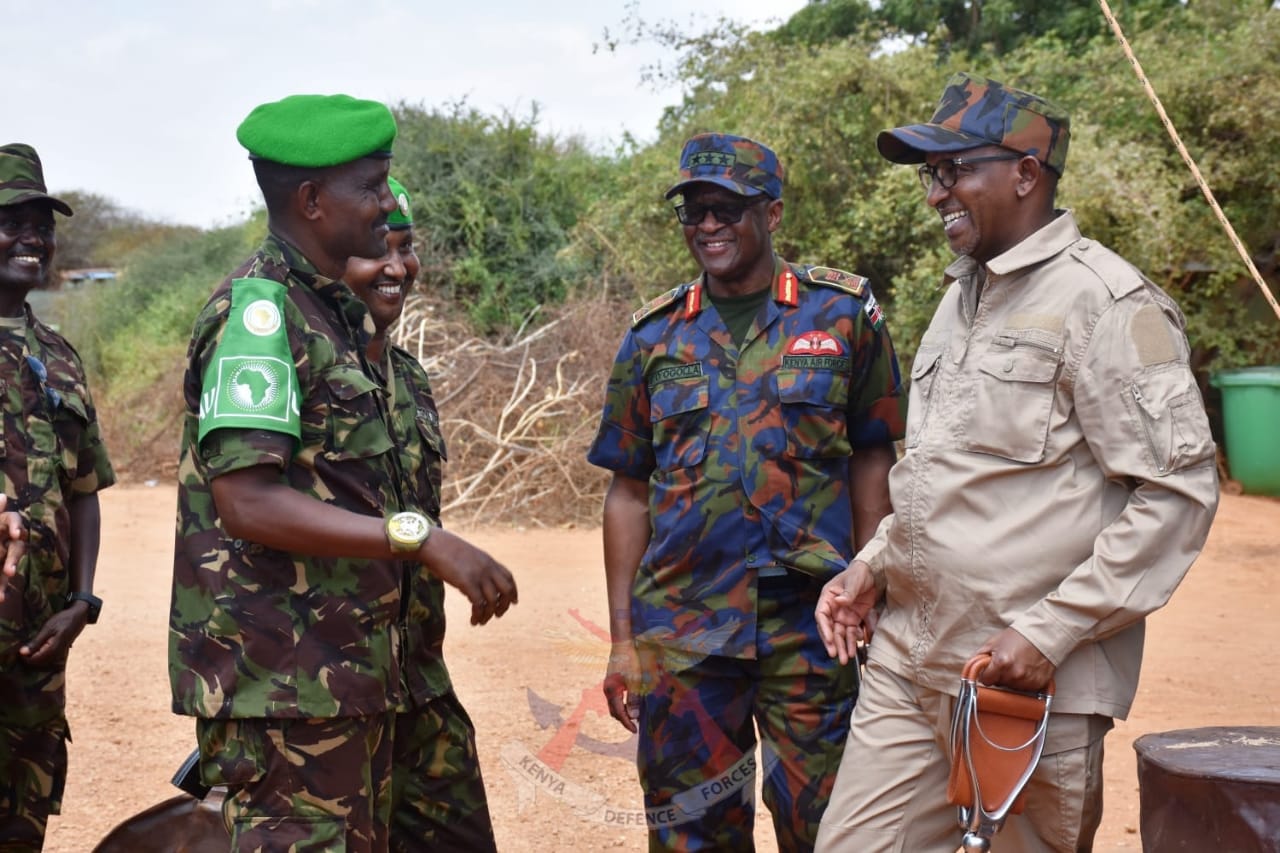 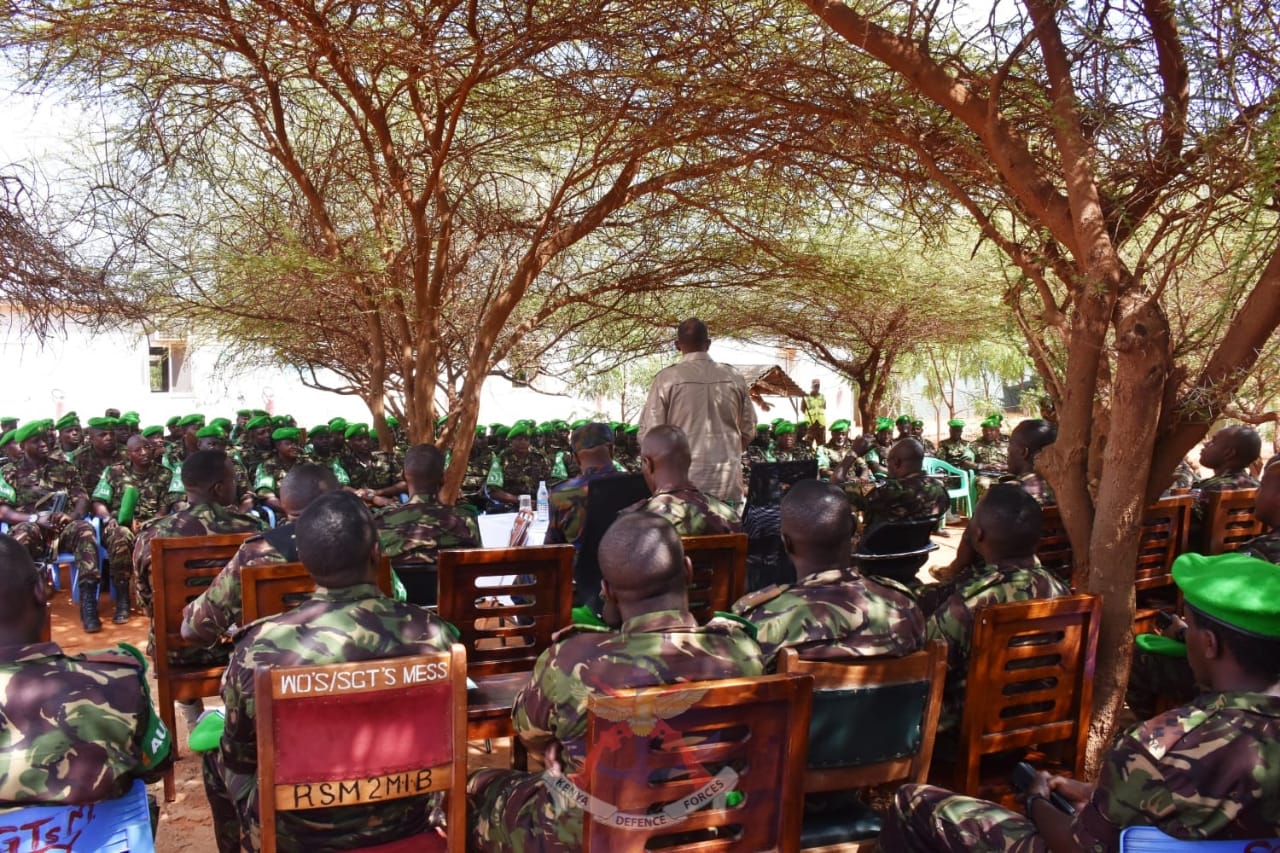 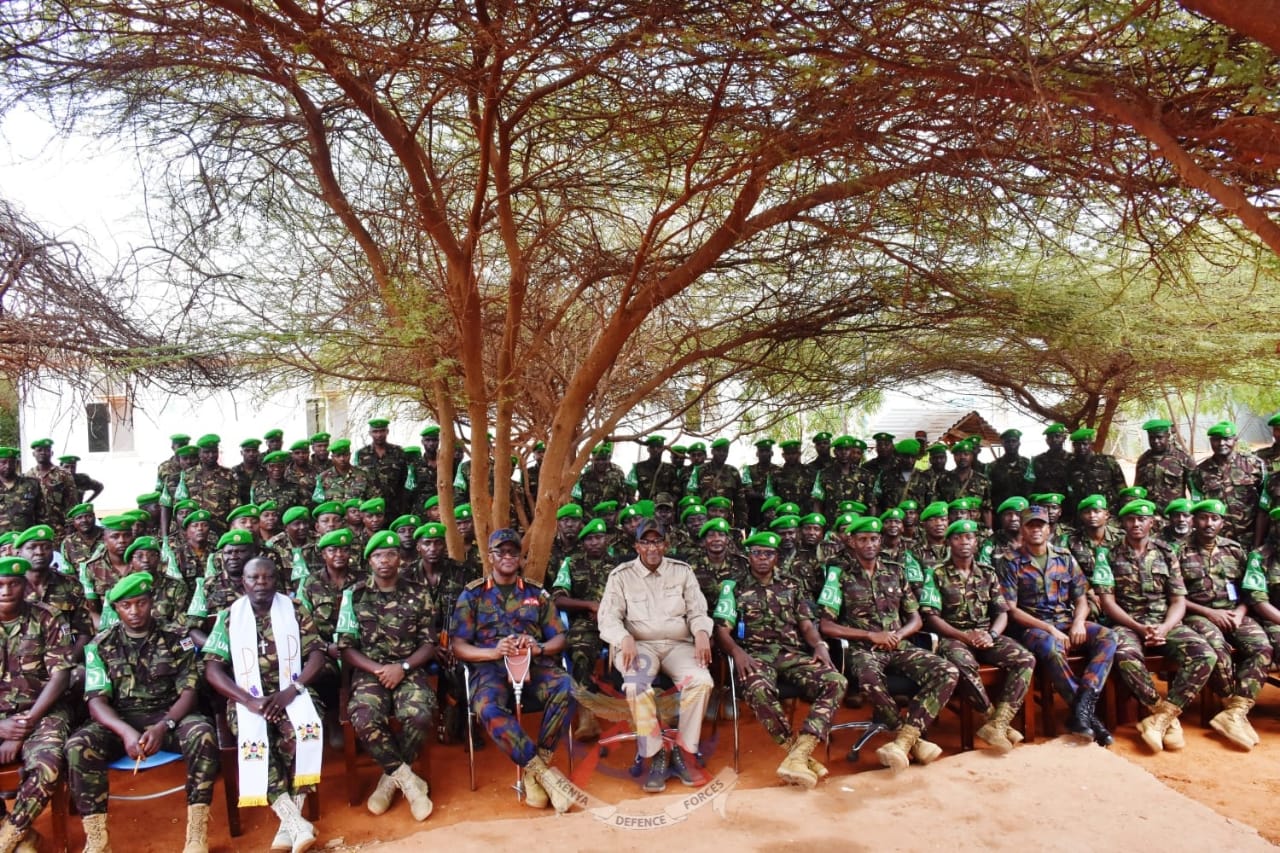 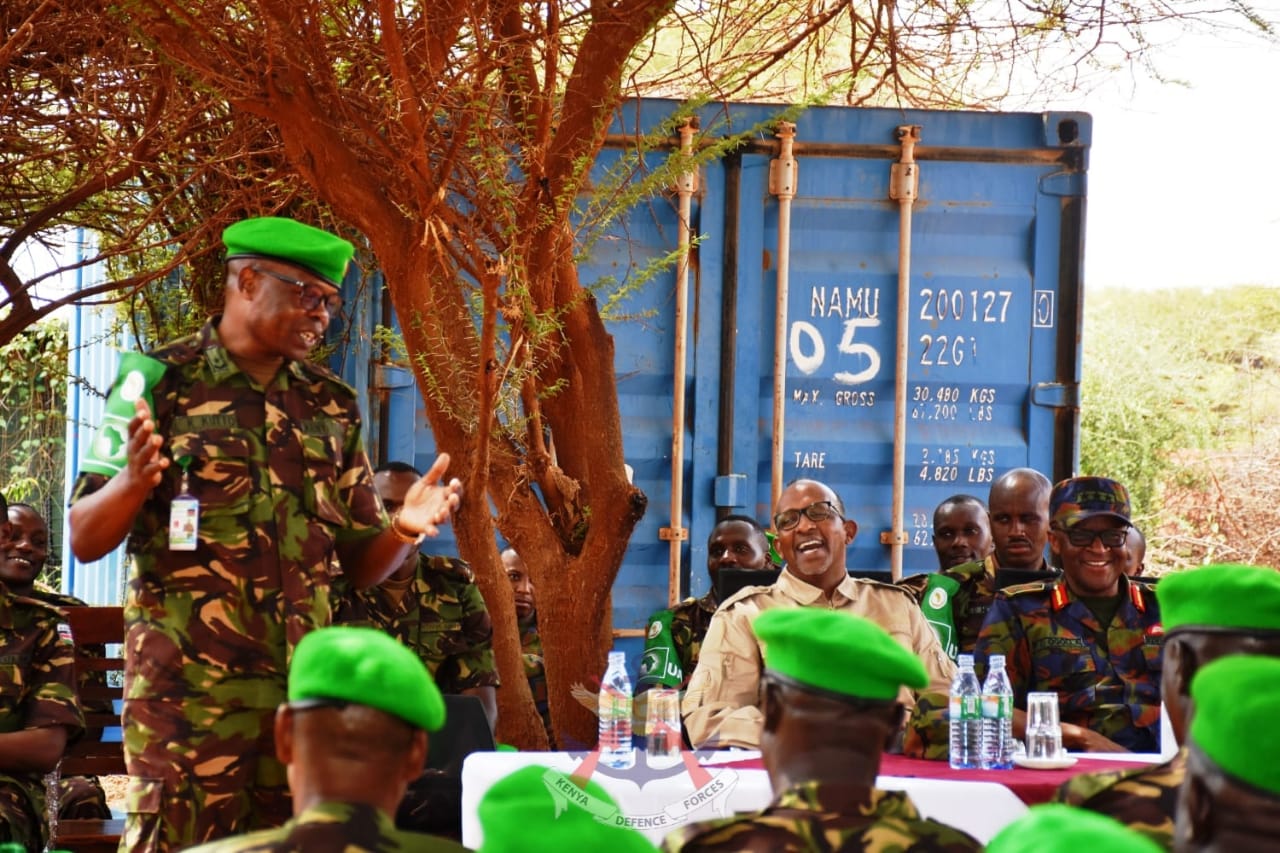 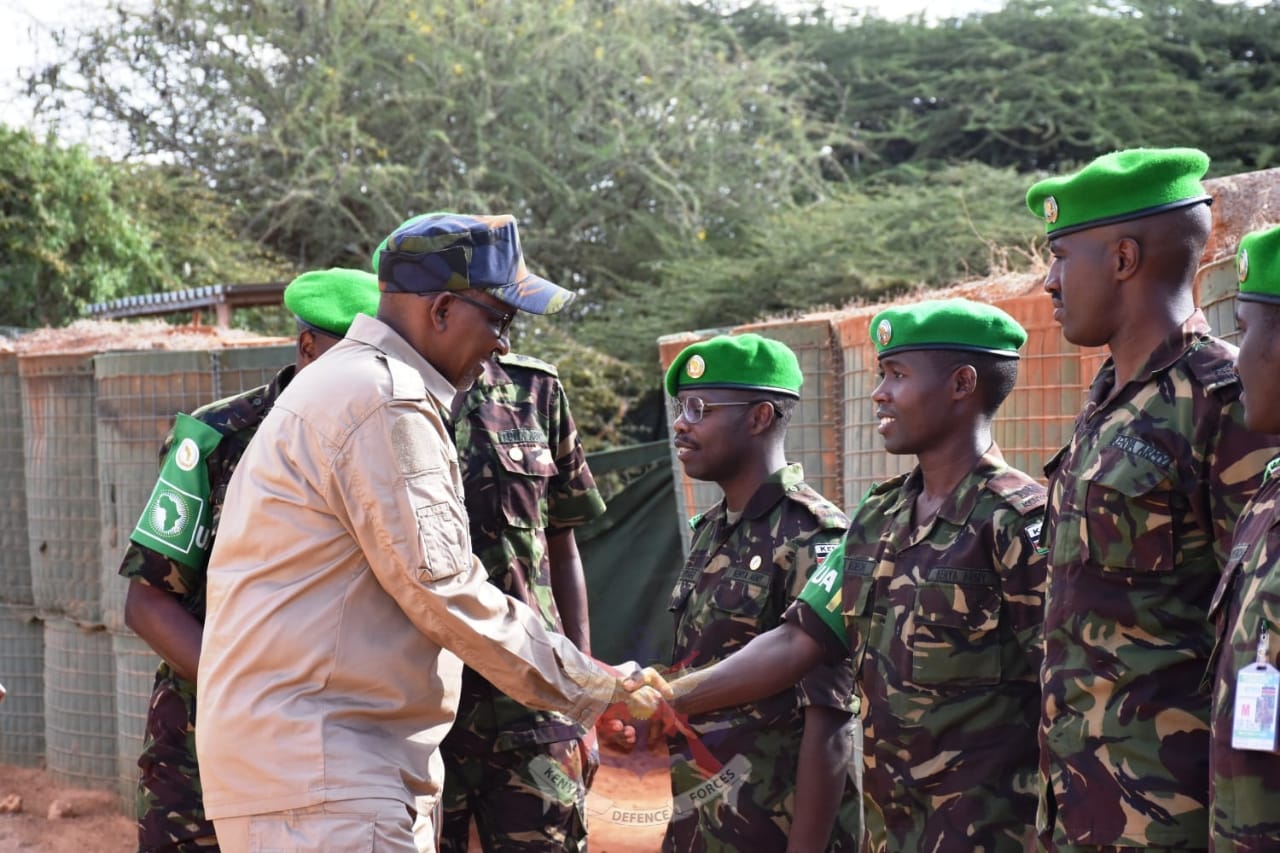 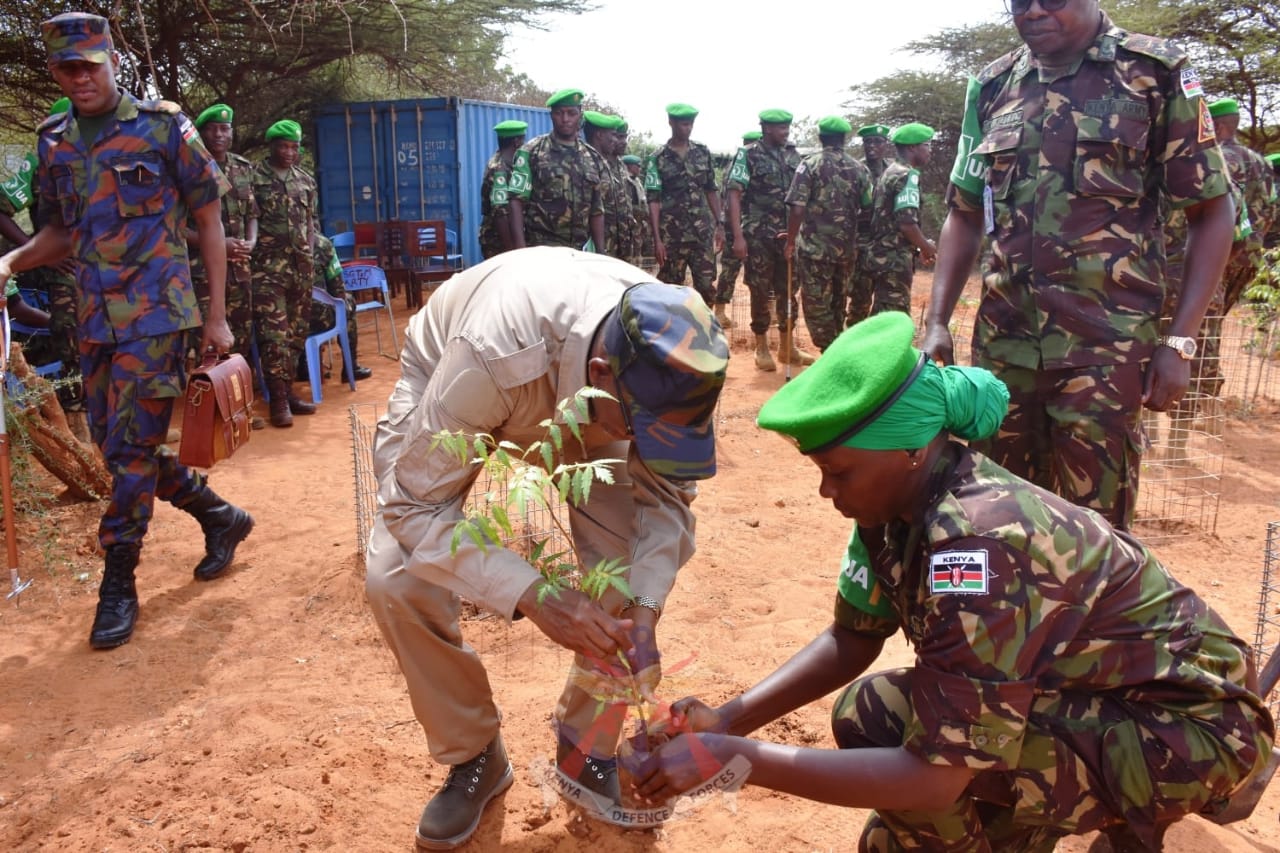 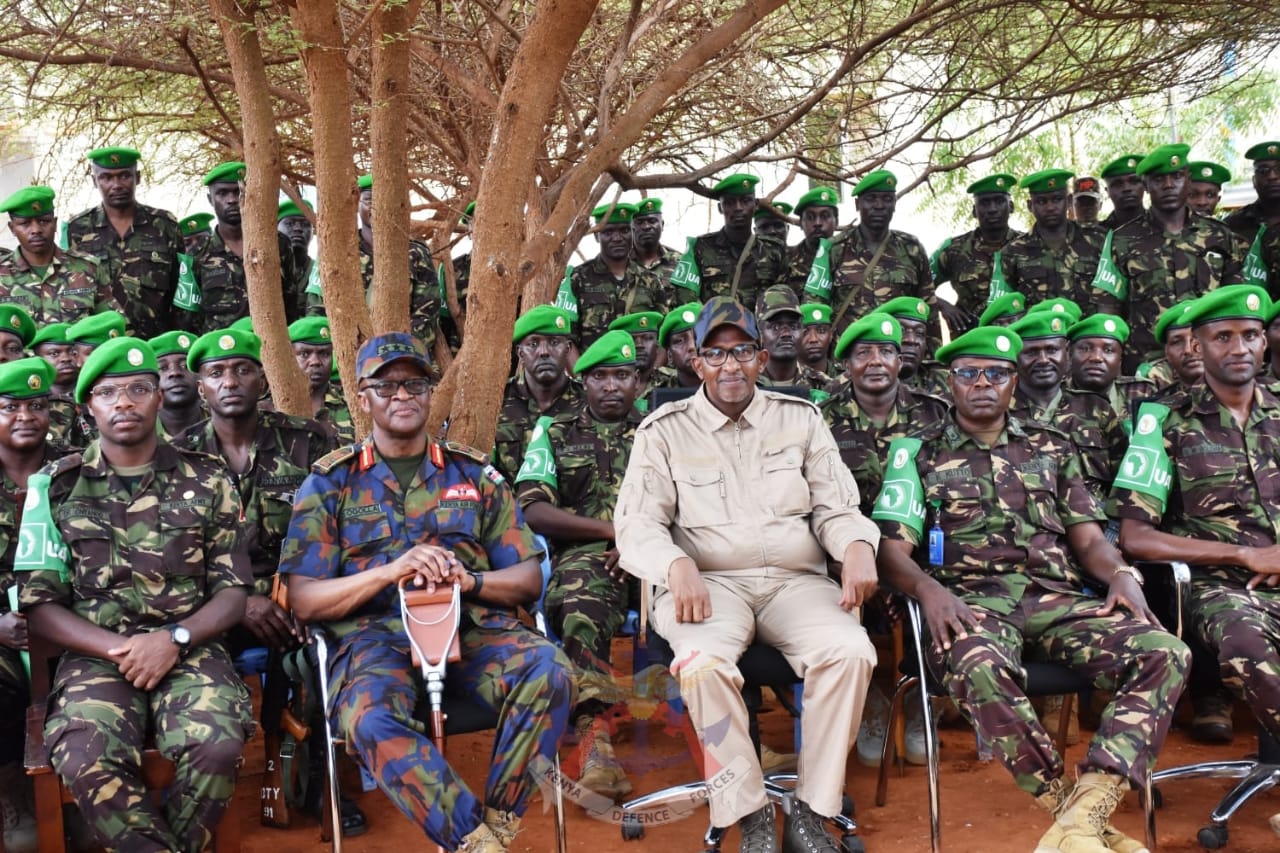 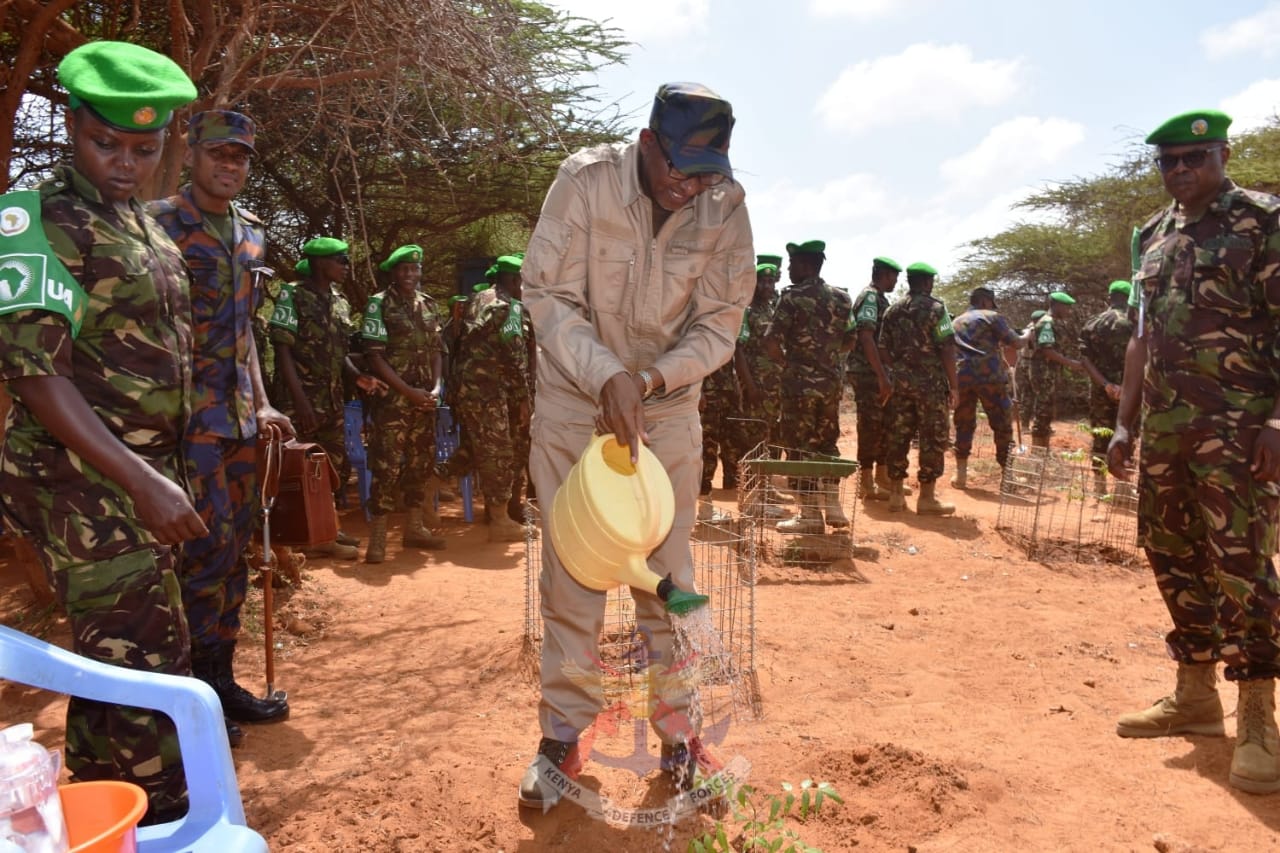 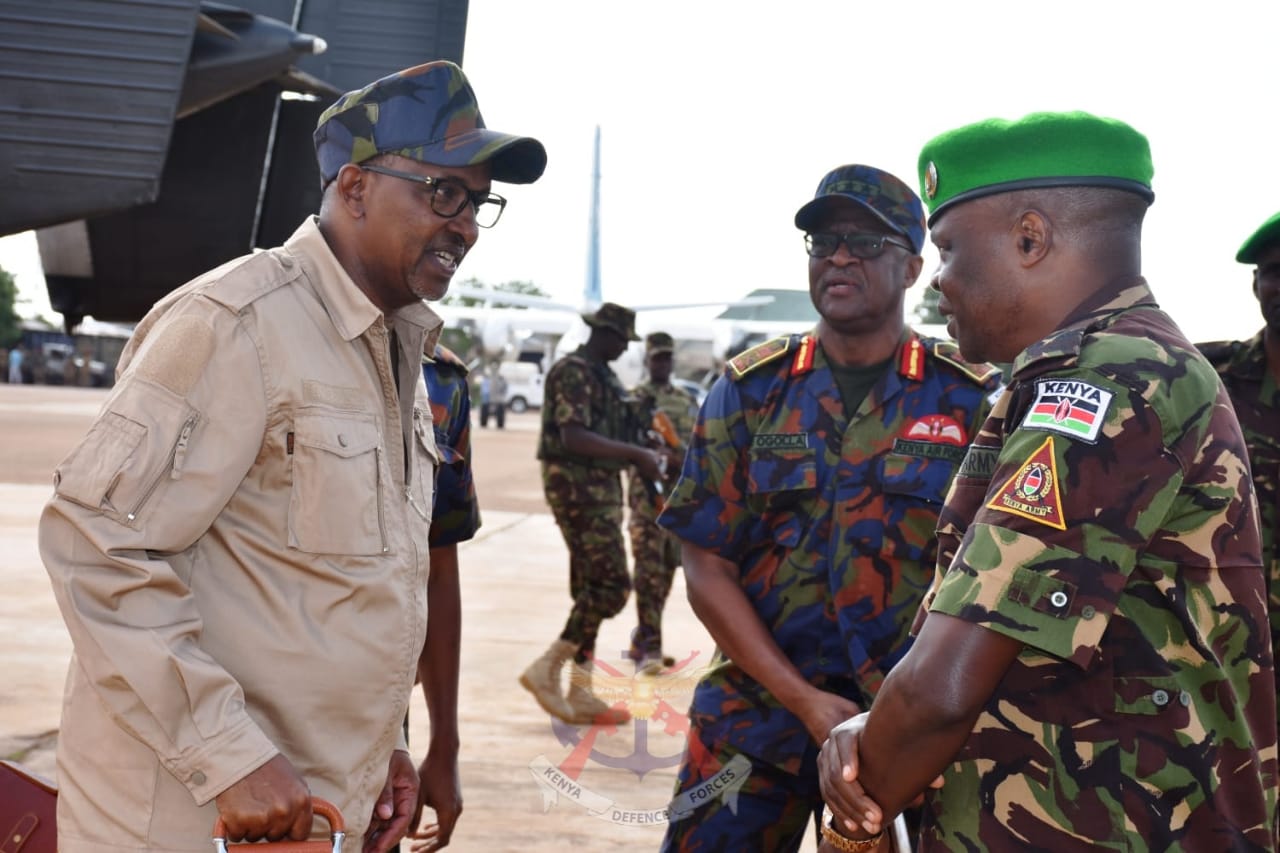 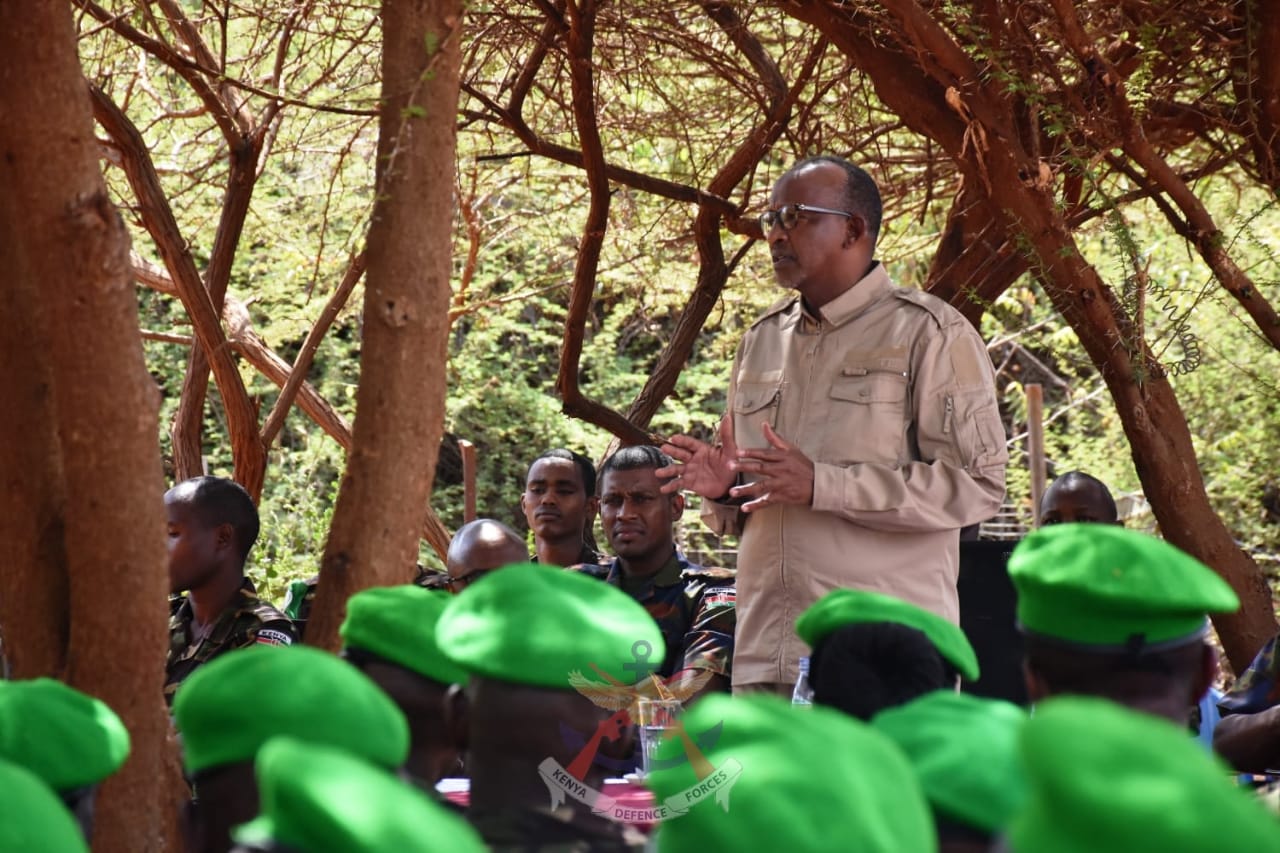