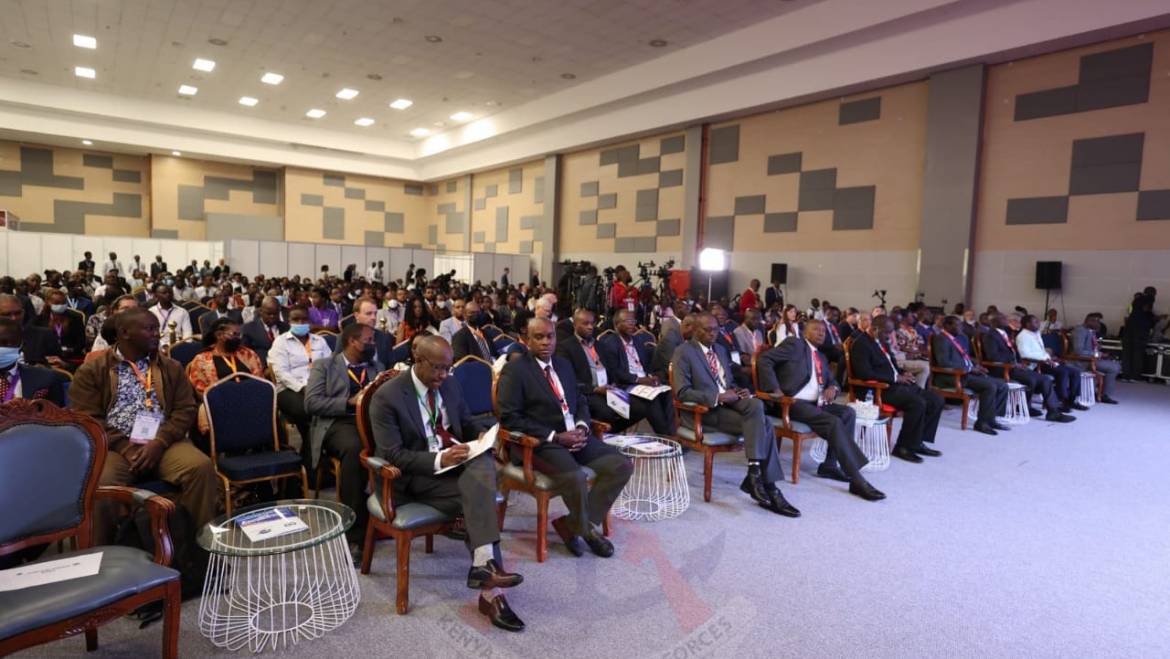 On Wednesday 15th June 2022 the Chief Administrative Secretary (CAS) in the Ministry of Defence Hon. Peter Odoyo, officially opened a three-day Space Expo and Conference at the Sarit Expo Centre in Nairobi, on behalf of the Cabinet Secretary Hon. Eugene Wamalwa,

The expo hosted by the Kenya Space Agency is themed ‘Leveraging Space Capabilities for National Development.’ The event brings together both local and international players in space science and technology comprising government, policy makers, experts, academia, researchers, and start-ups among other key players.

In his remarks read by the CAS, the CS noted that the space sector has become a new domain for competition among world powers and a new frontier of investment with many nations out to seek a piece of the lucrative pie.

He reminded the participants of Kenya’s journey in space exploration dating back to 1964 when Kenya established the San Marco Project in Malindi in collaboration with the Italian government. The cooperation led to the launching of the first satellite ‘Uhuru’ in 1970 from the facility to study celestial bodies using X-ray astronomy.

“Our nation did not take full advantage of the opportunities that existed then. However, I am happy to note that, with the establishment of the KSA, there’s a reawakening of the nation to take its rightful position among the space-faring nations, not for exploration but to seek solutions to the challenges we contend with and to improve the lives of our people towards achieving the Kenya Vision 2030 and the Big Four Agenda,” the CS said in the speech.

He affirmed that space technologies and applications were critical in weather monitoring and prediction, and environment monitoring thus enhancing agriculture and food security.

“The list of impactful space applications is endless with more applications being developed by day which offers enormous opportunities for our innovative, highly skilled, and talented young minds in the country. I’m happy that some of these young people are already seizing the opportunities and are showcasing some of their innovations at the exhibition.” the CS added.

Hon. Wamalwa lauded the partnership between KSA, SayariLabs and Endurosat from Bulgaria through which a small Earth observation satellite is being developed for climate change monitoring where the satellite, TAIFA-1 is expected to go into orbit early next year.

The Agency is also developing a 6U earth observation satellite through the African Development Satellite (AfDevSat) Initiative in partnership with space agencies from Egypt, Ghana, Nigeria, Sudan and Uganda under the mantra ‘built for Africa by Africans’.

“These satellites and several others after them will augment existing systems and provide data and information to better inform decisions on climate change monitoring, mitigation and adaptation in our country,” said the CS in his speech.

He appreciated the role played by international partners like UNOOSA, Italian Space Agency (ASI), and Japanese Aerospace Exploration Agency (JAXA) for their support in capacity-building initiatives and helping to bridge the space technological divide between the industrial north and the developing south.

Through technical assistance and cooperation from UNOOSA and JAXA, Kenya launched its First Kenyan University Nano-Satellite -Precursor Flight (1KUNS-PF) which remained in the orbit for two years before deorbiting in 2020.

The CS affirmed that the Government is committed to providing the necessary resources to support initiatives aimed at developing the national space capability to enable the country to derive the benefits that accrue with the utilization of space services and technologies.

“Kenya welcomes foreign investment in the development of both horizontal and vertical infrastructures including commercial launch facility to take advantage of the geographical position along the equator which leads to cost savings for equatorial rocket launches.”

The Chairperson of the KSA Board of Directors Major General (Rtd) James Aruasa noted that the expo is conceptualized to continue the conversation around the synergy needed to realize a thriving space economy and space industry in the country.

“We have invited partners and experts from the region and internationally to share their insights and experiences on how to grow the space industry in Kenya for the benefit of national development,” said the Chair.

He reminded the participants that KSA is mandated to promote, coordinate and regulate space-related activities in the country.

KSA acting Chief Executive Officer (Ag CEO) Colonel Hillary Kipkosgey noted that the Agency has developed content and plans to roll out Space Clubs in primary and secondary schools in the country to spur interest in young learners to pursue space-related careers in the future. He added that the Agency was “ready and willing to engage with industry players locally, regionally and internationally, to explore areas of mutually beneficial collaboration and partnership in the utilization and exploitation of space as well as the development of Kenya’s space sector.”

The participants were taken through key exhibition booths where local and international partners showcased technologies, applications and innovations. 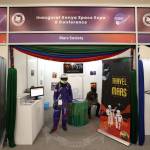 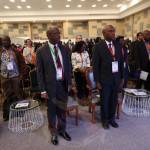 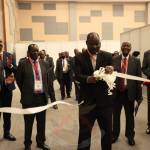 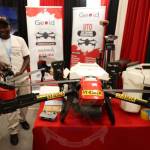 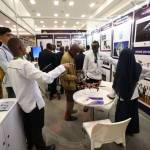 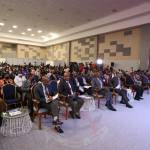