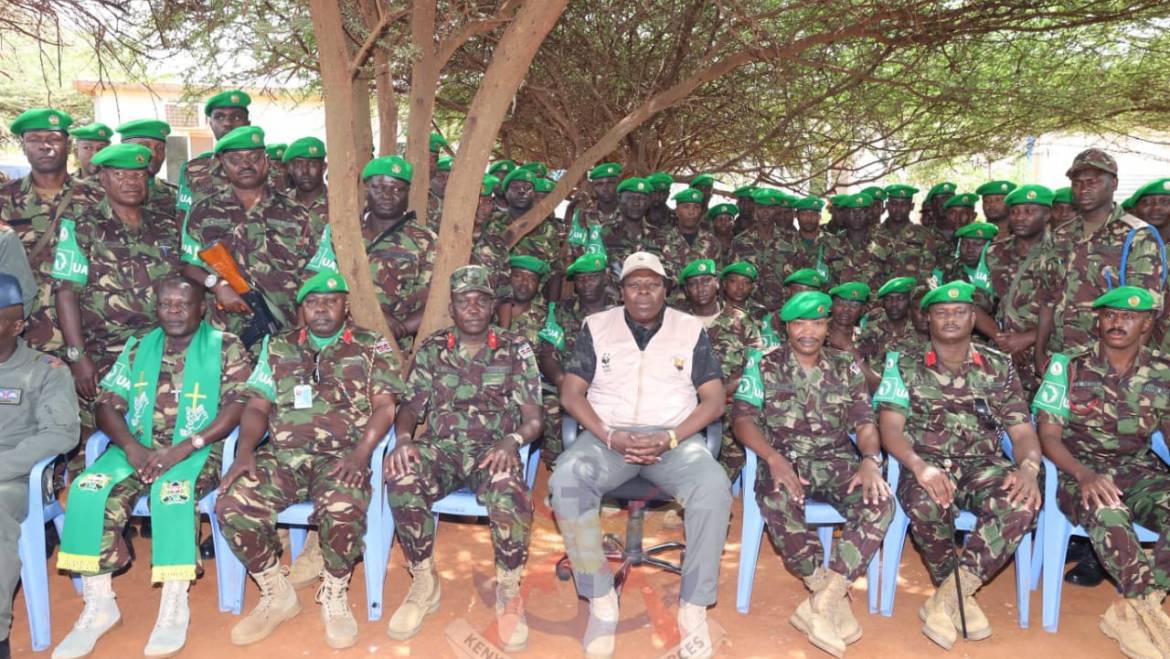 The visit aimed at boosting the troops’ morale as they continue with operations against Al Shabaab and capacity building for the Somalia National Security Forces.

The CS appreciated the selfless effort of the troops in executing the ATMIS mandate and reiterated the Government’s commitment to support the soldiers’ welfare and that of their families, while deployed in mission areas.

“We can not thank you enough for your service and we appreciate the role you are playing here, for the love of humanity,” said the CS.

Colonel Joel Maiyo, representing the Kenyan Contingent Commander during the visit, noted that the soldiers remained mission ready and have been carrying out their duties diligently and with integrity.

“Discipline and professionalism has been paramount in executing our mandate under ATMIS,” said Col Maiyo.

The Commanding Officer Kismayu FOB Lieutenant Colonel Daniel Kasaine appreciated the CS saying the visit will go a long way in boosting the soldiers’ morale in undertaking their duties.

Later, the CS visited the Kenya Navy Base Manda Bay where he interacted with KDF troops and other security agencies deployed under the Multi-Agency Operation Amani Boni.

At Kenya Navy Base Manda Bay, the CS told the soldiers that the Ministry of Defence is committed to improving their welfare. He mentioned the upgrade of healthcare infrastructure across the country, citing the regional hospitals opened in Eldoret, Isiolo and Nairobi.

The CS was accompanied by the Chief of Inspectorate Brigadier Francis Lobaly. 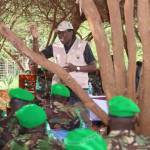 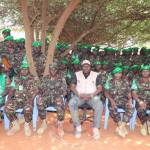 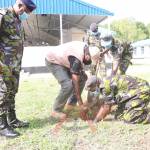 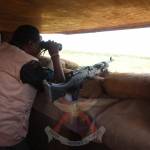 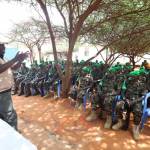 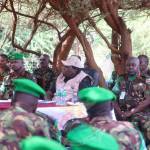 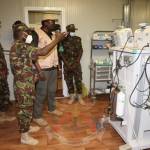