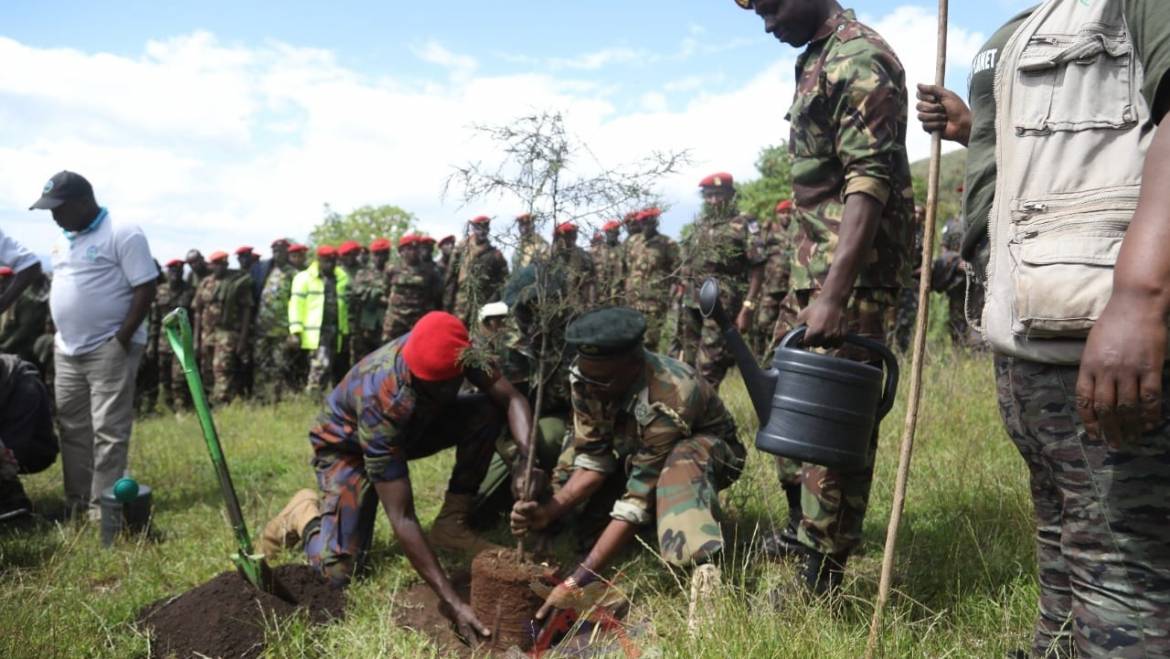 On Tuesday, 29 November 2022, Military Police Corps of the Kenya Defence Forces (KDF) in partnership with Greens of Africa Foundation participated in planting over 20,000 trees in Kipipiri, Nyandarua County.

This is in line with the Environmental Soldier Program, a KDF initiative that puts the soldier at the fore of tree planting as well as the Government’s program of planting over 15 billion trees in the next ten years to combat the effects of climate change.

The exercise was also part of the reafforestation program of the Aberdares after fire burnt down parts of the forest three years ago.

Speaking during the exercise, the Commanding Officer (CO) Provost Protection Unit (PPU) Lieutenant Colonel Kelly Opiyo stated that the exercise is in tandem with KDF efforts towards actualizing environmental sustainability goals. He further said that planting of trees will go a long way in mitigating environmental degradation that has resulted in drought in various parts of the country.

The Chief Executive Officer (CEO) of the Greens of Africa Foundation Mrs Jedida Wanyeki expressed her gratitude to the KDF and other stakeholders for understanding the importance of restoring lost forest cover and repairing damaged ecosystems. 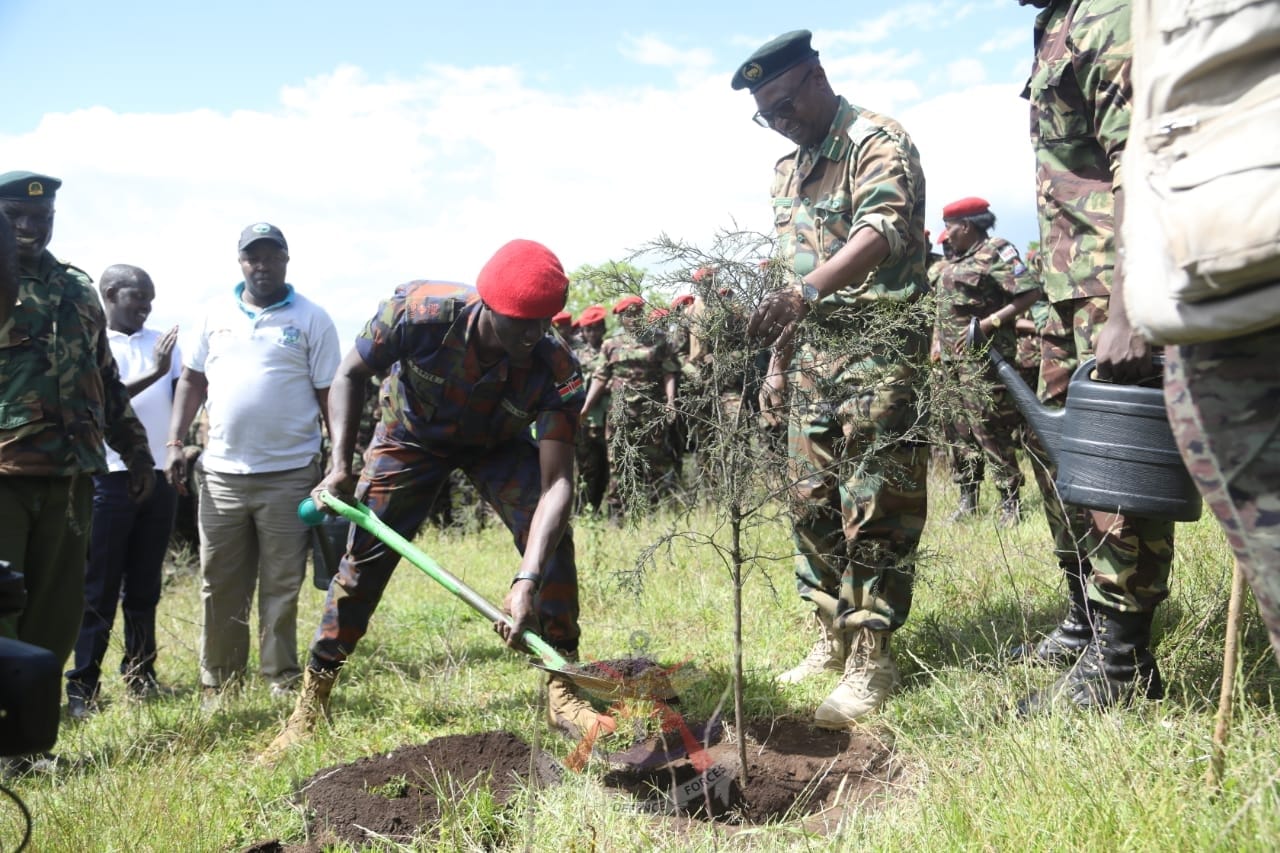 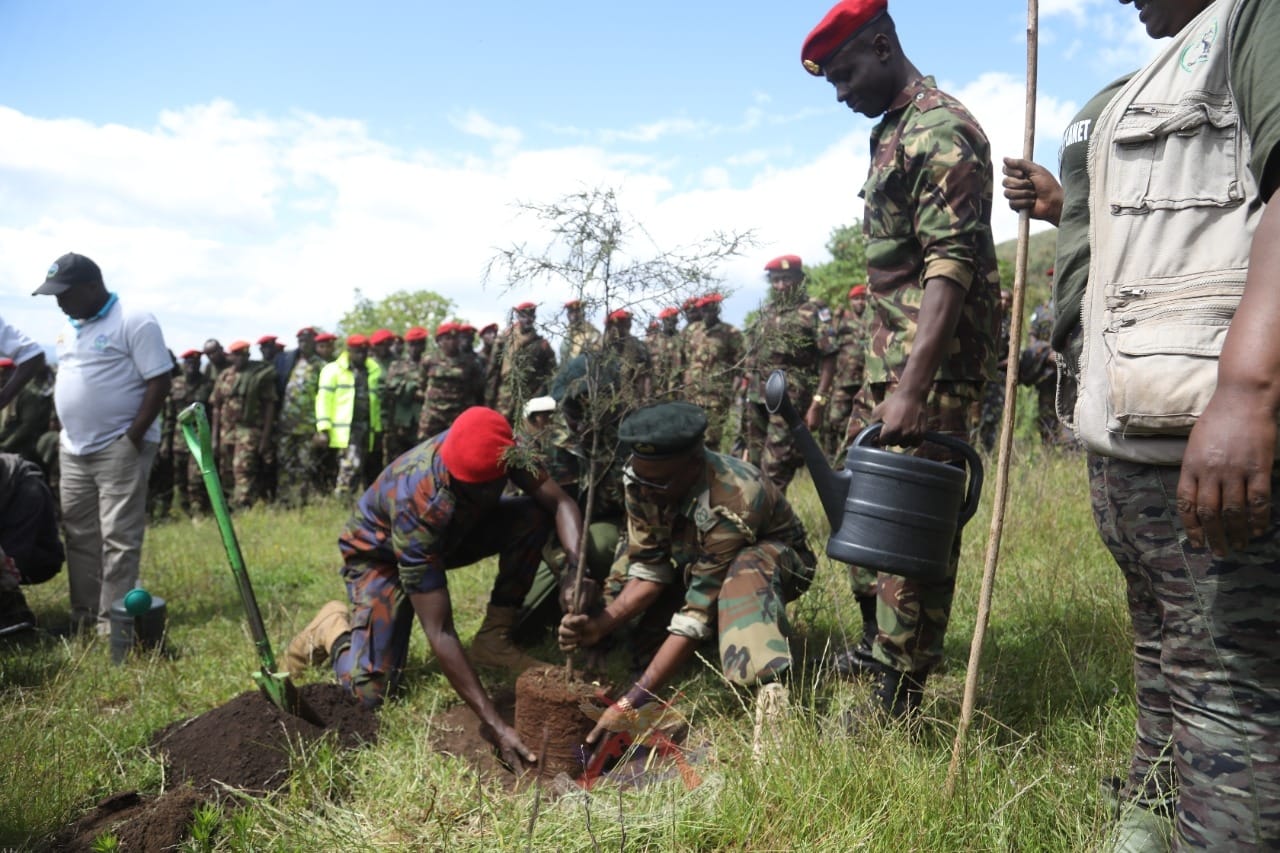