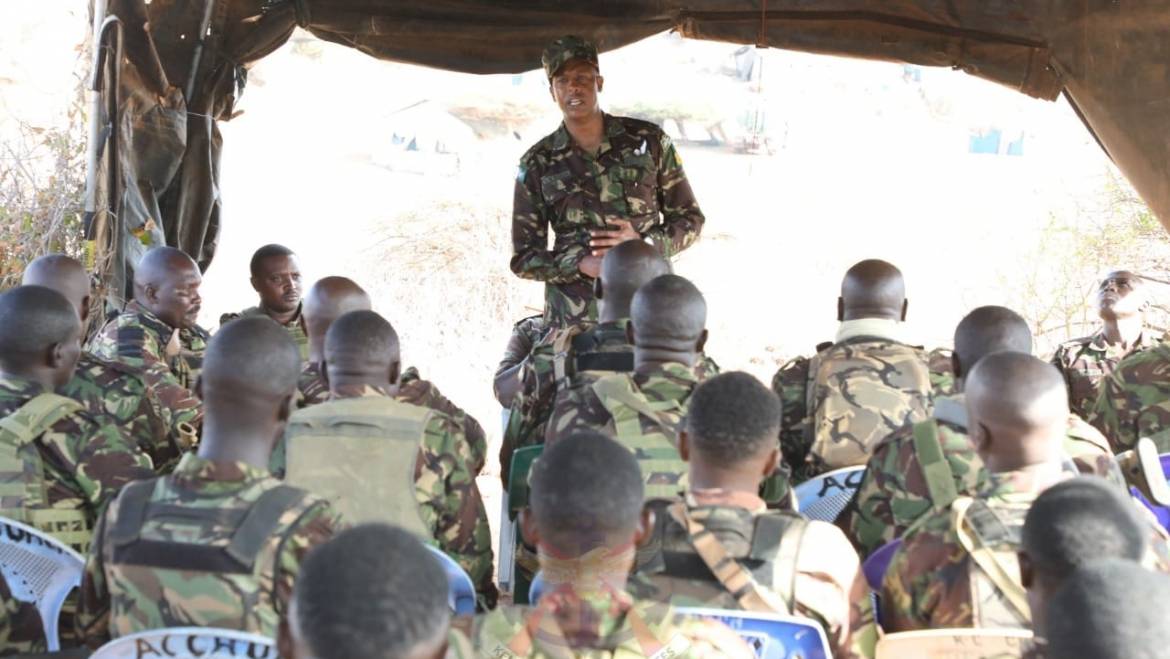 He was accompanied by OAB commander Emmanuel Ptiony. He lauded the troops for their sacrifices in service to humanity urging them to continue with their efforts to enhance security in the region.

“To sustain social economic development of the region, peace is paramount, and you play an important role to that end,” He reminded the troops.

He also praised the soldiers for giving it all to the tasks assigned and urged them to continuously improve their skills in their tour of duty.

Comd ASOB further assured the troops that KDF leadership will continuously strive to sharpen their skills and enhance their capabilities as they execute the assigned duties. 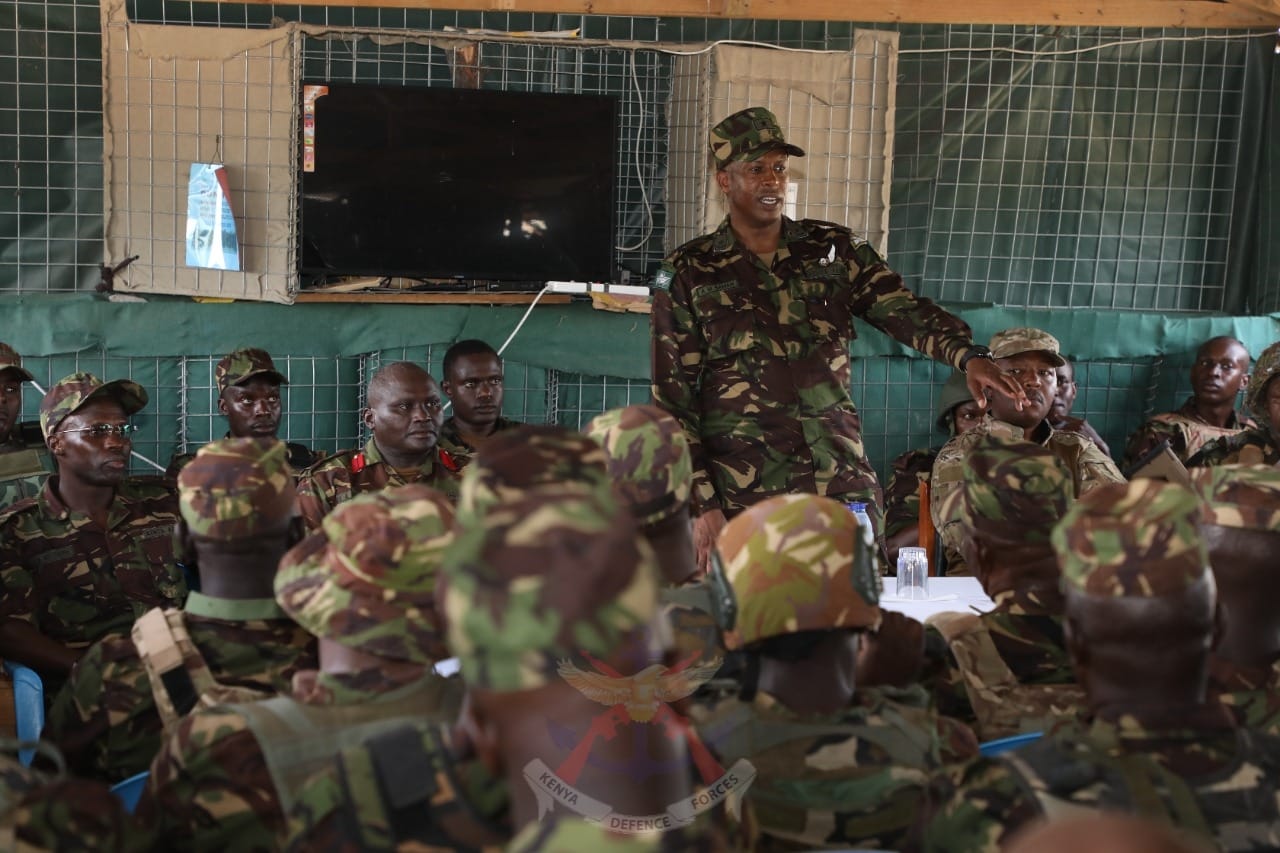 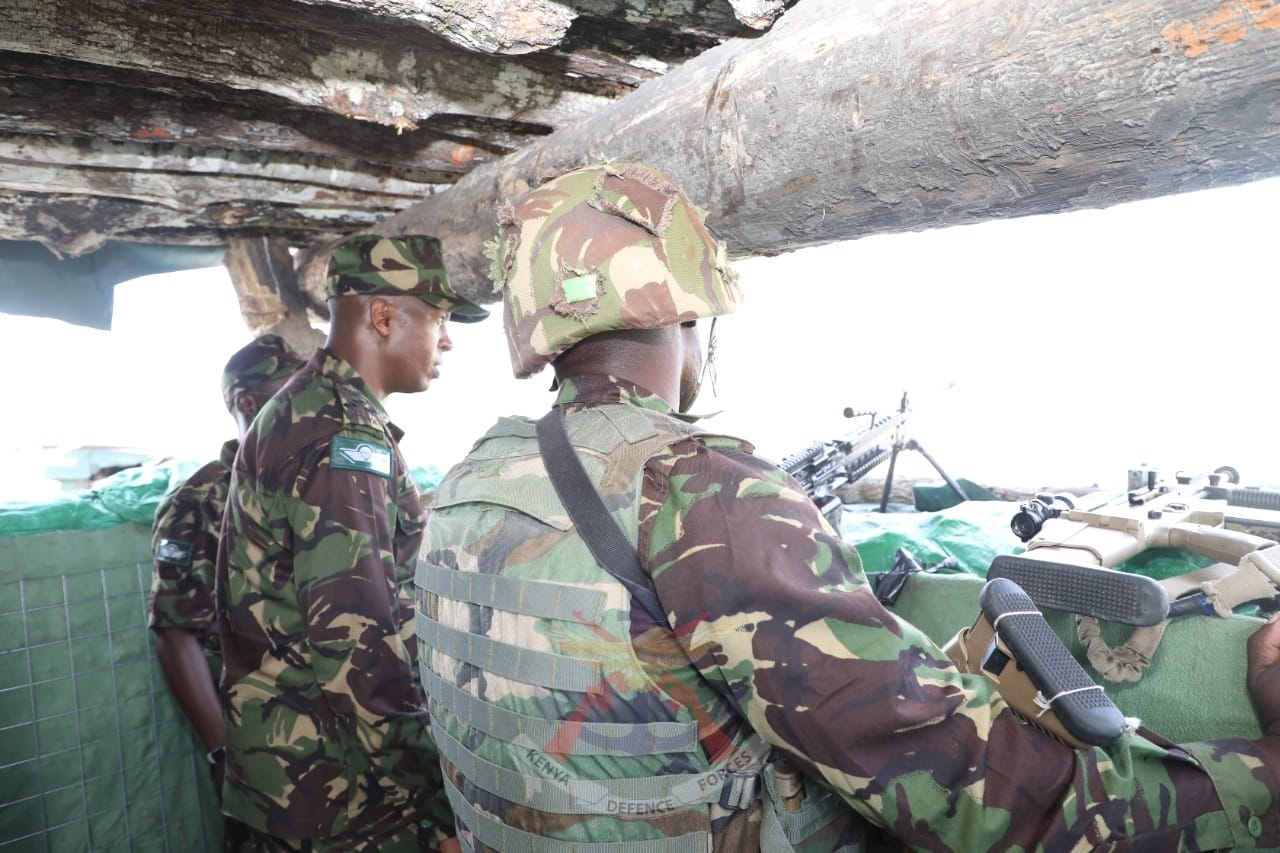 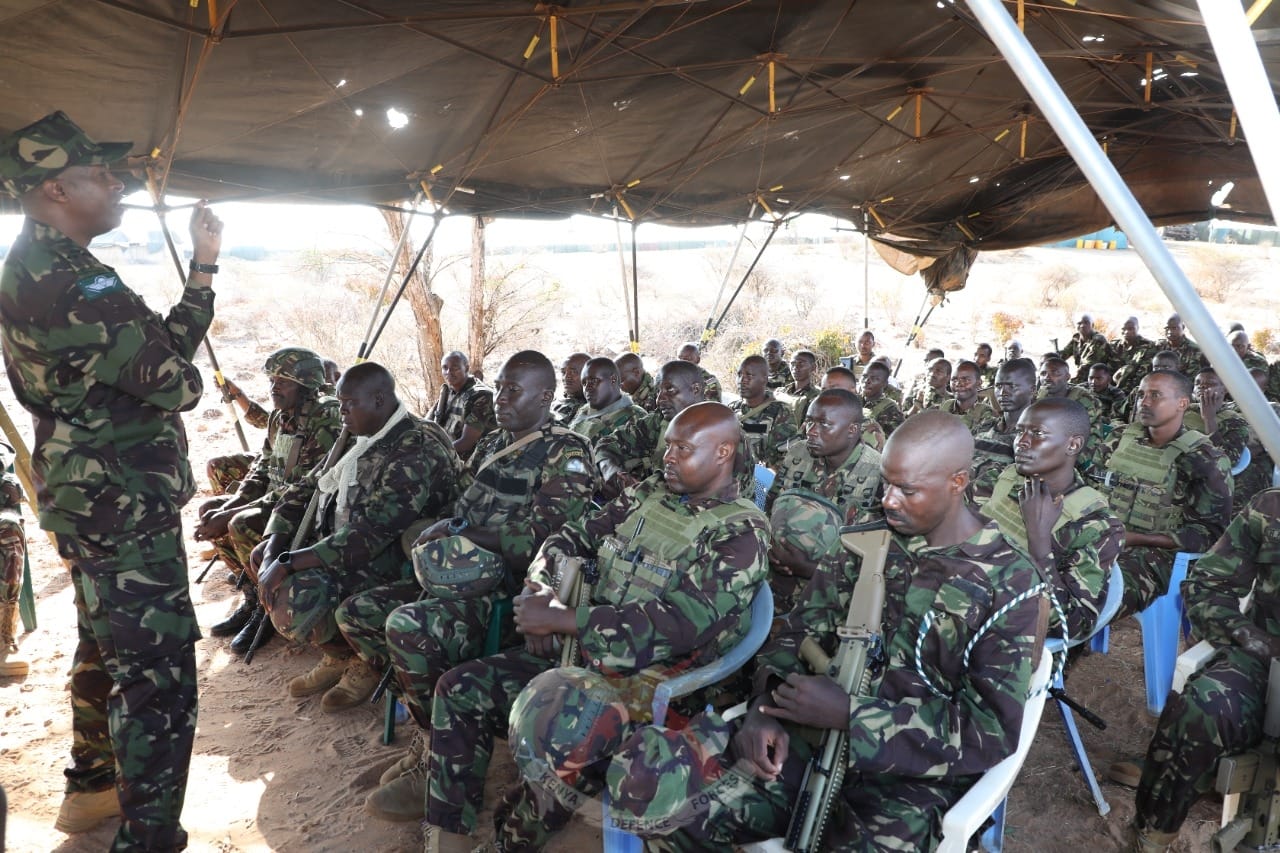 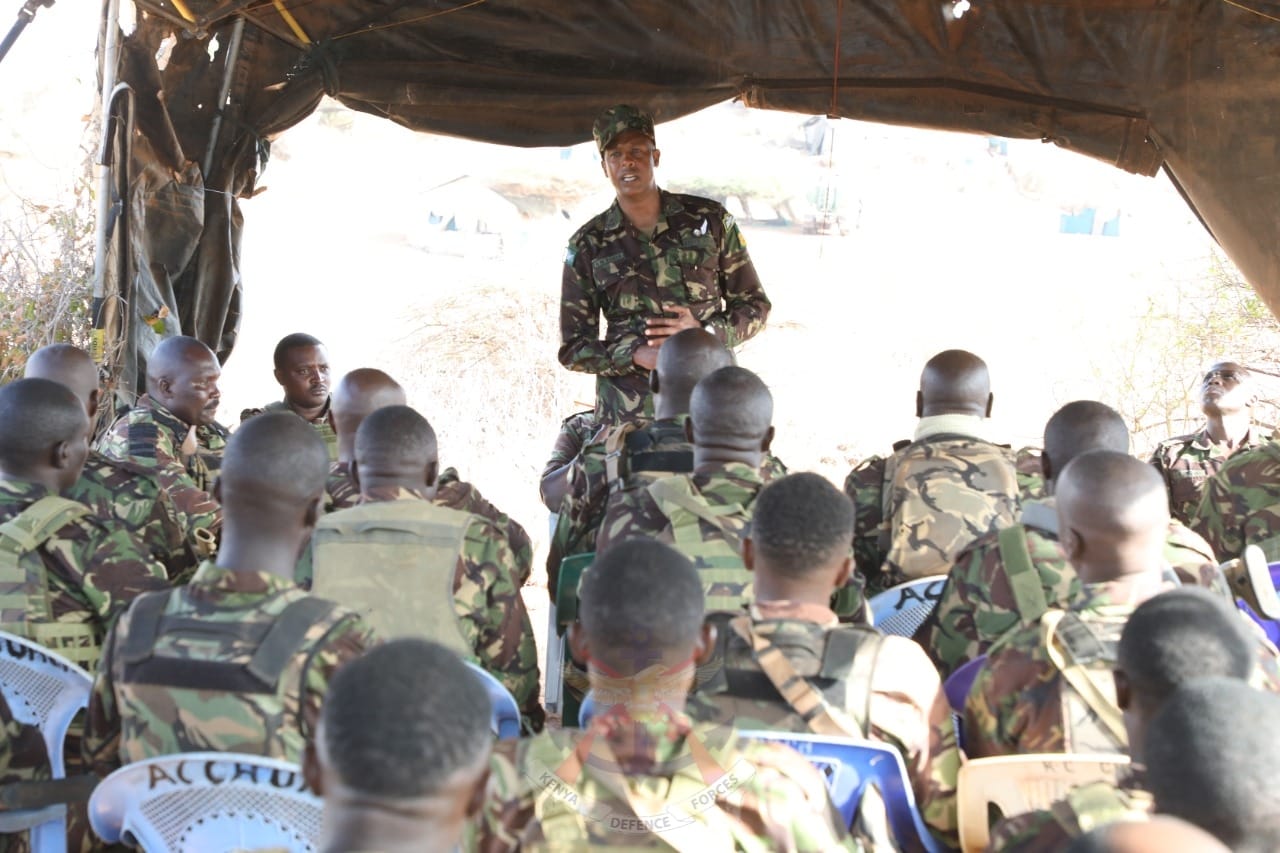 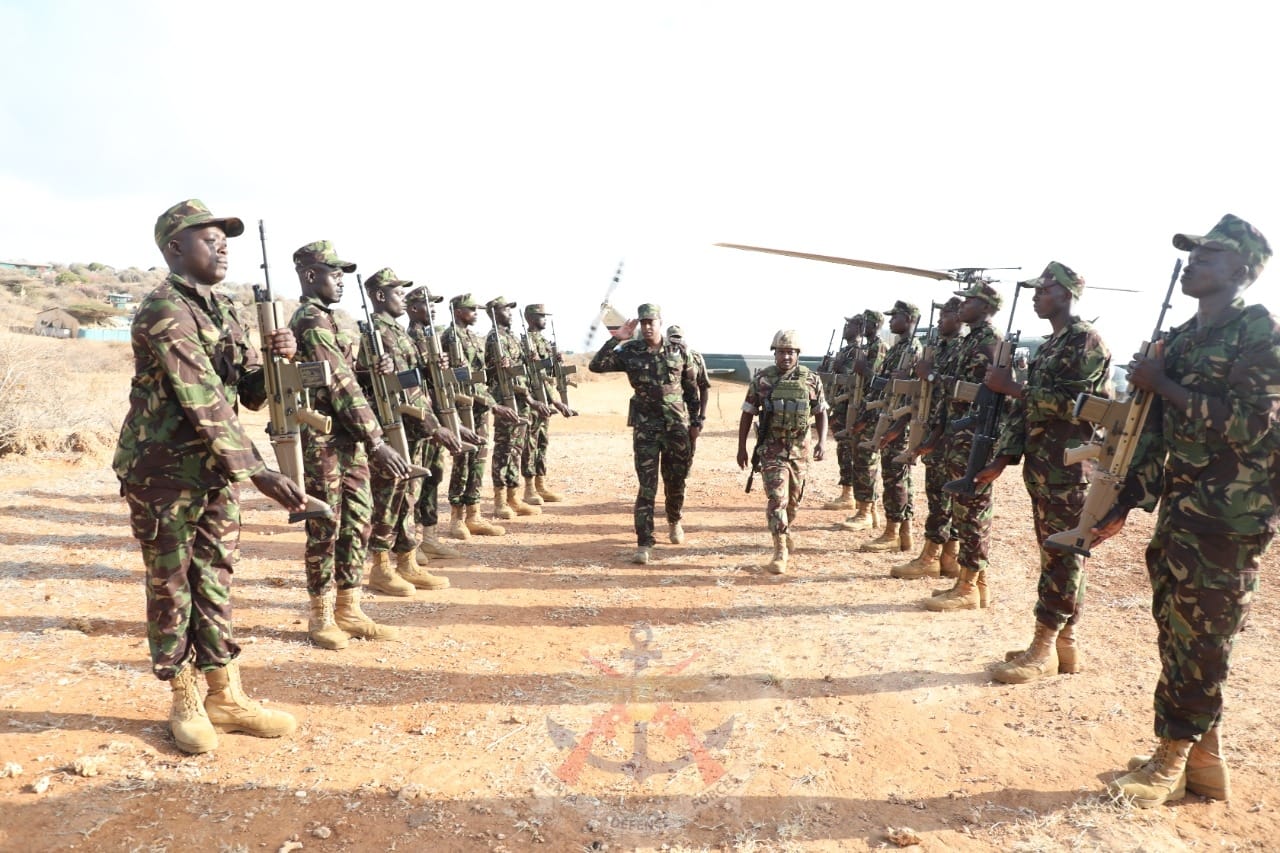 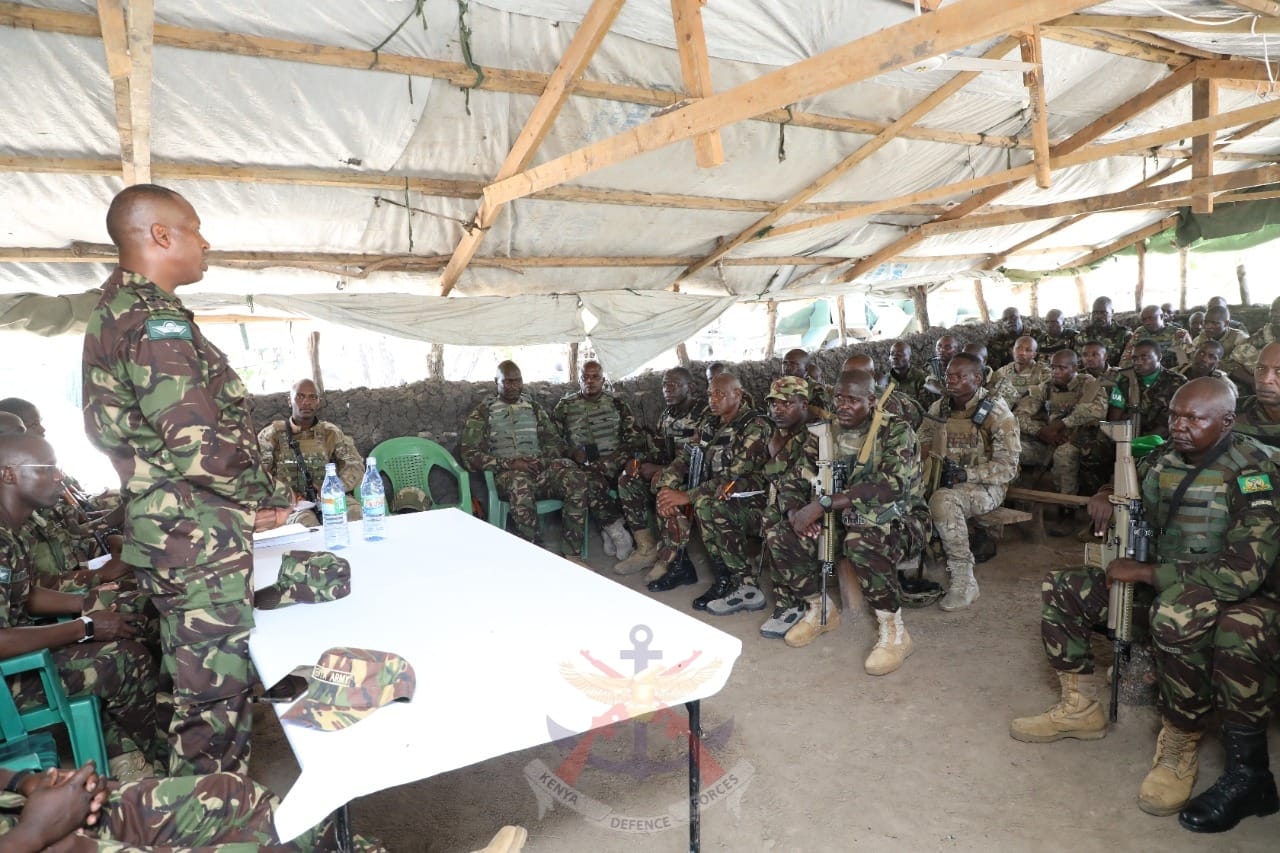