ANCHORS AWAY!, FOR GRADUATE JUNIOR OFFICERS 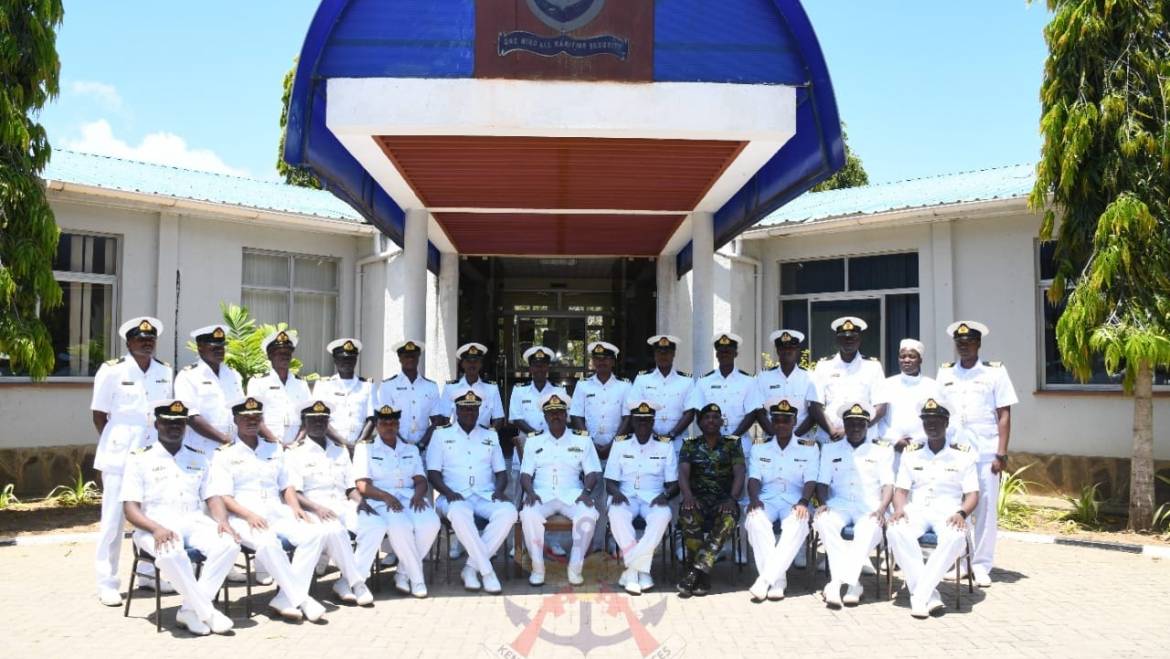 While delivering his speech during the ceremony, the Chief Guest, the Commander Kenya Navy Base Mtongwe Brigadier Yahya Abdi, commended the graduands for successfully completing the six- month strenuous training and achieving a great milestone in their career.

He urged the Junior Officers to maximally utilize the knowledge and skills imparted to them, in their various deployment areas in order to carry-out their tasks professionally.

” As Junior Commanders, all the training you will undergo is to prepare you become better leaders. The more you put into practice what you are taught the more professionally you will execute your tasks’’ said Brigadier Abdi.

The Commandant KNTC Colonel Eliud Keter encouraged the graduands to improve on themselves beyond what they have been taught in class. “It is imperative that you individually embark on the journey of continuous self-improvement. Seek to further your skills and knowledge from the available educational sources. Get to benefit from the experience of others in order to make yourself and your units better in terms of professional performance.” Noted the Commandant.

Later on, Brigadier Abdi launched the Kenya Navy Navigation Square at the KNTC.

Consisting of most of the naval navigation aids, the Navigation Square will enable Sailors and Officers correctly identify and familiarize themselves with the various navigation aids during their different training sessions at KNTC.

JOC-X was tailored towards impacting knowledge and skills on maritime operations to the Junior Officers to enable them efficiently carry out tasks on board ships and on ashore formations.

The Course was also aimed at imparting basic maritime knowledge to the Officers to prepare them for the future Command roles in the Navy.

The graduands were later awarded certificates of Course Completion by the Chief Guest, Brigadier Abdi. 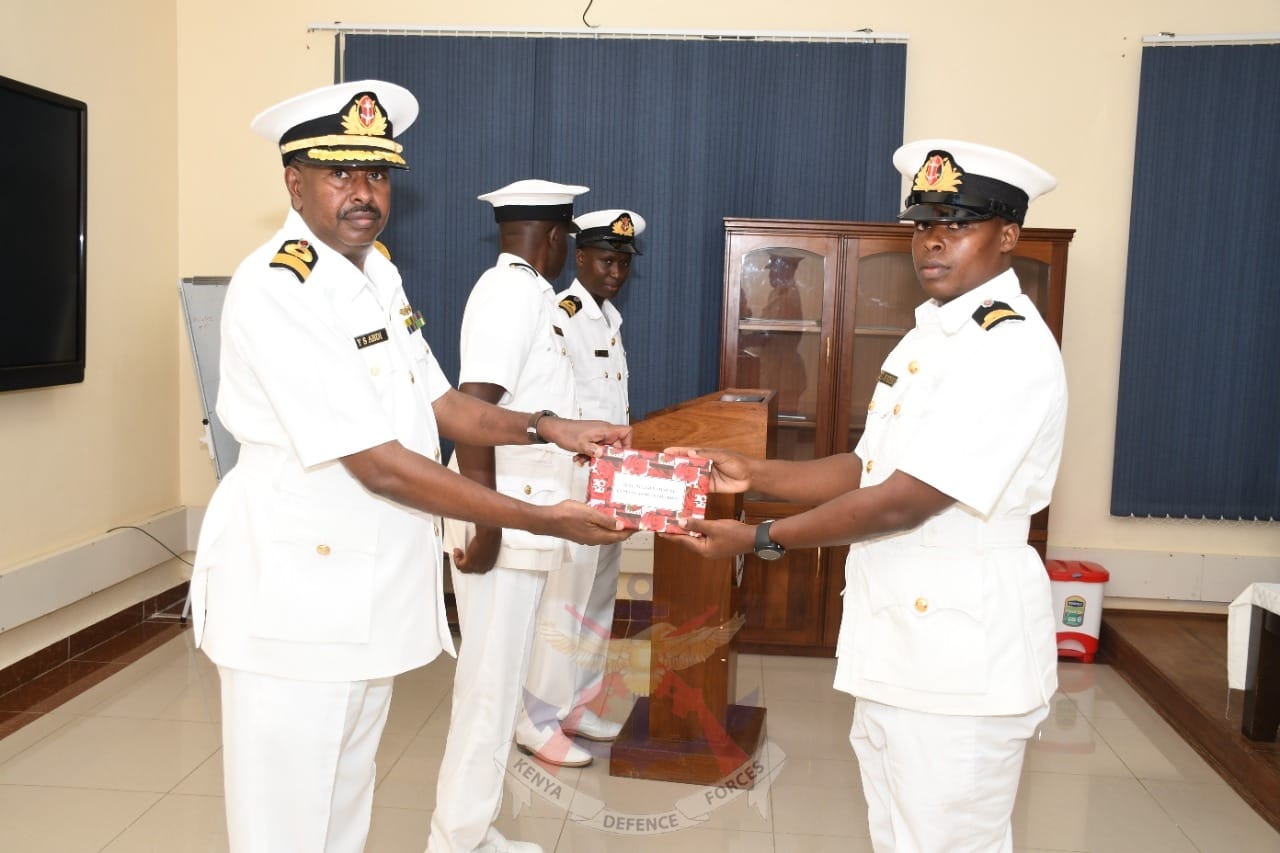 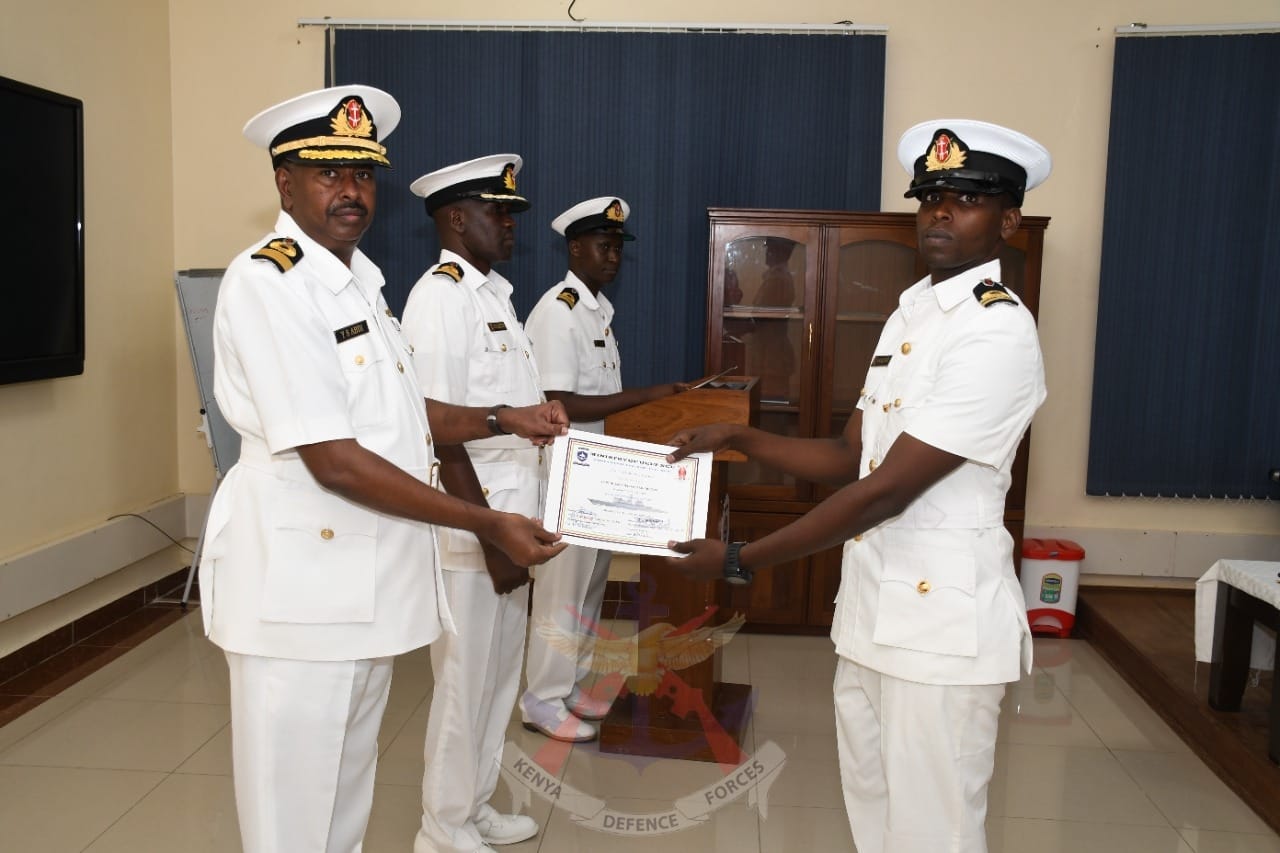 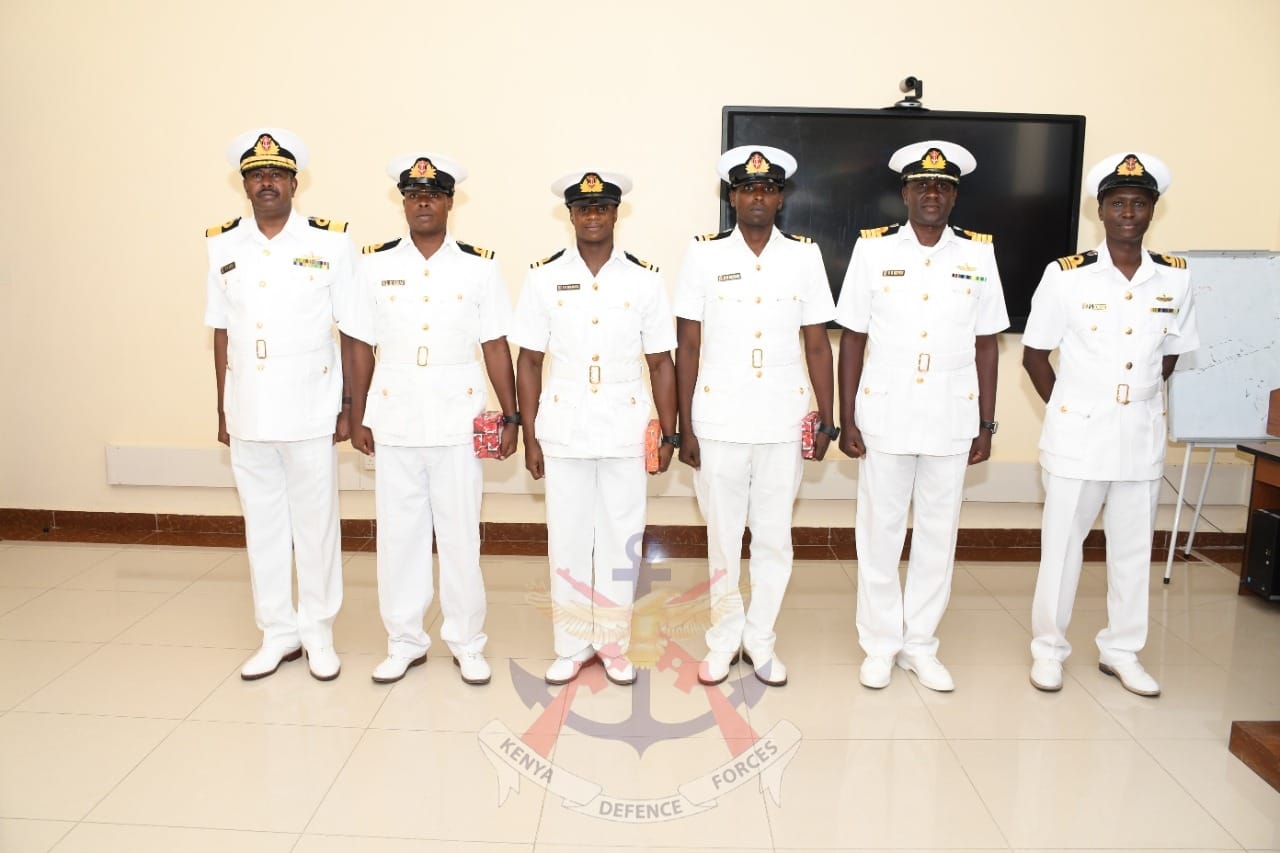 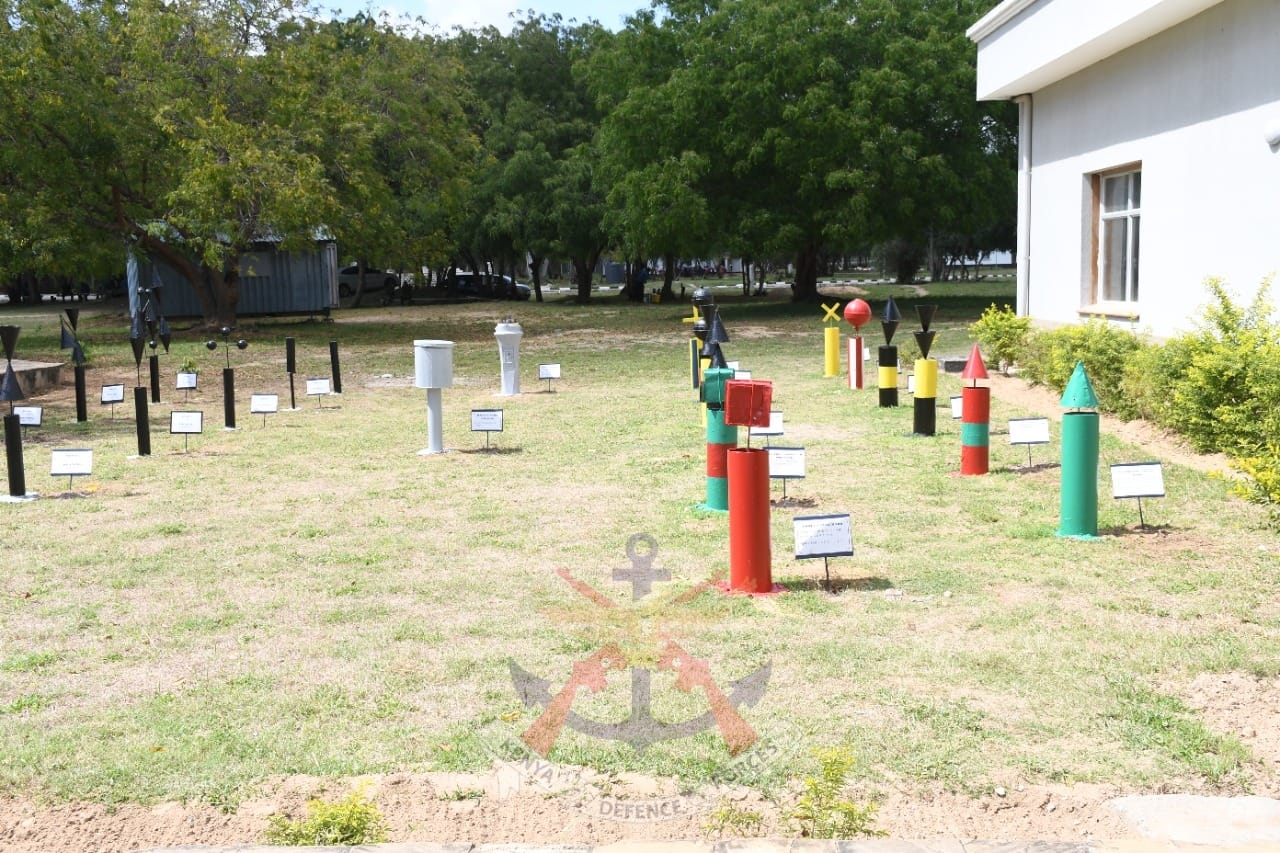 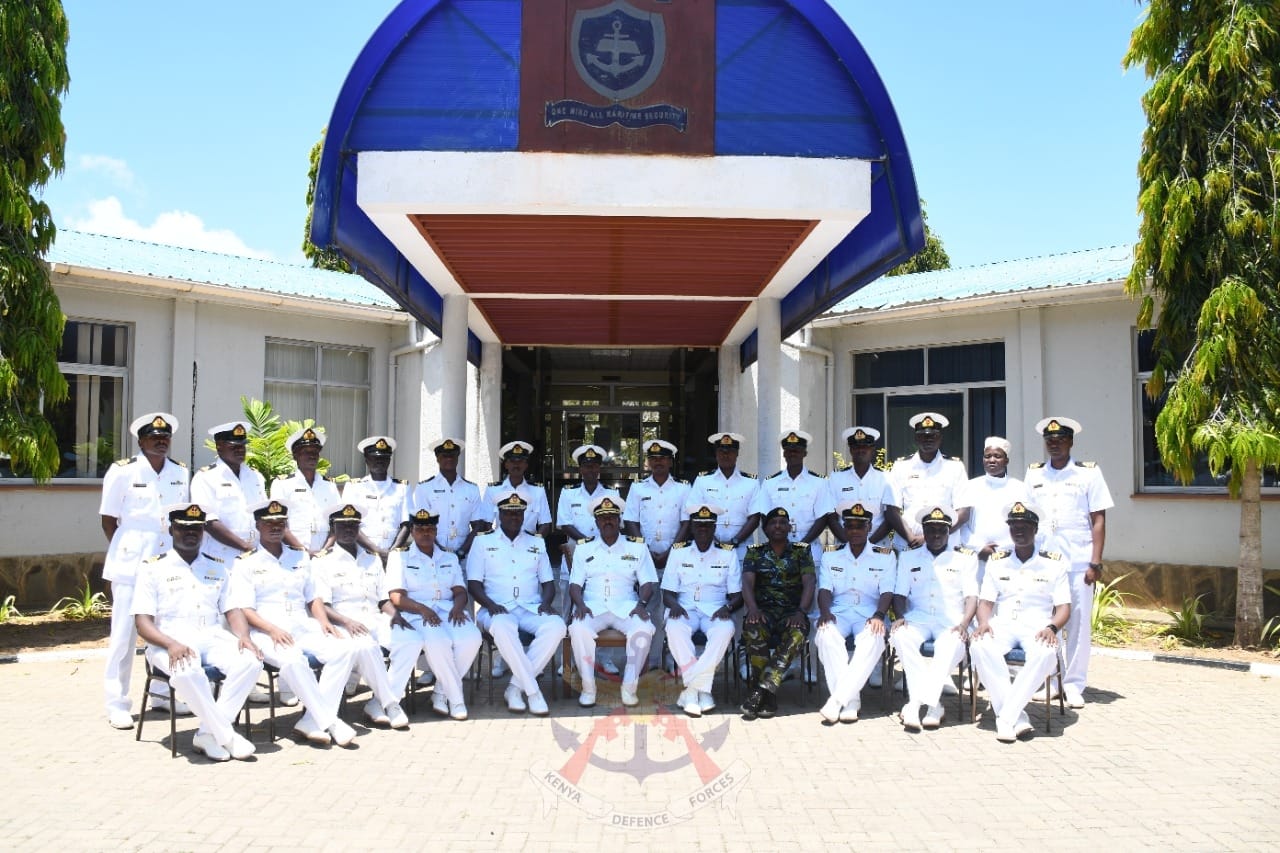 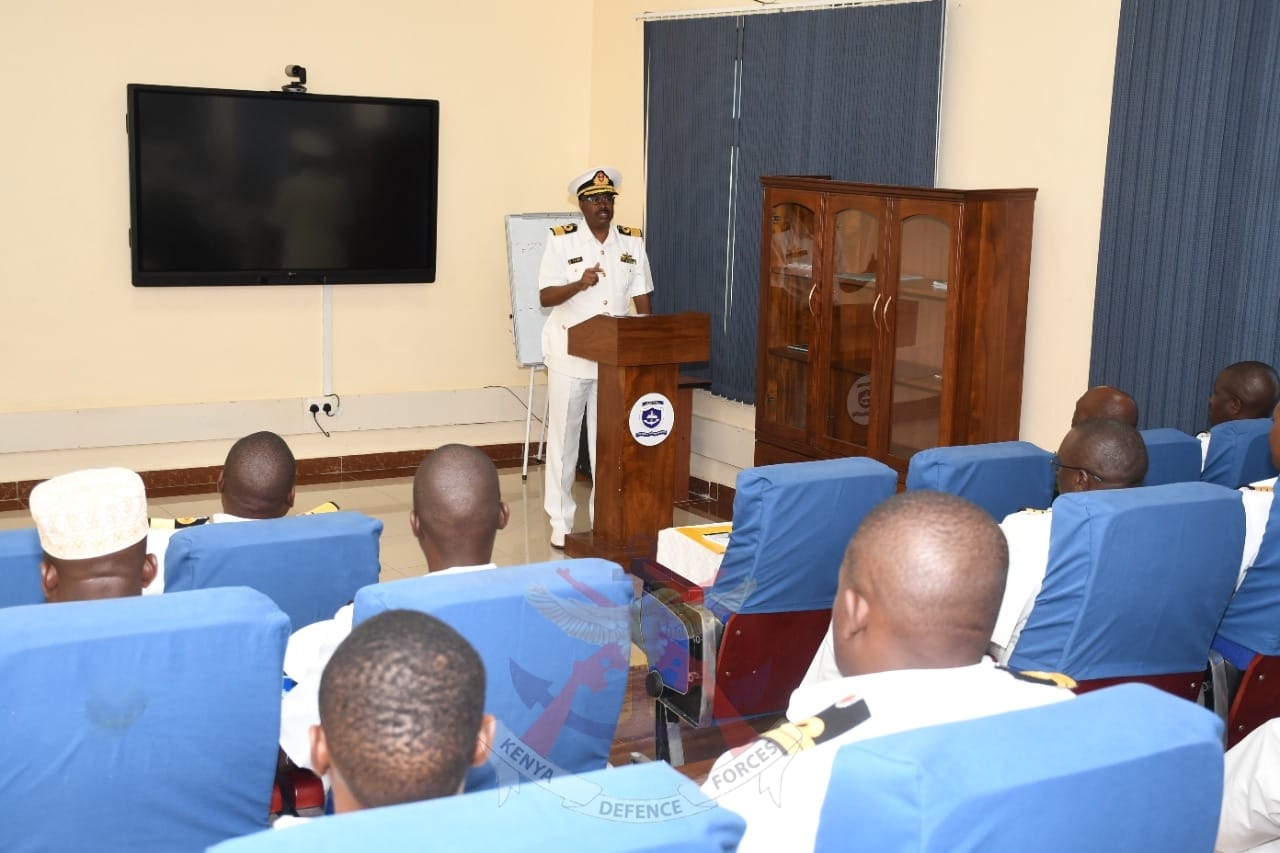 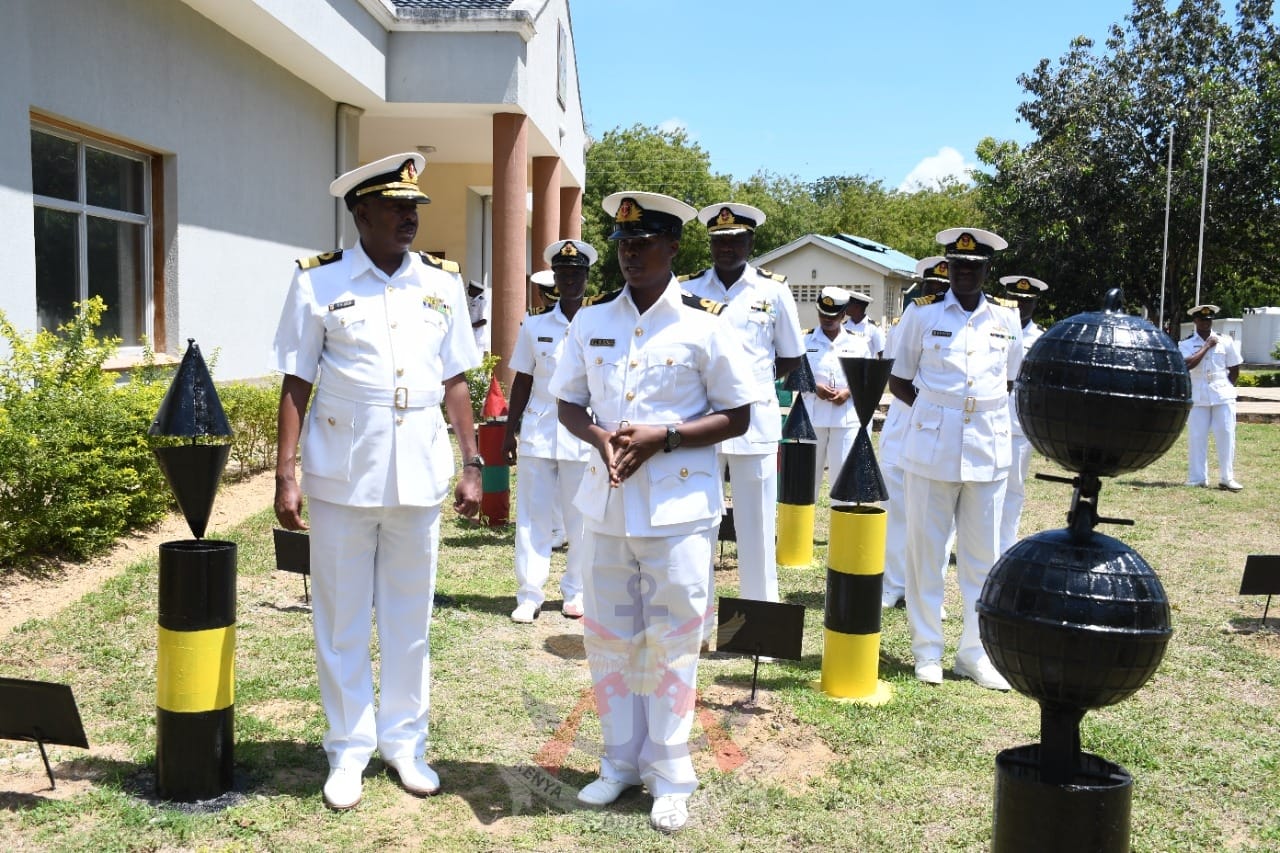