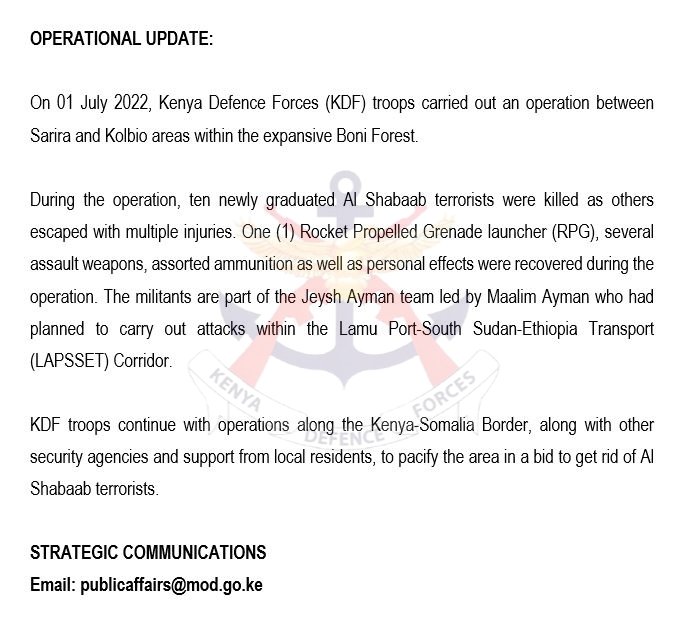 On 01 July 2022, Kenya Defence Forces (KDF) troops carried out an operation between Sarira and Kolbio areas within the expansive Boni Forest.

During the operation, ten newly graduated Al Shabaab terrorists were killed as others escaped with multiple injuries. One (1) Rocket Propelled Grenade launcher (RPG), several assault weapons, assorted ammunition as well as personal effects were recovered during the operation. The militants are part of the Jeysh Ayman team led by Maalim Ayman who had planned to carry out attacks within the Lamu Port-South Sudan-Ethiopia Transport (LAPSSET) Corridor.

KDF troops continue with operations along the Kenya-Somalia Border, along with other security agencies and support from local residents, to pacify the sarea in a bid to get rid of Al Shabaab terrorists.