KENYA NAVY RESCUES CREW OF SEVEN FROM A CAPSIZING BOAT 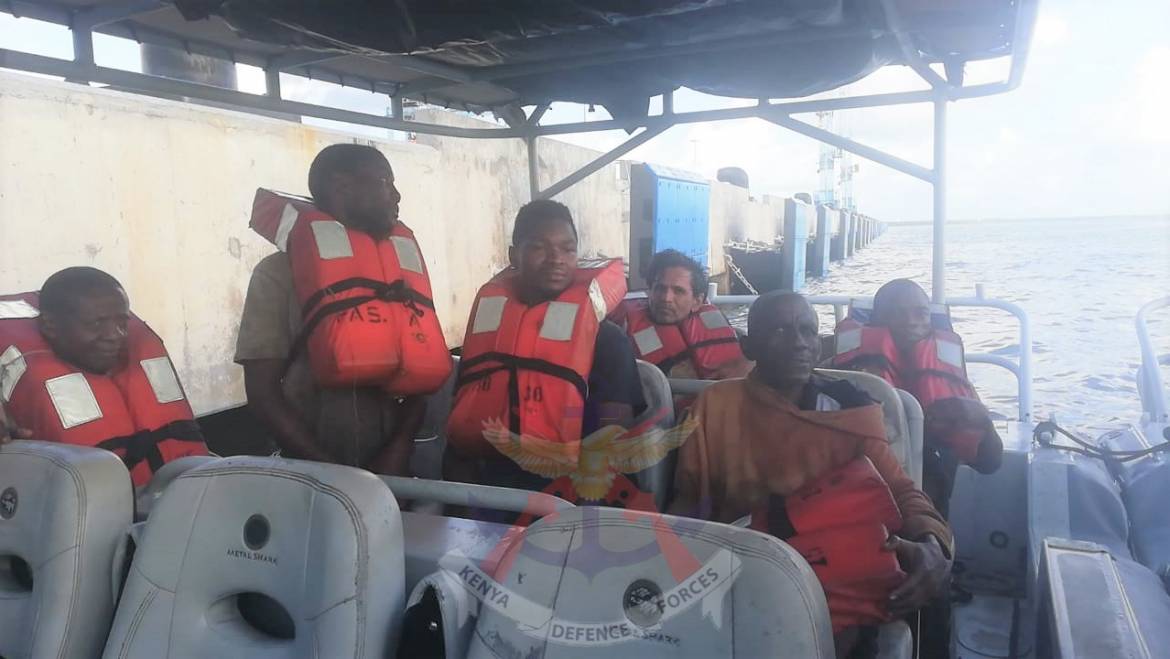 SBU team leader Lieutenant (Lt) Eric Irungu confirmed that he received a signal from Kenya Navy Ship (KNS) Jasiri to attend to a distress call from MV Ferooz. “We responded immediately and found the boat flooding and the engine was off. We immediatelly embarked on saving the crew before the boat capsized,” added Lt Irungu.”

While expressing gratitude, the boat Chief Engineer Swaleh Lamazani emphasized the good relationship and cooperation accorded to them by the Kenya Navy service personnel.

“We developed technical complications after our water pump failed and water started flooding the boat’s main engine shutting it down. Realizing that we were taking in more water than we could draw out, we placed a distress call and Kenya Navy immediately came to our rescue,” noted the engineer.

KNS Jasiri had received a distress call from the boat captain Muhamud Salim who was grateful for the swift response, “I am grateful to Kenya Navy for their quick response and their efforts to save our lives,” the boat Captain added.

The crew of seven, one Indian and six Tanzanians, were allegedly on board MV Ferooz on a voyage to Kismayu, Somalia from Dar Salaam in Tanzania to buy scrap metals.

The crew was rescued and handed over to Lamu Port Police Station for further processing. 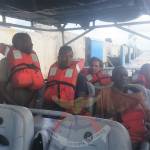 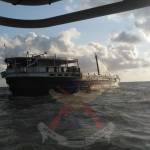 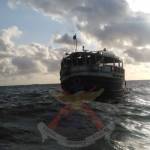 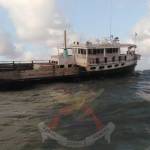