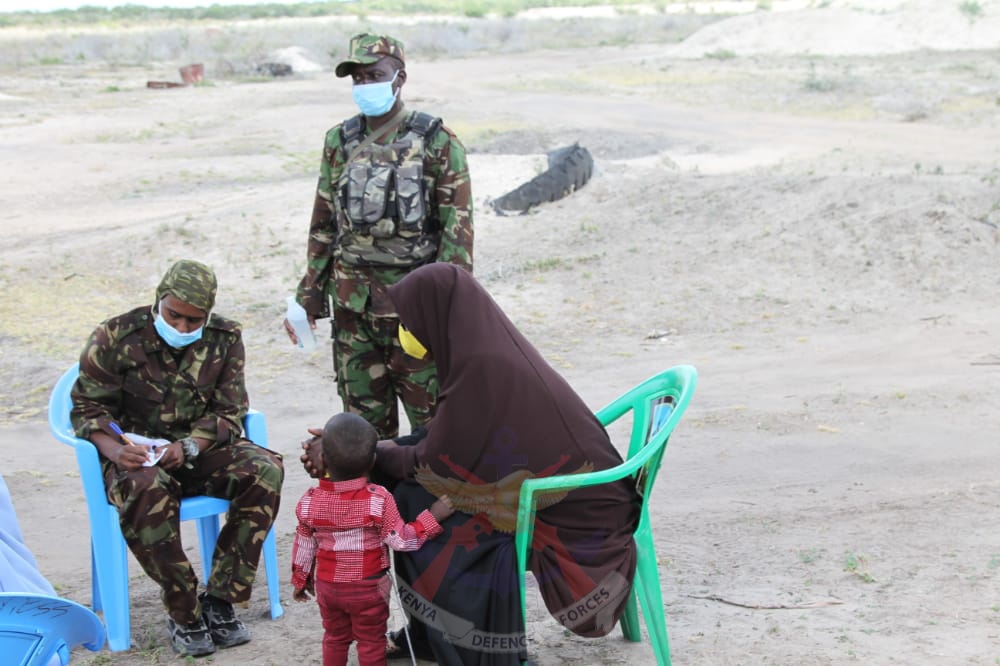 KOLBIYOW, 19th August 2021 – Kenya Defence Forces (KDF) troops deployed in Kolbiyow in support of the troops serving under the African Union Mission in Somalia (AMISOM) offered free medical assistance to the residents of Kolbiyow in the Lower Juba region. The medical camp was organised by the troops as part of its activities aimed at supporting local communities in their areas of responsibility and improve on quality healthcare delivery.

The medical camp benefitted over 150 households with the elderly, women and children being the greatest beneficiaries as they were treated for various illnesses. The troops led by the Kolbiyow Regimental Medical Officer Captain (Dr) Habil Wesonga also offered the residents with professional medical advice on how to live healthy lives.

The residents and Somali Security Forces were also sensitised on the Covid-19 mitigation protocols. The medical team underscored that the awareness about the pandemic is important to ensure that the KDF troops and the community around them have the necessary information to keep them safe and reduce the spread of the virus. 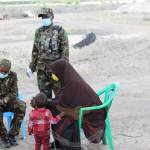 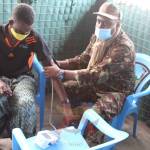 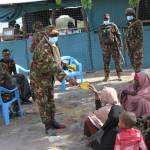 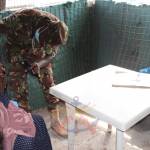 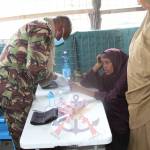 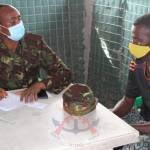 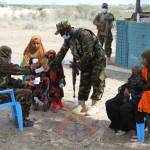 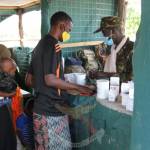