CURED OF BURULI ULCERS – A MEDICAL MIRACLE IN KISMAYU 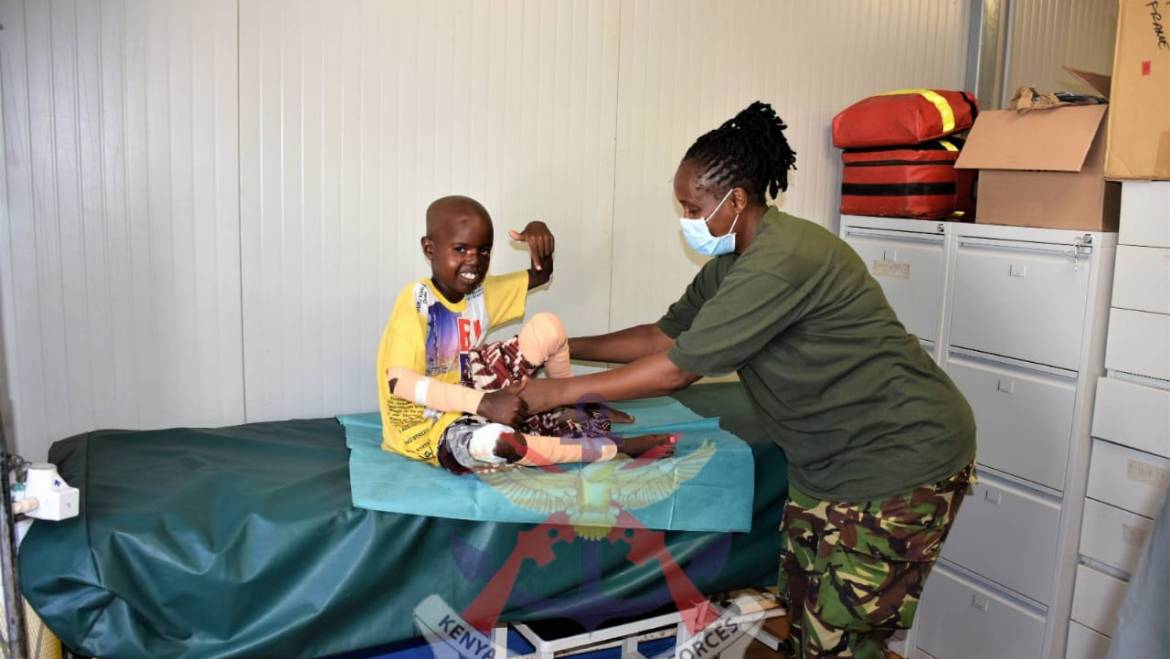 A family living in Afamadhow, Somalia could not hide their joy after Kenya Defence Forces (KDF) under the African Union Mission in Somalia (AMISOM) offered specialized care to their son who had been ailing from a rare skin disease for over two years.

Ahmed Sahal was diagnosed with Buruli ulcers in 2018 when he was just nine years of age resulting to a complicated journey with the ailment.

The condition started as a mere pimple in the upper part of his limbs where he was treated at a local hospital in their neighbourhood only for the condition to recur in his lower part of the limbs months later.

In September 2018 Sahal’s condition deteriorated when a doctor attending to him in one of the hospitals in Kismayu allegedly and mistakenly used a pair of scissors to incise through one the pimples resulting to development of a painful wound.

The once healthy, bubbly and playful boy was rendered immobile making his parents take Sahal to Kismayu Level 1 Hospital, manned by the KDF troops under AMISOM in Sector VI.

‘‘His condition deteriorated as he could not move. He depended on someone to be able to move from one place to another. It was painful to see him undergo such pain and incapacitation at a very tender age,’’ said Mohammed Noor, Sahal’s guardian.

A team of KDF doctors gave Sahal specialized and comprehensive medical services while his parents who were facing stigmatization received professional counselling to understand the condition of their son.

“The extended family members moved away from the closely-knit bond we enjoyed before. The young boy faced isolation from his friends and his studies had to be discontinued. All these were some of the stigma and discrimination we faced as a family,” Mr. Noor added.

The family of seven had no one with stable income to cater for the medical fees and other family obligations, making their financial reserves to be drained over time.

‘‘It was very challenging for the family because we had to make ends meet. We could not leave him alone. This meant that we had to get a caregiver to take care of him whenever we are away, which was costly to us,’’ said Noor.

He says that he is pleased with the progress Sahal is making due to the quality medical services accorded to their son at the AMISOM facility, and he considers it a blessing and God sent.

“A lot has changed since the treatment at the KDF facility. Sahal has greatly improved because he now sleeps well and he even plays with the other kids. It’s a great blessing for us, remembering that he couldn’t turn himself in bed, leave alone playing,” said the happy guardian.

Captain Dr. Paul Oluoch, the Regimental Medical Officer at the facility said that the boy is steadily improving as he can now use his limbs unlike when he reported to the facility.

‘‘We are pleased to see the boy’s overall health improving. The medical procedure has lessened his pain greatly. We are still monitoring him to ensure he fully recovers,’’ said Captain Dr. Olouch.

Lieutenant Colonel Godfrey Owuor, the Commanding Officer of the KDF troops at Kismayo affirmed that they are supporting Sahal’s family with foodstuff to ensure they overcome a malnutrition challenge.

“One of the most important requirements for speedy recovery is good nutrition. You won’t heal well if you don’t have the proper nutrition. Owing to the tough economic times, we are supporting the family with foodstuff to ensure they give the boy a balanced diet to hasten his healing process,” said Lt. Col. Owuor.

The recovery of Sahal is one among many medical care success stories by KDF medical practitioners in Somalia demonstrating that apart from fighting the Al-shabab militia, the troops are offering critical services to the Somalia people. 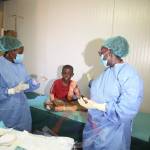 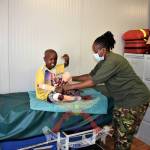 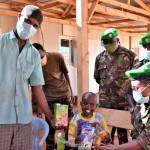 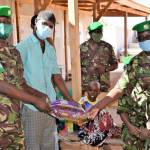 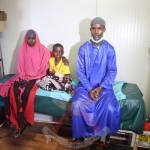 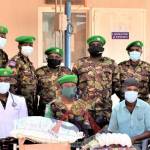