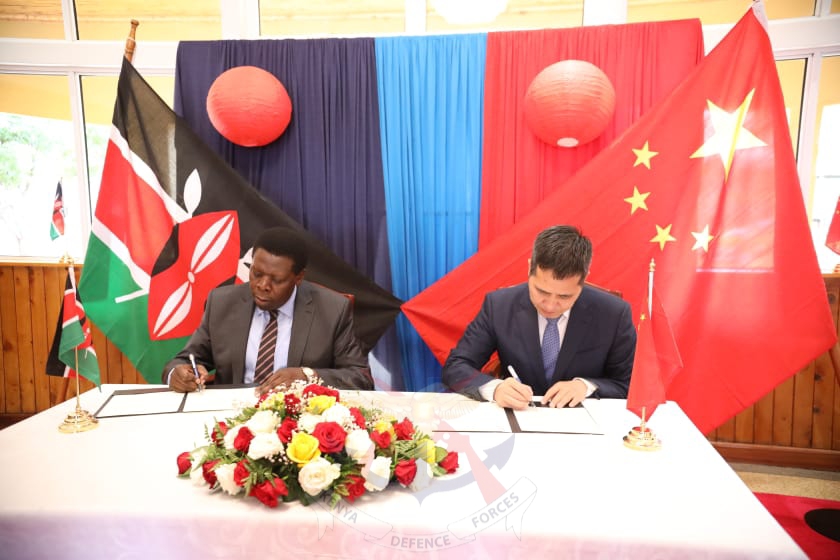 Cabinet Secretary for Defence Honourable Eugene Wamalwa on Wednesday, 30 March 2022 received military vehicles and engineering equipment from the  People’s Republic of China (PRC) as Military Aid Gratis to the Kenya Army at Kahawa Garrison in Nairobi.

In his speech, the CS commended the PRC for their support which he noted marked an important milestone in the defence relation between the two countries.

He noted that the vehicles and engineering equipment will boost the capability of troops in the conduct of their mandate within and outside the confines of Kenyan borders.

“The capacity of a defence force in protection of the sovereignty of any nation lies with its personnel and equipment. Further, a highly motivated soldier coupled with the requisite tools of trade will endeavour to complete the assigned mission irrespective of the operating environment,” he added.

He also noted that the support will enhance troops’ morale and mission readiness.

“The Military Aid Gratis accorded to the Kenya Defence Forces (KDF) by the People’s  Republic of China goes a long way to enhance the mission readiness of troops in execution of their mandate,” said the CS.

The Chinese Ambassador to Kenya His Excellency Zhou Pingjian said that the profound friendship between Kenya and China has existed in the centuries, thanking the leadership of both countries for the good working relationship.

“I am proud of the wide ranging cooperation between the two countries, including that of the military relations. We are committed to focusing on the China-Kenya relations so as to promote peace within the region,” stated the Ambassador.

During the ceremony, the Deputy Army Commander and General Officer Commanding Eastern Command Major General Ayub Matiiri appreciated the military support in form of high quality military vehicles and equipment handed over by China to the Kenya Army.

He noted that the military aid gratis was a great milestone in supporting the KDF to sharpen the arrowhead as per the Chief of Defence Forces Strategic Vision in enhancing KDF mission readiness.

Those in attendance during the ceremony included a delegation from China, Senior Officers, Officers and Service Members. 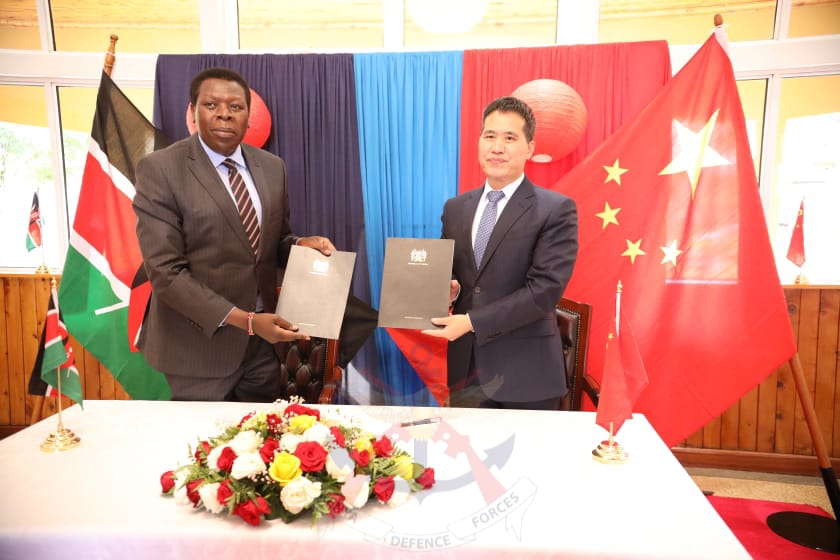 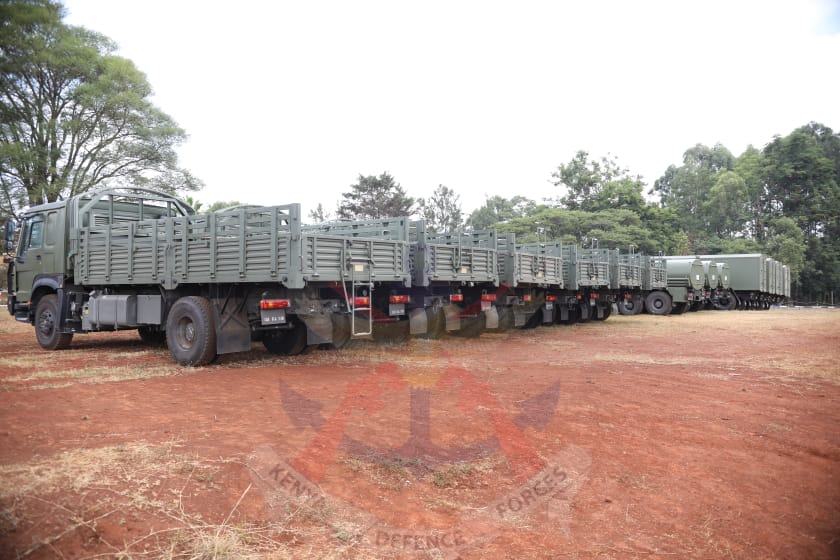 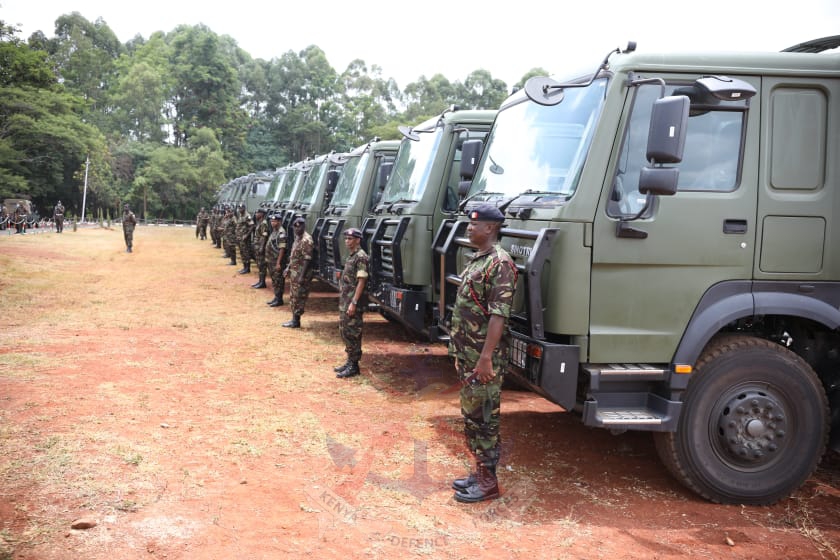 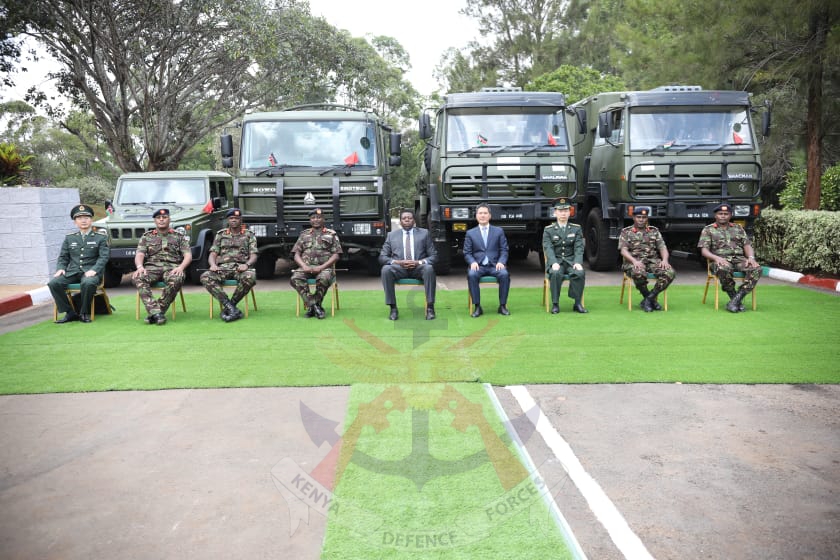 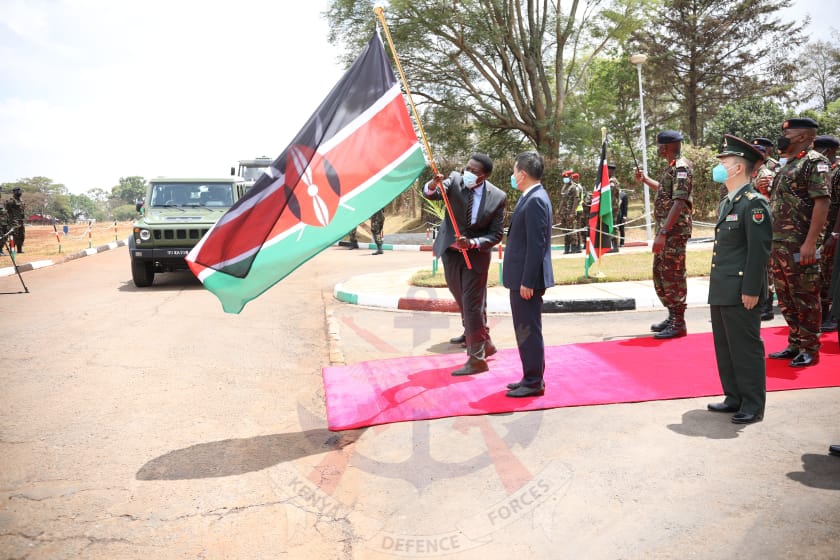 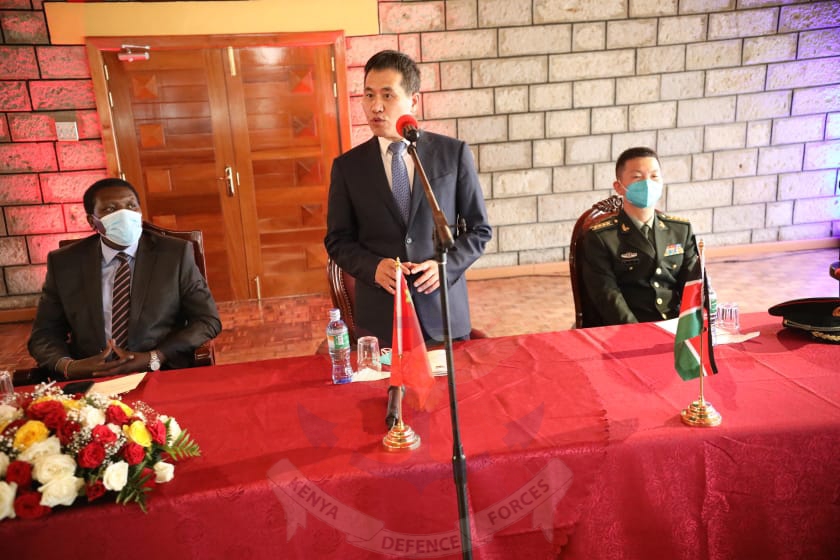