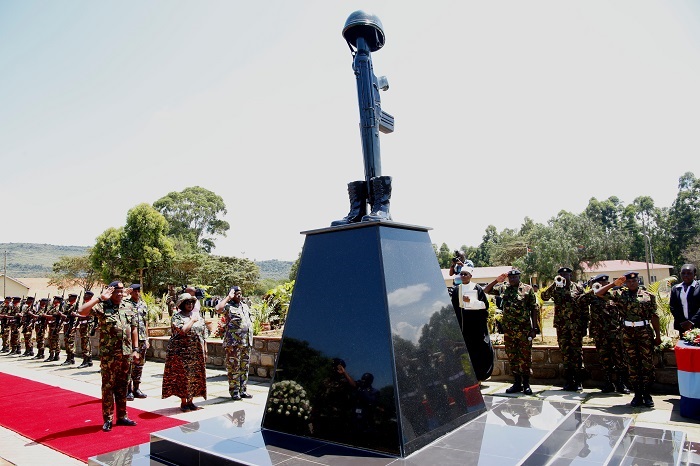 On 14th October 2018, President of the republic of Kenya and the Commander In-Chief of the Kenya Defence Forces (KDF), His Excellency Uhuru Kenyatta presided over the Seventh KDF Day held at Kenyatta Barracks, Gilgil.

KDF Day is observed annually to commemorate KDF fallen heroes and heroines and to celebrate the acts of valour and gallantry by the KDF Personnel. This special day has been observed since October 2012 following the launch of Operation Linda Nchi in October 2011. This was the seventh anniversary of the KDF Day and this year’s theme is, “Enhancing KDF Capability to Create an Enabling Environment for the National Development Agenda.’’

President Kenyatta underscored the importance of celebrating the great heroes who dedicated their lives to serve Kenya but died in line of duty. While presenting certificates of recognition to outstanding service personnel, the President also thanked the families of the brave men and women for supporting them as they carry out their duties, adding that KDF will not relent in the fight against terrorism. “Our region continues to experience major security challenges emanating from terror networks. The networks continue to target our people and create fear. We will continue to maintain our presence in Somalia under AMISOM, until our security objective and those of international community are achieved,” he said as he unveiled and lay wreaths on a monument in tribute to the fallen soldiers. He went ahead to inspect a full guard of honour mounted by 9 Kenya Rifles (9 KR).

While speaking, the Cabinet Secretary to the Ministry of Defence Amb. Raychelle Omamo said that her appreciation goes to the soldiers for their devotion and sacrifice and stands to mourn those that have fallen in pursuit of peace for our country. She also wished those injured while protecting the country a quick recovery and gave an assurance that the ministry will continue to stand with the families of the fallen heroes. Her sentiments were echoed by the Foreign Affairs Cabinet Secretary Monica Juma.

In his speech, the Chief of Defence Forces (CDF), General Samson Mwathethe thanked everyone who joined KDF to celebrate the KDF Day. He assured the president and Kenyans at large that KDF will continue to deliver on its constitutional mandate of safeguarding Kenya’s territorial integrity. He quoted Former US President Lincoln who said in world war two, “A nation that does not honour its heroes will not long endure,’’ thus it was in order to have the KDF Day. 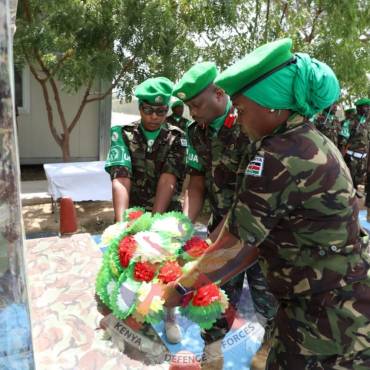 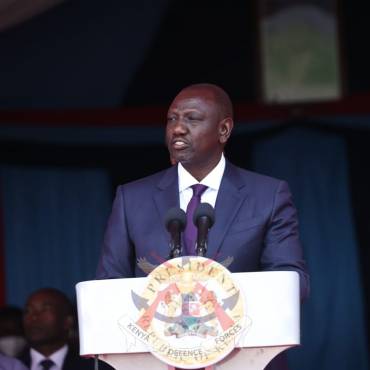