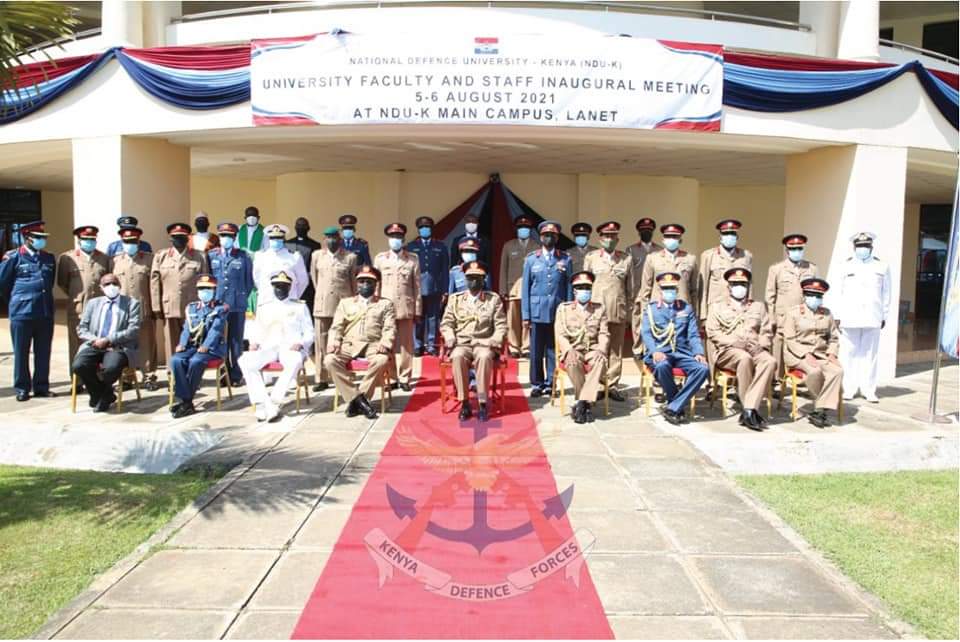 Lieutenant General Jonah Mwangi the first Vice Chancellor (VC) of the National Defence University – Kenya (NDU-K) on 5th August 2021 presided over an Inaugural workshop and ceremony at the Kenya Military Academy (KMA) where the NDU-K headquarter is based.

The ceremony included a demonstration of instruments of authority and introduction of the newly appointed NDU-K staff to the university.

Among the instruments of authority demonstrated were the mace that symbolizes the university’s internal authority, University’s Logo which is a graphic mark representing the university’s name and corporate identity, the Seal which is an embossed symbol used as evidence that authority has been granted by the University Council and an accreditation report which outlines the various parameters of accreditation and the extent to which the university has confirmed to stipulated universities standards, guidelines and regulations as well as the NDU-K flag with the three service colours.

In his address the VC expressed his confidence in the appointed team terming them as education giants who are ready to work diligently to deliver on the NDU-K vision and mission.

“The University’s establishment comes at a time when conflict resolution require modern warfare measures. NDU-K will provide strategic defence and security education towards bringing up a resharpened generation with new ideas and technology,” said the VC.

He added that for the university to serve effectively, be a think tank and provide national security training, there is need to collaborate with like minded institutions and agencies.

The NDU-K was awarded the University Charter in May 2021 by H.E Uhuru Kenyatta, President of the Republic of Kenya and Commander-in-Chief of the Kenya Defence Forces making it the first Specialist University in Kenya. It will offer graduate and post-graduate courses aimed at preparing military and civilian leaders for current and emerging security challenges, admitting both local and international students. 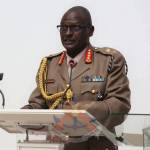 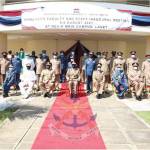 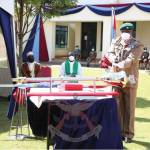 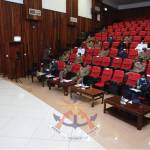