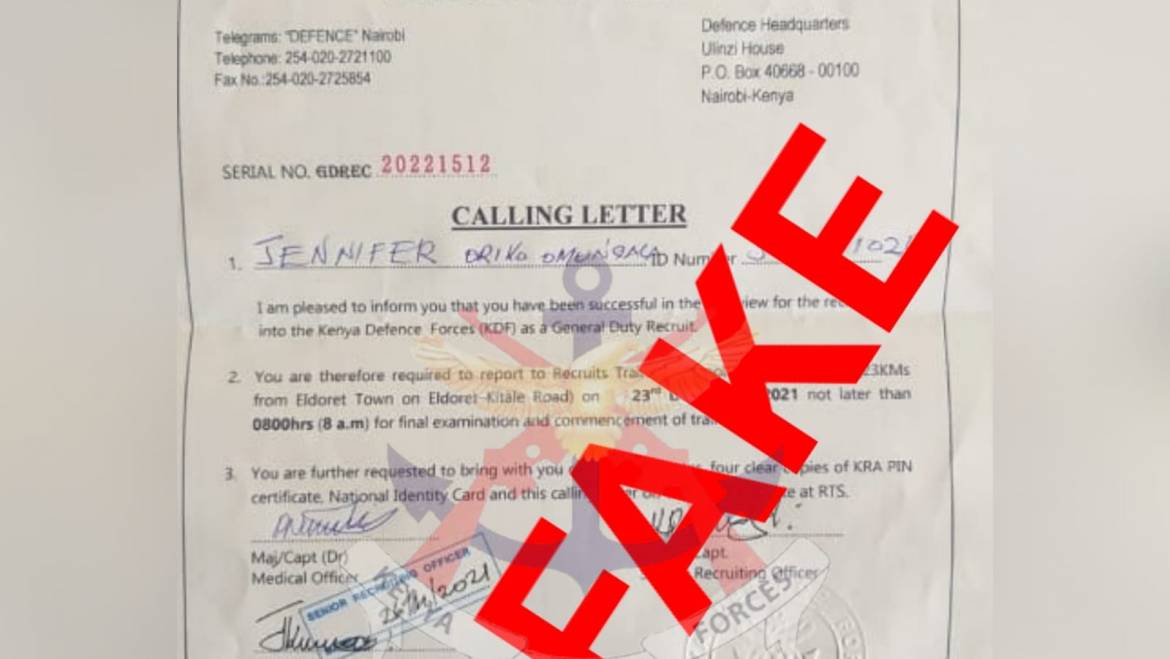 The suspect, while in possession of a fake KDF calling letter, was attempting to con a female victim Ksh. 400,000 in the pretext of securing her daughter a slot in the just concluded KDF countrywide recruitment exercise.

He is currently in police custody awaiting presentation to court for prosecution.

KDF reminds all Kenyans that the recruitment exercise has been concluded and any person purporting to assist anyone secure a slot into the military is a con and should be reported to the nearest police station or through the KDF hotlines: 0726419709/0120300599. 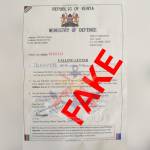 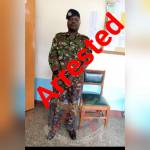