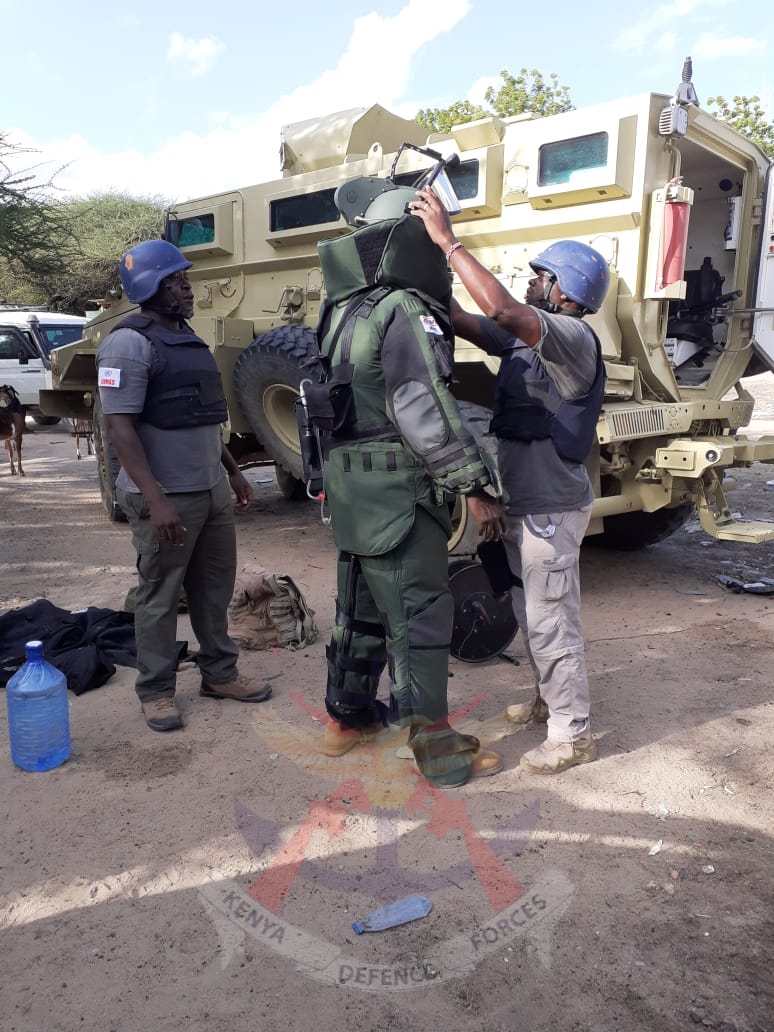 The Improvised Explosive Device was mounted on the chassis of a Toyota Surf and is believed to have been targeted at ATMIS troops and Somalia Security Forces (SSF) who have intensified the fight against the Al Shabaab terrorists in Sector II.

Addressing the locals after successful removal and safe detonation of the explosive device, the Mine Action Officer Captain Annceta Munywoki reiterated KDF’s commitment to work together with Somalia Security Forces in protecting and safeguarding locals from such incidences.

Dhobley town residents together with the local administration, appreciated KDFs efforts in securing them. They noted that the protection of lives is a major indication of brotherhood geared towards peaceful and mutual co-existence. 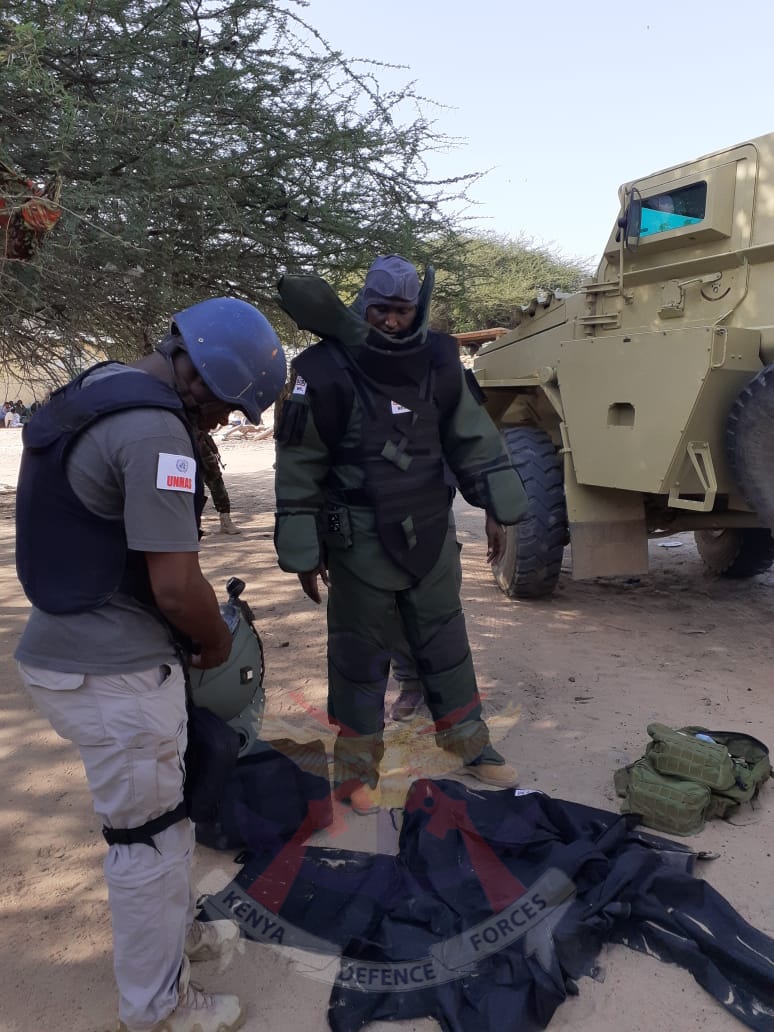 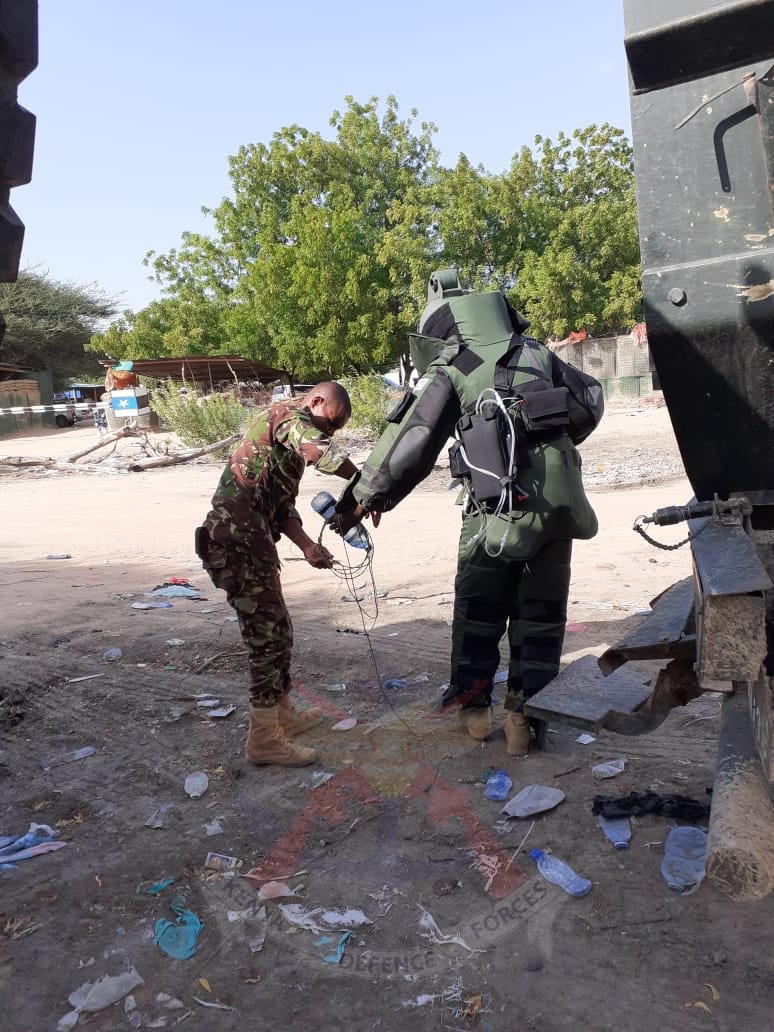 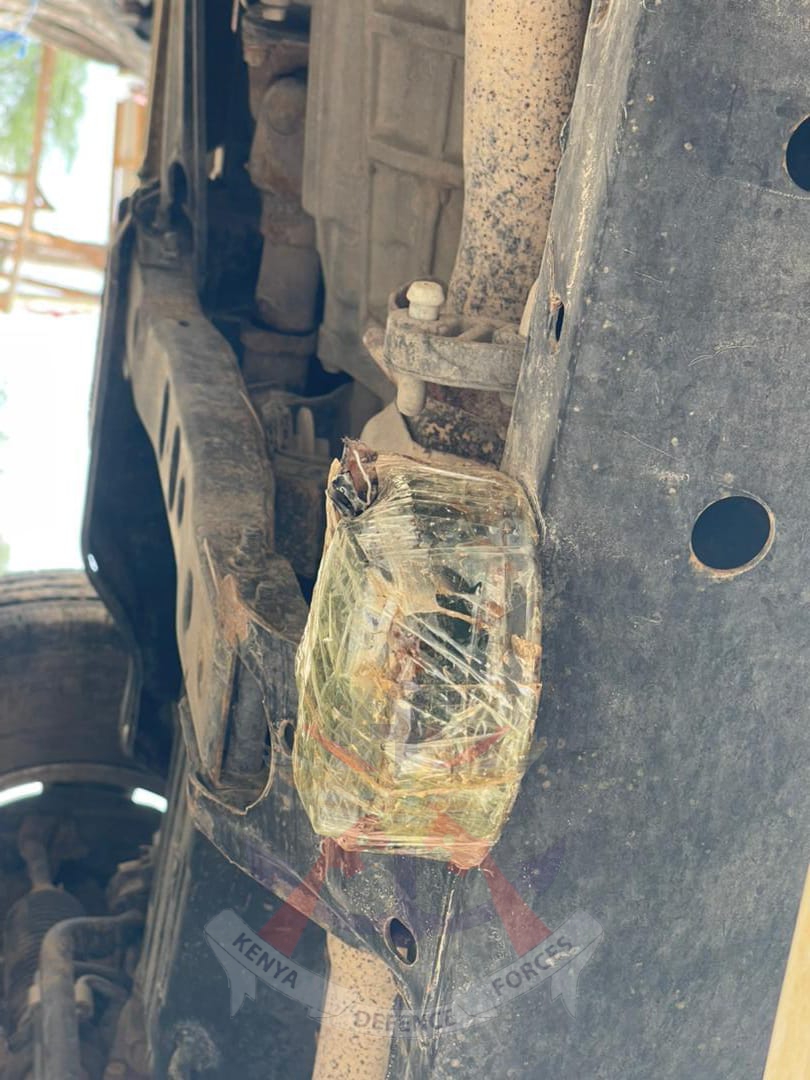 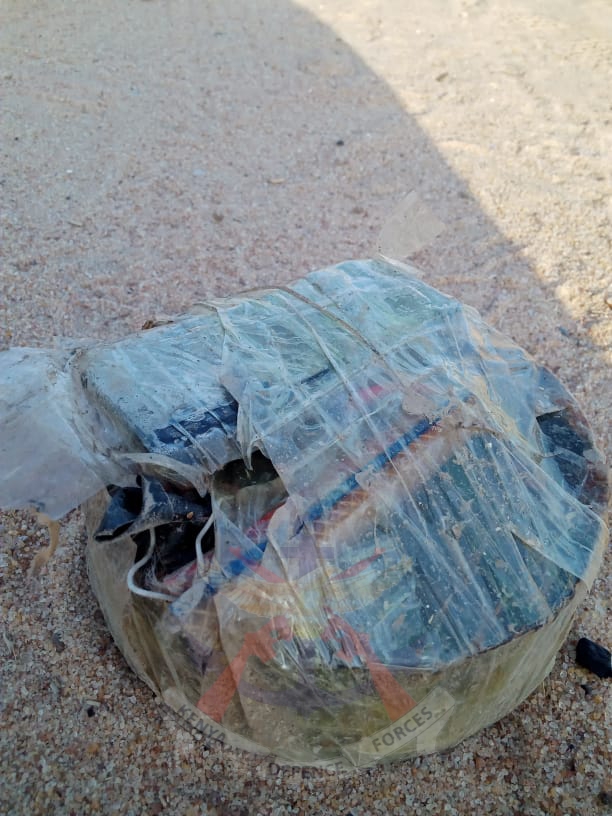 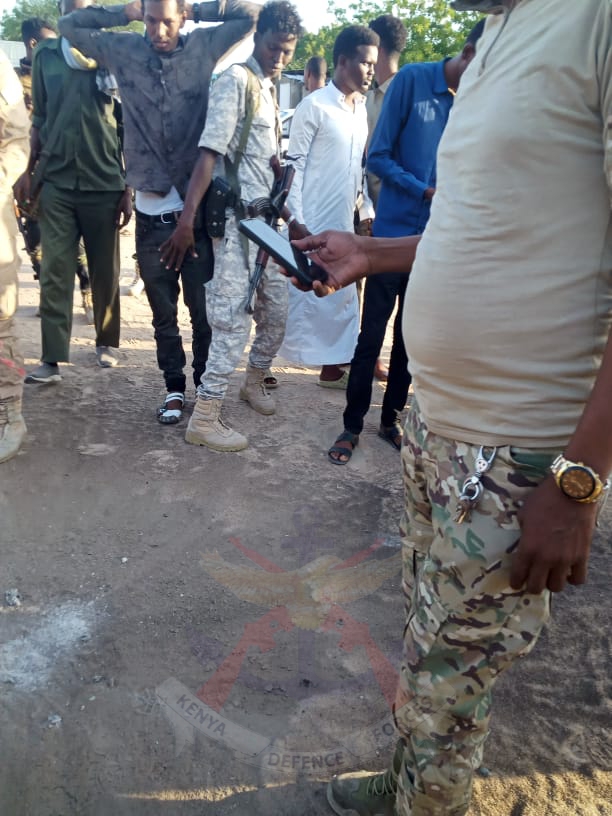 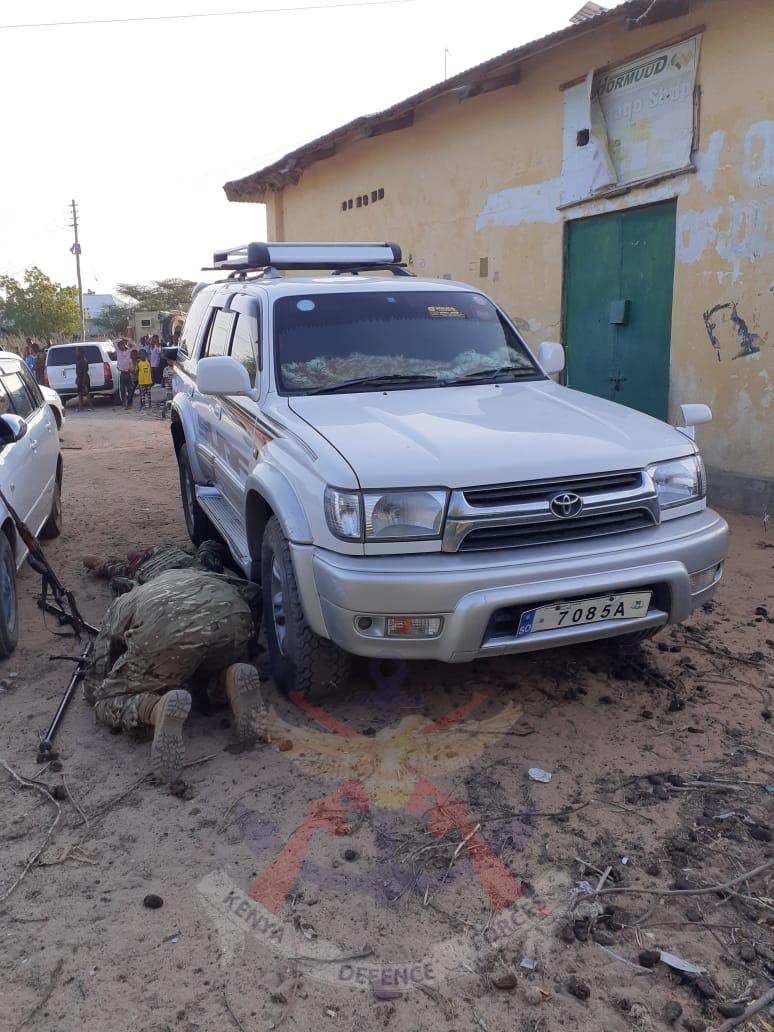